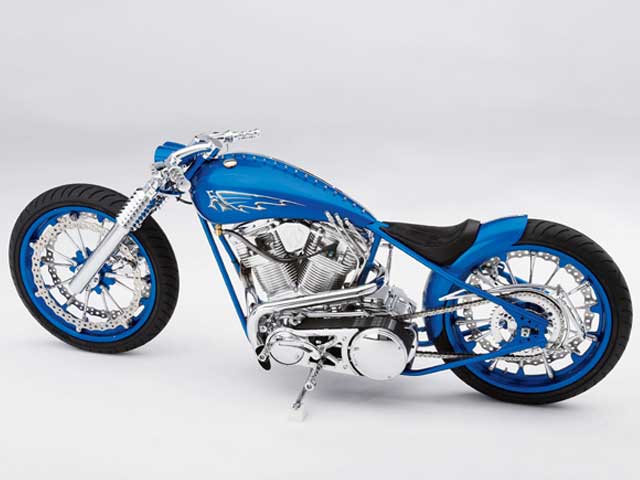 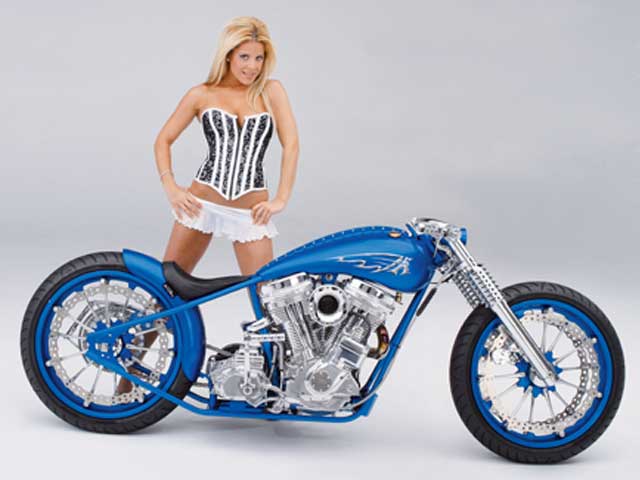 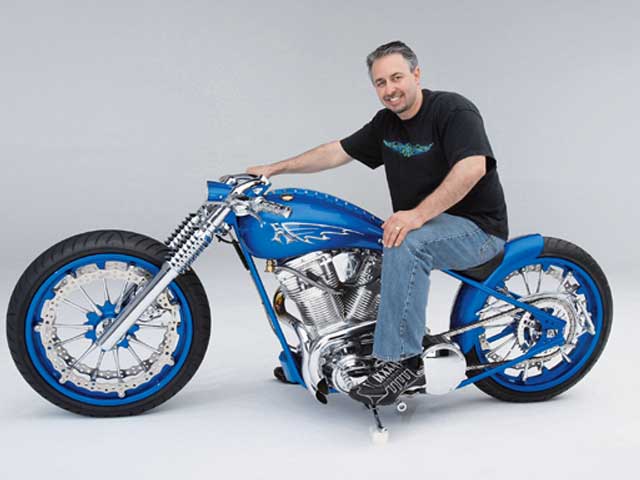 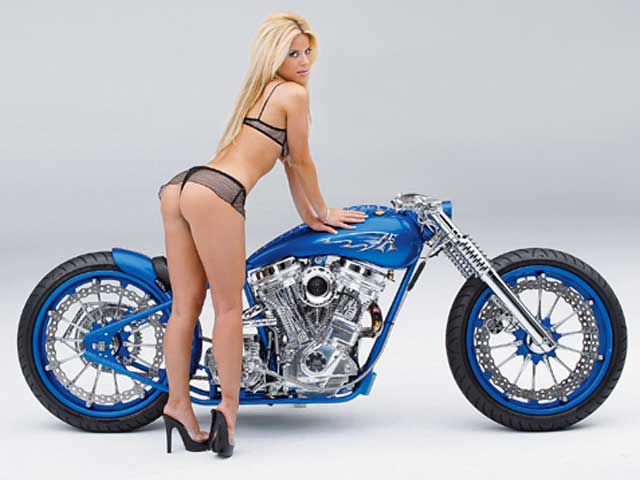 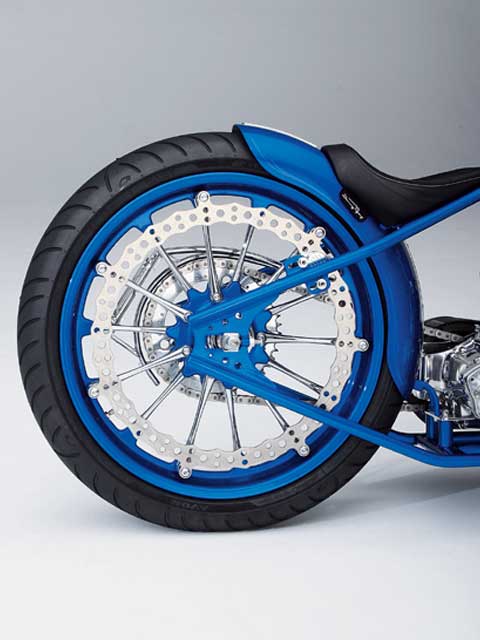 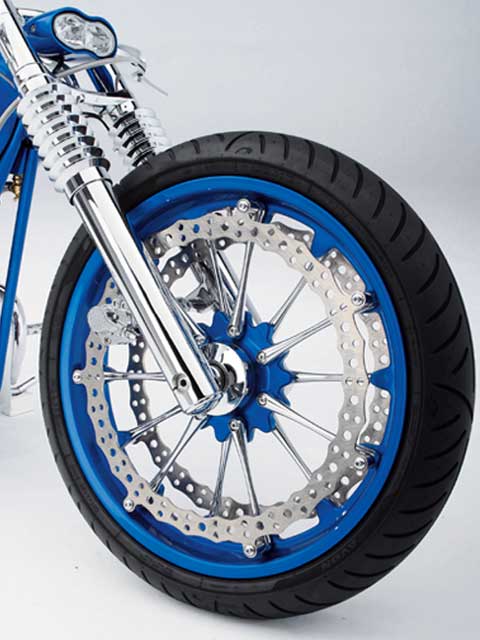 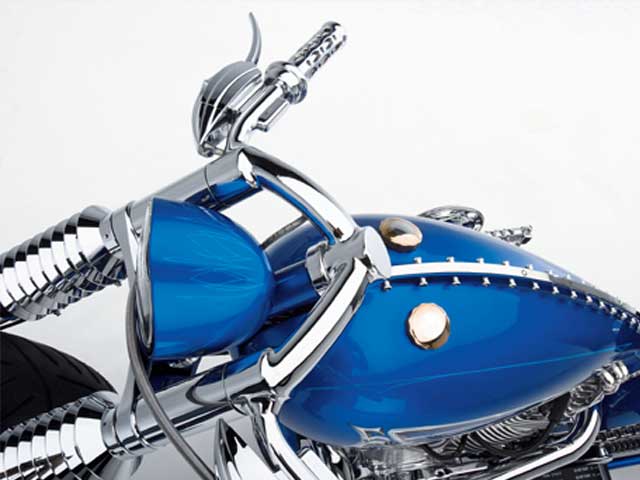 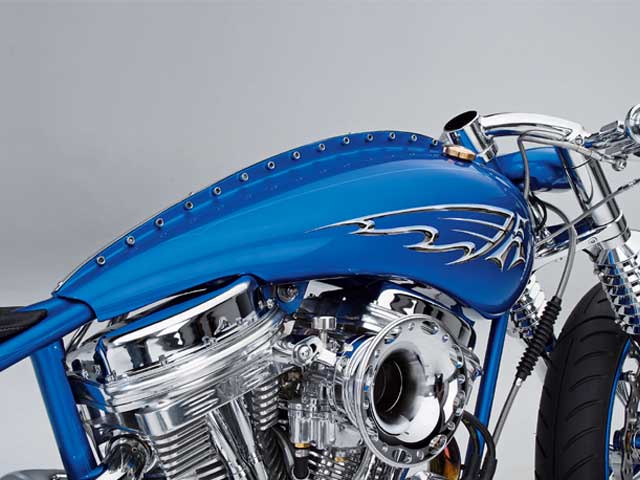 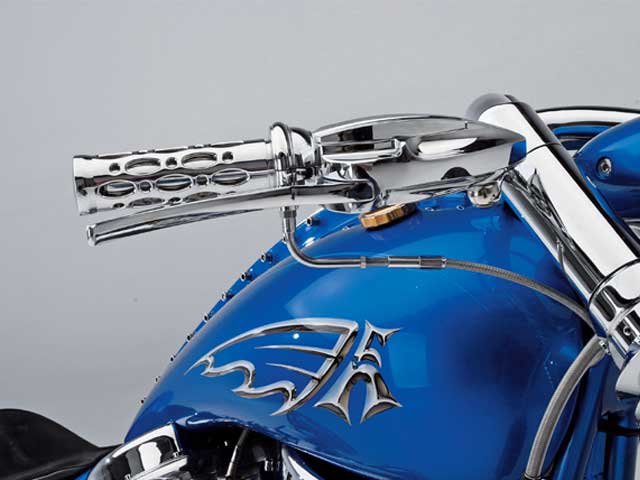 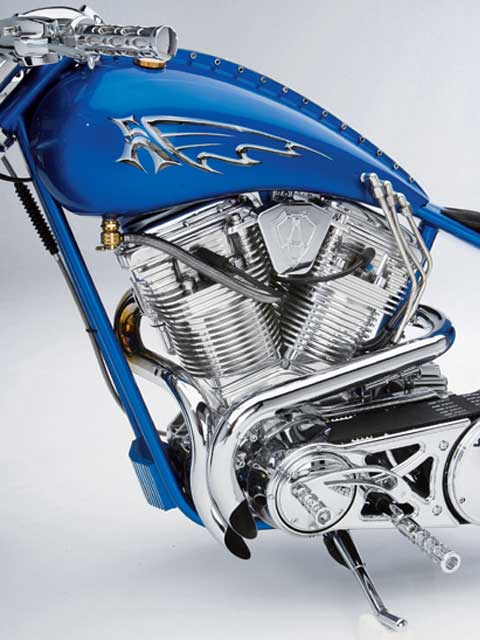 **The family business
**Those of you involved in one know how much of a headache it can be. The Discovery Channel has entertained us with the loud-mouthed antics of a certain bike-building father-and-son duo (and trio). However, there’s another family business that’s pretty much a household name in the motorcycle industry. If you haven’t already guessed who we’re talking about, it is the Ness team. Arlen and Cory Ness make a formidable team when it comes to building bikes. We’ve featured many customs from the Ness clan over the years, with several making the cover. The Arlen Ness catalog is now more than 250 pages and showcases thousands of products. The Nesses have opened up shops in Miami, Las Vegas, and Daytona, and have created a partnership with Victory Motorcycles. Arlen’s business sure has come a long way from painting custom bikes part-time in his garage with the earnings he won as a professional bowler.

And Cory-well, considering that he was born into the business, it’s no surprise that he’s following in his father’s footsteps, not to mention being the chief designer behind everything from Arlen Ness Enterprises today. In fact, Cory’s first bike feature was in our sister publication, STREET CHOPPER, when he was just 15 years old. He told us that most of his time these days is dedicated to product design, but his biggest passion is still designing customs. It’s not easy when what you love most has to take a back seat to the busi-NESS-but hey, Cory’s got things to do.

Just because you reach the top of your game in the industry doesn’t mean you aren’t constantly challenging yourself to be better. After all, that’s how Team Ness has continued to expand all these years-constant innovation. We all know there will always be a steady stream of challengers for the title of “The Best.” It’s a never-ending battle of shows, build-offs, and various competitions. A prime example is the Artistry in Iron show held in Las Vegas, NV. For bike builders, it’s basically the Super Bowl of shows. It’s where the top builders in the industry pull out all the stops by building the best show custom they can. It’s a great place to get the recognition of their peers, since the judging is based on one vote per builder.

Obviously, when going into this kind of competition there are high expectations placed on a guy such as Cory Ness. Comfortable with the pressure, all Cory really needed was a starting point to get his build going. Just when he was about to build in one direction, though, he came across a frame sitting in the shop. It was a ’75 Ness rigid with 45 degrees of rake in the neck and 5 inches added to the backbone. This was one of his dad’s frames built some 30 plus years ago, and it was just sitting on a shelf waiting to see the light of day. Cory had been thinking about building a thin-tire bike for some time, and this frame fit the bill perfectly. Once the decision was made to build a thin-tire bike, it was all or nothing for Cory. He wanted to build a bike that would push the styling to an extreme. The bike needed to carry the thin theme throughout its construction. He would incorporate different styling cues such as the smallish 7/8-inch-diameter frame tubing; tall, narrow tires; slender fuel tank; and perimeter brake rotors, along with the short bobbed rear fender and close-fitting handlebars. Newly inspired, he ditched his initial plan and grabbed the rigid frame.

Cory began by grinding all the old tabs and mounts off the frame; with what he had in mind for the sheetmetal, it needed to be done. You see, Cory was sick of all the fat-tire bikes that had overloaded the market. He wanted to build a bike with the feel of an old board-track racer. The suspension needed to be different from any of the other Ness frontends. To accomplish his unique frontend, he reworked the triple-trees. Cory attached the handlebars to a center post, with the neck post acting as the top tree, and then matched it up to the lower tree, which would hold the legs in place. The legs and lowers are from a stock FL, but the custom touch is a new set of Ness billet bootleg covers.

Many of the custom parts built for this bike are now available in the Ness catalog, including the billet Spoke Specials, with 21×3.5s for both the front and rear that are covered in 21x90x90 Avon rubber. Since Cory went with a set of wheels that were tall and thin, a set of perimeter rotors would look best, so he made a set of 21-inchers for both the front and rear. Once the chassis was ready for its powertrain, Cory pulled out the Patrick Racing catalog and ordered all the parts to build a 100ci Patrick motor. Cory really enjoys assembling the motors himself. Sure, he could buy a crate motor, but what fun would that be? For the most part this is an engine comprised of Patrick Motor parts, but Cory did choose to swap out a few items such as the cam and rocker boxes, as well as adding a Morris magneto. Cory then built a five-speed kicker transmission with a set of Roadmax gears stashed in a Delkron case. A Primo belt drive brought the motor and trans together. Wrapping up the motor was a set of custom exhaust pipes. Cory wanted the pipes to wrap around the motor to the left and front of the motor, keeping them off and away from the magneto.

Once the motor was in place, Cory started on the sheetmetal. Keeping it simple and clean, he trimmed down a Wernimont rear fender and kept the front bare. The gas tank holds gas on the right side and oil on the left. Both halves were then mounted to the frame, and brass caps were added.

When it was time for paint, it was done in-house. Would you expect anything less from the family that got its start as a paint shop? Exactly. Cory handled the paintwork, spraying on PPG blue with a hint of super mini-flake. Eric Reyes added custom graphics in silver with the initials “C.N.” incorporated in the graphics. With plenty of time before the show, Cory started on the reassembly of the bike. He added Ness hand and foot controls, along with an air-cleaner cover, taillight, and license-plate mount. To top it all off, he added a custom seat from Danny Gray. Don’t let the show-bike look fool you; this is one of Cory’s everyday rides. When he’s not running the shop or the Ness Empire, designing new parts and bikes, or traveling around the world, he likes to ride what he builds!

Doin’ It In The Dirt

“This was a personal project that was built one piece at a time over a five-year period. We build and […]