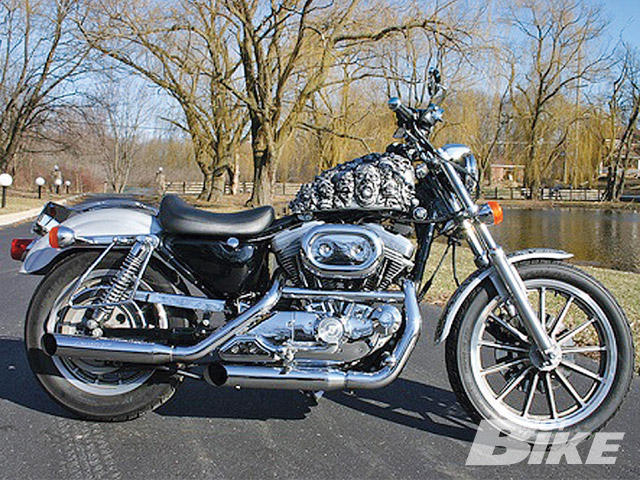 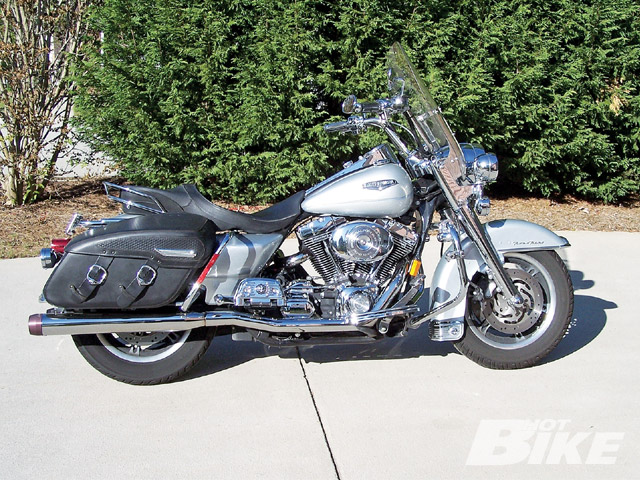 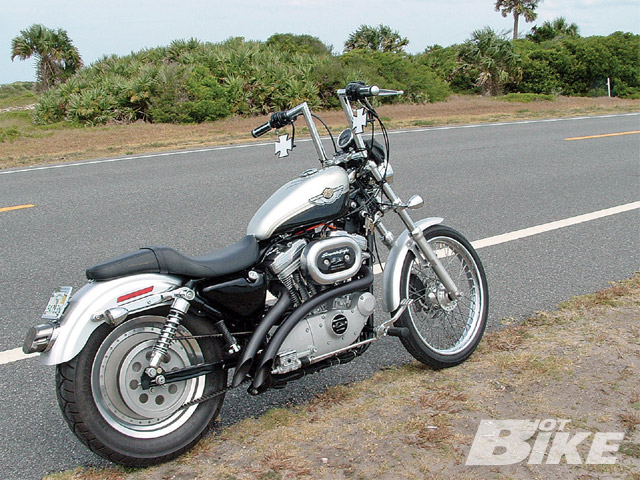 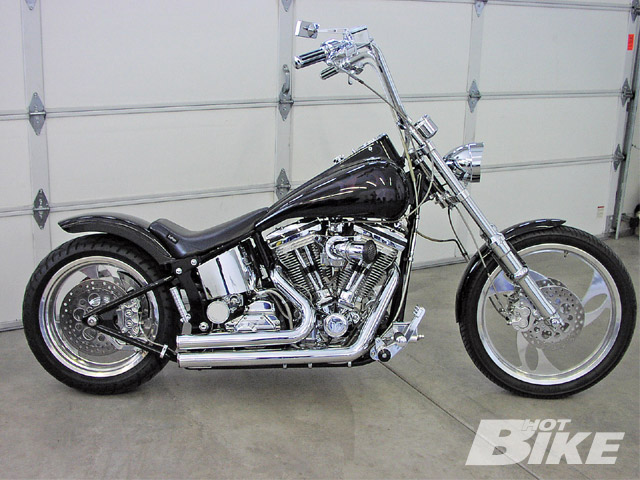 Attention, Hot Bike Readers!
We would like to start by asking you, the reader, to help us with your ride submissions. There is no shortage of Readers’ Rides coming across the editor’s desks; however, only about 1/4 of them can be used. The reason: bad photos, little or no info about the bike, and even worse, no contact info to get better photos or the needed bike specs. So before you put a stamp on that envelope or send out that e-mail, make sure that you have filled out the basics: Your name, phone number and/or e-mail, where you’re from. Then fill out a spec sheet-all you need to do is copy the info from the magazine: Motor, tran, frame, wheels, and so on. Last, a brief history about you and your bike. Now that you know exactly what we’re looking for, we can’t wait to see what you’re going to send in. Thanks!

Call It Art
Bill Pozzo is an artist from Chicago known for his work with large-scale dioramas and fiberglass sculptures. So when he bought a new Harley-Davidson Sportster 883 he saw a blank canvas to show off some of his art skills. Bill wanted to build a custom gas tank and with his artistic skills he was able to fit over 20 faces onto a small Sportster gas tank he called it “Lost Soul.”

The Long Haul
Biff Kinney is one of those guys who likes to stuff a T-shirt in a bag and take off riding all day. Sometimes he makes it back in time for dinner, sometimes he doesn’t. His wife was tired of eating dinner alone so she decided to jump on the back and go with him. However, Biff felt that his Softail was not the best ride for the both of them on these unplanned trips so now he had a reason to get a second bike. This 2004 Road King Classic found its way into Biff’s life and it was just what the couple was looking for.

Young Rider
Getting your first bike at the age of 16 is not uncommon but when you’re lucky enough to get a Harley at the age of 16 that is pretty cool. Tyler Lowe is that lucky kid and his goal is to make his ride as ol’ school as he can. With a little help from his dad he plans to have it that way by summer when school’s out. The chicks will dig it!

Three Times To Get It Right
When Sal Messina bought his ’97 custom Titan new, he felt it was custom. Not long after he was out riding he came across the same bike with the same color. Later that night he was looking to change the bike’s paint. Well that was good for about a year but then he swapped the sheetmetal and added new paint. Then Sal got tired of the bike and the way it looked, so he added the third set of sheetmetal, handlebars, wheels and paint. Sal feels it is now a custom bike, at least for the time being.

“I found myself throwing this bike into corners, jumping curbs, and splitting lanes like a madman.” “The generous power and […]