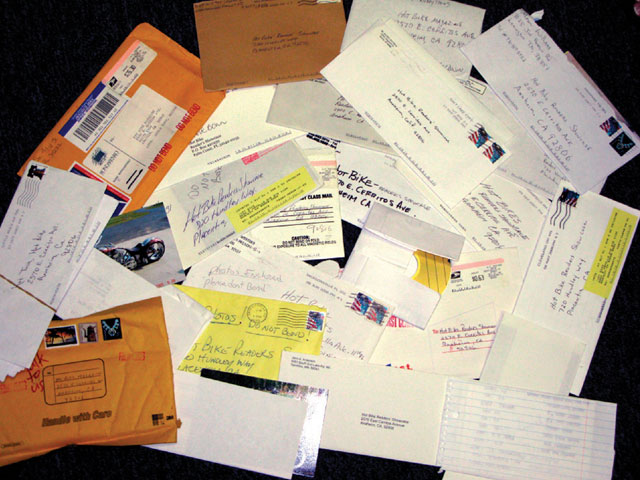 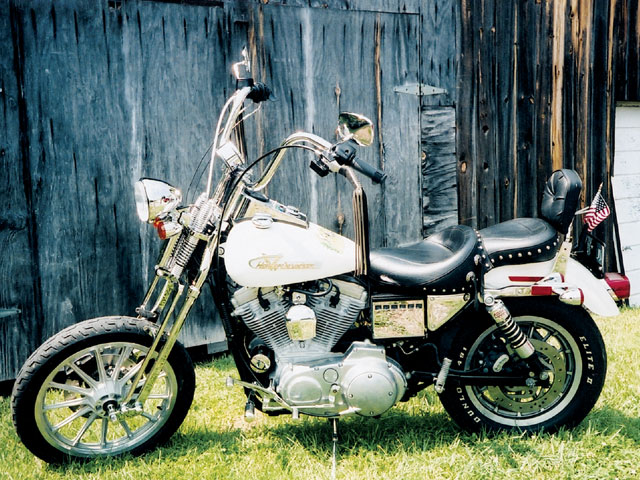 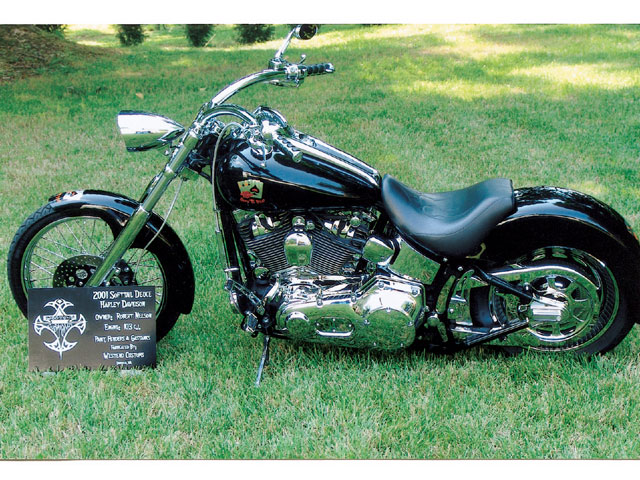 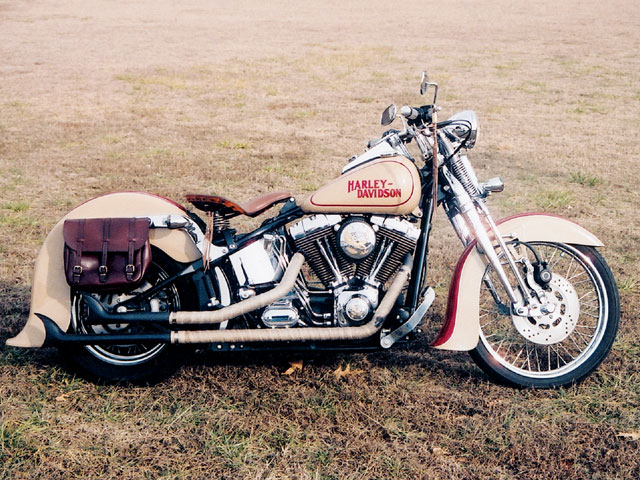 The Springster
Owner Jerry Marsh got his hands on this XLH in late ’02 and started to ride the hell out of the bike. It was a stock H-D with a stock frontend, but after seeing Springer bike after Springer bike, Jerry wanted that look for his motorcycle. Never seeing a Springer on a Sportster before made it even cooler to have one. After a few calls to Paughco, the right size Springer was shipped out. Not long after the frontend was on the bike, the sheetmetal was sent off for new paint. At this rate the bike may never get done, but Jerry is cool with that.

Deuce’s Wild
When owner Robert Nelson picked up this ’01 Deuce, he knew that he wanted to keep the bike looking like a Deuce, but also wanted to work the sheetmetal to get a custom look. So all the sheetmetal was sent over to Westend Customs, where the tank was reworked to add a few inches, the fenders were stretched, and the taillight and plate were frenched in. Then all-new braided cables and lines were added. Finally, the bike was slammed in the weeds with an air ride system, giving him one wild custom ride.

Earp’s Steel Horse
If Wyatt Earp were alive today, what would he ride? How about a steel horse built like this? The owner, David Earp (no relation, of course), wanted a bike with the feel of the Old West, which is why he added these colors to the bike. Then he added a set of tooled leather mailbags and a custom leather covered seat. Not quite the horse of the past, but a cool ride to have out on some country road.

Cold in Canada
With lots of time and little money, Cory Fulham tackled building this bike over a few cold Canadian months. He took just over two years to work out his plan to get this bike done; he had the time, just not the money. When Cory started this build it was the start of winter and he planned on having it done by spring of that next year. However, it was finished in spring of the following year, but who’s really counting, anyway?

Many styles dictate bikes. Maybe you’re into period-correct choppers, with every last slotted screw and cast-aluminum part eBay’d onto your […]

For this project, the frame has a stock rake and no stretch in the backbone or downtubes. Jeff Wiley was […]

Harley-Davidson Cruise Control Kit – Give Your Throttle Arm A Break

The Ever-Changing Face of Moto Media