2003 Harley Softail from the Archives 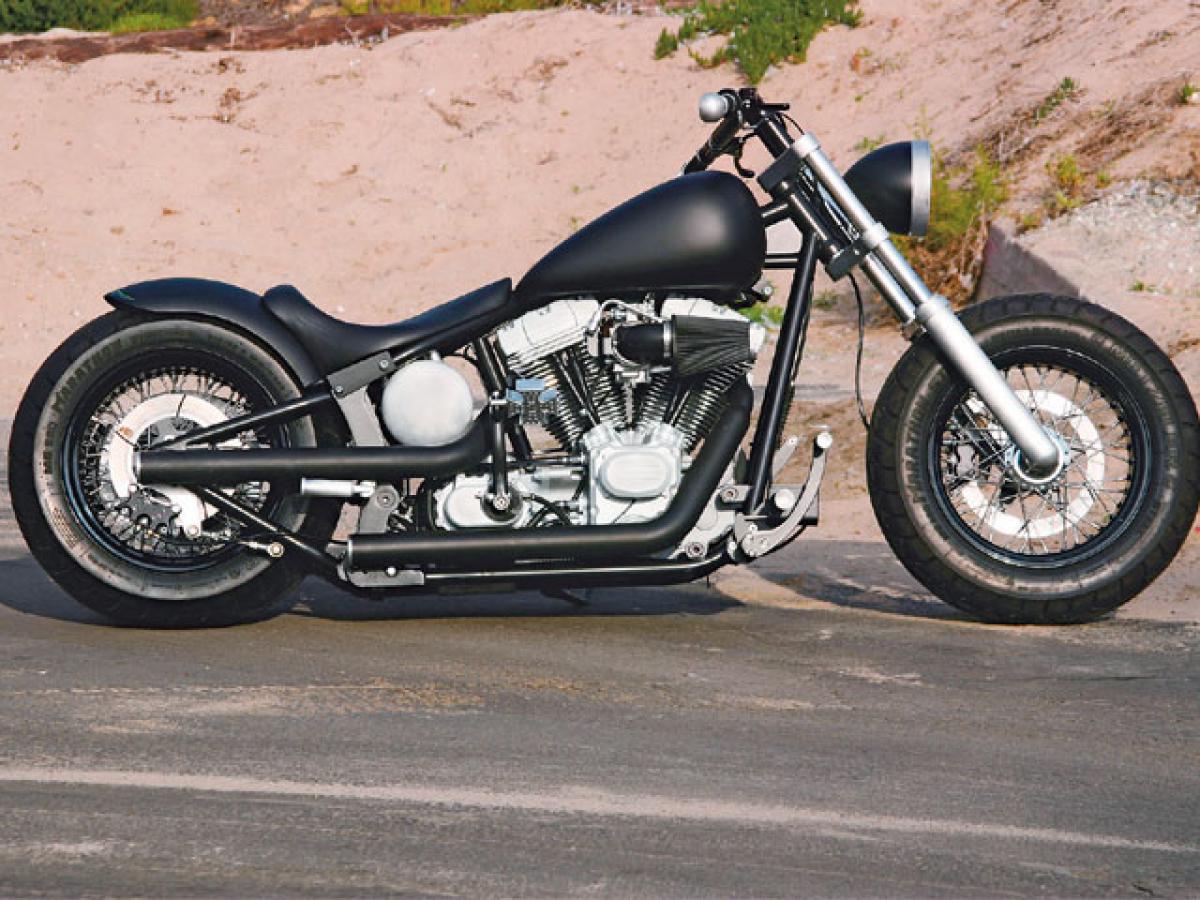 Beefy up front and out back.

Some things go better as a team than by themselves, like peanut butter and chocolate or beer and pizza, for example. And that bit of wisdom applies to Anthony Bastieri’s ride from Schwartzkopf Exclusive Customs (SEC) in Marina del Rey, California, which is a pretty ambitious meld of ideas into a great package. Taken individually, his reasons for combining these cool individual parts aren’t all that rare (lots of folks like kickers or Twin Cam motors), but the pieces come together in a unique package that you don’t see at every event. First and foremost, he wanted the fattest ride possible (hence the 180 front rubber). But he also wanted a very reliable mill (hence the Twin Cam 88) with the classic touch of a kicker.

Bastieri originally went to Exile Cycles for this build, but for various reasons they couldn’t take on the project. So he hunted around until he met SEC owner Eric Schwartzkopf, who was more than happy to hook him up. The project took place in 2003 when Twin Cam custom frames weren’t exactly growing on trees. Eric was hard pressed to find one but fortunately Diamond Chassis had a design in the works and provided him with one of their first TC units.

As far as finding a fat front end made for a 180 tire, Bastieri had already solved that on his own. HB Parts in Huntington Beach had made one for him by the time he found SEC. But getting the rolling chassis done was easy compared to converting the Twin Cam to kick-start only. Stock TC starters work off of a crank position sensor that has to make two complete revolutions in order to start the bike; hooking into the motor conventionally would mean having to get two complete cycles out of a kick in order to turn the motor over and that wasn’t going to happen. Eric handled that problem by going to Vulcan Products who provided a conversion kit that extends from the rear cam so that Eric could run a conventional starting system thus allowing the bike to start on one revolution.

With the kicker issue resolved, the rest of the bike fell into line with comparative ease. Both Eric and Anthony were proud of the end results: the former for rising to a new challenge as a builder, and the latter for seeing his fat ride brought to fruition.

Find plenty more Dynas and other customs in our Bikes department.

The new model takes the Indian Roadmaster and adds leather saddlebags, a new leather trunk and all of the technology […]

Update on our Project 1989 FLHS Build

Our project 1989 FLHS is coming along at a good pace. All our parts have been chromed by True Finish […]