2004 Special Construction JS Customs – The Demon And His Dad 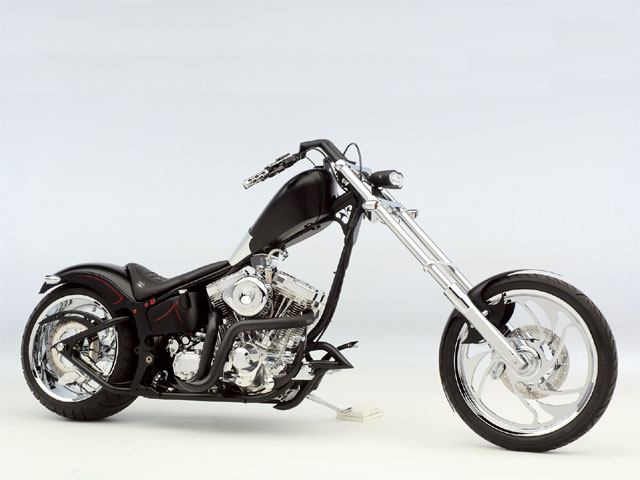 For some, custom bikes are a recent passion; for others, it’s something that’s in our blood, a trait we’re literally born with. A previous generation of bike enthusiasts virtually guarantees motorcycles will be part of the next. Those with a two-wheeled pedigree know very well that bikes are not just something we do, it’s something we are. Guys such as Juan Salcedo, who spent a childhood on the back of his father’s bikes, are ultimately damned to repeat the cycle. The upside is that each generation gets a little better at it, and “El Demonio” is a perfect example of this progression. Juan set out to fulfill his destiny to not only ride, but build as well (see, we told you that each generation gets better). Having to do it after traditional work hours and with little experience or tools was not enough to prevent or even slow down this build. “Tools can be bought, and sleeping is for the retired,” Juan figured as he hefted a KraftTech Softail-style chassis into his garage.

Out of the box, the chassis sported 38 degrees of rake and 8 inches of stretch. Not one to be satisfied with out of the box, Juan broke open some of the new tools and hacked out the downtube. Dual tubes now became one twisted inch-and-a-half piece of cold-rolled steel. Twelve-inch-over forks and Pro-One Demon’s Tooth wheels soon transformed his metalwork into a roller. Fenders received the same amount of cutting as the frame, and the tank sports a custom steel wrap. Naturally, this much chassis and bodywork justified an appropriate motor, and a 124-inch S&S; proved to be up to the job. Named after his childhood moniker, El Demonio (little demon), the bike was completed in a surprisingly short three months and has become a rolling tribute to his dad, Fernando. The motorcycle gene certainly passed on to the next generation.

This year, do your holiday shopping from the comfort of your home. Dremel Amazon is already offering great deals on […]