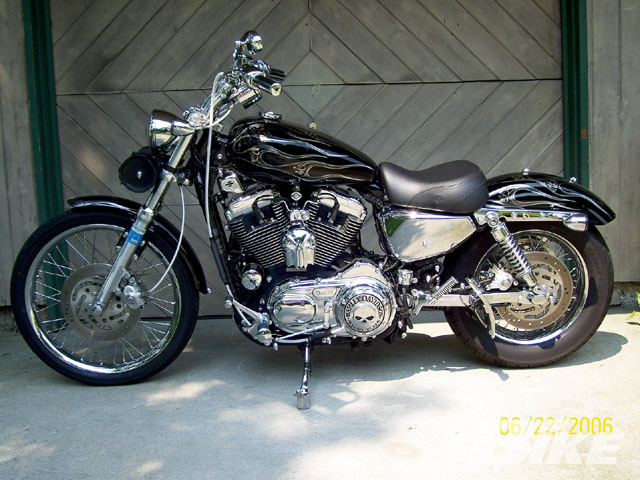 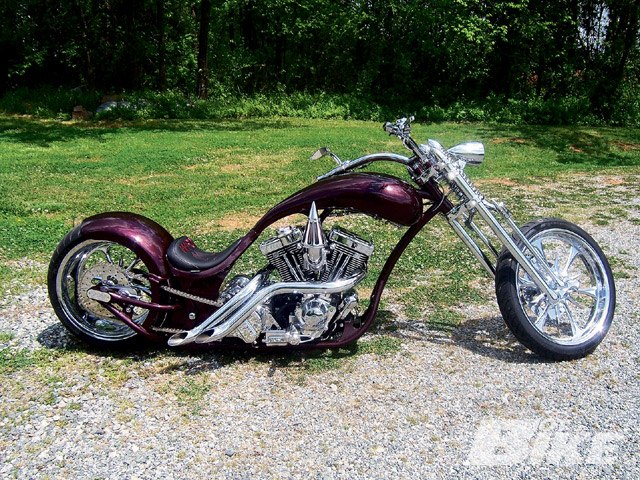 I love Chrome and Skulls
After 25 years of riding an old Honda 750KB and dreaming that it was a Harley, Kenny Peck finally saved up and got a Harley-Davidson Sportster. As with anything he owns, Kenny had to make the Sporty as different as he could. First, S&S; pipes and an air cleaner were installed, next came a chromed swingarm, drive pulley and belt guards, followed by hand and foot controls, the mirrors, and finally swapping out for stainless steel cables. Then it came down to the paint. Kenny wanted it to be black with flames and skulls, as many skulls as he could. There are 78 skulls throughout the bike. As you can tell, Kenny loves chrome and skulls.

Close to Hanging out With Jesus
Travis Loftis, a deputy sheriff in Rockingham County, North Carolina, was on duty and in the line of fire when a AR-15 round went through his vest and into the middle of his back taking out one of his ribs, part of the lung and blowing the liver all to hell. Travis remembered one thing while lying in ICU, which was his father-in-law had told him if he makes it out of this then they would build the bike of his dreams. His father-in-law, David Truitt, is an old gear head that has been fixing bikes for years and wanted to build a bike. With a lot of prayers and good doctors, Travis made it out OK and then as soon as he was back on his feet, the two of them built this custom. As far as Travis sees it, he is in heaven every time he is riding his life saver.

** For Everyone, Not just for Pro’s**Recently introduced for both Softail and Dyna machines, Pro-One’s billet tank panels are certain […]

We all take pride and joy in our motorcycles. Unlike our four wheeled vehicles, we tend to put more time, […]