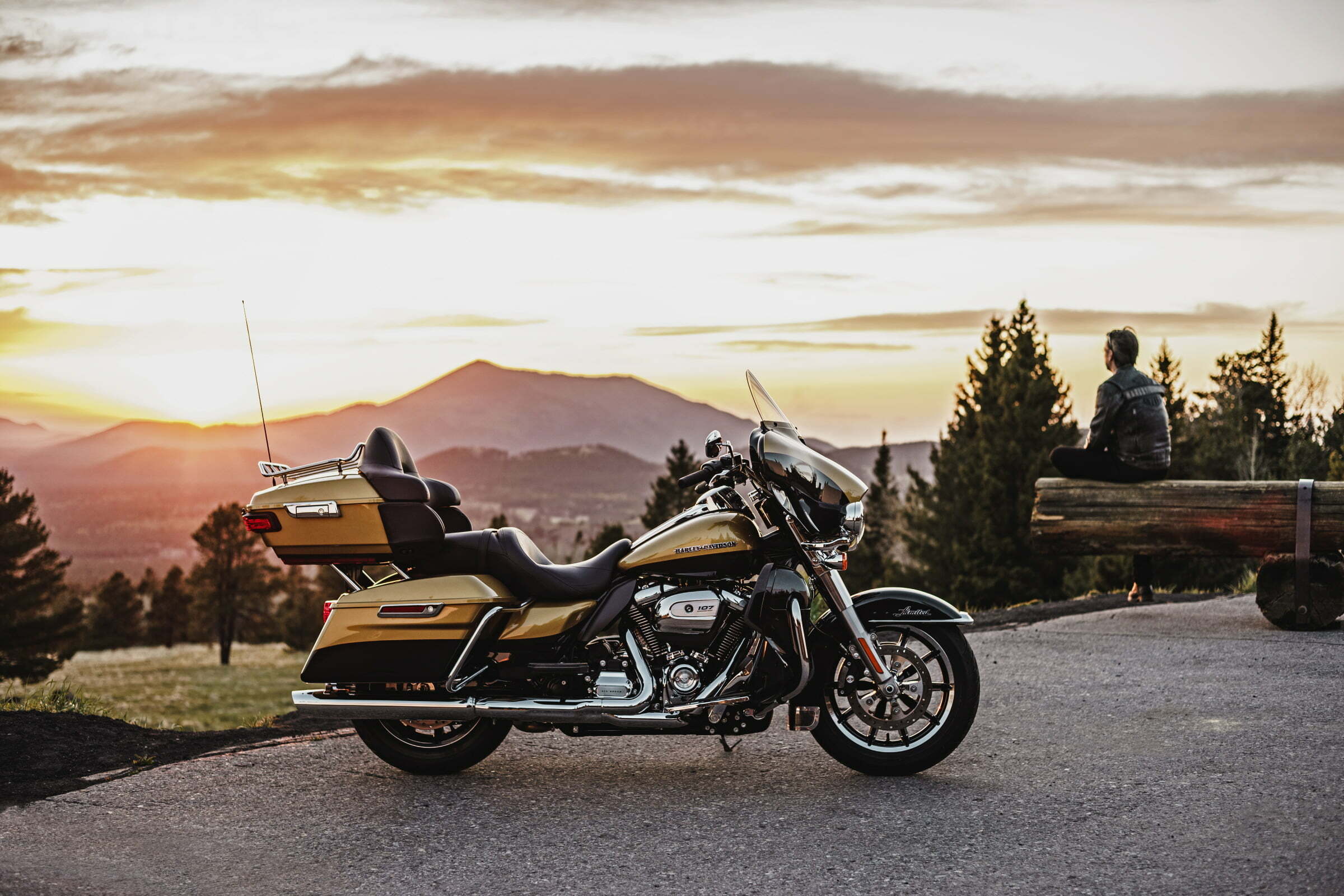 In addition to the Milwaukee-Eight, Harley also talked about the baggers its going into.

You may have gathered from yesterday’s media storm all over this here Internet that Harley-Davidson launched a new motor. Along with the Milwaukee-Eight engine unveiling, though, Harley-Davidson also announced other changes for the 2017 baggers and the rest of the lineup. It breaks down like this:

Powerful Cruiser Lineup: With the High Output Twin Cam 103 standard for all 2017 Softail models and Dyna models (U.S. models only) except the Street Bob model and the S Series cruisers with the Screamin’ Eagle Twin Cam 110 engine, Harley-Davidson continues to offer its most powerful cruisers ever.

“We want all riders to save the date of Sept. 23,” said Dino Bernacchi, Director of U.S. Marketing at Harley-Davidson. “That weekend, Harley-Davidson dealers across the country will host open house events so riders can throw a leg over our Model Year 2017 touring motorcycles and feel the difference of the all-new Milwaukee-Eight engine for themselves.”

To experience the transformation of the 2017 Harley-Davidson models now, visit h-d.com/testride to schedule a test ride.

** Not all models are available in all countries. Please contact your local Harley-Davidson dealer for more information.

FAB28 Industries is a metal fabrication shop specializing in handcrafted exhaust systems for Harley Davidson® motorcycles.All pipes are handmade in […]

A series of videos and photos documenting the makeover of a 1200 Sportster purchased off Craigslist on the cheap. Watch […]

7 Motorcycle Cleaning Kits To Get Your Bike Sturgis-Ready

Some folks trailer their bikes to Sturgis, while others choose to ride all the way to the rally. Whichever one […]

Under The Radar: Fineline Cycles