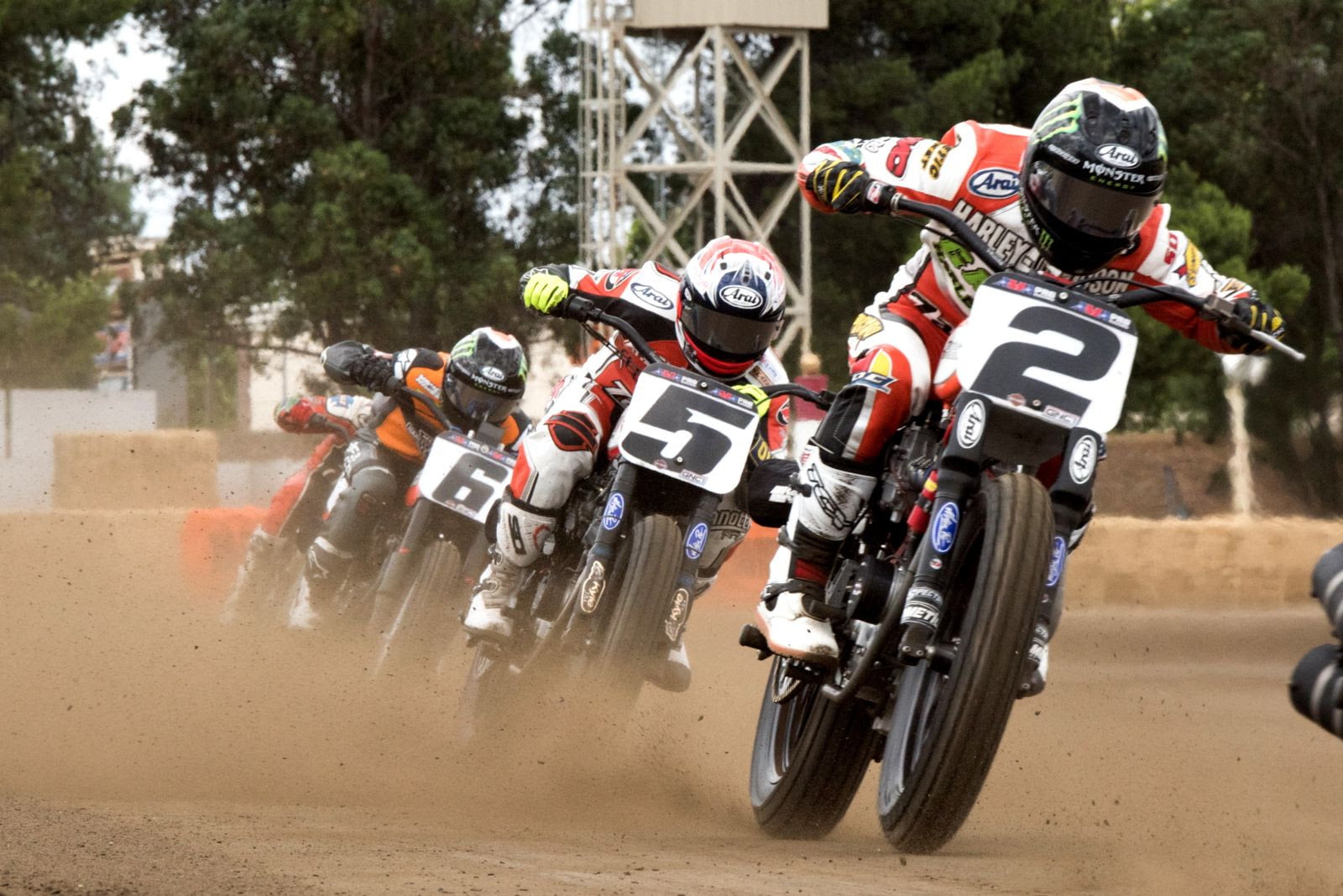 Harley-Davidson is named the Official Motorcycle of AFT Twins as part of a multi-year partnership extension with American Flat Track.

Harley-Davidson has been named the Official Motorcycle of AFT Twins as a part of an expanded, multi-year partnership renewal with American Flat Track.

With Harley-Davidson’s involvement and history with American Flat Track since the sport’s formation in 1954, the brand is continuing its position to support the resurgence of the sport through the upcoming season.

“American Flat Track and Harley-Davidson share a common vision for the future of our truly American sport,” said Michael Lock, CEO of American Flat Track. “2017 marks a new era, with a re-imagined class and event structure, broadcast coverage to 90 million homes through NBCSN and a renewed partnership with one of America’s most iconic brands. Now is the time for a whole new generation to fall in love with this great American tradition.”

AFT Twins headlines American Flat Track events, and at all 18 rounds next season the world’s elite dirt track motorcycle racers will battle handlebar-to-handlebar on prototype twin-cylinder motorcycles. As American Flat Track enters its 64th consecutive year of competition, Harley-Davidson looks to build on its 679 victories in the class.

Harley-Davidson has made a strategic commitment to the continued growth of all aspects of the sport. As the entitlement sponsor for eight rounds on the calendar, the Milwaukee-based manufacturer plans to activate the largest dealer network in the industry to drive consumer engagement through activation at and around American Flat Track races.

“For more than 100 years, Harley-Davidson has been racing to entertain fans, build enthusiasm for the sport of motorcycling and prove the capability of the motorcycles we sell,” said Scott Beck, Harley-Davidson Director of Global Brand Marketing. “Most of that history has been built around Flat Track Racing in America – where racing is at its most accessible and exhilarating form. We are racing to inspire Harley-Davidson ownership among the next generations of young riders. It will be an amazing AFT season this year.”

“I’m excited to be one of the riders helping to push the XG750R to the front of the field,” said Robinson. “I’m sure I’ll be battling with Kenny and Jake to see who can make history and score the first win aboard the new bike. I’ve learned a lot racing against them. Now we’re working together to bring home a championship for Harley-Davidson.”

American Flat Track and Harley-Davidson will also integrate a new racing element into the event schedule at select rounds: the Harley Hooligans. The Harley Hooligans represent a perfect marriage of flat track and grassroots racing, giving amateurs the chance of a lifetime, sharing the stage with the world’s best dirt track motorcycle racers.

Designed from the ground-up to deliver extreme wear resistance, the new Hardline™ pocket knives are constructed with a D2 Steel […]

4 Victory Customs from the pages of Hot Bike