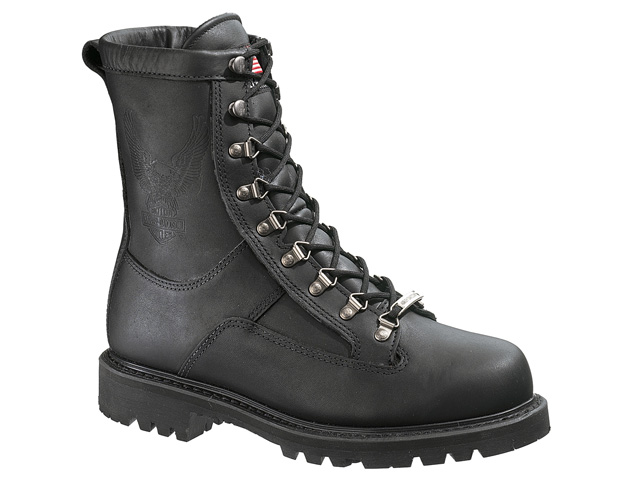 Harley-Davidson Footwear will be featured during the upcoming season of “Two Wheel Thunder.” The show premieres on Monday, June 7 at 8 p.m. on Discovery Network’s HD Theater.

The opening episode will feature the host, Jay Barbieri, visiting Wolverine’s Big Rapids, Michigan manufacturing facility as well as the Rockford, Michigan corporate office. During the visit, Barbieri following the production line from start to finish. He was filmed operating manufacturing machines and interacting with all the employees that help to make footwear in Big Rapids. In Rockford, a segment was filmed featuring Barbieri and Harley-Davidson Footwear designer, Steve Bui working on some future product designs.

Barbieri will be wearing the “Walter” style of boot that is completely made in the Big Rapids factory. During the series he will showcase his boots while attending events around the country and also putting them through the paces of extreme conditions. The final episode will feature Barbieri, Country Music Recording Artist, James Otto and Harley-Davidson Footwear’s Vice-President of Sales, Hobie Burgnon riding from Nashville, Tenn. to Daytona, Fla. through rain, snow, sleet and hail.

The audience will view first hand how the Walter boot withstands harsh riding environments in actual riding situations. Harley-Davidson Footwear maintains the Walter boot is one of its extreme riding styles. The final episode will show the results as Barbieri will show the effects on the boot.

Tech TIG Welding 101 Skill Level: Advanced More so now than ever people are taking the plunge and buying their […]

Here are the Victory Motorcycle dealers in your area – click below to browse their websites, request a quote, schedule […]

Exhaust for Our Project Springer