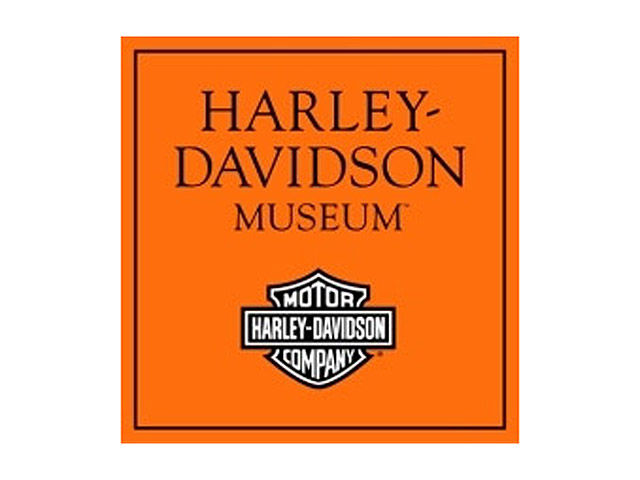 MILWAUKEE (May 19, 2011) -With more than 108 years of history, Harley-Davidson is bound to have some interesting pieces buried deep in its Archives. Even the most dedicated motorcycle enthusiast is in for more than a few surprises when the special summer exhibit, Collection X: Weird, Wild Wonders of the Harley-Davidson Museum, opens June 11. The motorcycles, leathers, and accessories for which the Company is known make up just a small fraction of the hundreds of artifacts that will be on display in the 10,000-square-foot Garage exhibit space at the Museum through August 21.

The never-before-seen prototype bikes that were created as concepts but never manufactured or sold are sure to get bikers and engineering enthusiasts talking. History buffs will revel in the early 20th century motors – Harley-Davidson made motors for everything from lawn mowers to military drones – as well as the vehicles, old photographs, and riding goggles, belts, and other accessories. And fans of pop culture and anything that’s out of the ordinary, interesting, and offbeat will enjoy the huge variety of unearthed items, from t-shirts, belt buckles and folk art, to inventions like the brake light helmet.

“Harley-Davidson’s rich heritage is filled with many unique and little-known business endeavors,” said Bill Davidson, Vice President of the Museum. “I couldn’t be more excited about the Harley-Davidson Museum hosting this summer’s exhibit and displaying for the first time the items that represent these different ventures.”

The Cyclone Motor-Sled, “Pop’s Trolley”
This 10-foot-long canvas-covered spruce sled is one example of the many uses found for Harley-Davidson motors over the years. The motor-sled was sold as a kit by the Mead Company in Chicago in the 1930s, and $38.50 bought the entire sled, except for the countershaft, propeller and engine. The sleds were powered by Harley-Davidson motorcycle engines – some of these engines came from owners’ motorcycles that weren’t being used in the cold winter months in the Midwest. This particular sled is painted blue and white, with the moniker “Pop’s Trolley” on the side.

Harley-Davidson Prototypes
A concept vehicle from the early 2000s with two front wheels and one rear wheel and another from 1981, are two examples of the prototype bikes that will be on display, showing a unique facet of Harley-Davidson product development, engineering and creativity.

_All-Leather Chopper from Red Moon in Japan _
This 3/4 scale chopper replica is made entirely from leather, from the wheels to the frame to the headlight. Even the spark plug boots, chain, fuel valve, and tools in the tool bag – all functional – are made from leather. The piece was handmade in 2000 by artisans from Red Moon, a Japanese company that specializes in leather products. It took 20 craftspeople more than two years to complete the piece, which was created as a tribute to Harley-Davidson in celebration of Red Moon’s 10th anniversary.

_1913 electrical transformer from Harley-Davidson factory in Milwaukee _
This 8-ft, 8,000-lb electrical transformer helped power the Harley-Davidson factory (now its corporate headquarters) in Milwaukee from 1913 through the 1990s. What’s most impressive is that up until this year, the transformer was still being used as back-up power at the Juneau Avenue building. Visitors to the exhibit will see the nearly century-old transformer next to a photo from the day it was delivered to the factory from General Electric Co. in New York in 1913. At that time, when the industrial age was booming, the Motor Company boasted about being the largest individual user of electrical power in Milwaukee and the only company in the city to have an electrical furnace.

_June 10 – Members-only preview _
Members of the Harley-Davidson Museum will have the chance to see the exhibit a day before the general public, with a members-only preview and reception taking place at the Garage exhibit space from 5-7 p.m. For more information on becoming a Museum member, visit www.h-dmuseum.com and click “Become a Member.”

_July 23 – Untold Stories: Meet Frank Fritz, American Picker _
Frank Fritz, one of the stars of the popular History Channel show, American Pickers, and vintage motorcycle collector, will visit the Museum to share stories about his career and his “picking” strategies as he travels the country in pursuit of rare and unique treasures. The program begins at 7 p.m. Tickets will go on sale for Museum members on June 2 and for the general public on June 6. The cost is $20 for Museum members and $25 for non-members.

Please note: Interview opportunities and images are available upon request

About the Harley-Davidson Museum

The Harley-Davidson Museum in Milwaukee, Wisconsin, is a reflection of American history and pop culture like you’ve never seen it before – through the lens of a true American icon and brand. Inspiring to riders and non-riders alike, the Museum offers a one-of-a-kind experience through dynamic exhibits, rare artifacts and an unparalleled collection of the legendary stories of America’s last century. The 130,000 square-foot Museum complex opened to the public in July 2008 and has been thrilling visitors ever since.

The Harley-Davidson Archives holds hundreds of thousands of artifacts, including more than 500 vehicles, nearly 25,000 pieces of marketing literature and other documents, over 12,000 pieces of clothing, accessories, and collectibles, and almost 150,000 pieces in the photo collection, including prints and film and glass negatives, and thousands of other items including recorded media, publications, and art.

The Harley-Davidson Museum is located at 400 West Canal Street and is open year-round. For more information on the Museum’s galleries, exhibits, special events, tickets, hours, and more, visit www.h-dmuseum.com.

Beaming In On Bad Dad – Under The Radar

Bikes from Gun N’ Roses, Godsmack to be Auctioned in L.A.