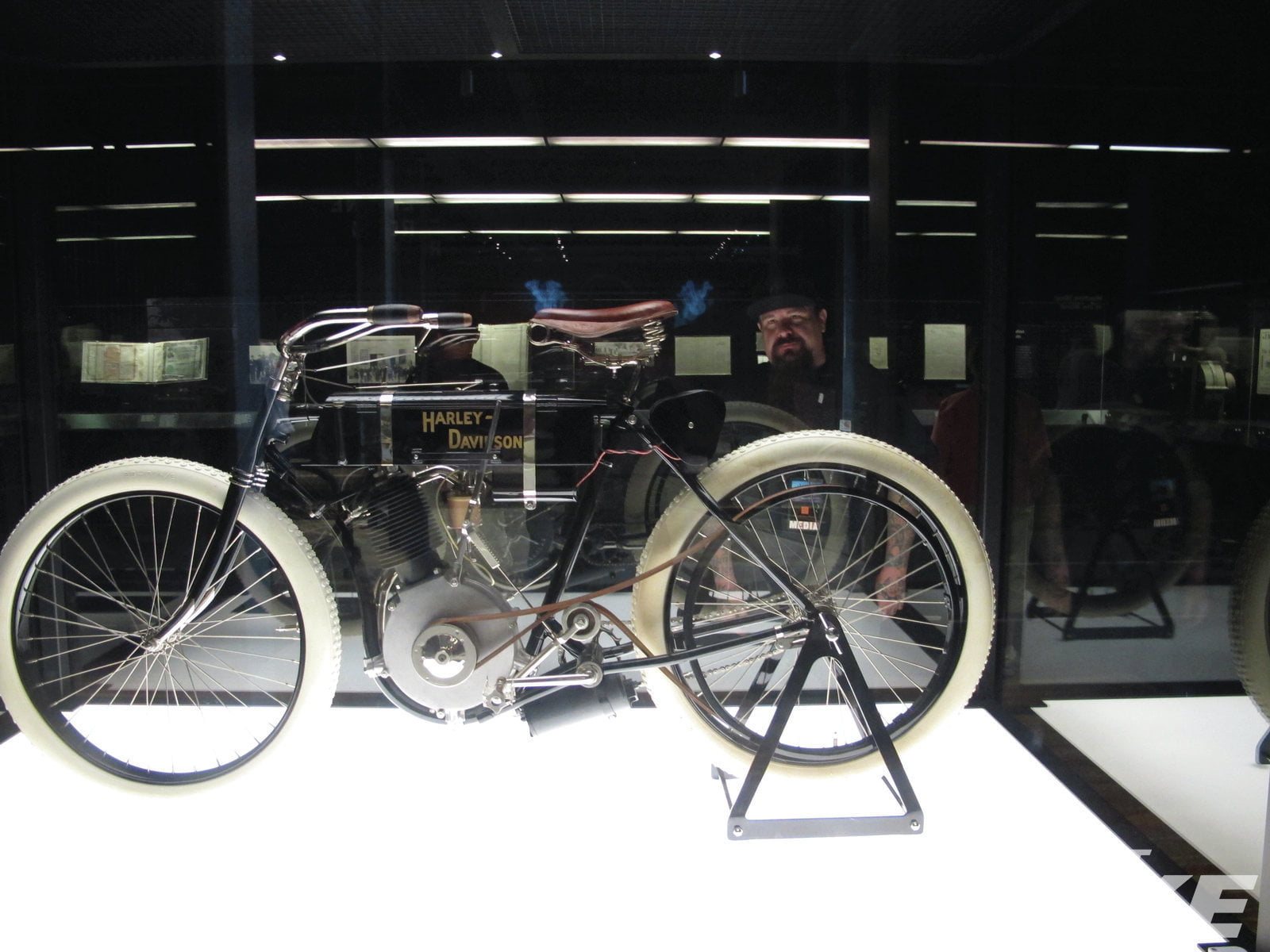 Yet again I am typing this here editorial on a flight high above the good ’ol US of A instead of being in the wind with two wheels on the pavement. Why, you ask? Well, I was fortunate enough to be invited by the H-D company brass to aid in helping the MoCo kick off its milestone 110th anniversary year-long celebration at the Harley-Davidson Museum in Milwaukee. Thousands were on hand to watch Willie G. launch the MoCo’s countdown clock and party down well into the night.

Coupled with the aforementioned commencement event, there’s going to be a myriad of other birthday celebrations planned worldwide with even a blessing of the bikes by none other than the Pope himself in Rome this summer. There will correspondingly be a ton more events all over the globe with the culmination taking place back where the kickoff started 365 days later in Milwaukee. Gigantic kudos go out to Harley-Davidson in bringing the show on the road and making it a year-long experience so motorheads everywhere can join in on the 110th fun.

While I was in Milwaukee, my H-D insider Jen Hoyer spared no expense of her own hard-to-come-by time in unearthing every Harley-Davidson treasure that I wanted to see. So much so that she drove me by the Juneau Avenue location where the first bike was made in a lowly shed on the corner of that very property. Yes, the shed is a parking lot now, in front of Harley’s corporate headquarters, but Jen knows what kind of H-D fanatic I am. Also knowing that I am an enormous H-D tech geek, Jen took me on the Steel Toe tour of the Pilgrim Road Powertrain Operations facility so I could see how they now build these famed V-twins.

My four days of Harley-coated bliss was topped off by Jen arranging for none other than the Harley-Davidson Museum’s head curator Jim Fricke to give me a personal tour that included a ton of behind-the-scenes artifacts and a stunning collection of bikes that the general public may never get a chance to see. Much has grown in the past five years since the H-D museum opened its doors and I was completely and totally blown away by the massive growing collection of bikes, literature, and artwork that the space houses. Think of it this way, they have one of each model from every year since H-D’s inception in 1903, not to mention race bikes, prototypes that never saw the light of day, and a ton of engines, painted tanks, and other classic componentry stuffed into every corner. It truly is the Mecca for motorcyclists and I suggest putting a Harley-Davidson Museum visit right at the very top of your to-do list.

With that said, checkout the rest of this issue of Hot Bike and let me know how you like what John and I have been doing the past few issues.

2004 Harley-Davidson Electra Glide – Debagged Photo: Ed Subias Every year we partner with a builder and fabricate a custom […]

01. To start the installation, Alan rolled the 2009 Dyna Street Bob onto the lift. The Street Bob’s top end […]

Indian Motorcycle today announced its sponsorship of the “Veterans Charity Ride to Sturgis.” The ride, intended to raise support for […]