Home » Uncategorized » For His Service To Our Country – Hot Bike Tech

For His Service To Our Country – Hot Bike Tech 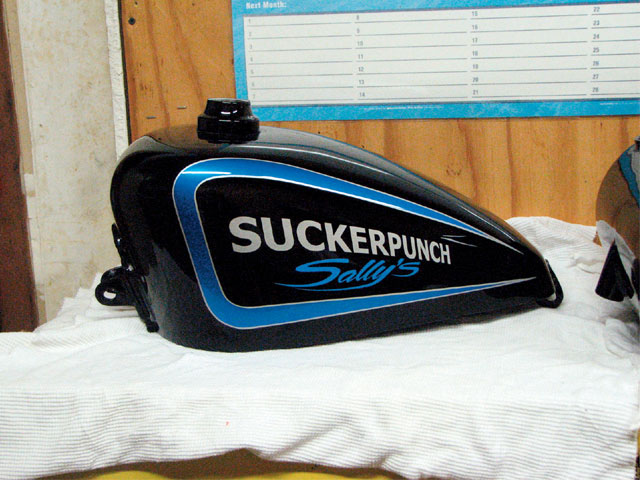 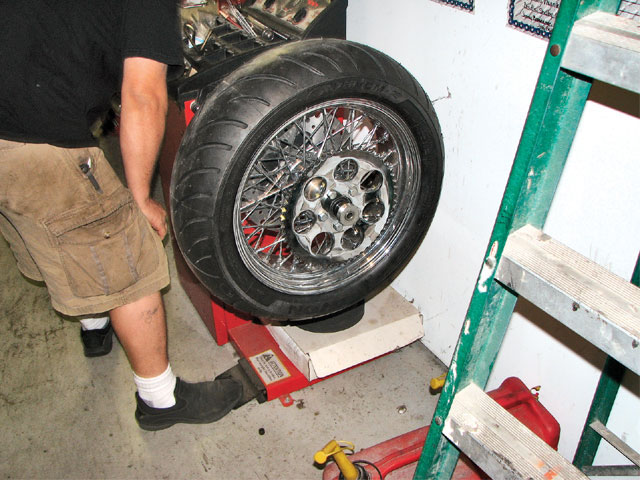 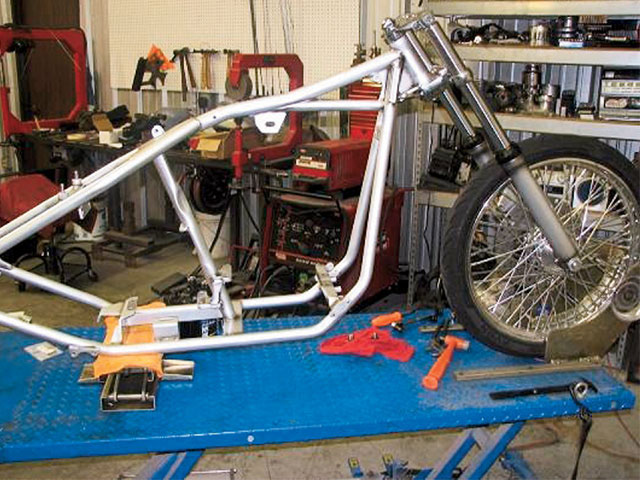 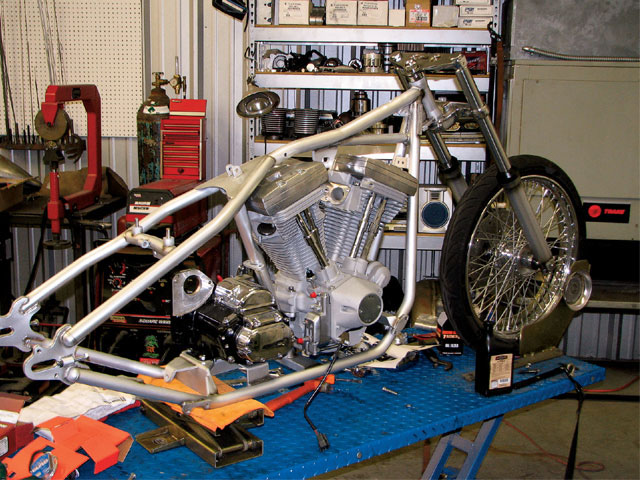 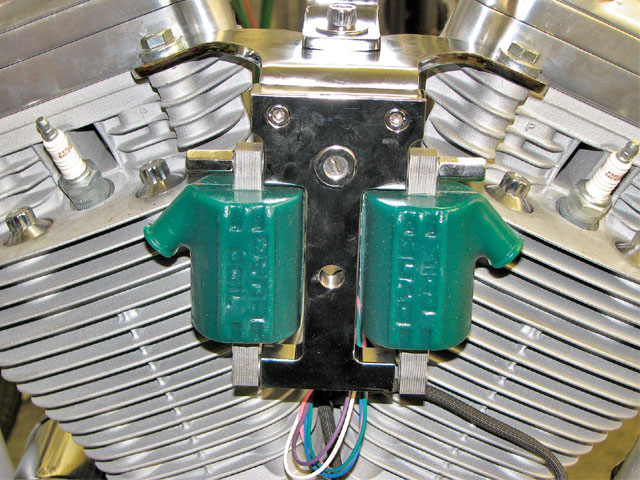 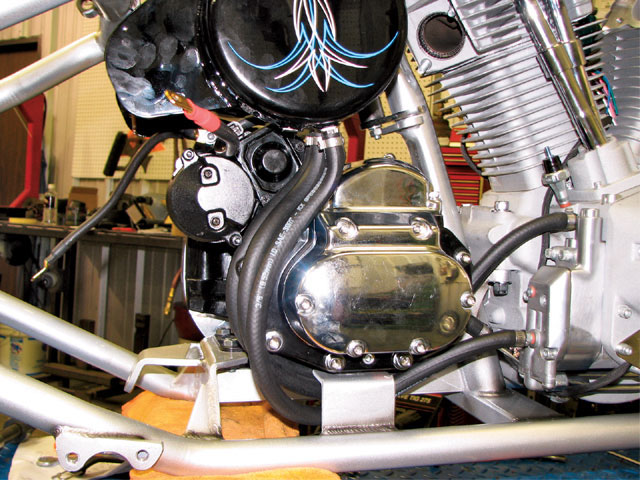 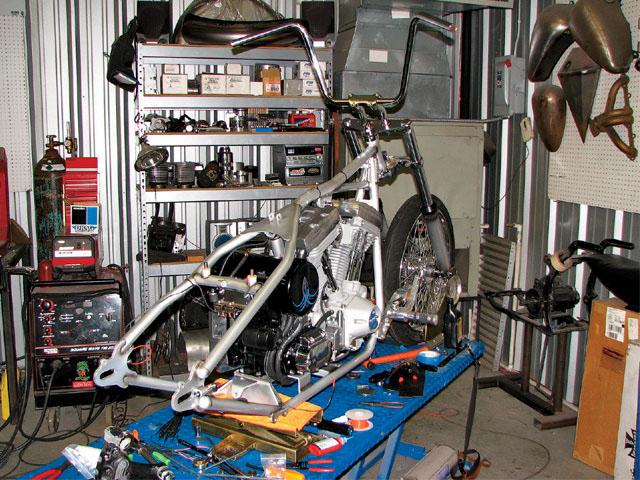 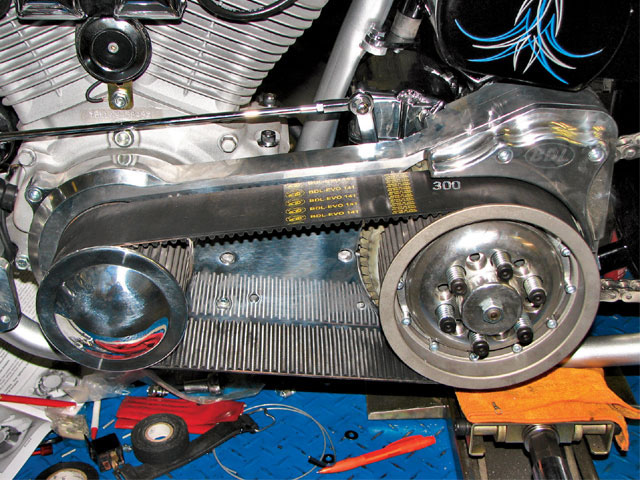 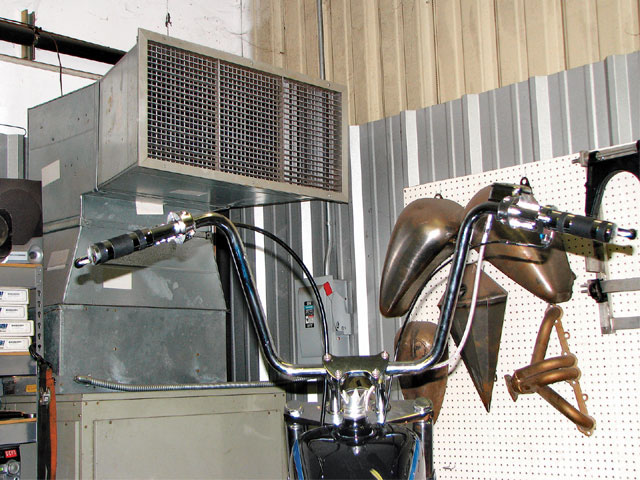 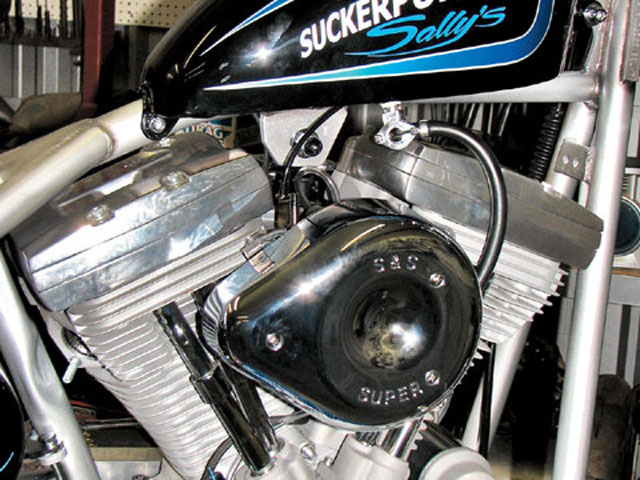 This is the third installment of the SPS, HOT BIKE, and Bikernet.com build for my brother, a U.S. Army soldier who has fought numerous times in Iraq. Being a 17-month build from conception to completion, this was one of the most rewarding projects I had ever attempted in my life. I had initially planned on building a rat bike in my garage and giving it to my brother, but that plan escalated into a full-out custom bike build that soon left my baby skills in the dust. Kent Weeks of Lucky Devil Cycles jumped aboard, and cracked the whip until the build was done. We both spent many sleepless nights finishing this project, but he did most of the actual work as I snapped pictures and talked his ear off.

The final assembly took three days, with one for final adjustments. We rode the bike on the fourth and fifth days before SPS came through town to haul her to Daytona for Biketoberfest. Enjoy as I take you through a couple of stages finishing up the build. The next issue should have a few pics of the presentation as well as a full feature on the finished bike.

1 >The paint was sent to Kirk Taylor of Custom Design Studios in California. When he asked what type of paint job we wanted, I told him blue and black with scallops. He returned something a little more detailed than I had envisioned, and I thank him greatly for that. The small amount of silver pinstriping mixed with the silver lettering is what convinced us to paint the frame silver instead of black; everybody has a black framed bike.

2 >Kent Weeks balancing the wheels. I didn’t realize when I started the build that the wheels had to be balanced with the rotors attached to the wheel. So before starting the final build, we took care of the wheels. After we balanced the rear wheel, we had to take the rotor off of the wheel to install the caliper onto the rotor, then placed it all on the wheel as an assembly. Because of the tight fit between the 16-inch wheel, the rotor, and the caliper, we had to grind away part of the H-D caliper to allow it to fit onto the rotor without rubbing the wheel. Just one of the many small tricks that go into building a bike from the ground up. It also helped that I had a builder in my corner to help “fix” all the times I got a little enthusiastic with the grinder.

3 >The Wide Glide frontend courtesy of Bikernet.com. This was the first time we saw it on the bike, as it had arrived after our initial mock-up. We realized quickly that we needed to lower the frontend. Luckily, I had a lowering kit in my garage from a recent project with a buddy, so I confiscated it and brought it back to the shop so we could continue with the build. We started the final assembly on Wednesday evening after I got home from work because we needed the bike finished so Sucker Punch Sally’s could pick it up on Monday. Time was definitely tight. We had reached this stage by midnight, but we had a long way to go.

4 >It was now 1:30 a.m., and my eyes were burning. The 80ci H-D motor I bought and Milwaukee Twins transmission supplied by J&P; Cycles went into the frame flawlessly; a task made even easier by having the proper hardware to install them. Despite my many trips to Ace Hardware during the initial mock up, we decided to use new hardware throughout the final assembly. I suggest using a reputable company such as Gardner-Wescott, as they sell complete kits consisting of the hardware you would need for each part of the assembly.

5 >Dyna Dual Ignition provided by CCI. We had so many companies step up and help during this build that it amazes me to even think about it. Two weeks before the bike’s scheduled completion, we placed a rush order with CCI consisting of our final components. The parts arrived Wednesday and we went to work. CCI stepped up to the plate and knocked one out of the park, supplying all the parts we needed for one hell of a deal. Let’s just say I owe them.

6 >Installing the oil bag was a little trickier than previously anticipated. The lead from the starter rubbed the tank, so we had to make a few adjustments. Kent was an artist in the way he plumbed all the oil lines in such a neat package. Every aspect of the build that he worked on came out looking flawless, whereas I buggered up every part I touched. This was an absolutely humbling experience.

7 >I installed the risers, riser bushings, and handlebars the second night. After working until 4:30 in the morning and then going straight back to work, I was in zombieland. Kent’s experience showed throughout the entire build as he seemed to flow over problems with the ease of a veteran craftsman. She is starting to look like a bike at this point.

8 >The BDL belt drive system. We used the 3-inch belt system that looked like a treadmill hanging off the bike. I was amazed at the smoothness of its operation when the build was completed. BDL provided all the hardware necessary to install their system to our build, so it was a perfect match. Hmm, I wonder how one would look on my Softail?

9 >The hand controls on bars to the stars. I’ll bet once my brother places his hands on these, he will immediately feel the stubble of a goatee appear. There’s nothing like riding a bike with high bars.

10 >The classic S&S; carb cover sits with the backdrop of the 80-inch H-D Evo motor. I wanted to start it up!

11 >Single piston H-D brake caliper attached to the freshly shaved lower legs of the front end. Because we shaved the fender mounts off, my bro will never be able to utilize a front fender; I think he can tough it out. Style over function, isn’t that the chopper way?

12 >I couldn’t help myself, I had to climb aboard. This was Friday night, and although the bike looked complete, we still needed to install several components such as exhaust, tailight assembly, battery, and a few odds and ends. It was at this point Kent sent me away so he could complete the final tuning. I couldn’t wait to come back and take her on the maiden voyage.

13 >The final assembly done, It was time for her break-in miles. I love the contrast of his bike as compared to my Softail. While I thought my bike was stripped down, here it looks to be very large and bulky when compared to the sleek lines of his bike. Although I rode her for only 30 miles, I fell in love. Quick, agile, and very smooth, this bike rides even better than she looks. I couldn’t wait to see my brother’s face just six days later when I would unveil her to him.

You know you love your Harley-Davidson custom when you want to be buried with it. That’s exactly how Peter Pohl […]

Video: Behind the Scenes at the Hot Bike FXR Issue Cover shoot