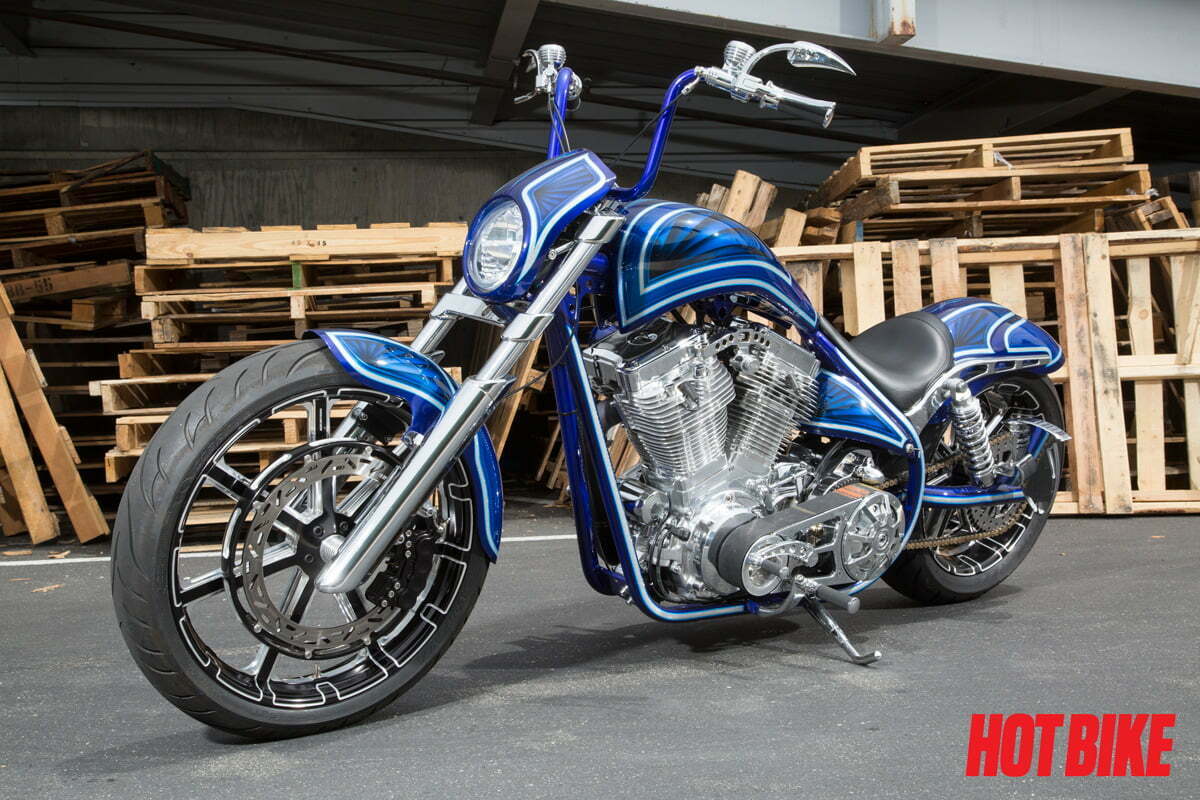 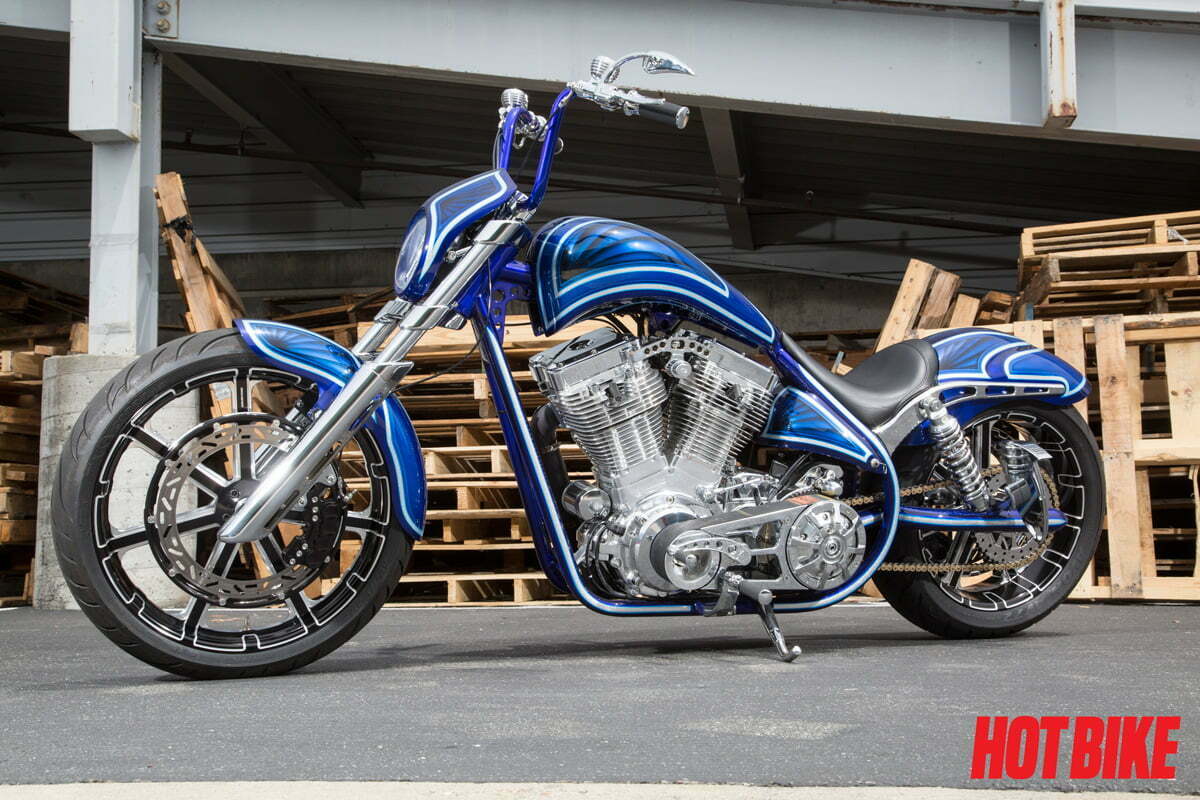 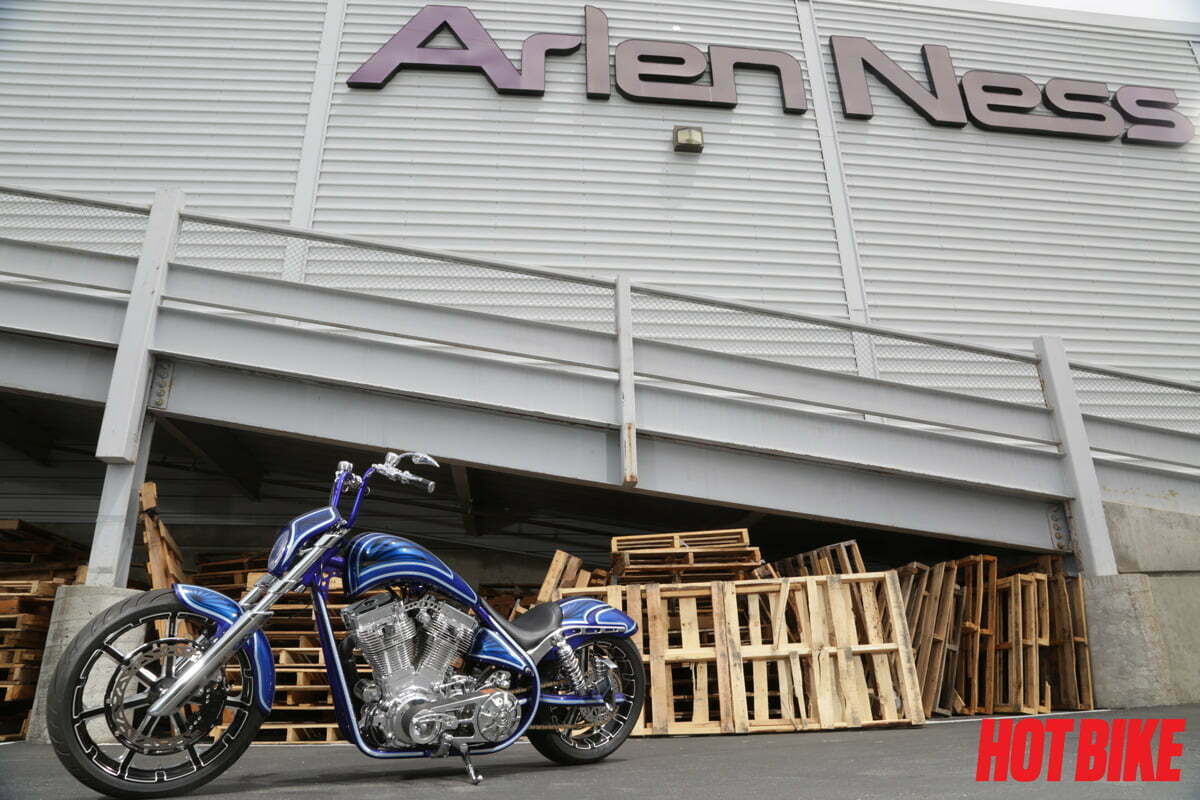 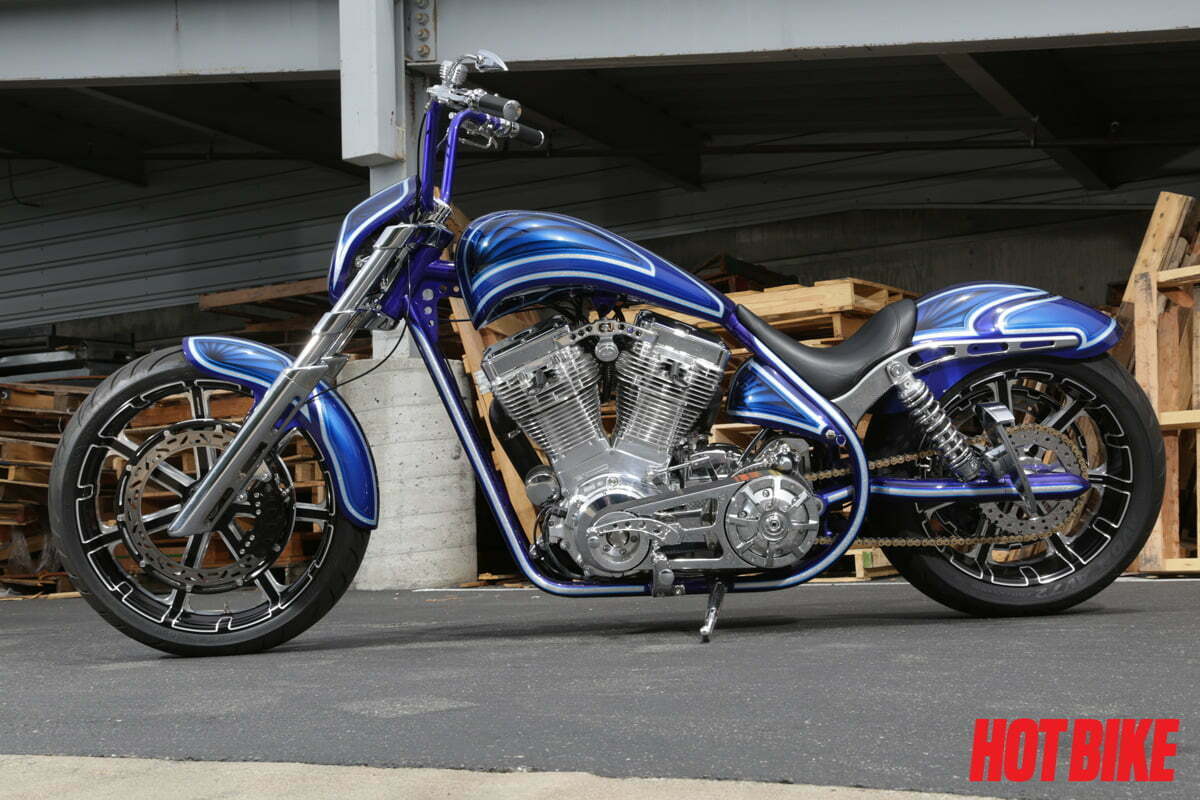 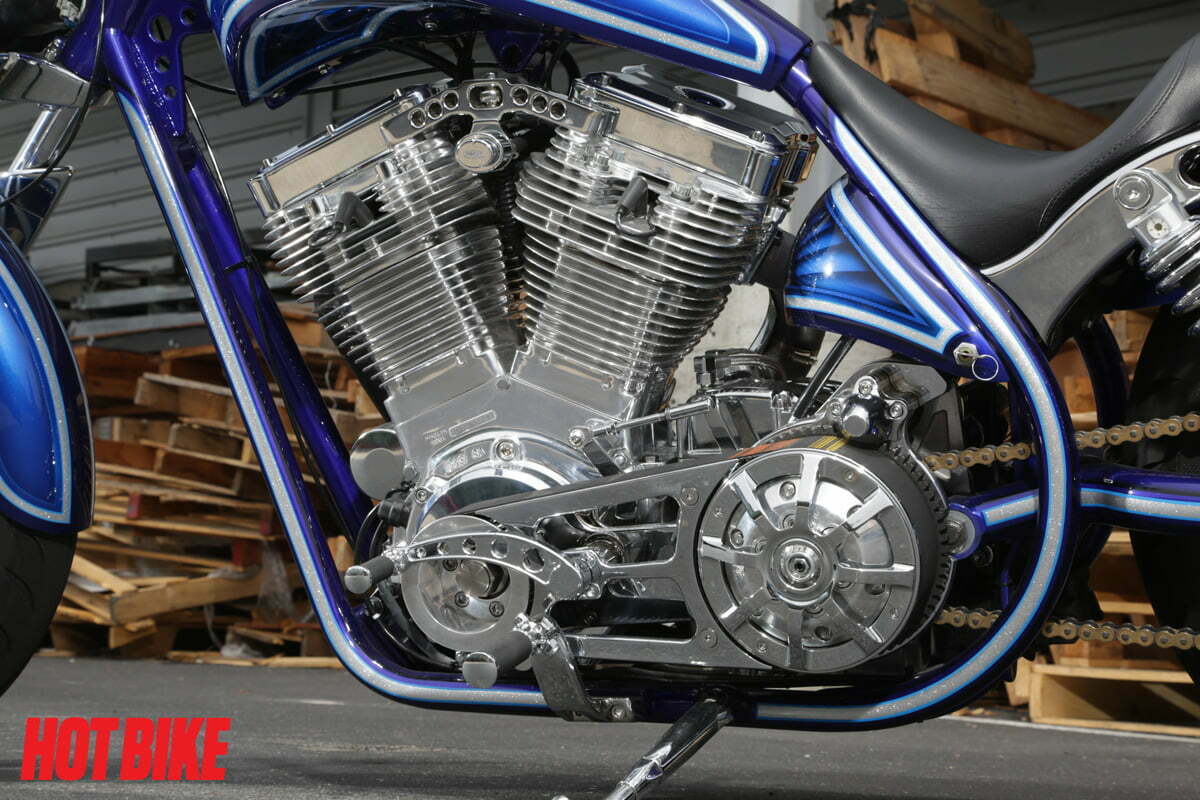 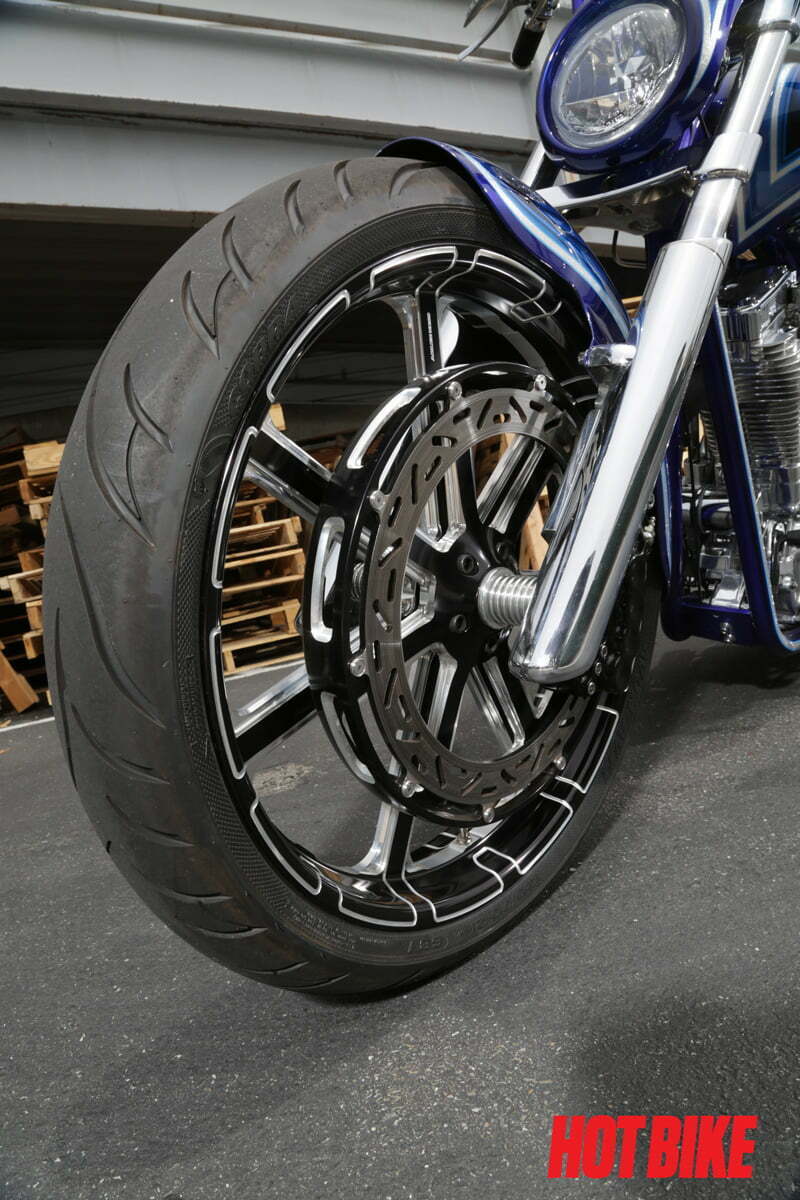 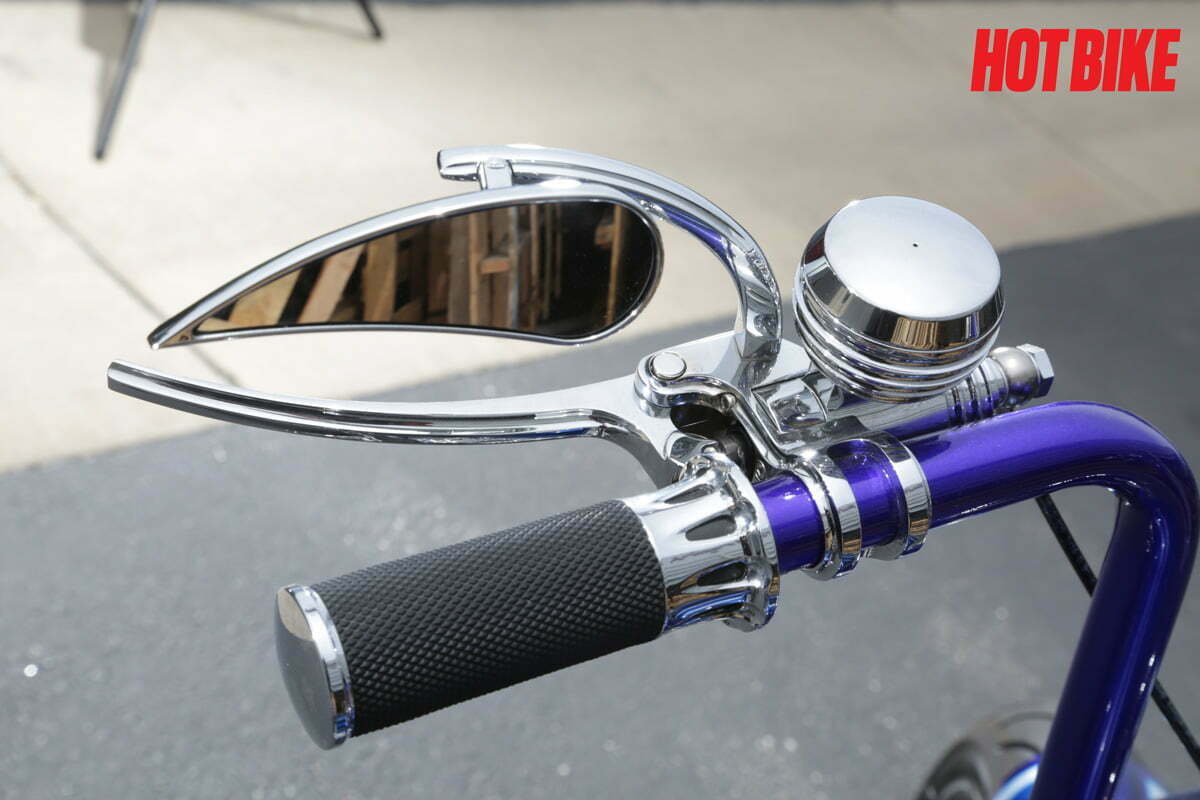 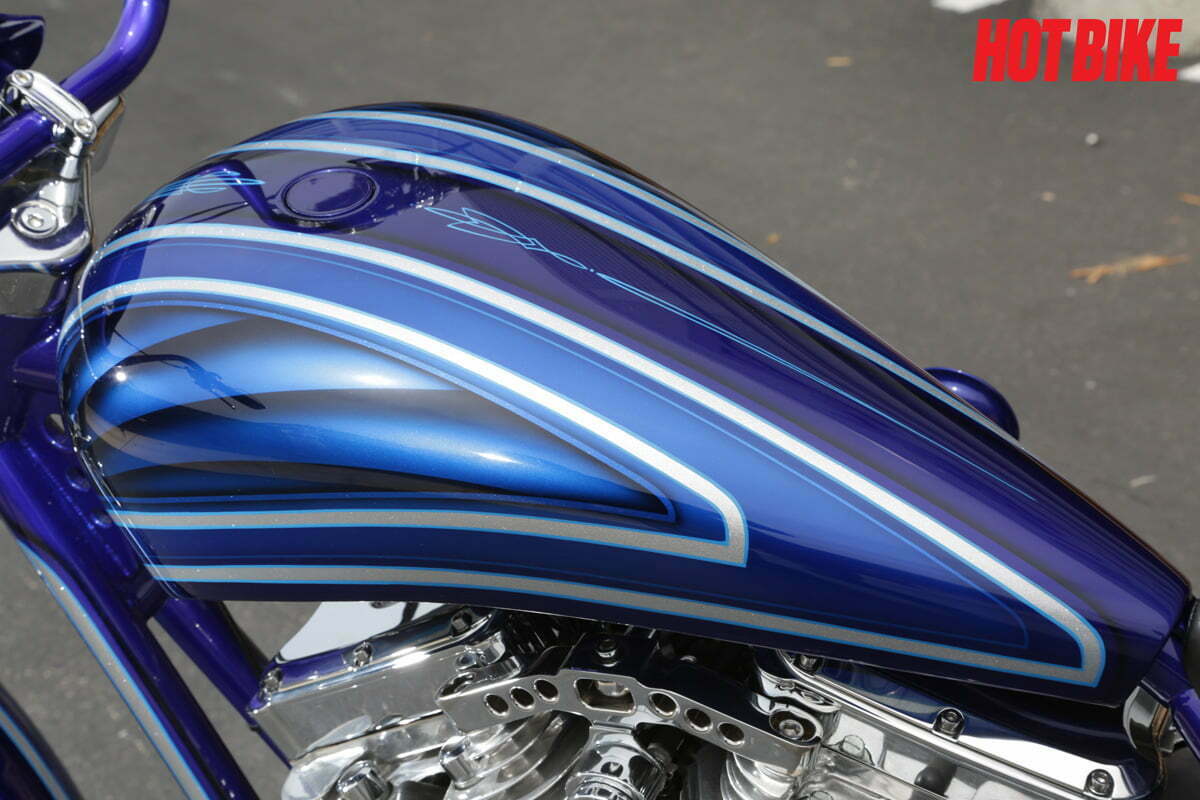 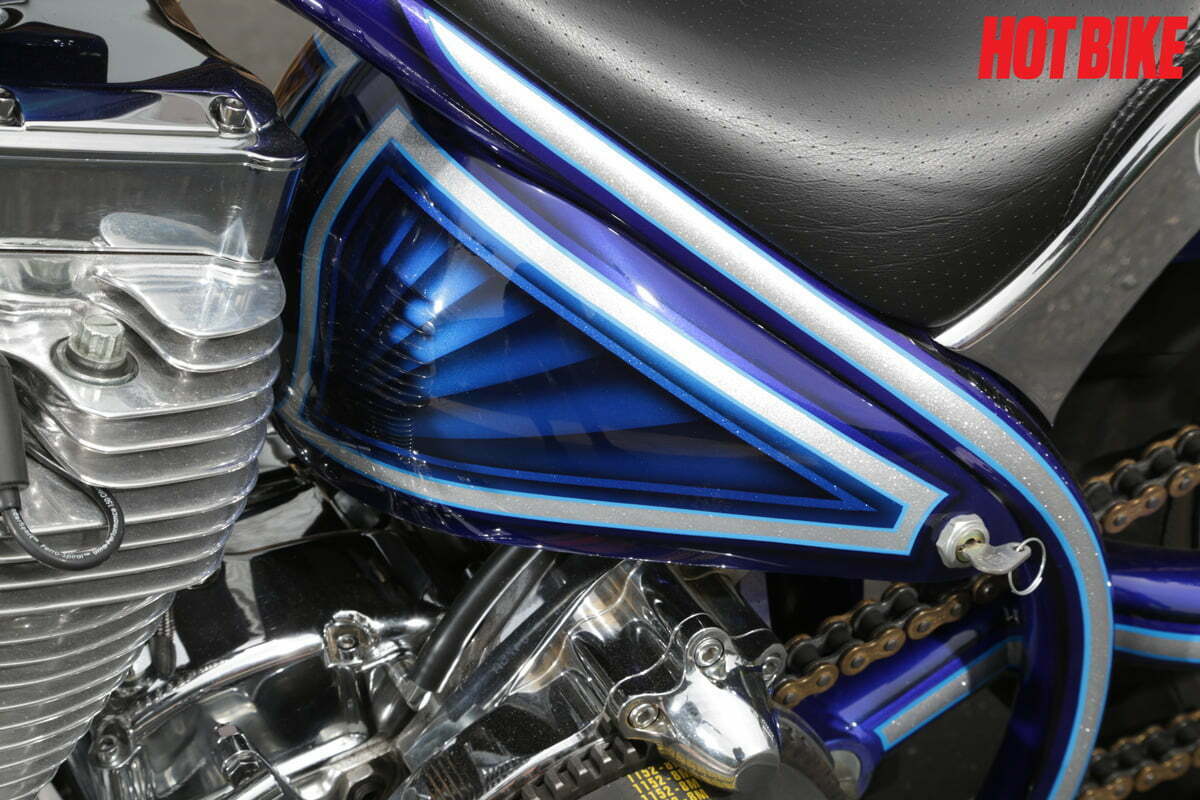 HB: What did you bring to the table when you got invited as a Hot Bike Tour builder?
ZN: I just wanted to build something that was fun to ride and that was different.

HB: Was there a particular style you were going after with the bike or something completely on your own?
ZN: I wasn’t going for a particular style, just something different from what I thought everyone else was going to bring. I was short on time from the start due to responsibilities to the company and other projects, so we had to keep the design realistic.
At first I wanted to build a full-custom chopper that paid respects to my roots while also satisfying my need to ride. Essentially it was to be a chopper that was performance based so I could keep up with the best of them on the road but at the same time could sit at the Oakland Roadster Show back in the day and hang with the originals.
Growing up all I knew was custom bikes; that’s what I understood a motorcycle was. The first bike I ever rode on the street was a full-custom 124-cubic-inch chopper my dad built. He threw me on it and said go. It wasn’t until a little later in life I jumped on sportbikes and other types of motorcycles regularly and gained a full understanding of every genre of two wheels. This bike was somewhat a combination of my upbringing and my current daily study on improving the motorcycle.
A full-custom bike is a living, breathing machine. It’s the sum of thousands of inner-working mechanical components and an individual’s whole mind-set into a machine that, when completed, gives you back all the mental and physical energy you put into it. This bike was no exception.

HB: Tell us more about that innovative braking system?
ZN: The bike features our inboard braking systems on the front and rear, making sure I’m able to stop the massive 145-inch engine. The 15-inch inboard billet rotor replaces the hub of the wheel and is stopped by our new eight-piston calipers. We make the setup for the front of FLT and Softail models, but these were specially cut for this project, and it’s the first bike to run an inboard on the rear. In total it has dual 15-inch rotors with 16 pistons of brakes.

HB: What was your reasoning behind the frame and swingarm configuration and shape?
ZN: The reasoning was to have a smooth, continual line everywhere on the bike. Lines are essential with the overall design of the motorcycle. The bike is a raw, aggressive chopper at heart but with smooth, flowing lines in the bodywork and frame at every angle it gives the bike the smooth sex appeal that I was going for.
Aesthetics aside, the frame configuration is based on our Y2K design my dad pioneered in the late ’90s/early 2000s. It’s a rubber-mounted Dyna-style suspension setup—a refined, de-raked, and shortened version of the original. It’s also narrower to accept a 200mm rear tire in order to hit the turns hard and enough rubber to put the 145 horsepower to the ground (at least some of the time).

HB: What’s it like to ride to the bike, and does it perform as good as it looks?
ZN: The power of the bike is unnecessary and awesome. The 145-inch motor puts out serious power, and the specially built Baker overdrive six-speed tranny makes sure it’s put to good use.
The bike itself actually rides great. The dimensions were built to my personal specs, so it’s comfortable for the long haul, and the rubber-mounted powertrain brings the big-inch vibration to a minimum.
With proper rake in the front and the Dyna-style setup in the rear, it handles the corners very well for a custom-built chopper. If I could complain about anything it, it would be to have a bit more lean angle, but for this style of bike it looks better low, so I’m happy with the overall result.

HB: What was your best memory from the 2014 Hot Bike Tour?
ZN: My best memories would have to be the people on the trip and getting to know them. Whether you were a builder or just tagging along on the tour, everyone rode custom bikes during the day and hit the local nightspot when the sun went down. Not a bad combo.

HB: What stories or photos from the Hot Bike Tour do you want us to find out or dig up?
ZN: Well, there are definitely a few. Most likely ones that were taken after the hours of 2 a.m. or ones taken with my three friends and myself in an extended-cab truck during the 36-hour nonstop drive to get there. That was a long drive, and after 30 hours people start to get weird.

HB: What are your plans for the next Hot Bike Tour build?
ZN: It’ll be a performance-based Victory full custom. You’ll see the rest on the tour.

HB: Any special thank-yous?
ZN: Huge thanks to the entire Ness team. With everything we have going on a daily basis, nothing would be possible without the huge efforts from all our guys.
Special thanks to Jim Jennings and Alex Ramirez for the metal and chassis fab. Tim Stanton for making sure the bike was built and ran proper. And last but not least, Brian Mazzacua from Mazz Custom Paint for the House of Kolor prestigious painter award-winning paint job.

Here’s a first look at the latest addition to the Hot Bike Magazine test fleet, the 2015 Victory Motorcycles Ness […]

We didn’t know who the WP on the spec sheet is, but Jim does, and since it’s his bike, that’s […]

Tales From The Dyno // Magnaflow Rockstar 2 into 1