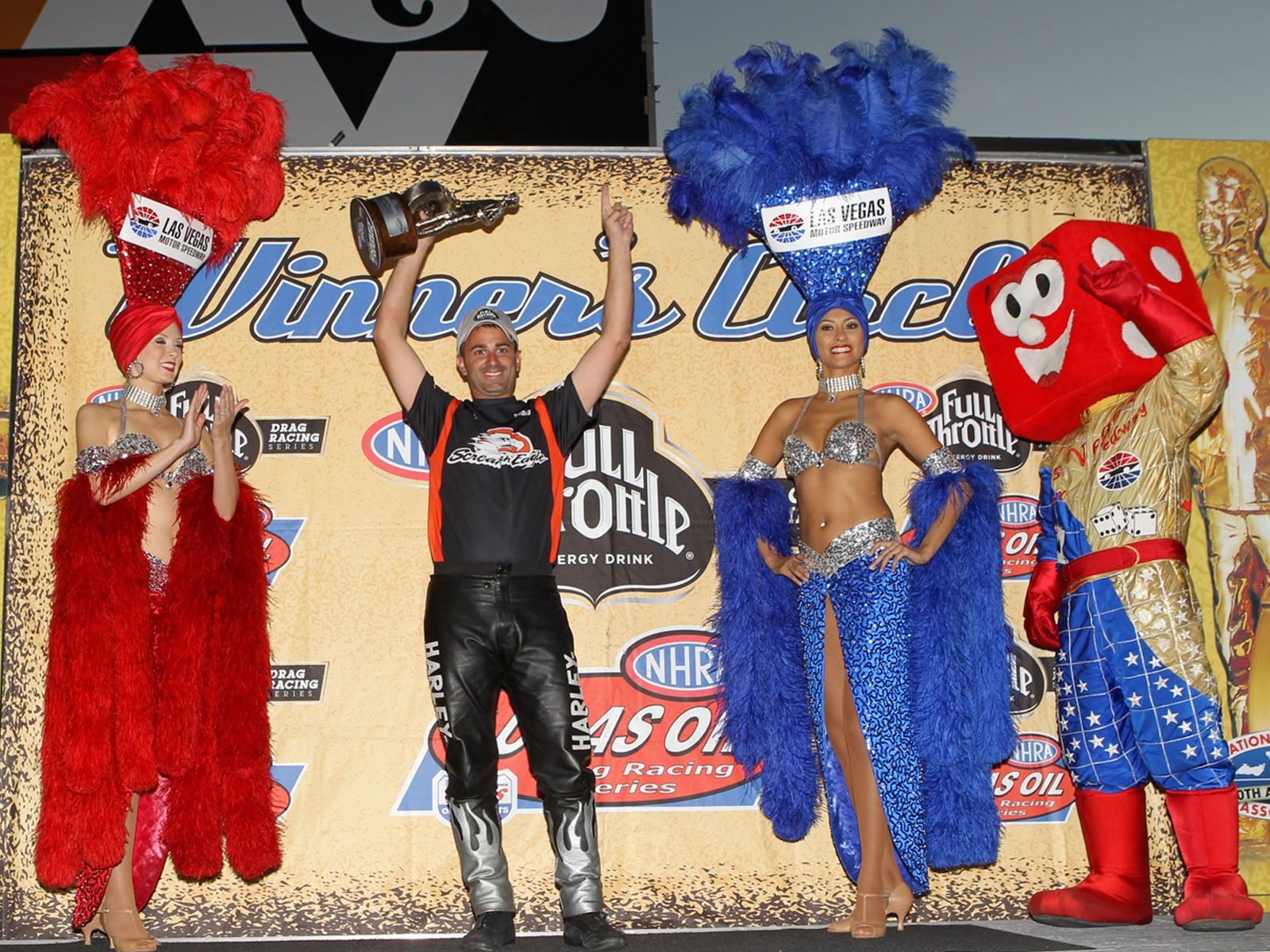 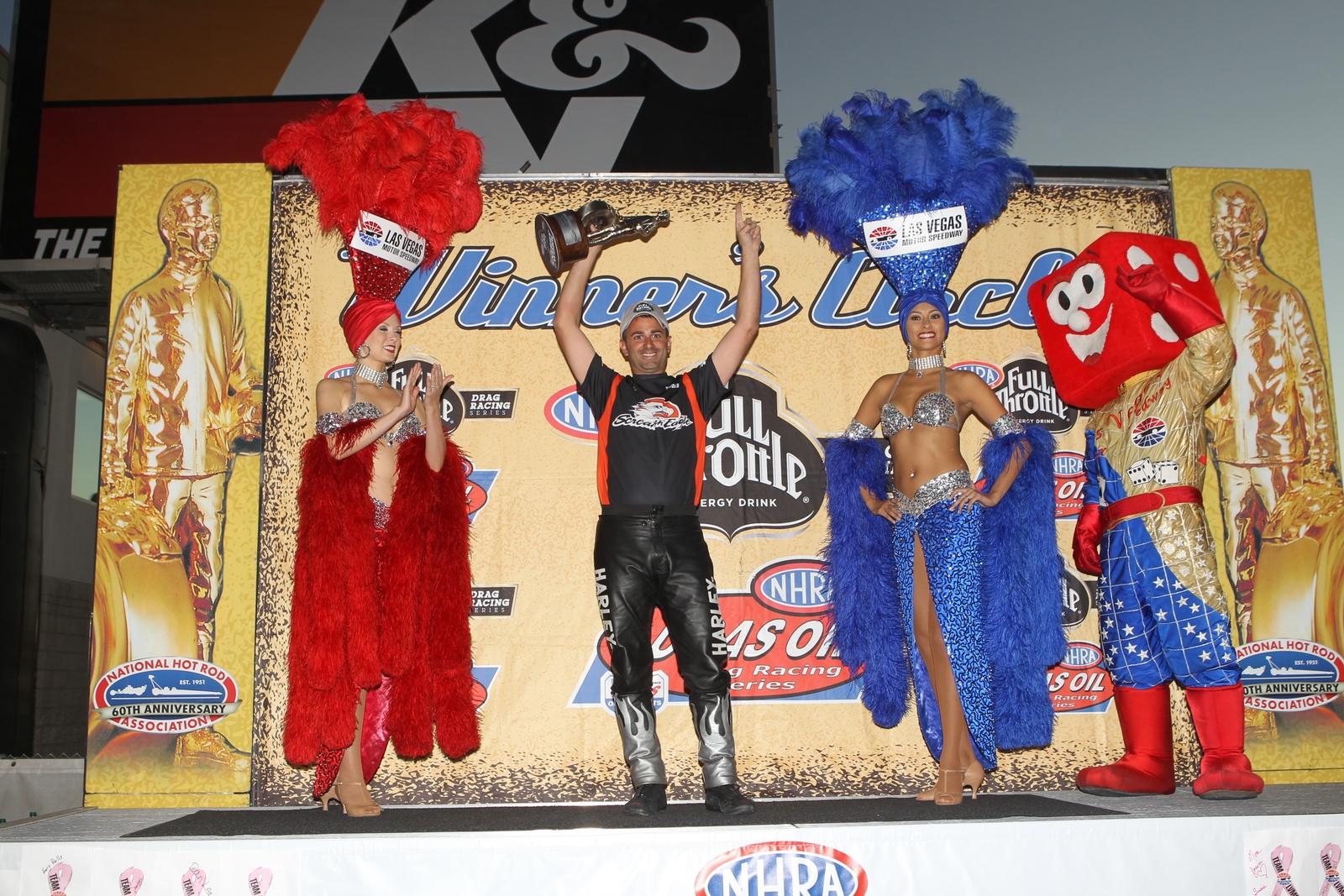 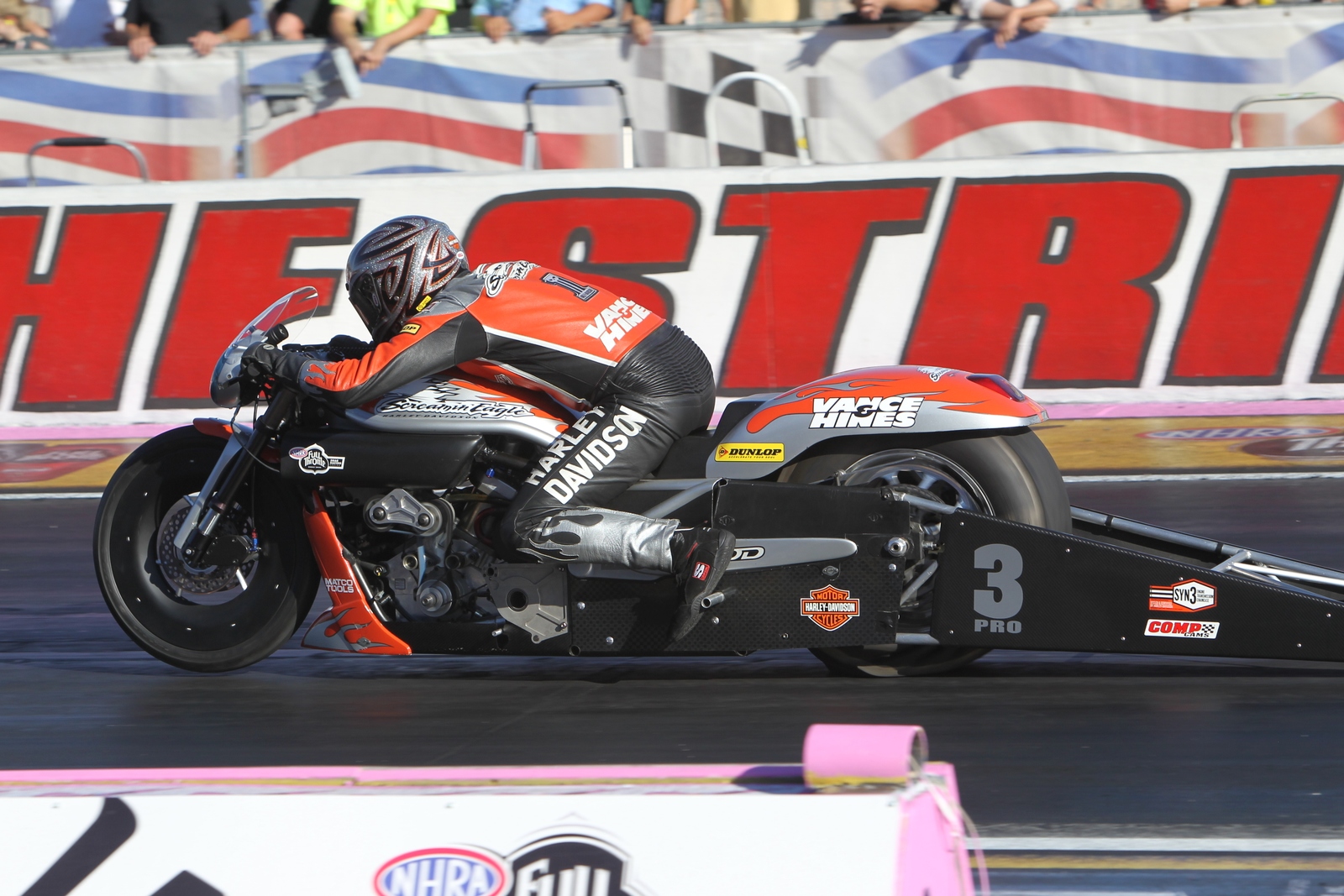 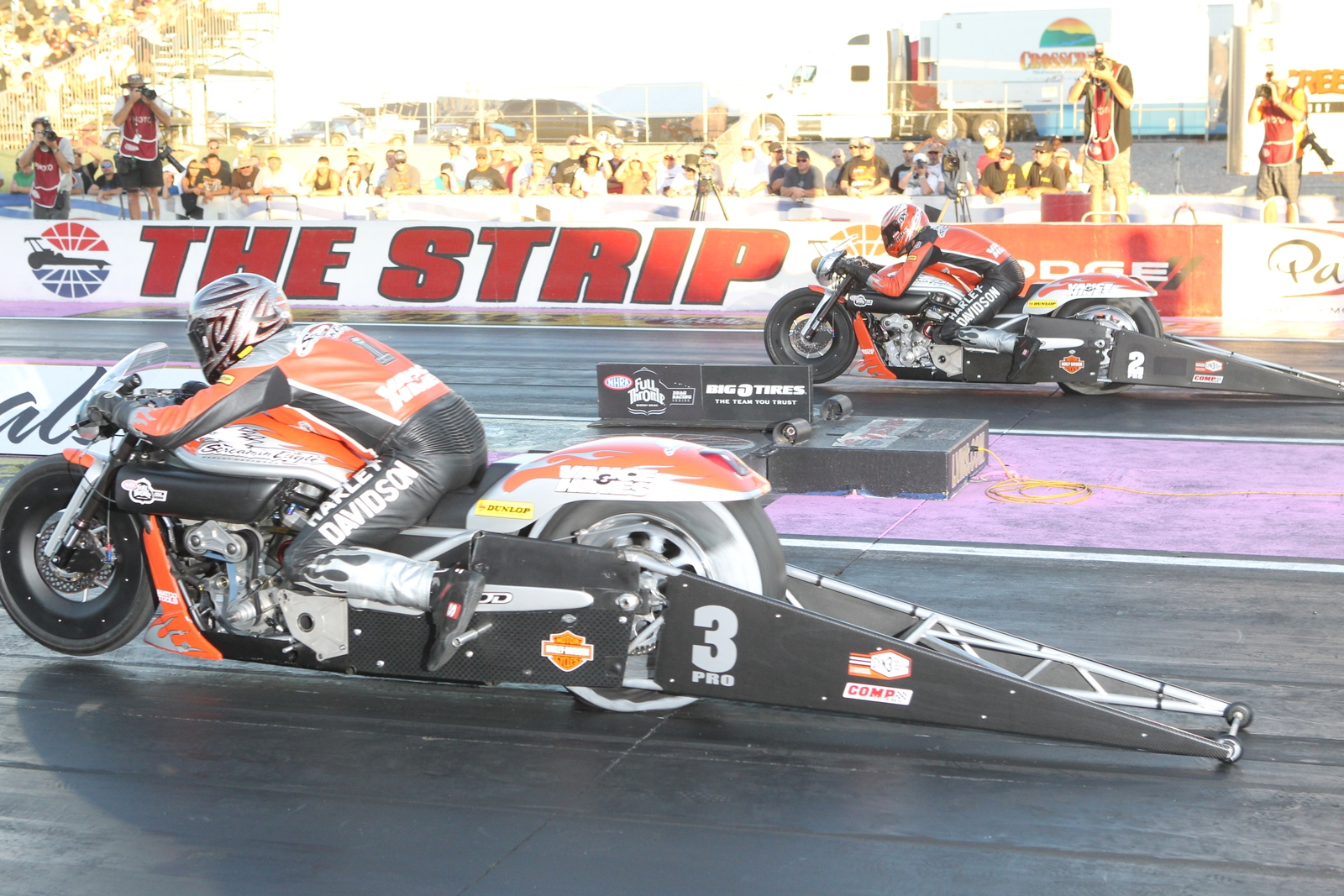 “This puts us in a great position for the championship, but we need to stay on our game,” said Krawiec, who won the NHRA Pro Stock Motorcycle world championship in 2008. “We can’t give up any points in qualifying, and need to just keep doing what we’ve been doing.”

At the beginning of Sunday eliminations, Krawiec held a nine-point lead over Lucas Oil Buell rider Hector Arana, Jr., who gained a point on the Harley-Davidson rider in qualifying with a track-record 6.879-second run on Saturday to earn the No. 1 qualifying spot. Krawiec qualified second at 6.894 seconds. Hines qualified fourth at 6.902 seconds.

Krawiec defeated Vroom Racing Buell rider David Hope in the first round on Sunday, and got a win over Nitro Fish Suzuki rider LE Tonglet in round two. Arana Jr. lost in the second round to Angie Smith, handing Krawiec an opportunity to add to his points lead. The Screamin’ Eagle rider took full advantage, with a big win over Hector Arana Sr. on the second Lucas Oil Buell in round three, and a victory over his teammate in the final, with a 6.936-second run that was his quickest of the day. It was Krawiec’s fourth win of the season and 11th of his career.

“I had a great Harley-Davidson to ride all weekend,” said Krawiec. “Matt Hines put a new-style exhaust system on the bike that was a big improvement in performance. Other than that, we’ve just been consistent on the lights and smooth down the track. Over the long haul, that’s what it takes to win.”

“We didn’t have time to dyno-test this new exhaust, so we tried it on my bike first in qualifying before we put it on Ed’s V-Rod, because we didn’t want to take a chance with his points lead,” said Hines. “It made a positive difference right away. Ed is sitting in a great position and I can’t wait to get to Pomona and race this Harley. Maybe I’ll have a chance to knock off Arana and help him with the championship.”

With one Countdown event left on the 2011 schedule, Krawiec leads the Pro Stock Motorcycle class by 69 points, with 2,589 total points. Arana Jr. is second with 2,520 points. Matt Smith, who lost in round one at Las Vegas, is third with 2,403 points. Hines moves up to fourth place with 2,384 points. Geico Suzuki rider Karen Stoffer failed to qualify at Las Vegas and drops to fifth place with 2,329.

Daytona Twin Tec offers Harley-Davidson® owners an easy way to extract more power from their bikes. There are options for […]