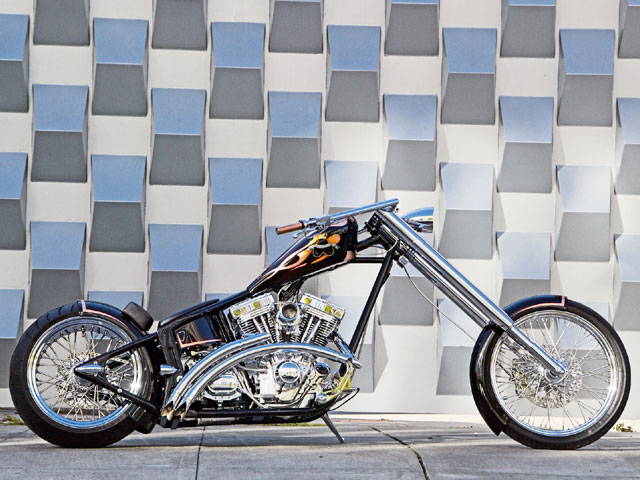 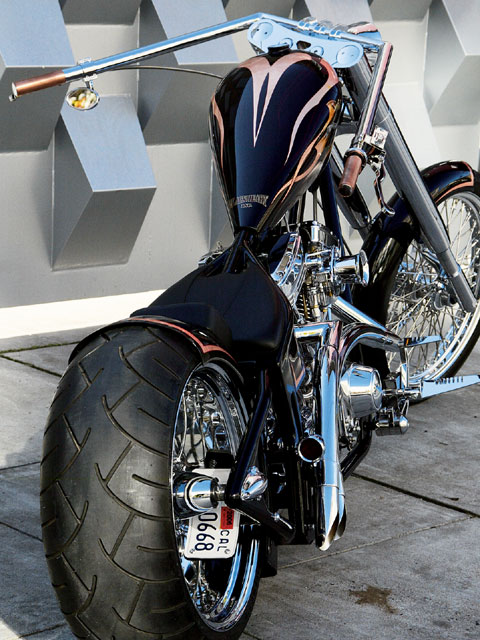 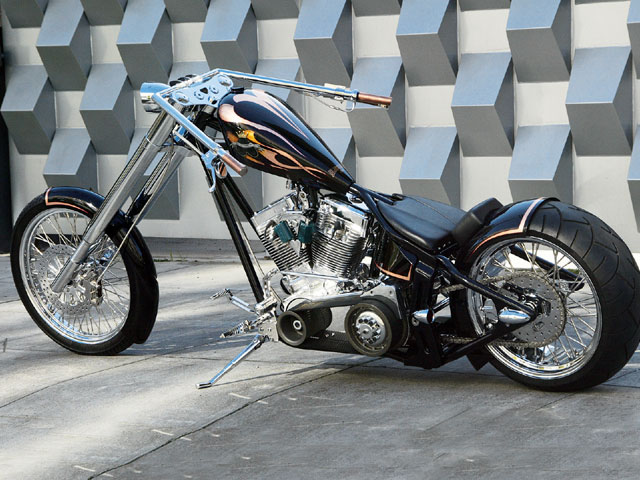 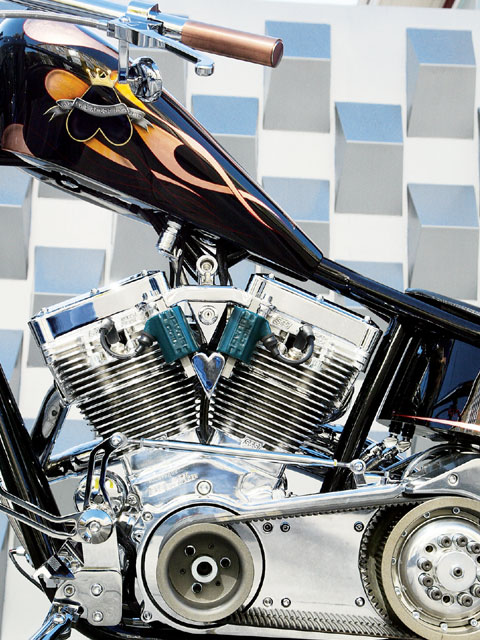 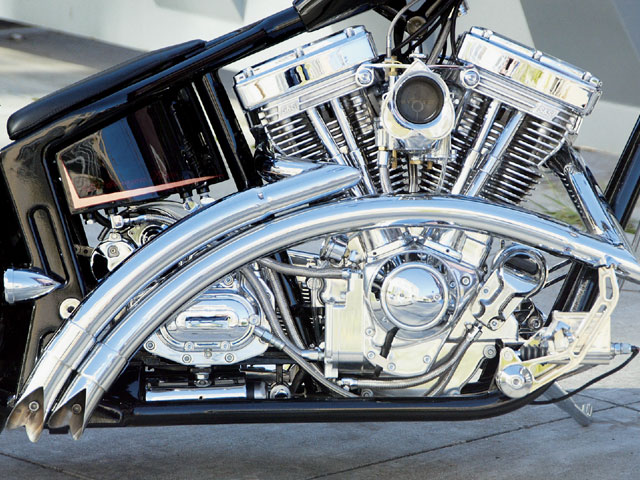 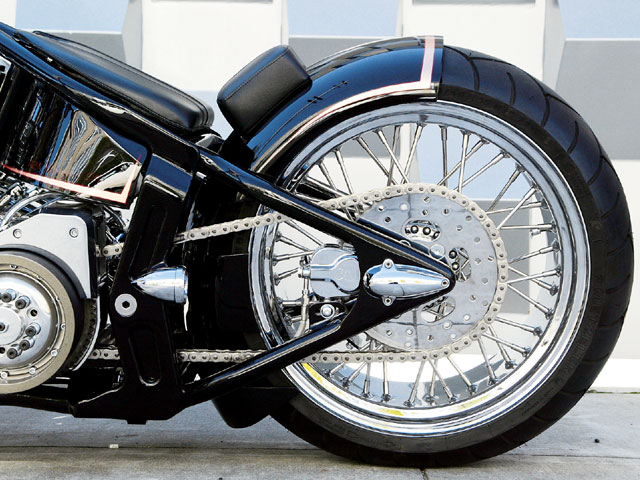 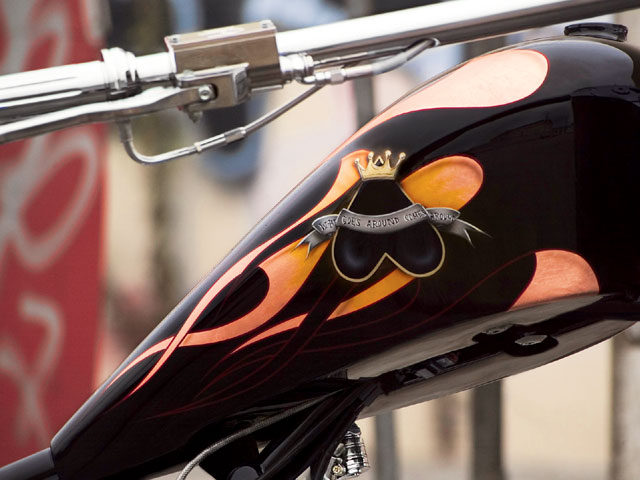 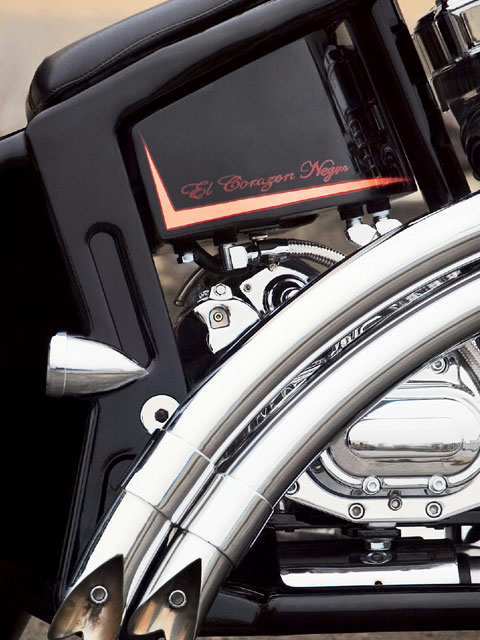 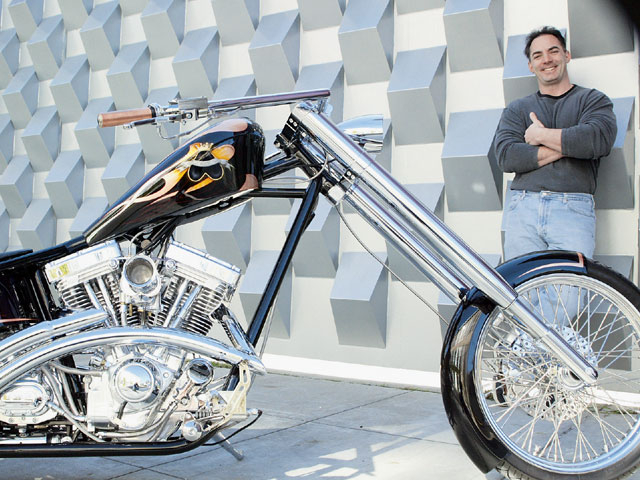 As with most of us, Mike Ludovico’s love for two-wheeled machines started when he was a kid, tearing up the neighbors’ yards on a second-hand dirt bike. As he got older he found his motorcycle-riding time consumed by school, work, and starting a family. However, after moving to Southern California, the year-’round riding weather encouraged Mike to get back on two wheels. He found an old ironhead Sporty that was right in his budget-cheap. For the next couple of years he rode the hell out of the bike as he fixed it up, and then he eventually sold it for a profit. Once again motorcycles fell to the wayside.

A few years and a few career changes later, Mike got the itch for another bike. Since they were affordable and he knew his way around them, he picked up another ironhead, rode it, fixed it, then sold it. Over the next four years Mike scooped up and flipped about 25 ironheads and shovels, helping him pay his way through school for his next career adventure as a chiropractor. Ten years later, it occurred to Mike that he ought to build a bike and keep it for once, which leads us to the bike you see here.

While Mike and his wife were living in Northern California, Arlen Ness was having a huge sale to clear out inventory to make the move to his new state-of-the-art facility easier. “During the sale I scored a fat-40, single-sided rear rim with offset spokes. I’d always loved those rims, so I decided to build a bike around that one wheel,” Mike said. When it came to the frame, Mike wanted something in between chopper and Pro Street. “I wanted a bike that would flow from front to back and be low and tight. I didn’t want a tall, short bike or a low, long bike,” said Mike. “I found a balance in a 240 Rolling Thunder frame with 4 inches up, 5 out, and a 40-degree neck. Not your typical dimensions, but it was a balance of what I was looking for.”

After cleaning up the neck and oil-bag area of the frame, Mike modified the swingarm so he could run the brake lines internally, then found a set of old ’50s Indian rocker covers to use as axle covers. Taking advantage of the offset spokes of the rear wheel, Mike fabricated a license mount to follow the curvature of the rim, then mounted it inside the swingarm on the right side so it actually sat inside the wheel. An inverted 10-over 73mm Mean Streets frontend with 5-degree trees was used to get the stance Mike wanted. When it came to hanging the front fender, Mike fabricated some horizontal half hearts as fender mounts. He liked the look of the hearts so much, he decided to carry the heart theme throughout other parts of the bike as well.

“I fabricated the handlebars out of 1-1/4-inch steel. They appear wide and hard to handle, but they aren’t,” stated Mike. “The three 1/4-inch steel half hearts on top of the bars that mount under the triple-tree are the same size and shape as the fender mounts. They remind me of those great ornate grills on the cars from the ’50s. The velocity stack is a simple horn with a head breathing system and an upside-down-heart mounting bracket.”

Mike also incorporated upside-down hearts into the tips of the custom exhaust he made, and added another heart to the coil/upper motor mount.

With the bike mocked up and ready for color, Mike left the paint detail up to Mike Taylor of Mike Taylor Designs. Mike laid a black base with copper-leaf flames. “Mike hand-laid sheets of copper leaf onto the tank, fender, and oil tank with great precision (while cursing my name). The scallops and traditional flames are intersected by the negative black flames,” Mike told us. “Then Mike shot a secret mix of clear and brandywine to give a blood-wine color in the sun. The upside-down heart wearing the crown on the side of the tank reads: ‘What comes around goes around…’ Those are words I try to live by. Mike and I have since come out with a series of painted rollers soon to be on his website (www.miketaylordesigns.com).”

Influenced by the various hearts throughout the bike and the color, Mike decided to call the bike “El Corazon Negro” (that’s “The Black Heart” for all you gringos). And while Mike’s promised his wife he won’t sell this one, he says that for the right price, he just might.

Saxon Motorcycles Europe will introduce their new model, the CROWN, at the EICMA Milan

At the EICMA Milan (Stand 2P-US-5), 2-7 November 2010, Saxon Motorcycles Europe will introduce their new and unique model, the […]

Look no further for the right battery for your early model Harley-Davidson®. Drag Specialties® has a line of conventional batteries […]