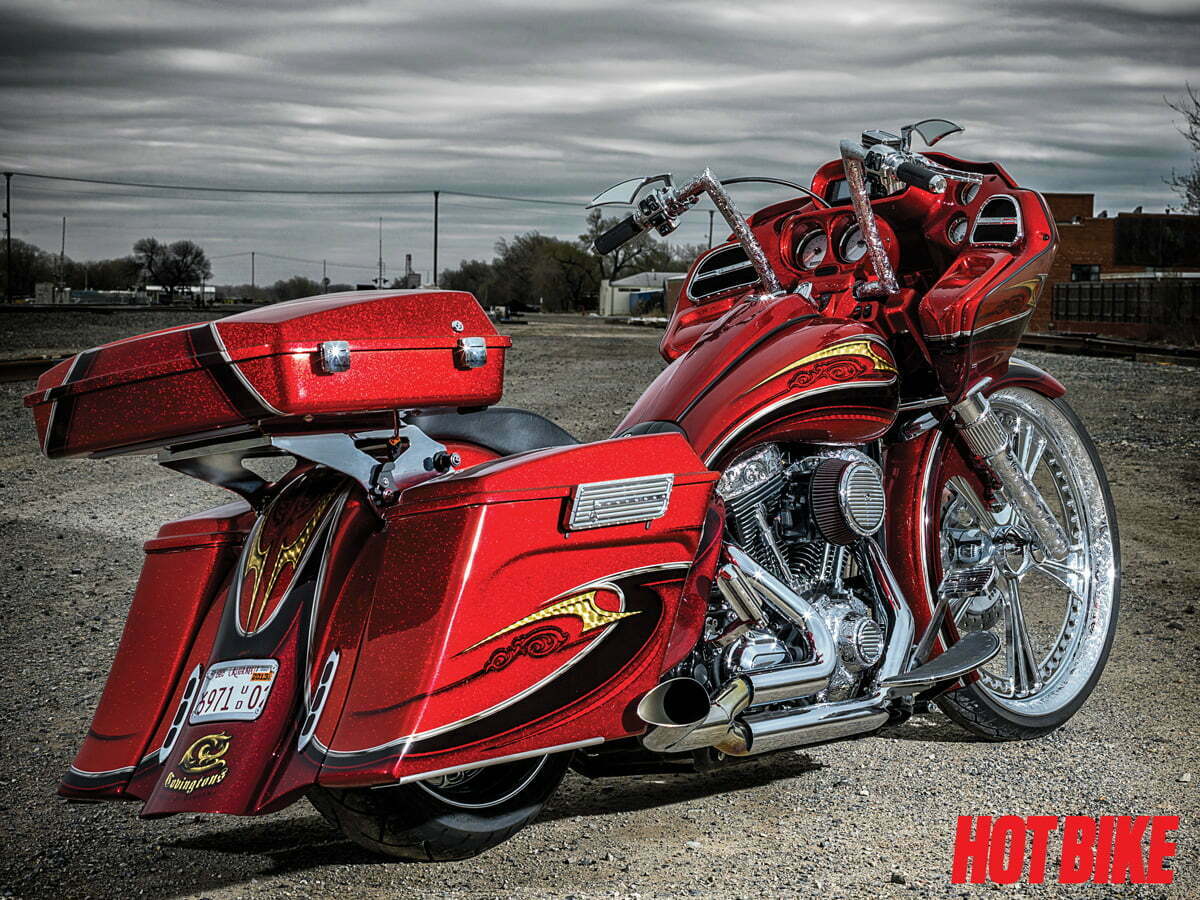 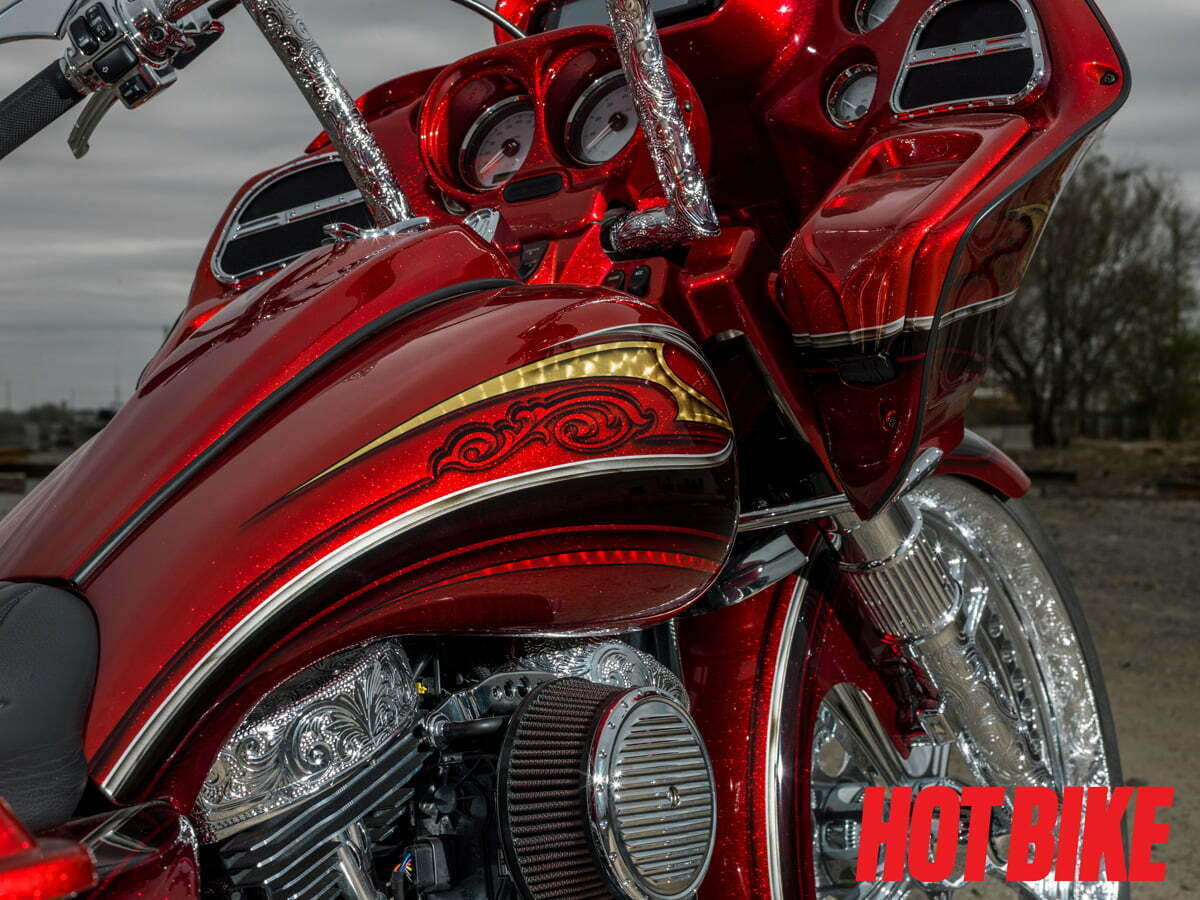 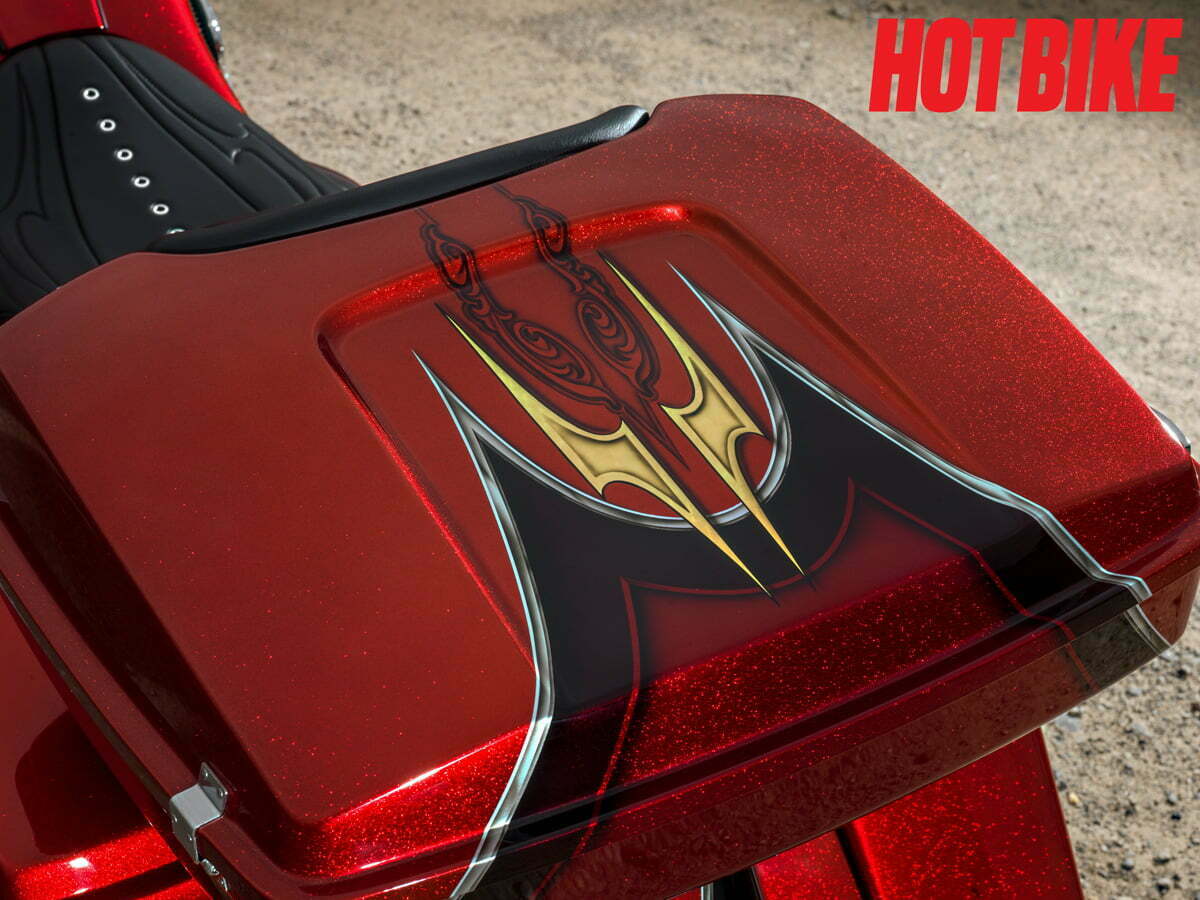 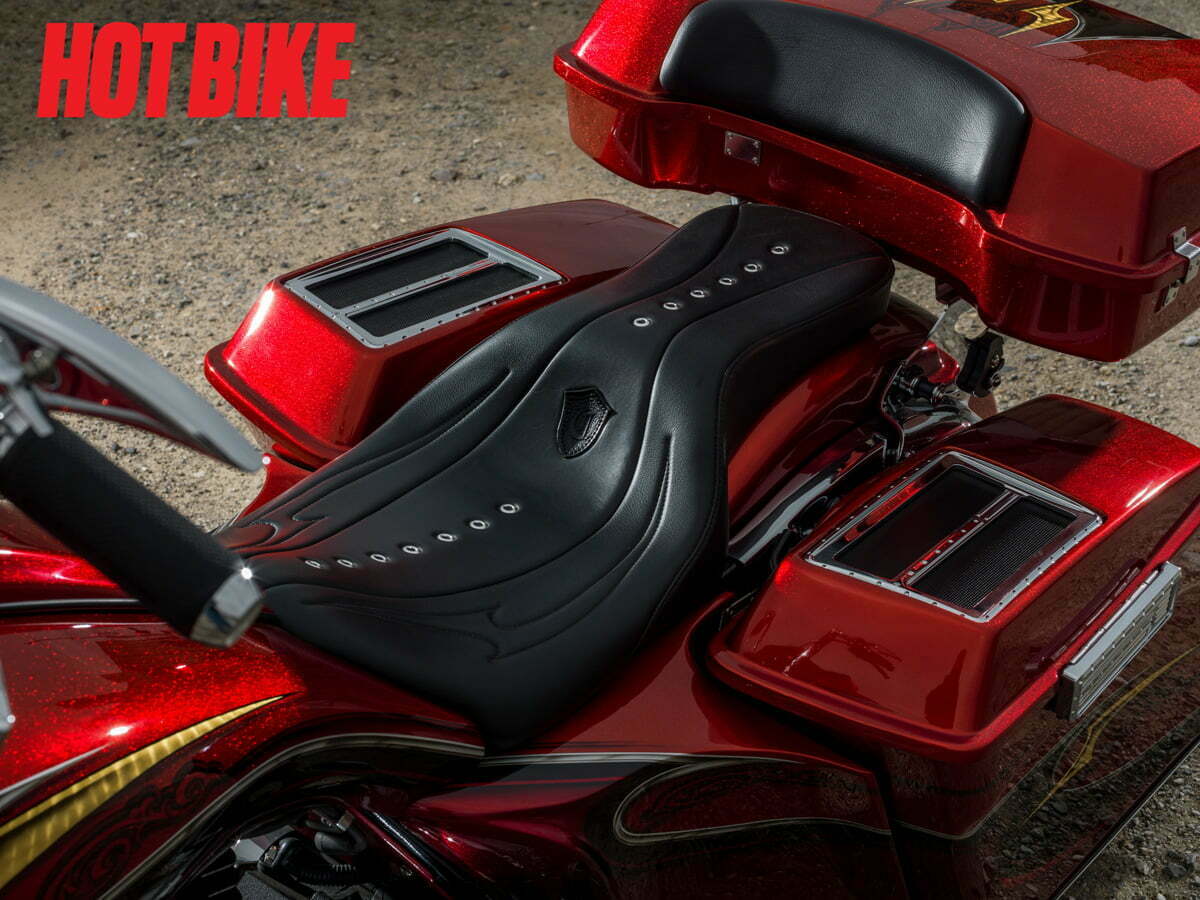 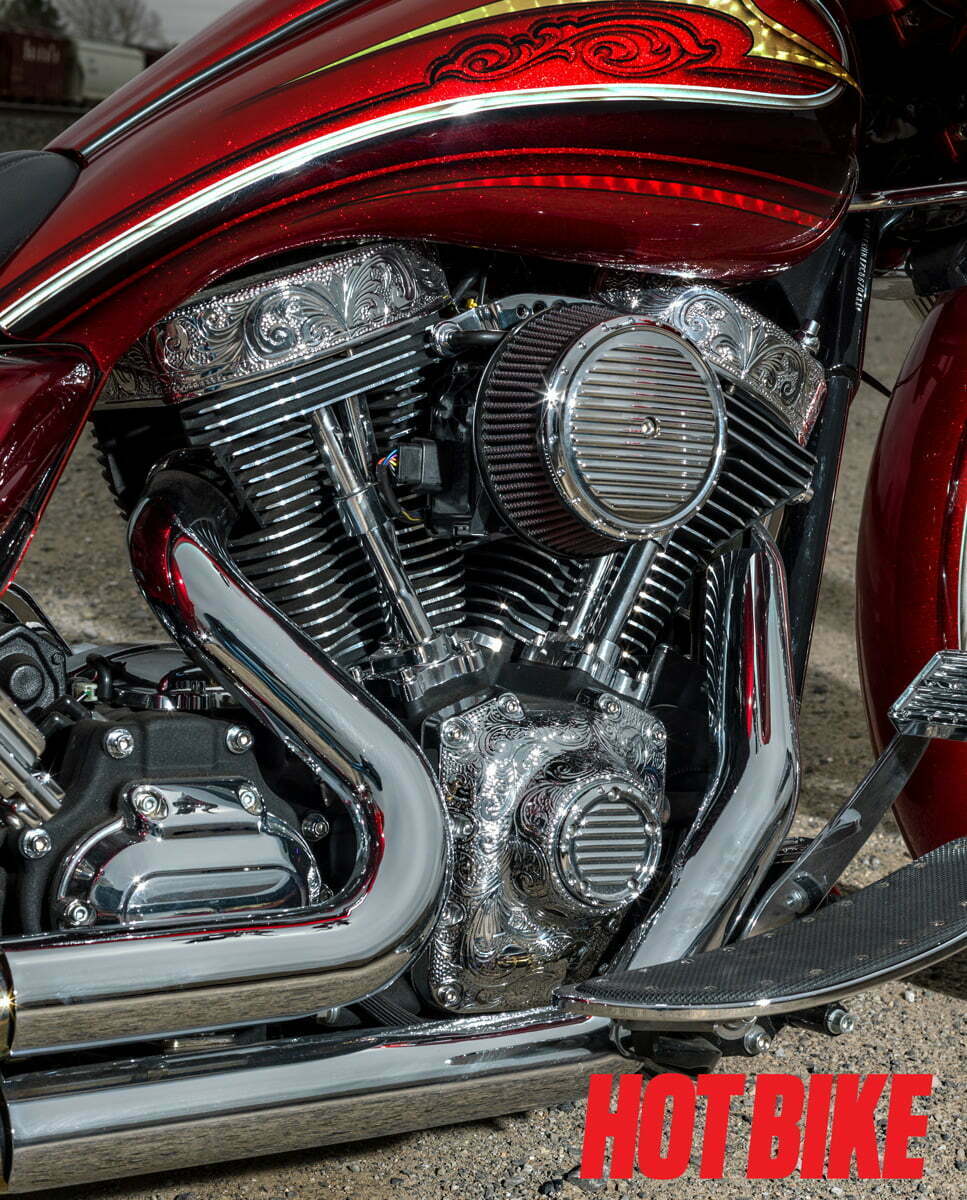 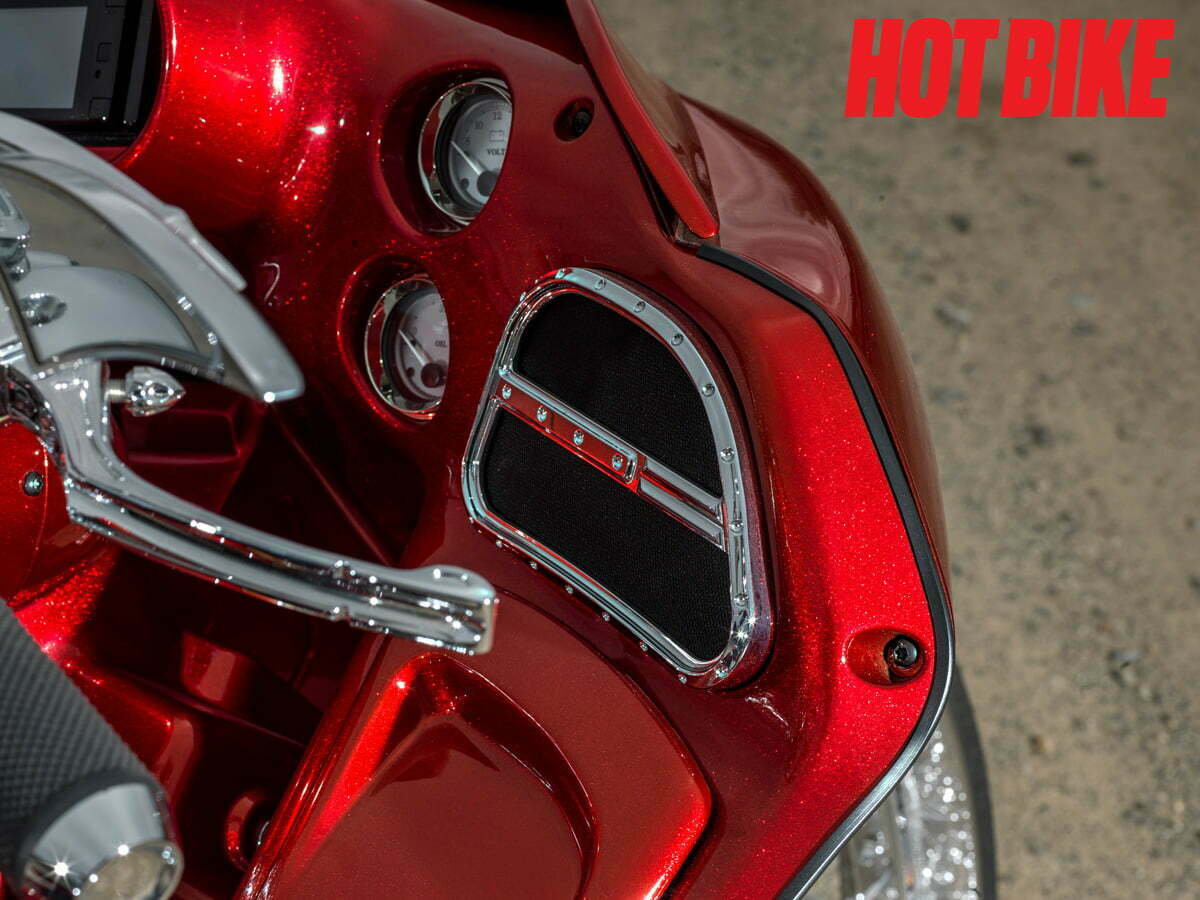 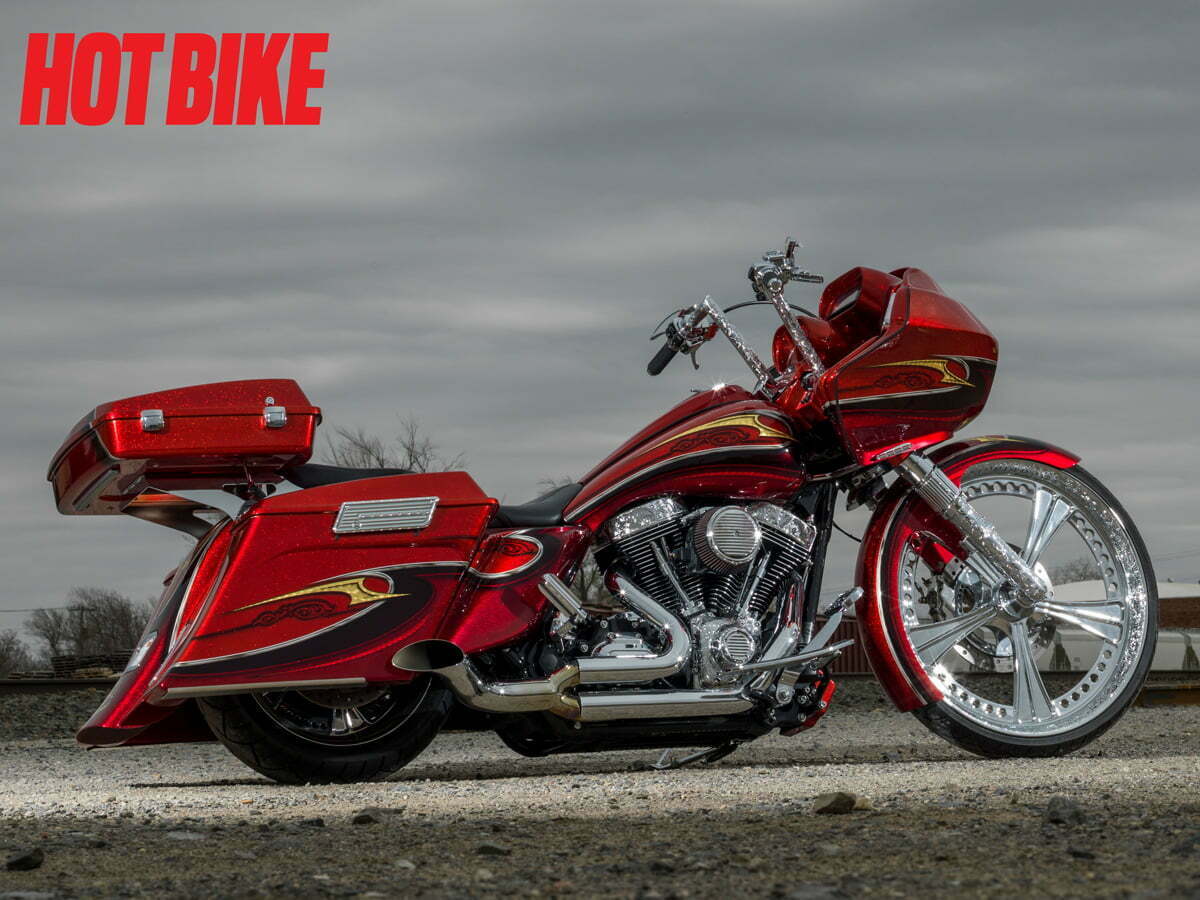 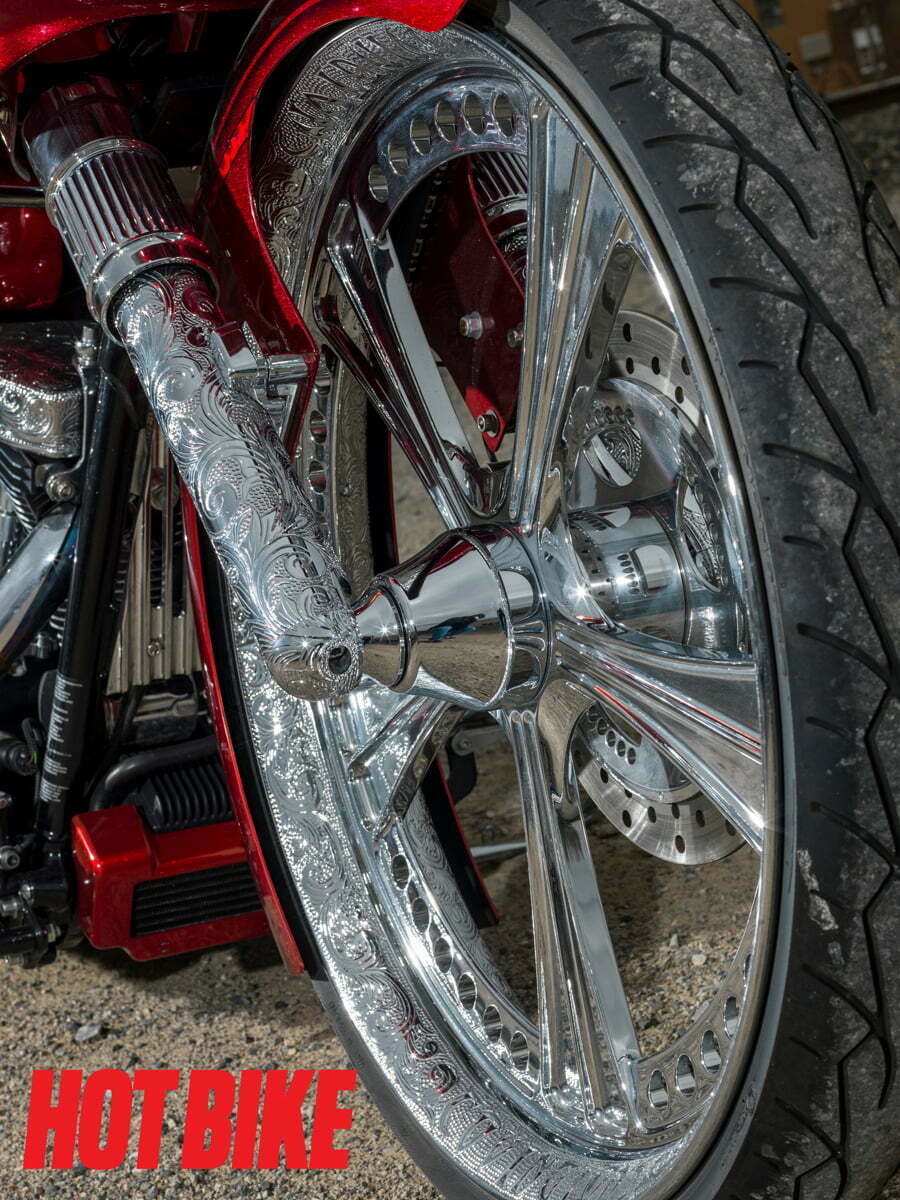 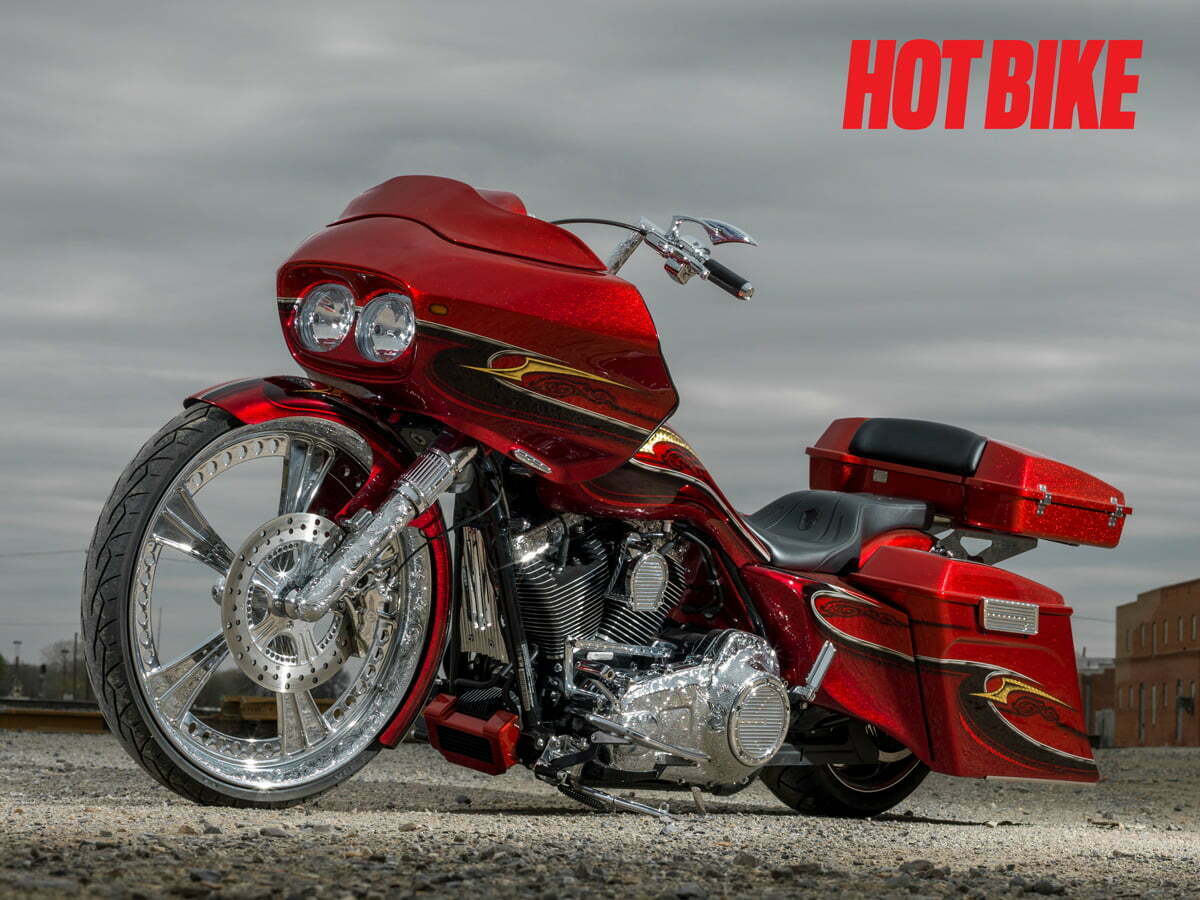 The riders who successfully completed the first year of the GEICO Hot Bike Tour ended up being a bit of pioneers. No one really knew what to expect, who would show up, and really whether it would even be any fun at all. At the first stop in Little Rock, Arkansas, a pair of big-wheel baggers sat at the far end of the parking lot that was designated for the bike show. One look at these bikes and the show portion of the stop looked exactly like where they belonged.

One look at these bikes and the show portion of the stop looked exactly like where they belonged.

Where else would fully engraved Road Glides with 26-inch wheels, front and back air ride, and blasting stereos be otherwise?

The next day, 120-plus Long Riders gathered on a hot early morning and prepared to start the 1,000-mile journey. Street Glides and Road Glides filled the parking lot in various forms of customization but for the most part resembled stock motorcycles. Parked near the back of the pack appeared those show bikes again, the one featured belonging to Jerry Covington of the world-famous Covingtons Custom. When the call was announced for “Kickstands up!” Jerry’s bike fired up and set off down the road along with the rest of the riders.

Jerry’s bike fired up and set off down the road along with the rest of the riders.

Wait, surely there’s no way these show-class-level bikes are going to do the tour?

With each passing day, Jerry’s bike was always one of the first bikes to arrive at the day’s end destination. After a few spritzes of the detailer spray and the wipe of a microfiber cloth, the lustrous shine of the show was quickly unveiled from beneath the bugs and road grime. Once clean of the small insect carcasses, the level of customization could be more carefully admired including the 26-inch Covingtons DC wheels carefully engraved by Engrave It, Inc. out of California. The etched art didn’t stop there and continued in tasteful amounts throughout most of the bike. Ryan Mullins, painter, and Brian Loker, graphics, handled the House of Kolor paint job that could easily command Best of Paint in most shows entered.

the House of Kolor paint job that could easily command Best of Paint in most shows entered.

To make the riding that much more enjoyable, 900 watts of JL Audio stereo system kept the bikes blasting clearly to just the right song in the playlist. For those who doubt the power of air, an Arnott front and rear air ride successfully took the bike each day from the comfort of a proper riding height for the various roads of middle America to the stance of a lowered show bike when it was time to get off the bike for the day.

The point that has been driven home by Jerry’s bike is that just because something looks like a trailer queen doesn’t always mean it is.

just because something looks like a trailer queen doesn’t always mean it is.

A quality-built motorcycle can not only dominate among the parking lot pimps but get you from point A to point B no matter what the road throws at you. Covingtons Cycles has proved that beauty and function can coexist. All it takes is a call to the shop, a good-sized bank account, and a signed blank check.

Home-Built Performance From David Pearce | High Level, Alberta, Canada This is my 2007 Harley-Davidson Softail I have owned since […]