In honor of the 10th Anniversary of the Buffalo Chip’s Legends Ride S&S Cycle, Inc. is debuting a 165-170 horsepower performance-styled Harley-Davidson Dyna Low Rider custom to be auctioned in support of the milestone event that kicks off in Deadwood, SD on Aug. 7. The fully customized Low Rider, designed to look and feel every bit a “muscle bike,” will be unveiled on Saturday, March 25 at 12:15 p.m. at the Donnie Smith Bike & Car Show in the St. Paul RiverCentre, St. Paul, Minn.

“This incredibly beautiful and powerful bike created by the masters at S&S Cycle will be going up on the auction block at the Legends Ride this August,” said Rod Woodruff, President of the Sturgis Buffalo Chip. “It’s not only a real prize, but its sale will support the Ride, which has so far raised nearly half a million dollars for local charities including South Dakota Special Olympics and the Sturgis Motorcycle Museum. The top bidder is going to ride off on one incredible and unique motorcycle while feeling like a hero for supporting very worthy causes.”

To be one of the first to get a look at the 10th Anniversary Legends Ride bike, attend the official unveiling at the Donnie Smith Show on March 25. Information and photos will be posted at BuffaloChip.com after the event. 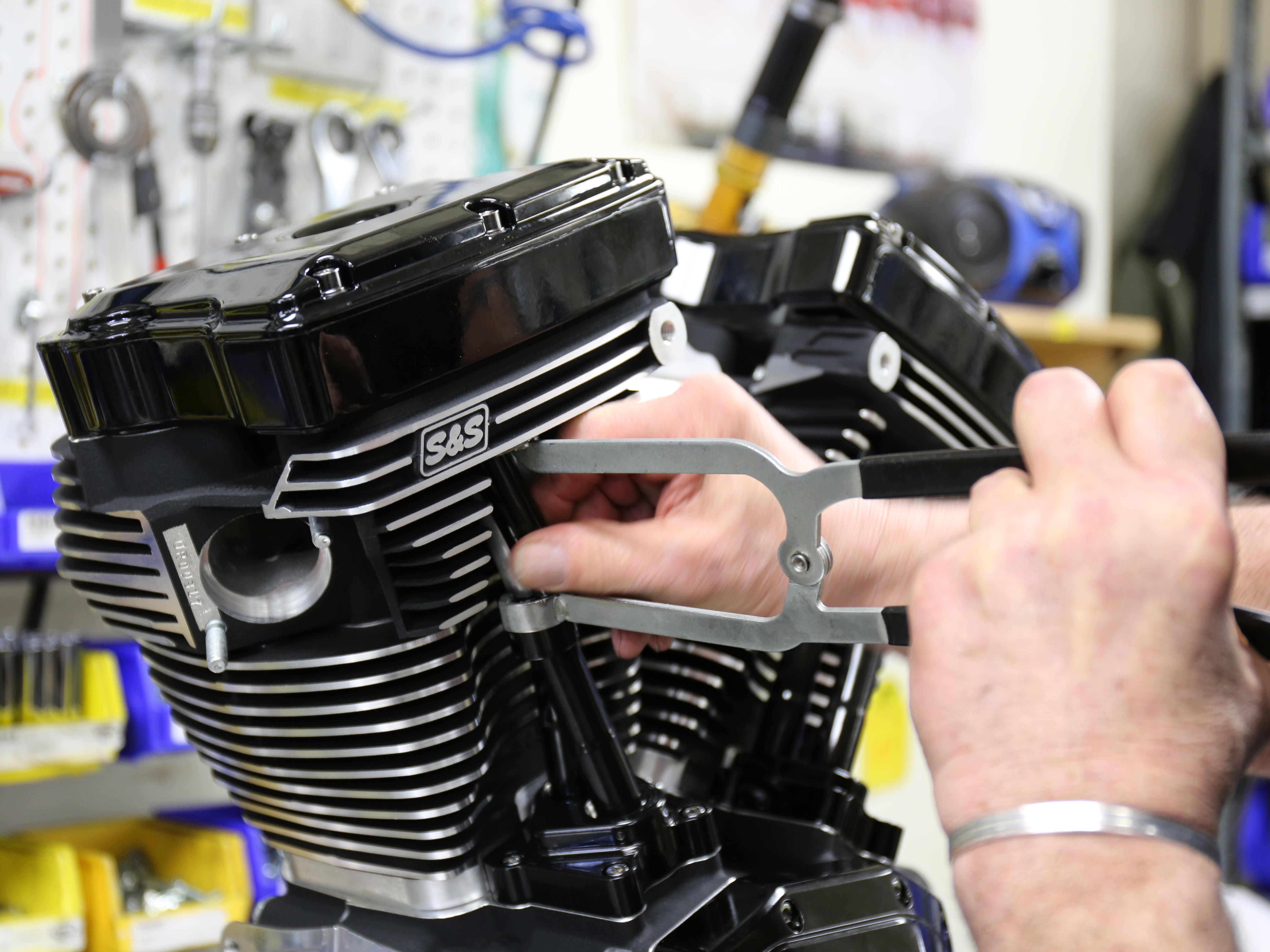 Can’t wait to see the rest of the bike.

Courtesy of The Buffalo Chip

What started as a passion for speed, grew into the best-known company name in the V-Twin high performance aftermarket. George J. Smith had to build his own parts to make his motorcycle faster. Now the company he founded manufactures the most prestigious line of “go fast” V-Twin engine parts in the world. The company was started in the basement of his home in Blue Island, Ill. In 1958, and move to Viola, WI in 1969. In 2004 an additional facility was opened in La Crosse, WI.

About the Legends Ride

Celebrating its 10th Anniversary, the Sturgis Buffalo Chip’s Legends Ride is dedicated to bringing rally goers together to raise significant funds for local charities and the Buffalo Chip Challenge Scholarship Program. Having raised nearly $500,000 for charity since its inception in 2008, the Legends Ride has played host to some of the biggest names in television, film, music and motorcycling, along with riders from all corners of the world.

The Sturgis Buffalo Chip® is the Largest Music Festival in Motorcycling®. It is the world’s first and leading entertainment destination for the motorcycle enthusiast and 2017 South Dakota Excellence in Tourism Innovation award winner. Since 1981, the venue’s high-profile, nine-day festival, known as The Best Party Anywhere®, remains one of the world’s most televised and longest running independent music festivals. Located three miles east of Sturgis, SD on 600 creek-fed acres, it offers eight stages of entertainment, a swimming hole, bars, mouth-watering food, showers, cabins, RVs, camping and more to visitors traveling from all corners of the world. The Chip’s concerts are free with camping. More details are available at www.BuffaloChip.com.

TBR Sportster Intake and 2-into-1 Exhaust

With the stock air cleaner removed, we installed the TBR intake baseplate. The air cleaner element was then fitted to […]

The party is officially over! It couldn’t have been a better ending at Coker Tire in Chattanooga, TN with record […]

What started as a rather small parking-lot show four short years ago in Orange, California, has become the largest show […]

The Lowside—Austin, Texas, And The Handbuilt Motorcycle Show

5 Apparel Options That Adapt To Any Weather Condition