Almost three decades ago, the Sturgis Buffalo Chip® started setting aside a day to honor all those who have served and sacrificed to protect American lives and freedom. This year’s annual Freedom Celebration presented by Black Rifle Coffee Company will be held Thursday, Aug. 10. It includes a full day of riding and events, culminating with a celebration on its main stage, recognizing a few worthy warriors with the Bob Hanson Distinguished Service Award. These same courageous veterans have committed to making presentations and imparting personal accounts of patriotism to those who attend. The celebration will culminate with performances by George Thorogood and Blink-182. 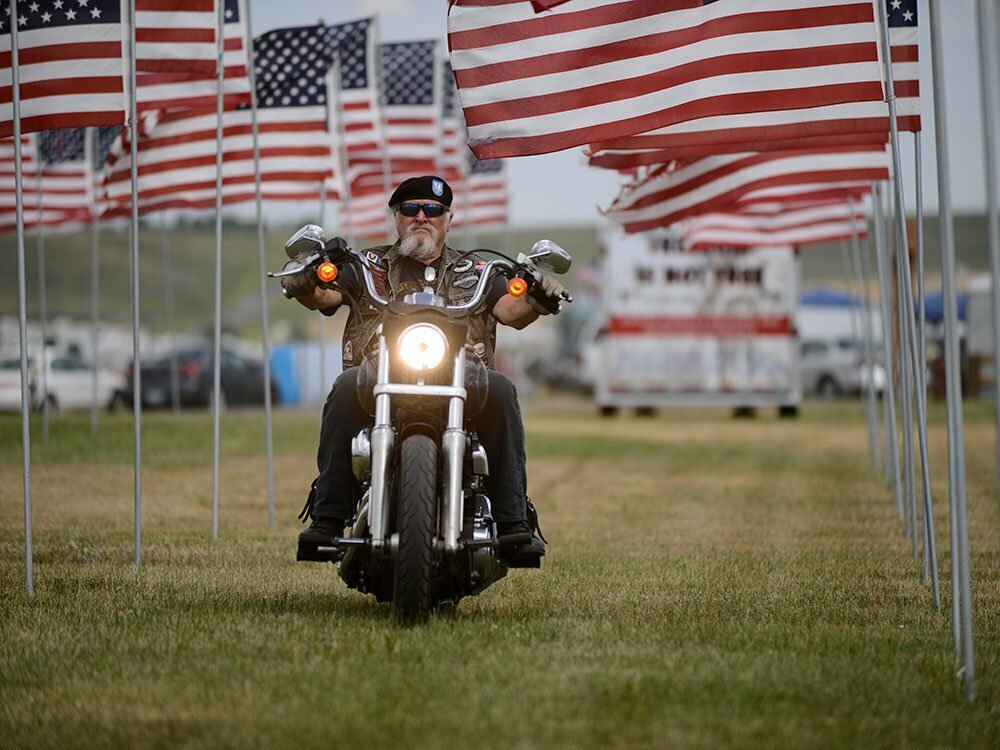 The Chip has always been proud to support America’s service personel.

The Ride
As an extension of the Chip’s Freedom Celebration, the fourth annual Freedom Celebration Ride allows participants to honor America’s veterans and contribute to charities that assist wounded vets and their families. One hundred percent of the $75 ride donation will benefit the Warrior Dog Foundation, Combat Wounded Coalition and America’s Mighty Warriors.

Amphitheater Schedule
8:30 p.m. – Concert performance by George Thorogood
10 p.m. – Freedom Celebration Honorees take the Buffalo Chip’s Wolfman Jack Main Stage for the National Anthem and reception of the Bob Hanson Distinguished Service Awards
10:30 p.m. – Concert performance by Blink-182
Those wishing to participate in the activities in the amphitheater may do so by purchasing a campground admission pass. More information can be found at BuffaloChip.com/FreedomCelebration 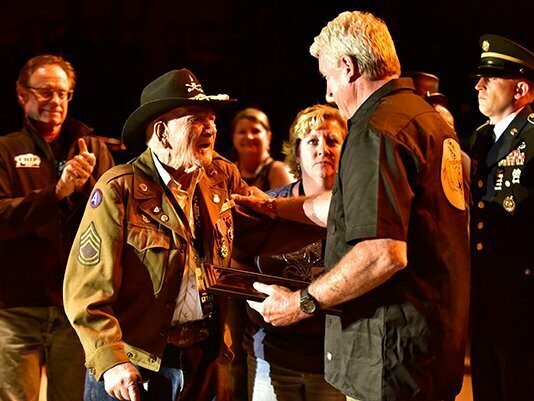 Remembering Bob Hanson
The cowboy, boxer, cavalryman war hero and beloved friend of the Buffalo Chip for whom the Bob Hanson Distinguished Service Award was named “moved upstairs” in January of this year at the age of 99. Tech Sgt. Hanson landed at Utah Beach on July 4,1944. One month later, on August 4th , as part of Lt. Gen. George S. Patton’s advance through France, Sgt. Hanson was delivering ammunition and land mines to American forces nineteen (19) miles behind enemy lines. The armored car he was standing in took a direct hit from an anti-tank cannon, which set everything afire, causing severe burns to Bob’s head, arms, and feet – and his legs were broken. Exploding ammunition blew him out of the vehicle. Found in the pasture, his trip to a hospital and POW camp began on a little straw in a wooden wheel barrow. Not expected to survive, he was not well enough guarded in the prison camp to prevent him from becoming instrumental in helping the ranking US officer to escape. There were 87 pounds of him left at liberation. His quick, genuine smile will always be missed at the Chip, but his indomitable spirit will live on through this award and the honorable service of those who accept it.

2017 Honorees and Special Guests
The Chip will present the Bob Hanson Distinguished Service Award to several honorees. Past recipients of this award include John McCain and the families of Tyrone Woods and Glen Doherty, two Navy SEALs slain while saving many lives in the attack on the American compounds in Benghazi, Libya. 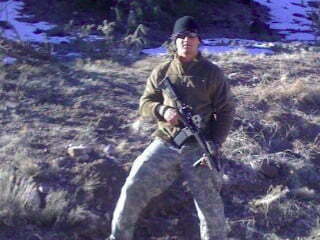 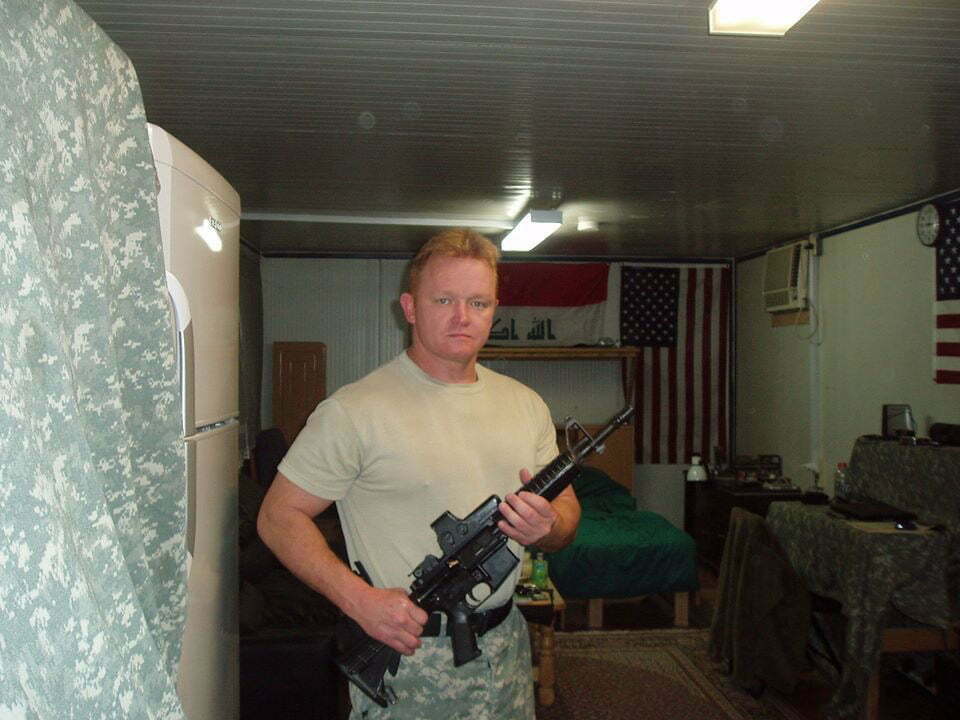 Keith Helfrich joined the Army in 1986 and through hard work eventually attained the rank of 18Z, Special Forces Operations Sergeant. He served in combat through Operation Just Cause, Operation Desert Shield, Desert Storm and Operation Provide Comfort II, Bosnia and Iraq. He served four tours in Iraq and retired after 26 years of service with 100 percent disability after sustaining his last injury. He was awarded the Bronze Star for his contribution during Operation Iron Fist. 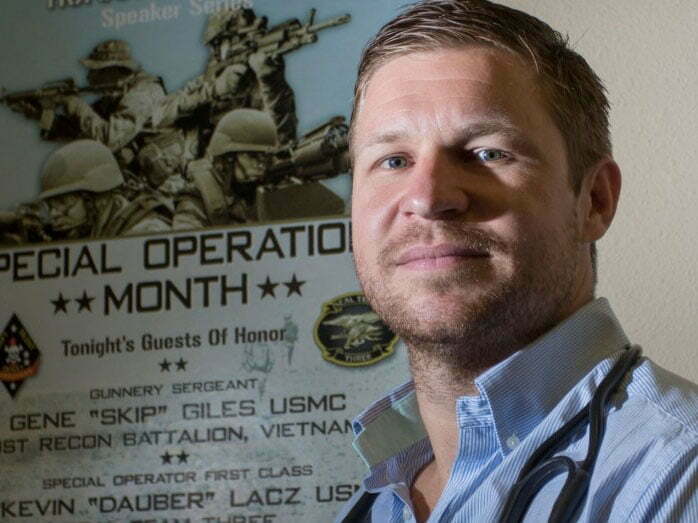 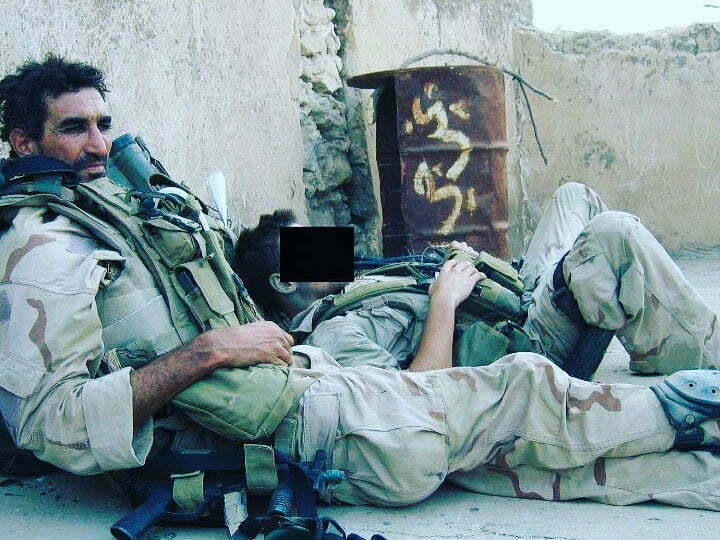 Johnny Walker, a code name given to him by the SEALs for his own protection, is Iraqi by birth. He served valiantly as an interpreter, investigator and brother in arms fighting Islamic extremists in Iraq. He did not just interpret, he went on missions with the SEALs and employed various techniques to draw the insurgents out. Johnny accepted the assistance of the SEALs with whom he served, who helped both him and his family come to America when it became too dangerous for them to remain in Iraq. At one time, he carried a $50,000 bounty on his head. He is now in the process of becoming an American citizen. 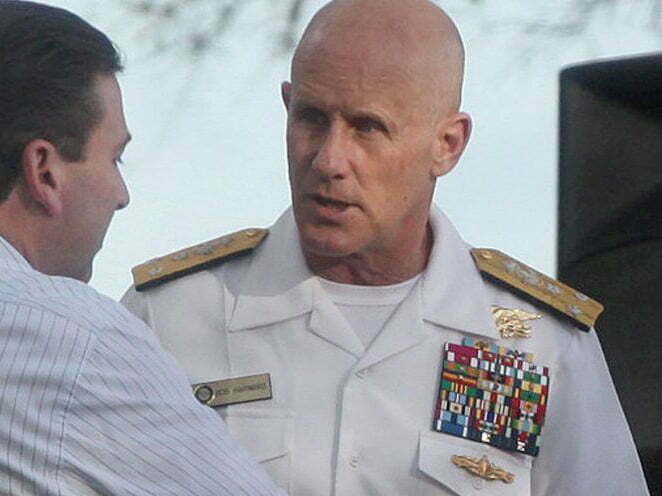 Vice Admiral Robert Harward retired from the Navy in 2013. He grew up in a Navy family, graduating from Tehran American High School in Iran. After graduating from the US Naval Academy, College of Naval Command, the Naval Staff College and Armed Forces Staff College, he served as an executive fellow at RAND and graduated from MIT Center for International Studies. He served as commander of SEAL Team Three, Assault Team leader and operations officer at Naval Special Warfare unit 1, aide-de-camp to Commander, US Special Operations Command; Command and more. Harwood served in the executive office of the President at the White House where he served on the National Security Council as the Director of Strategy and Policy for the Office of Combating Terrorism. His first flag assignment was chairman of the Joint Chiefs of Staff representative to the National Counterterrorism Center, as a member of the Senior Interagency Strategy Team. Additionally, he served as deputy commander of the Combined Joint Interagency Task Force 435 from 2009 to 2011 in Afghanistan. Harwood commanded troops in Afghanistan and Iraq over six years since September 11, 2001.

Ben Wallace enlisted in the Army shortly after his 17th birthday. He volunteered for Airborne school and then served at Ft Bragg until he turned 18 and was eligible to be deployed to Vietnam. He would serve four tours in Vietnam with the 173rd Airborne Combat Team, re-enlisting as each passed so he could continue to serve. He was awarded several medals including the National Defense Medal, Republic of Vietnam Campaign Medal, Vietnam Service Medal and 4 Overseas Service Bars. Wallace contracted malaria and returned to the U.S. weighing just 111 pounds. He regained his health, entered college and earned a degree in engineering. He is an avid motorcyclist.

2014 Dominator-style rigid Sidecar Photo: John Zamora Your normal shakedown cruise on a new custom is a test ride to […]

How to Install Cobra Exhaust and a Vance & Hines Fuelpak 3

As the saying goes, a motor is nothing more than a big air pump. Air goes in, gets mixed with […]

Remember the old Mongoose Motomags on your BMX bike? Well Roland Sands has taken that design to the next level […]

Harley-Davidson Footwear And Streetwear – Who, What, Wear