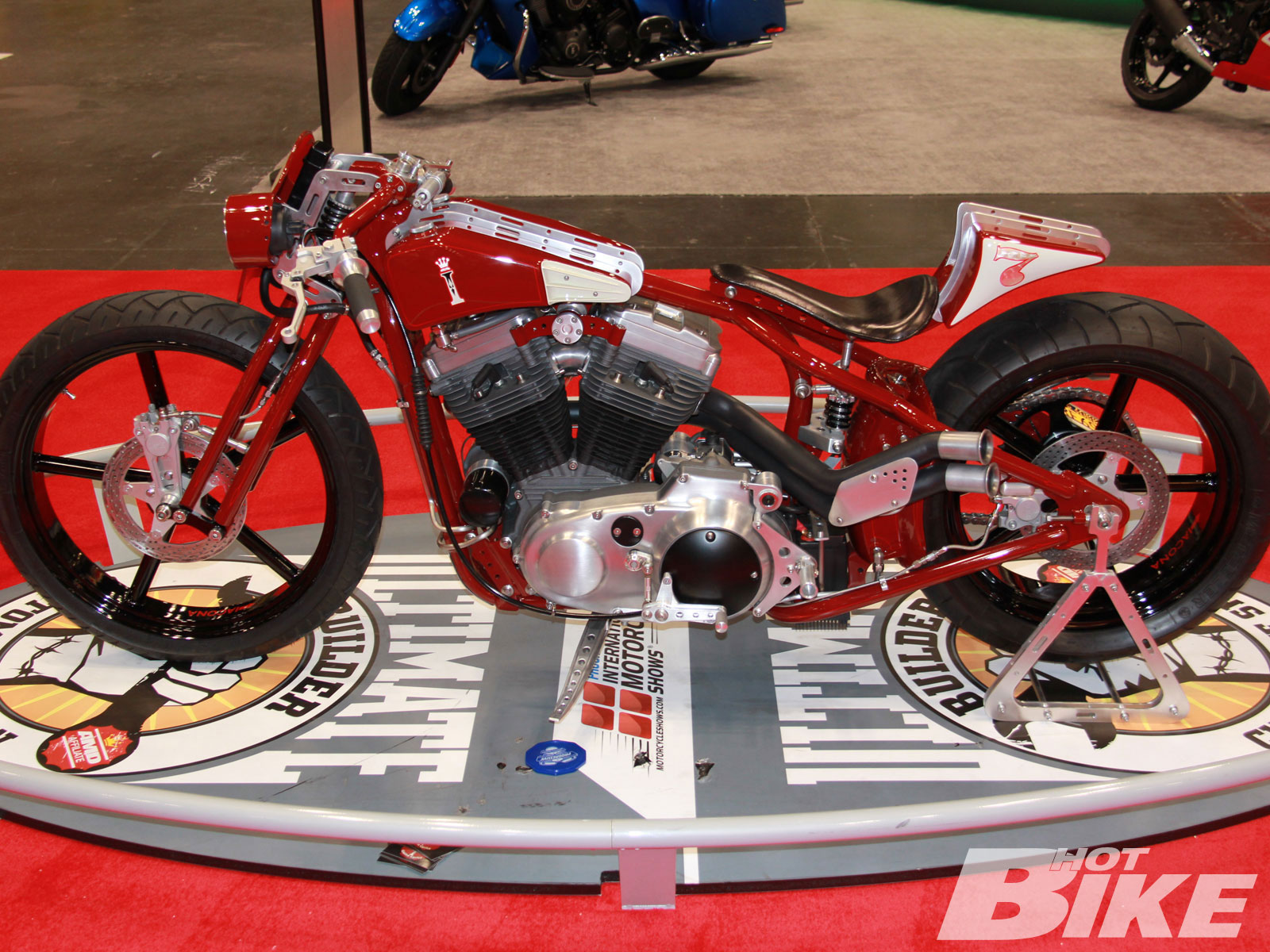 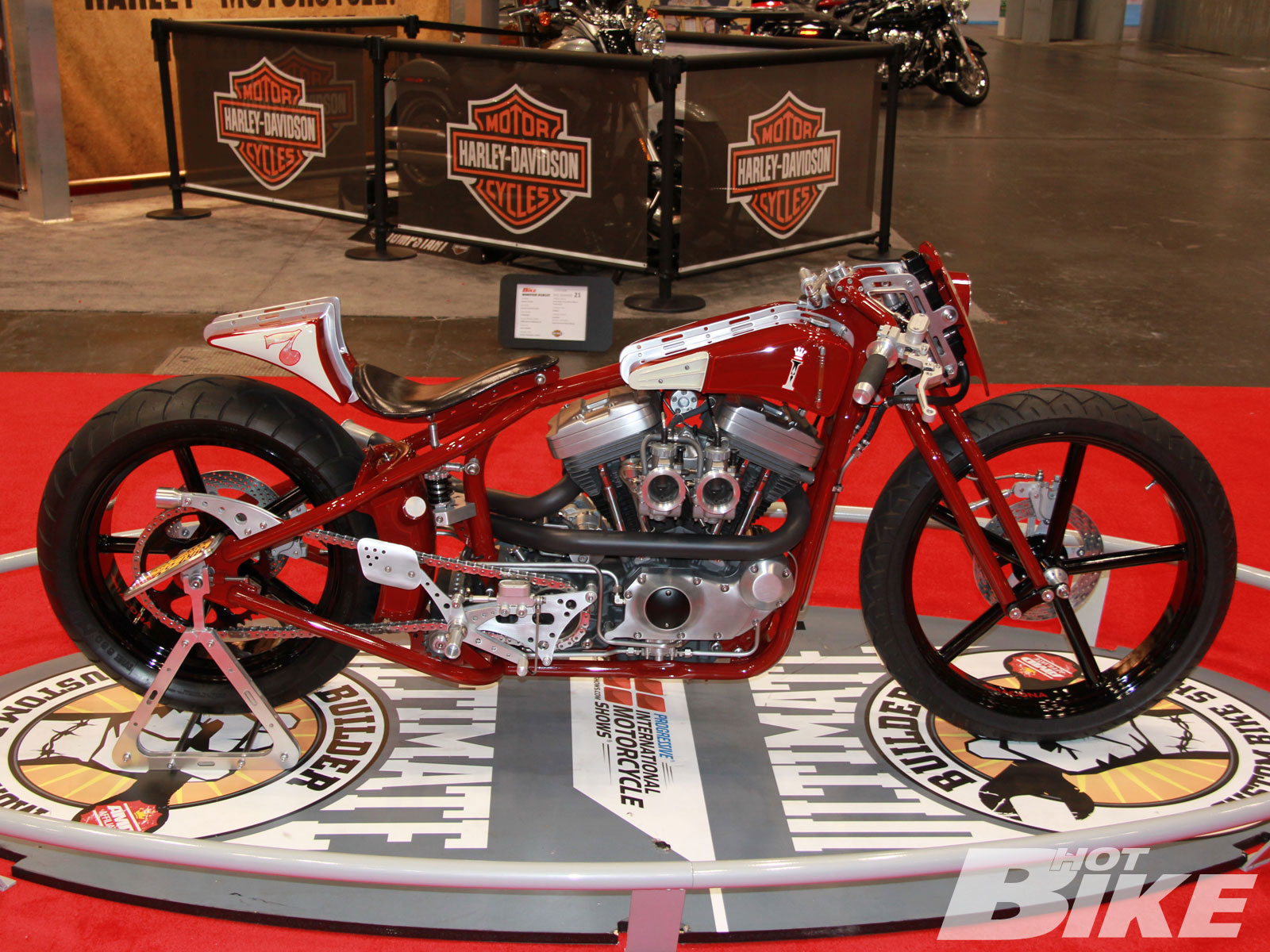 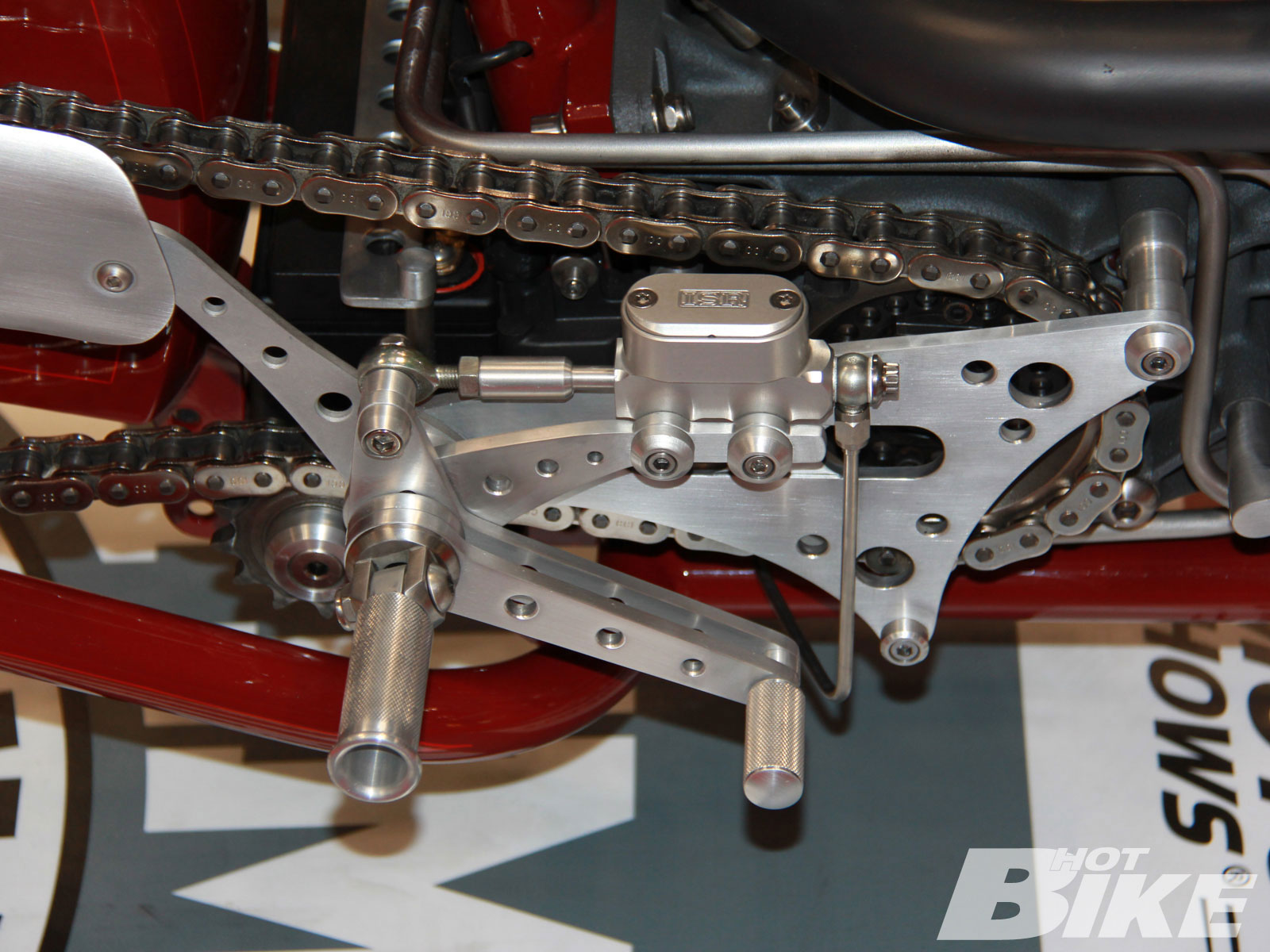 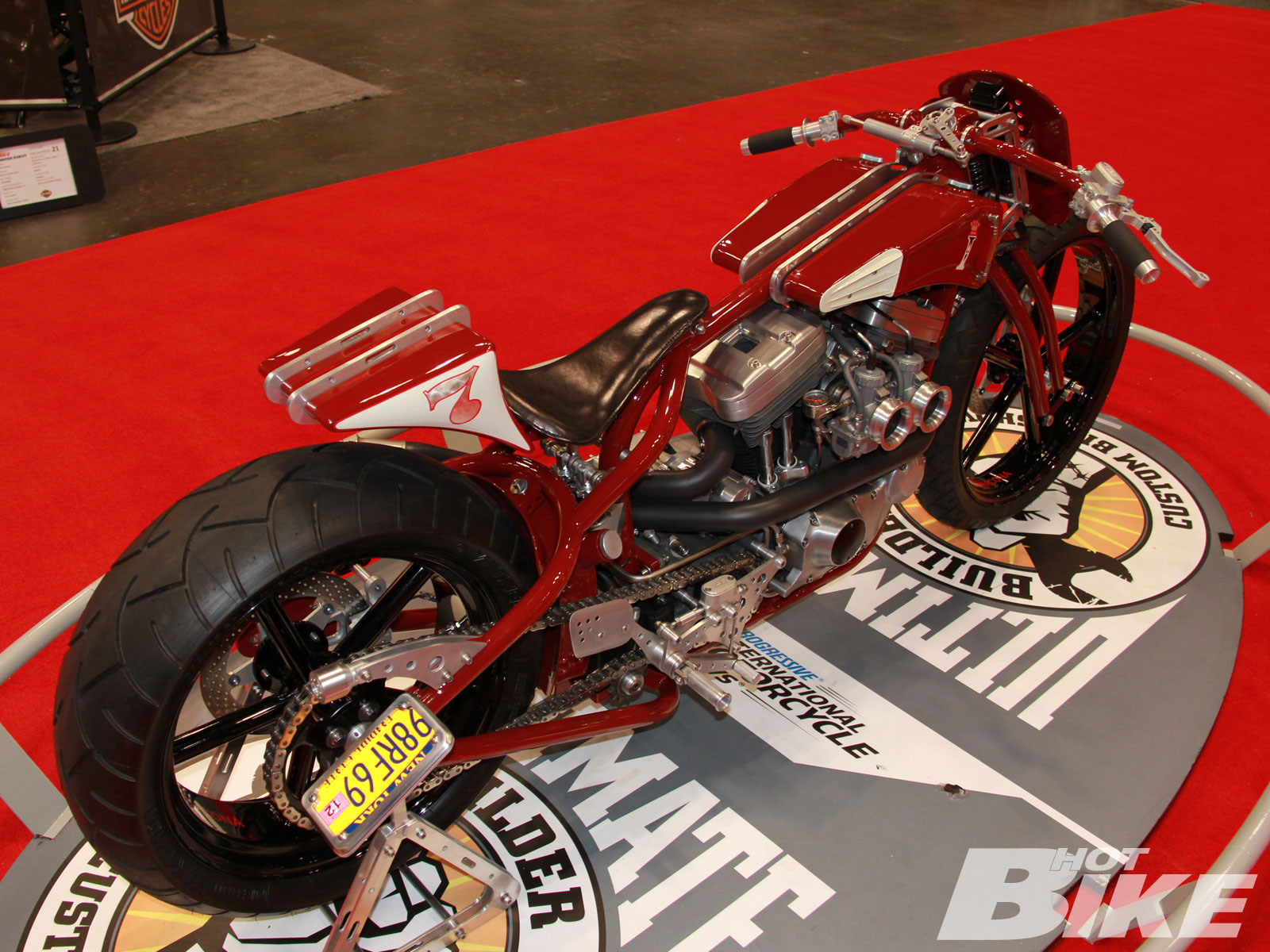 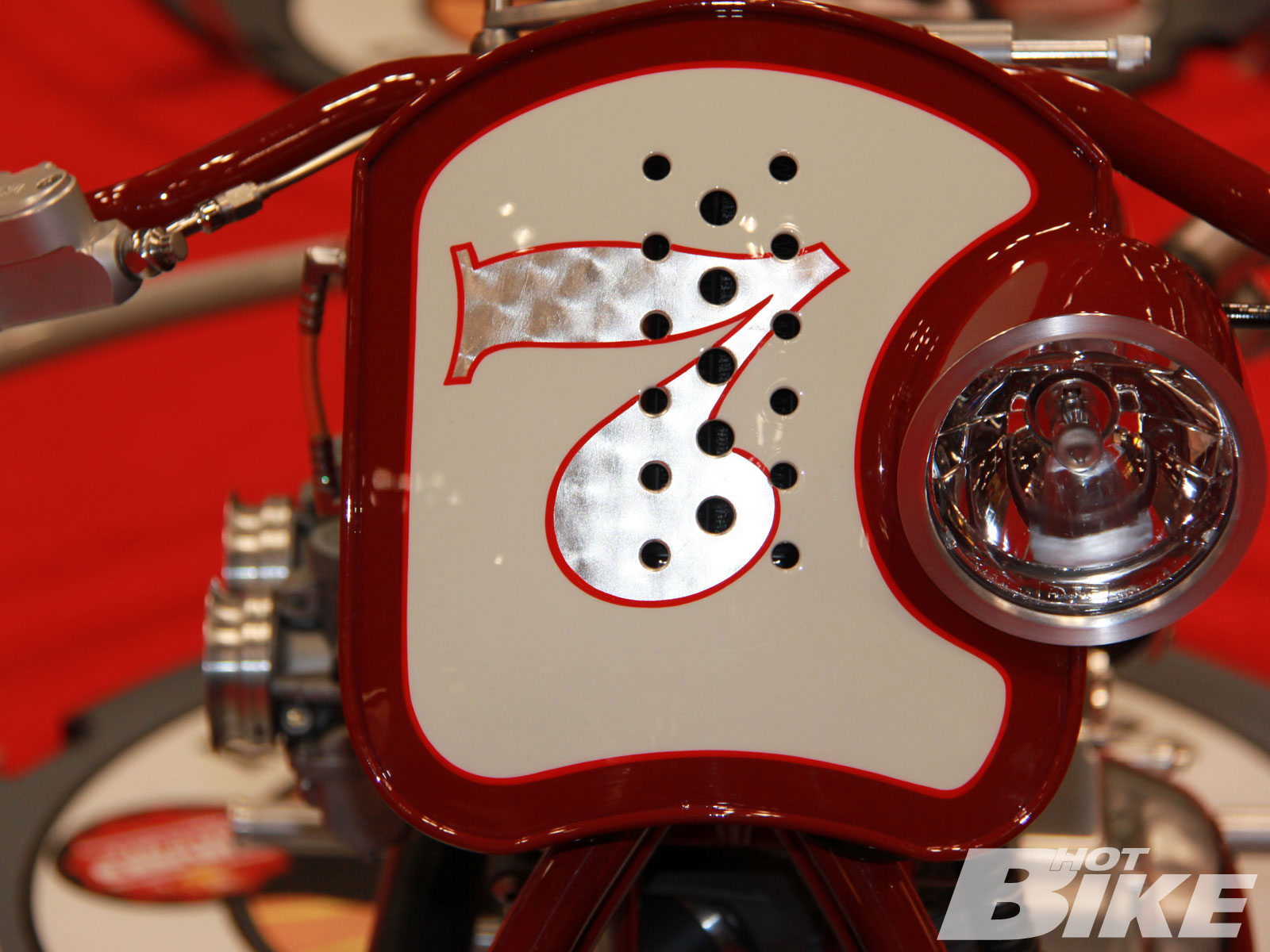 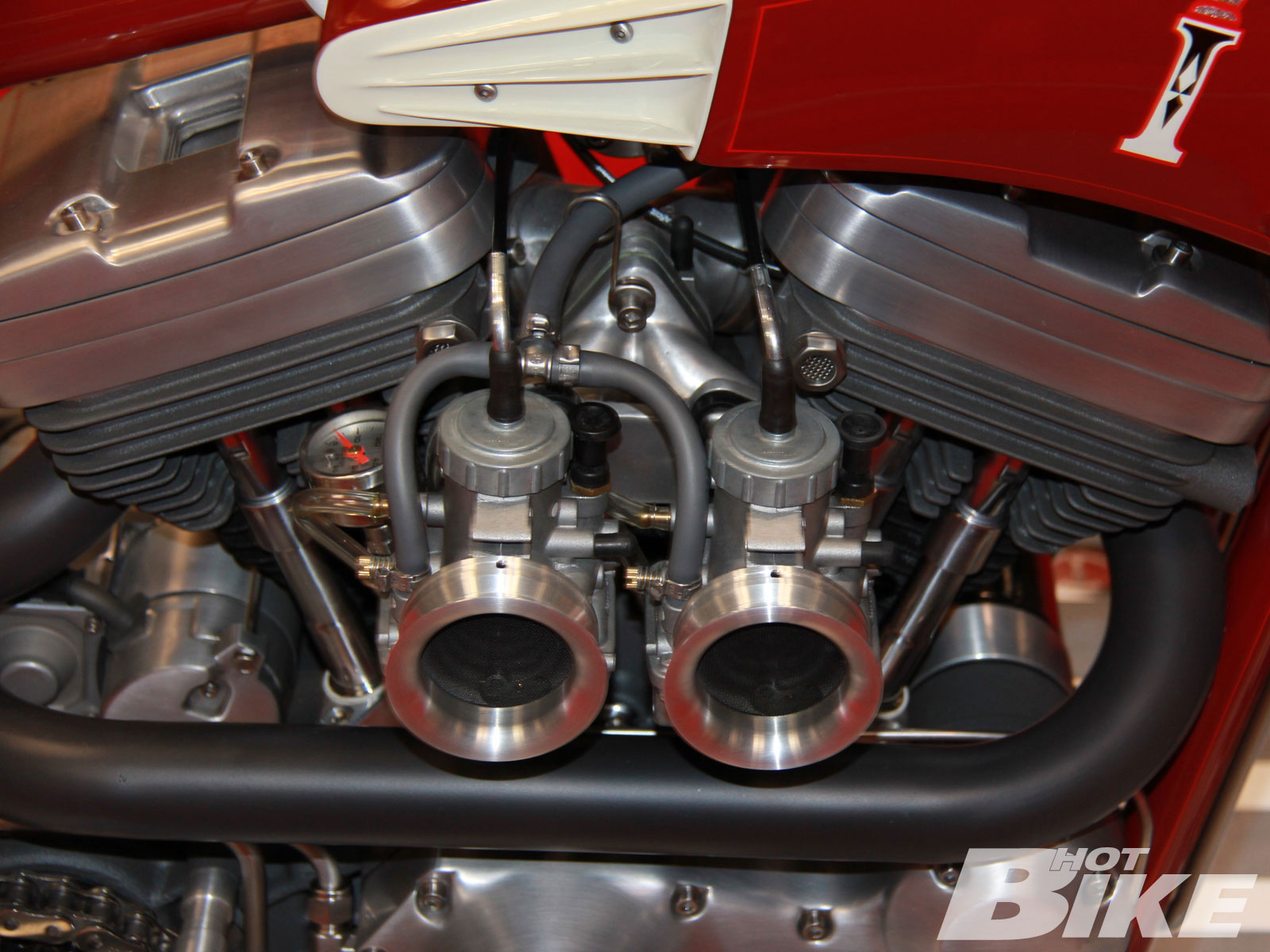 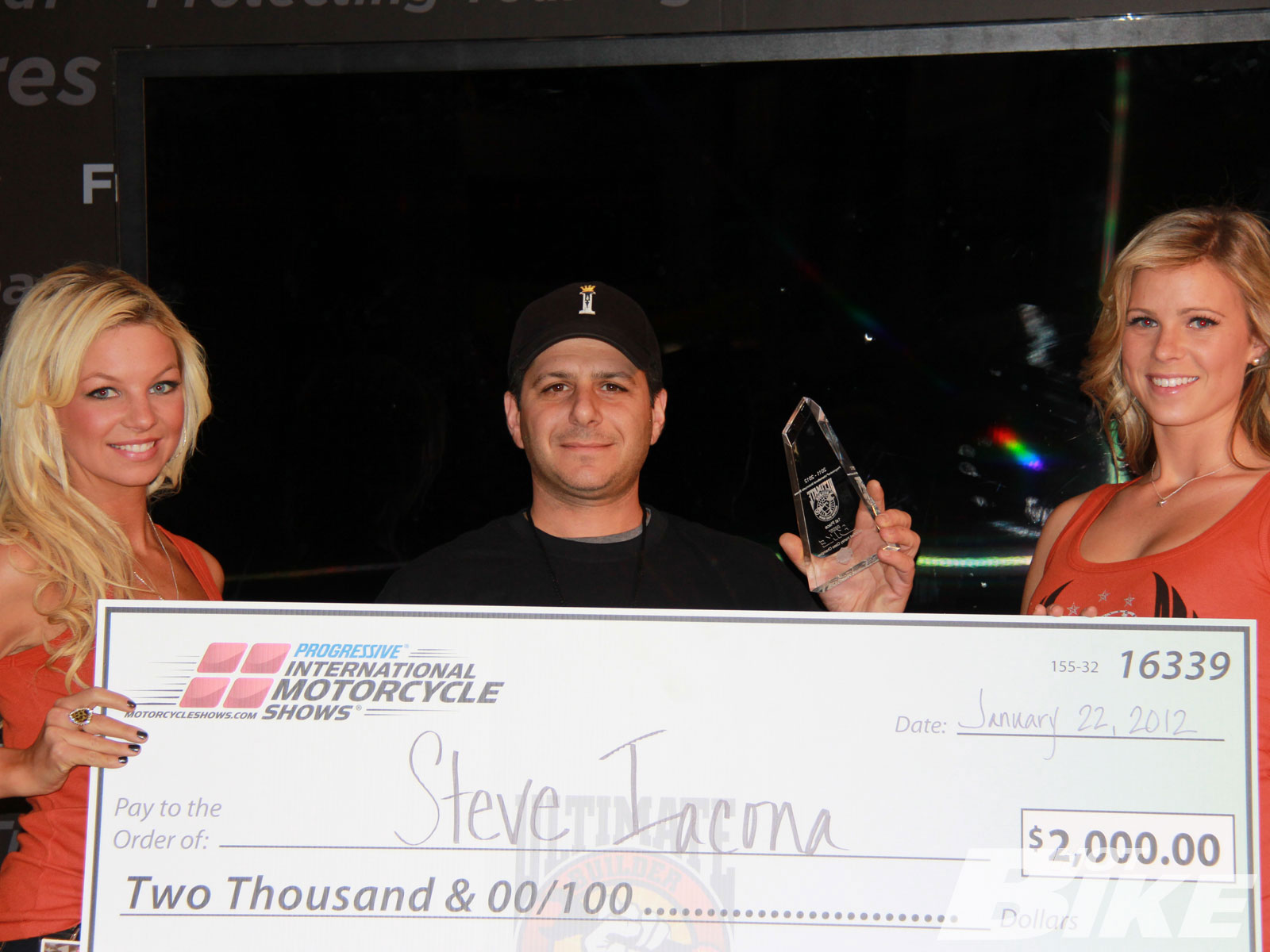 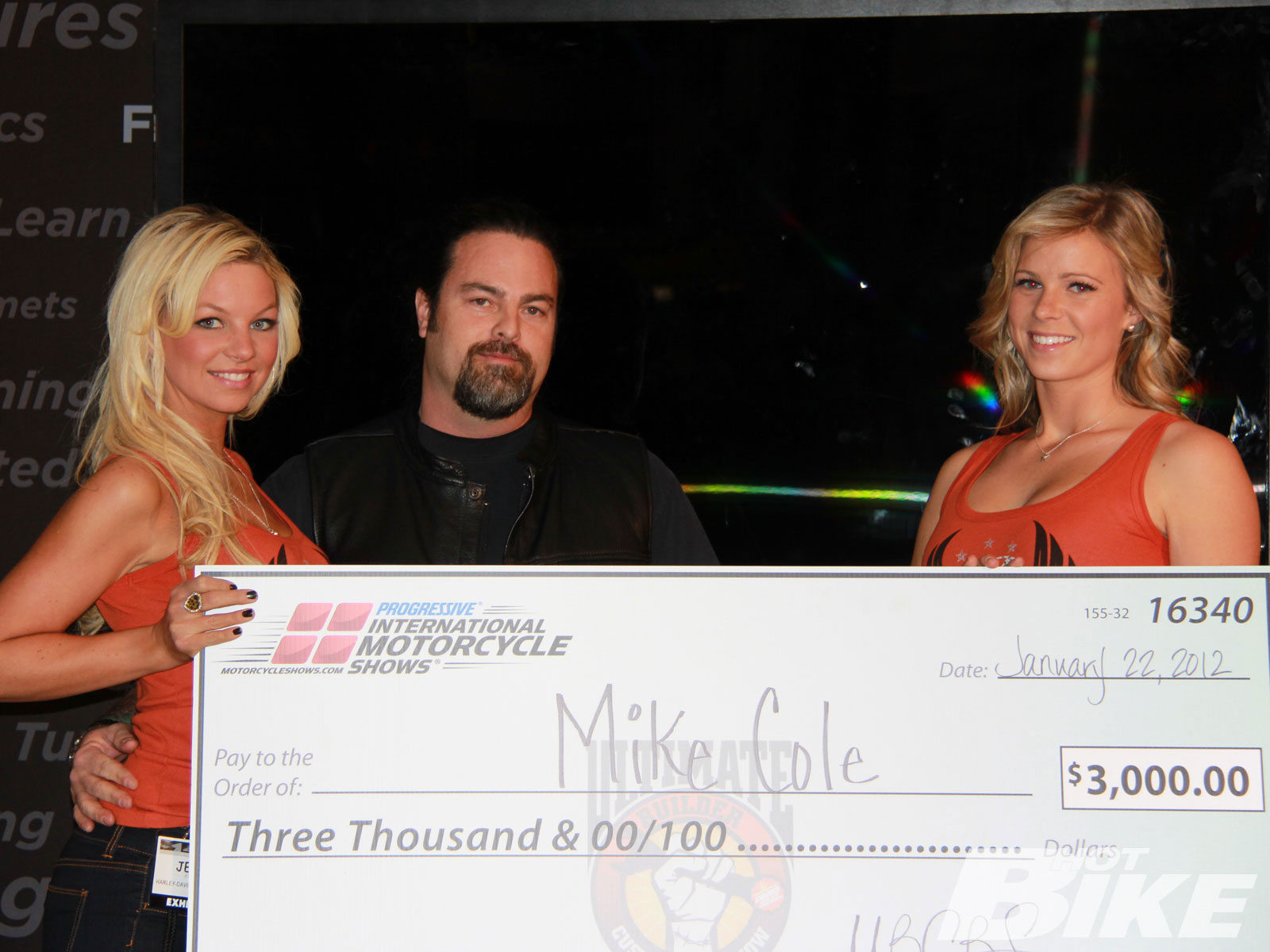 Mike Cole rode away with $3,000 for his bike Steampunk which took top honors on the Freestyle Class. 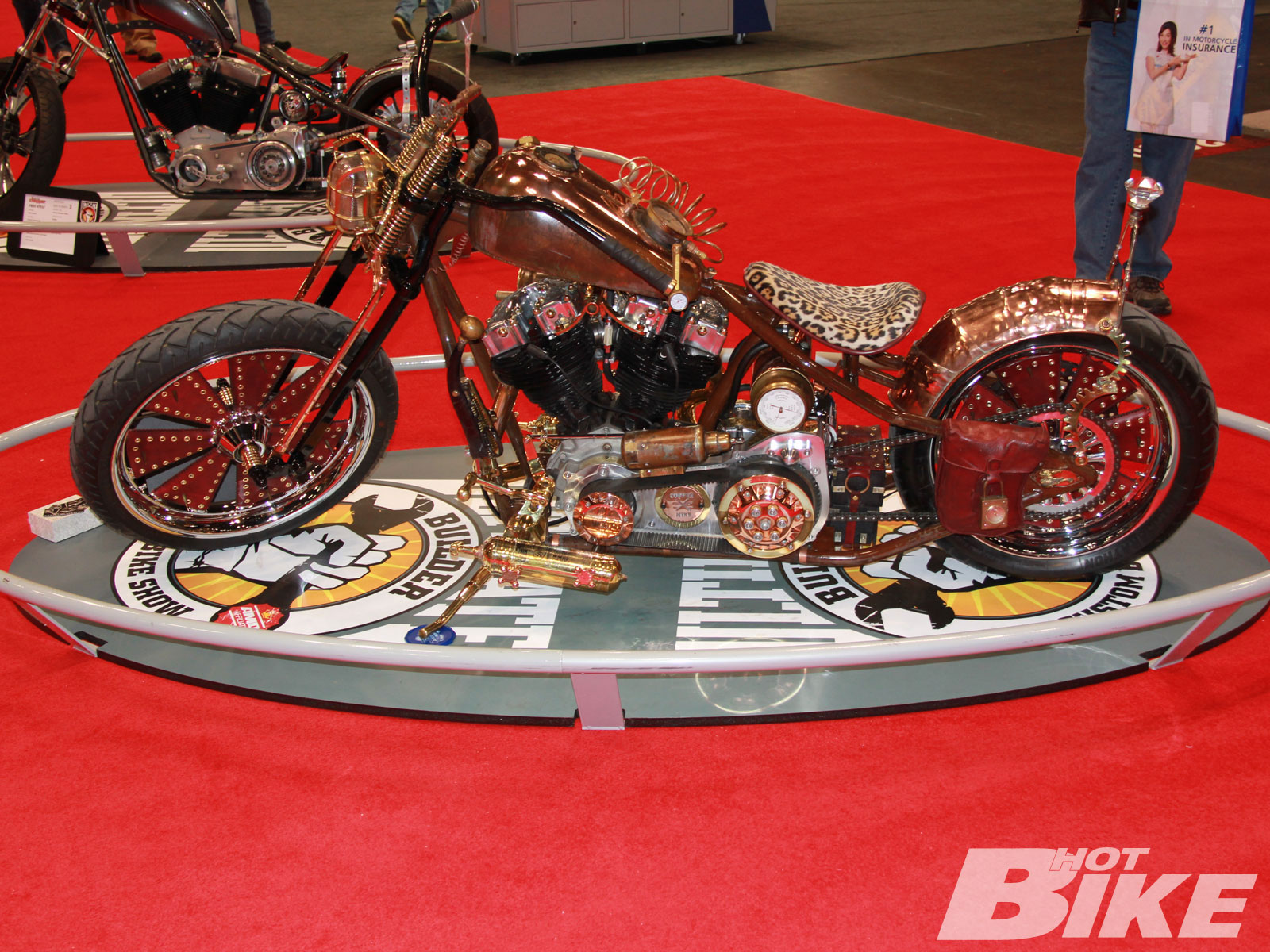 The ignition coils are located near battery box along with all electrical connections. Brake and oil lines are hand formed stainless steel. Oil cooler has been mounted behind front number plate. The frame has been converted to a hardtail. Engine rebuilt using Buell heads and cylinders, dual 30mm Mikuni carburetors, Stainless steel hardware has been powdercoated.

FreeStyle Class
Copper Mike Cole of Gravesend Cycles brought his latest piece of rolling art called Steampunk to the Ultimate Builder Custom Bike Show and took 1st place in the ultra-competitive FreeStyle class. The 1973 Harley-Davidson Shovelhead features a rebuilt engine with engraved heads and 10:1 compression. The Copper-one re-purposed numerous antique gauges and parts and rebuilt them into functional pieces. He built a hand clutch with an old Harley mouse trap. The bike is fabricated from equal parts copper and brass.

The floor boards come from old fire extinguishers and the air cleaner is a brass box with a welded -in trumpet horn. Head light and taillight are sourced from a submarine. He also fabricated an analog GPS—a retooled dash mounted compass. The saddlebag is sourced from a leather Russian ammunition bag.

Windshield Vent Trim with Optional LED Kit $39.95 each Courtesy of Custom Dynamics Customize the look of your Harley Bagger’s […]

Would you believe this kickstand is also the left-side footpeg? It locks in place when Mike’s ready to ride, and […]

The Best Harley-Davidson Models For New And Beginning Riders

If you’re a new motorcyclist looking for a gateway into Harley-Davidson that won’t break the bank, these sub-$10,000 models should […]

How To Measure Exhaust Sound