People collect all kinds of things: coins, stamps, comic books, trophies from their victims, you name it. For Bart Samuelson, collecting means motorcycles. No matter what people collect, one thing is constant: the drive to keep adding to the grouping and making it grow. Bart’s as joyfully guilty as anyone else of this; the bike you’re seeing before you is a 2013 Harley-Davidson Softail Deluxe turned lay-frame lowrider he says he needed to make his collection complete (at least, until the next bike, of course).

He’d been jonesing a lowrider Softail for a while, prowling the interwebs looking for a good candidate. When he did, he didn’t hesitate to call the guys at Elite Motorsports for the job. Between Elite and Dakota V-Twin, they put in all the hard work that comes with turning a stock Softy into a lay-frame custom like this one.

Getting the skeleton to lay properly was the greatest challenge with this motorcycle, but it wasn’t the only one. Bart opted to use the stock front fender with a new 21-inch Ridewright wheel and Dakota V-Twin fork. Stock parts aren’t always happy when working with their aftermarket cousins; fitting the fender to clear the tire took some effort but, in the end, it all worked out.

Having scratched the lowrider itch in a big way, Bart loves the finished Softail. He may have even felt his collection was complete (for now). Collecting doesn’t really work that way though. I don’t know what’s next for him, and he might not either. But I’m sure he’ll know it when he sees it and all of a sudden his stable won’t be complete until he has whatever style of bike that is in it. That new swingarm is a far cry from its stock cousin. 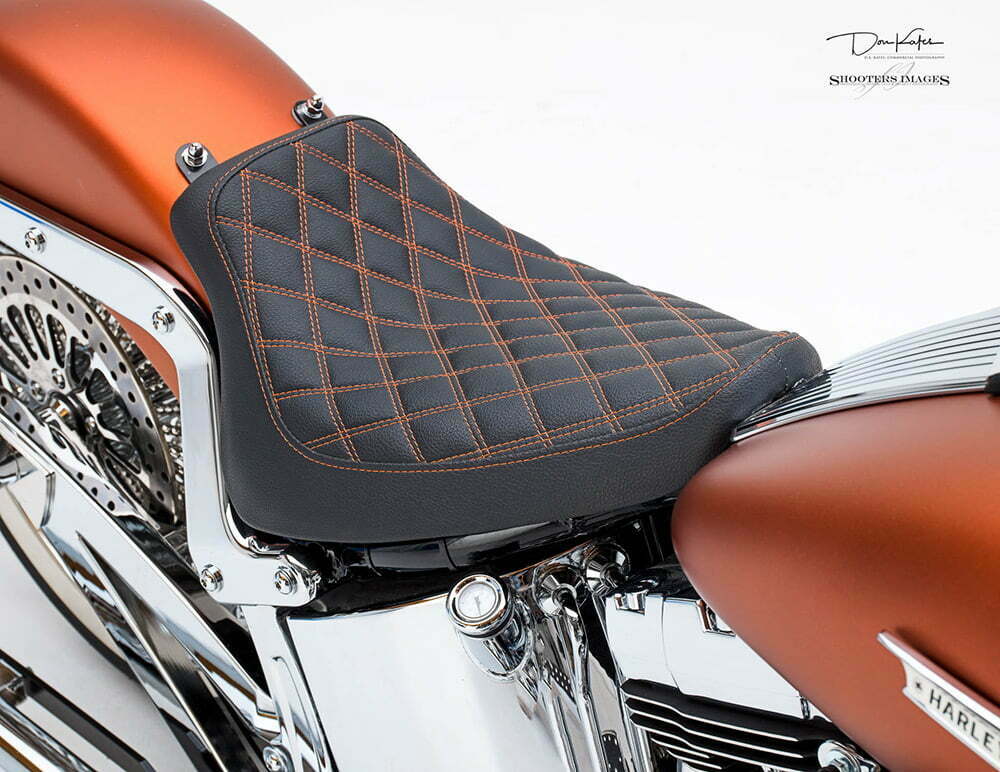 Elite Motorsports made the double-diamond-stitched solo saddle for Bart’s ride. Ballistic Cycles laid down Flat Orange Metallic to bring color to the bike and balance out all that shiny chrome. A Carlini handlebar gives the bike some bad ape-i-tude. (See what we did there?) 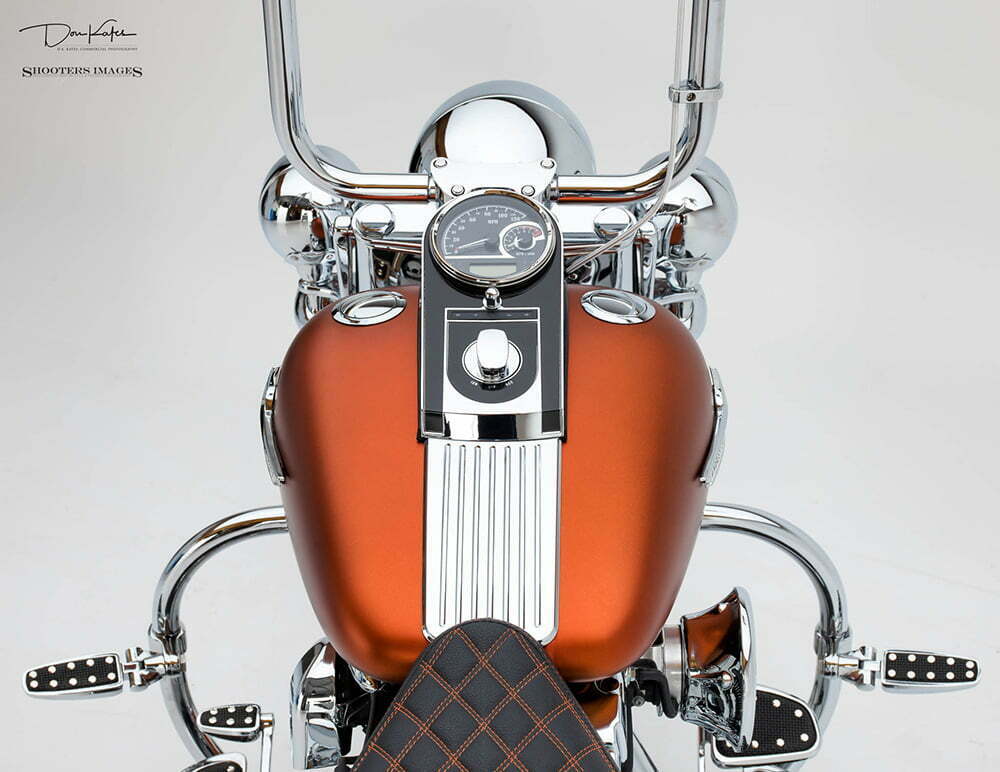 Although Bart kept the stock Harley-Davidson gas tank, Elite Motorsports cleaned it up with flush-mount gas caps to smooth it out. Call a veterinarian ’cuz those Samson fishtails are sick. 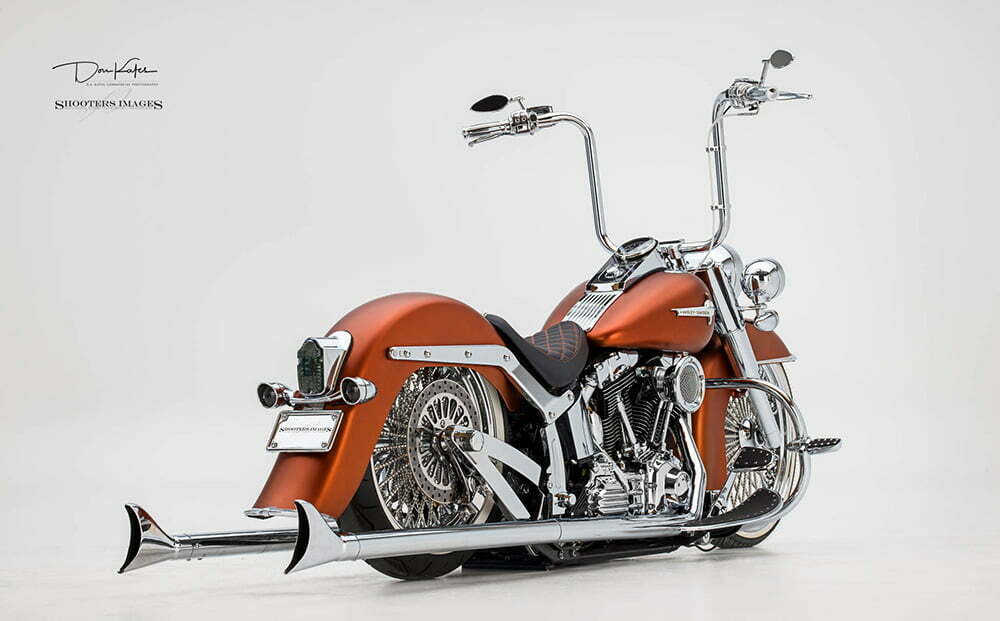 As we traveled from our first pre-tour location in Spirit Lake, Iowa we traveled to Mitchell, South Dakota, to meet […]

Jody Perewitz knows a thing or two about going fast. She broke into the 200-mph club on a V-twin and […]