Why We Ride Films, the production team that brought you Why We Ride, the most critically acclaimed motorcycle movie of all time, is thrilled to have Gloria Struck join their Kickstarter campaign to help fund its new film I AM STURGIS. 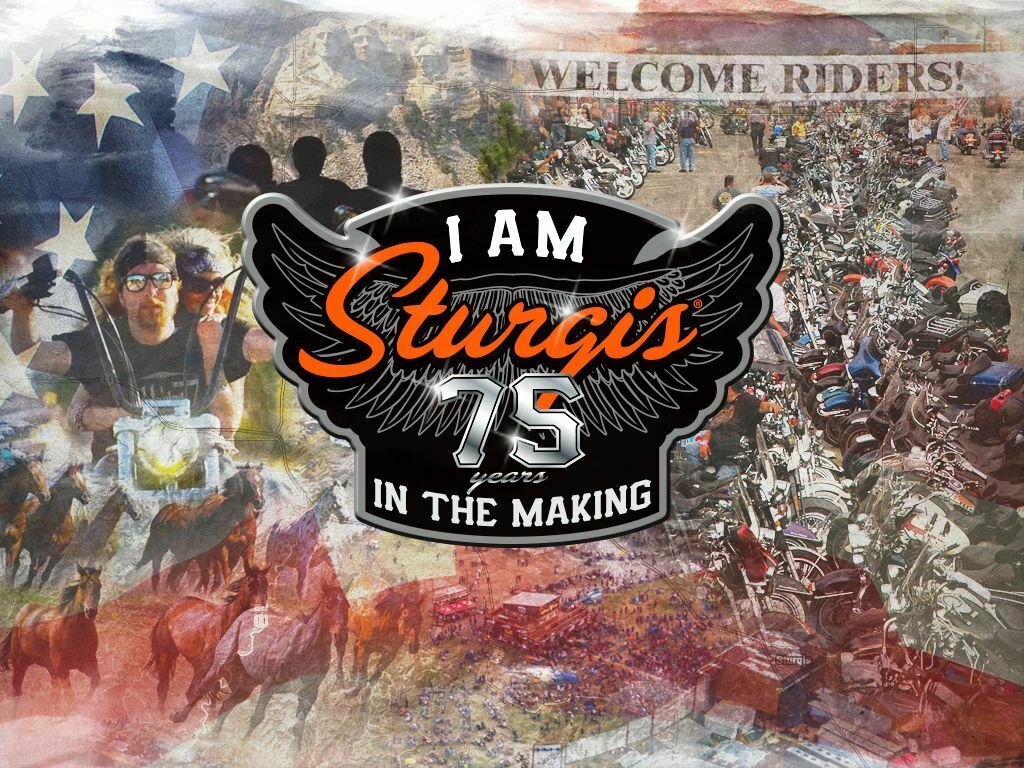 “We are honored to have Ms. Struck join our cause,” says Bryan Carroll, who directed Why We Ride and will direct I AM STURGIS. “Gloria is a legend. She inspires people whenever she rides, and she still rides a lot.”

Ms. Struck first sat astride a motorcycle in 1941, at a time when very few women did so, and she’s been riding ever since. She travels annually to motorcycle rallies around the country and gatherings hosted by the groundbreaking, all-female motorcycle club she joined in 1946, the Motor Maids. This year, as she’s done many times in the past, she plans on riding the 1,700 miles from her home in Clifton, NJ, to South Dakota for the 75th Anniversary of the Sturgis Motorcycle Rally. She’s been making the trek to motorcycle rallies all over the country for over six decades. 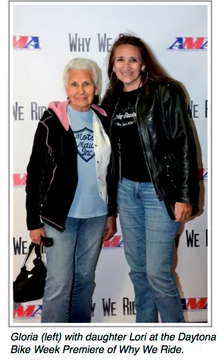 “We do not trailer bikes. We ride to Sturgis every year,” Ms. Struck says. “My goal is to keep riding to Sturgis until I’m 100. The Black Hills, the custom bikes, the people from all over the world and, of course, the riding is like nowhere else on earth. It is not what you think, and it should not be missed. “

The impetus for I AM STURGIS stems partly from this year’s Sturgis Motorcycle Rally being the 75th Anniversary of that motorcycling institution. In recent years, the Sturgis rally has drawn half a million participants, but attendance estimates for this year’s anniversary rally exceed one million riders. There may never be a better time to capture the passion, dedication and camaraderie of the motorcycling community, and there certainly is no better place than the iconic Sturgis gathering.

When making Why We Ride, Sturgis was the first filming location, and it had an immediate emotional effect on the filmmakers. “There is a spirit there that enters you and grabs your heart,” says Bryan H. Carroll, producer/director. “You put your hand on a boulder and you feel this energy; you can feel it in the air. It’s easy to understand why American Indians hold this place sacred.”

Why We Ride Films launched their crowd funding efforts with the goal of raising $350,000 of the production budget for I AM STURGIS through their Kickstarter campaign. With the help of Gloria Struck and others, they are on their way, but still hope for greater participation from motorcycle enthusiasts and the general public alike.
There are many contribution levels, starting with “The Wave,” a $5 donation that gets you a digital version of the movie poster. A $15 “First Ride” donation earns an early digital download of the film. Increasing donations up to $75 are rewarded with patches, pins, stickers, T-shirts and limited edition Blu-Ray/DVD film combo packs. Large-dollar (ranging from $125 to $10,000) donators receive Sturgis 75th Anniversary Club Rewards, movie premiere passes, and they can even get production credits (up to “associate producer” and “co-executive producer”), access to the Producer’s Private Pre-Party and private theatrical screenings in their hometowns.

“We made Why We Ride about a community,” says producer James Walker. “Now, with Gloria Struck and others joining in, that community is helping us make our next film: I AM STURGIS!”
A campaign trailer for I AM STURGIS is viewable at www.IAmSturgis.com.

Why We Ride Films urges those with a passion for motorcycling to join Gloria Struck in helping to bring I AM STURGIS: The Movie to the big screen. This will be a collective endeavor, made by and for people with a fervor for riding. Anyone can pledge support and be a part of the movie. Those wanting to participate in crowdfunding this project can do so at www.IAmSturgis.com.
About Why We Ride Films: Why We Ride Films is the production team behind Why We Ride, a feature length documentary film. Since its December 2013 release, it has quickly become the most critically acclaimed motorcycle movie of all time. Independently distributed by producer/director Bryan H. Carroll and producer James Walker–recent recipients of American Motorcyclist Magazine’s 2014 Motorcyclists of the Year award–Why We Ride’s aim is to use the power of cinema not only to entertain but also educate, inspire and celebrate the world of motorcycling with audiences worldwide.

To learn more about Why We Ride, visit WhyWeRide.com