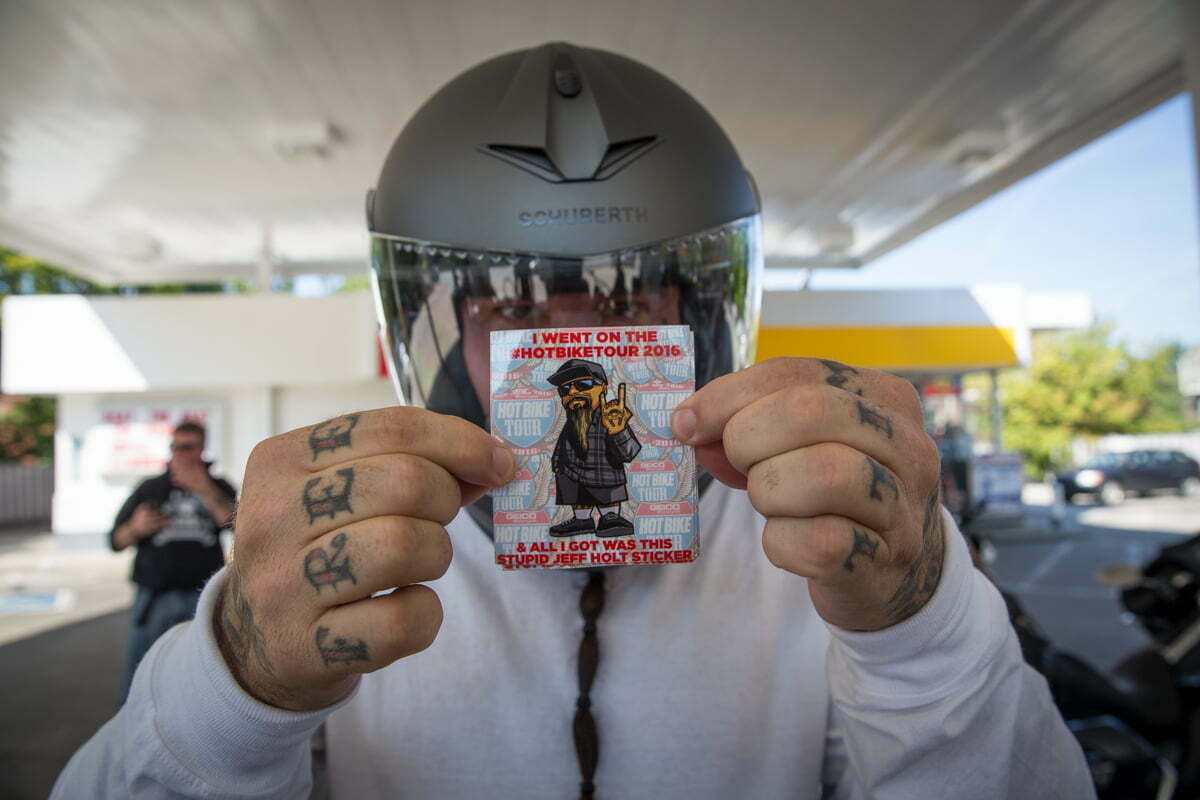 By The Hot Bike Staff

As I sit here and type this, I have now spent a decade riding the desk and writing features for Hot Bike magazine. Wow, 10 years at the same job is an insane thing to achieve. Especially when it’s me we are talking about.

I remember my first day on the job. The late, great Courtney Hallowell (my boss at the time) informed me that we would be shooting photos of the new H-D Ultra—well, he would be shooting and I would be riding. Mind you that I was a “chopper guy,” and the biggest bikes I had ever ridden were a 1976 Shovelhead and my newly acquired 2005 Springer Softail Classic.

To make a long story short, I rode up a single-lane twisty-but-narrow road, and when I went to turn it around I of course tapped the front brake and tipped the bike over on its primary side. Thinking I was going to get ridiculed, reprimanded, or even fired from my half-a-day-old job, I summoned the strength to get the 1,000-pound bike right-side-up just about a split second after it all happened. Luckily there was a bend in the road and nobody actually saw me dump the bike. I never told anyone that before. So please keep it a secret.

I initially didn’t even want the job but took it due to the fact that my daughter was a few months old and I needed more stability in my life than an “independent public relations specialist” self-employed tattooed dirtbag could muster. In short, I did it for the corporate-level insurance I felt I needed for my daughter and wife at the time. As we all know now, even the best company insurance sucks, but by the time I found that out I was so in love with my job that I would have paid them for me to work there.

Much has changed over the past two nickels of service to this title. I am now the top dog on the Hot Bike roster and have a great crew of people I work with who I can’t say enough about. Most paper magazines have been declining over the past few years, but Hot Bike is actually holding steady and showing growth in that area.

Our website and social media continues to shatter all records, even in these tough times, and we reach millions of riders and custom-bike enthusiasts daily with our bike features, tech stories, new products, events, and wacky videos!

Yes, I know I have a dream job, and I never take it for granted. I have gotten to see the world on two wheels, meet thousands of great people, ride and write about the most amazing motorcycles on the planet, and basically do what I love for a living. Not too bad for Anaheim, California, biker trash, huh?

I can truthfully say that is because of you, the readers/fans/followers of Hot Bike, that I have this job. And I can’t ever thank you enough for that. So pat yourselves on the back and turn the page ’cause there’s a ton of good stuff ahead.

In the late ’70s Arlen started putting cafe fairings on old FLH police bikes. In the early ’80s he made […]

“‘A lot of times,’ Jason says, ‘we’ll see leaking intake gaskets, especially on bikes with a few miles on them.’” […]

How should I customize my V-twin next? We’ve all been facing down the barrel of that particular gun at one […]