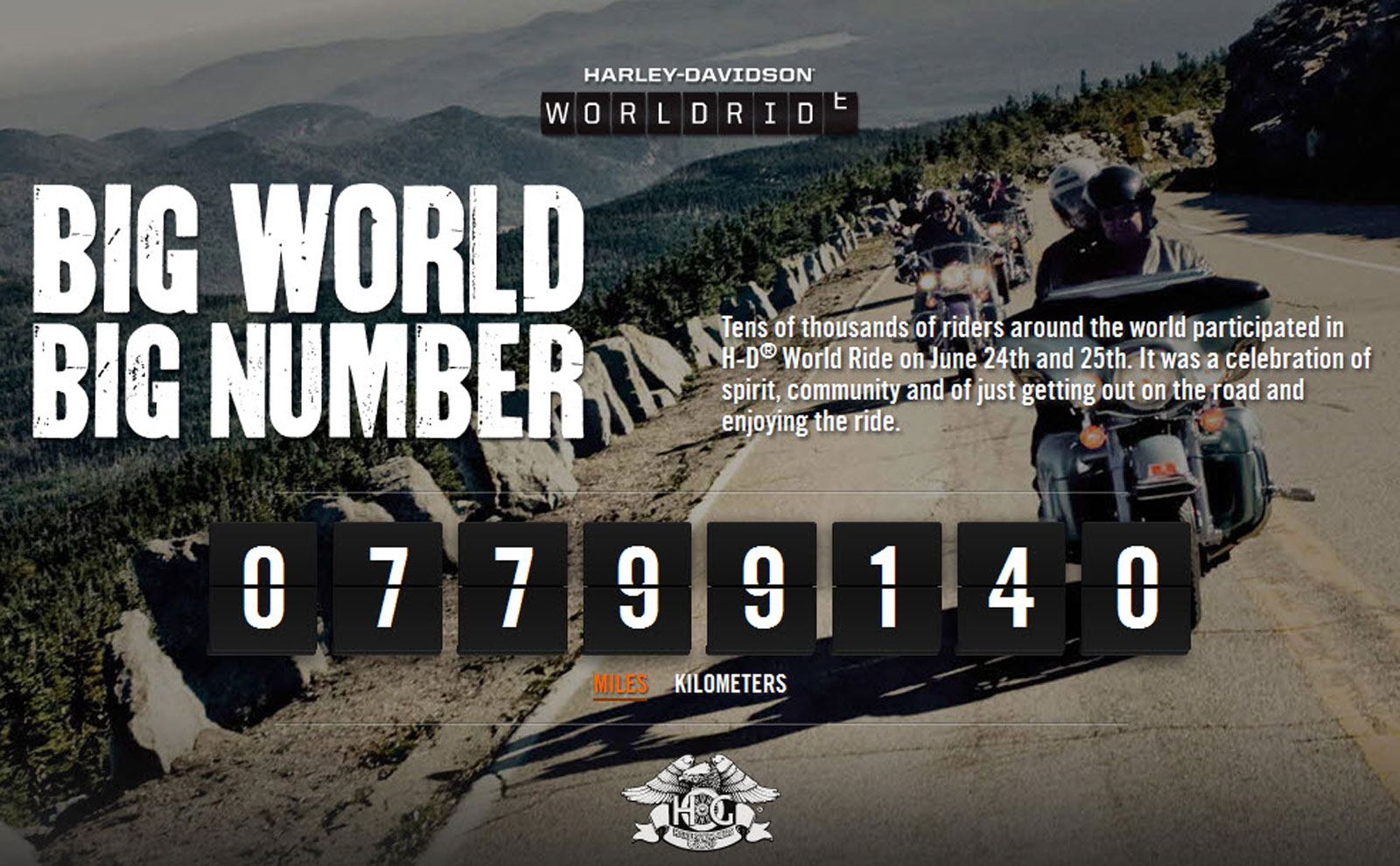 Milwaukee (June 29, 2012) - The Harley Owners Group (H.O.G.), the official riding club of the Harley-Davidson Motor Company, is proud to announce that Harley-Davidson motorcycle riders around the world collectively logged 7,799,140 miles or more than 12.5 million kilometers during the 2012 Harley-Davidson World Ride on June 24-25.

After its launch in 2008 as Million Mile Monday, the annual event was expanded into the two-day World Ride for 2012 to give more riders worldwide an opportunity to participate, resulting in the largest total of collective mileage in the event’s history by a wide margin, with this year’s total eclipsing the previous single-day mileage record by more than 85 percent.

Riders from more than 66 countries participated in the World Ride. These are the mileage totals by riders in the top five participating countries:

Every mile and kilometer ridden by participants in this year’s World Ride was logged by Harley-Davidson’s online mileage accumulator at h-d.com/worldride, where a rolling odometer recorded the collective distance traveled by all participants in the World Ride in real time as entries were added. Each participant was able to download a commemorative certificate of participation with his or her mileage total for the day.

Run a 26″ or 30″ wheel on your Harley-Davidson touring model with the Pickard USA Slip Fit Short Neck kit. […]

Tired of being chained down by the corporate handcuffs of what some would consider a prestigious Hollywood career. Caleb Owens […]

Crossroads at the Buffalo Chip

Sturgis, SD (January 31, 2012) The Sturgis Buffalo Chip®, the legendary campground, concert and entertainment venue that has for more […]