How To Safely Cut Out Pushrods During A Cam Swap


The beautiful invention of adjustable pushrods saves Harley tinkerers so much time and money. I love those suckers! They speed up the entire process by allowing you to cut out the stock pushrods, thus making disassembly of the rocker boxes a nonissue. Just cut the old pushrods out and thread in the new adjustable ones, adjust them to spec, and you are done. The Screamin’ Eagle Stage II Power Kit makes it even easier by including everything you need for the job in one package, O-rings and all.

Cutting out the pushrods can make the whole job less complicated, but the potential for damage to yourself or the bike is there if it’s done improperly. First off, you should never use anything other than bolt cutters. Using a grinder will produce sparks, which is clearly a bad choice, not to mention the fact that it’ll create shavings that will fall directly into the tappet covers, clogging those puppies up. 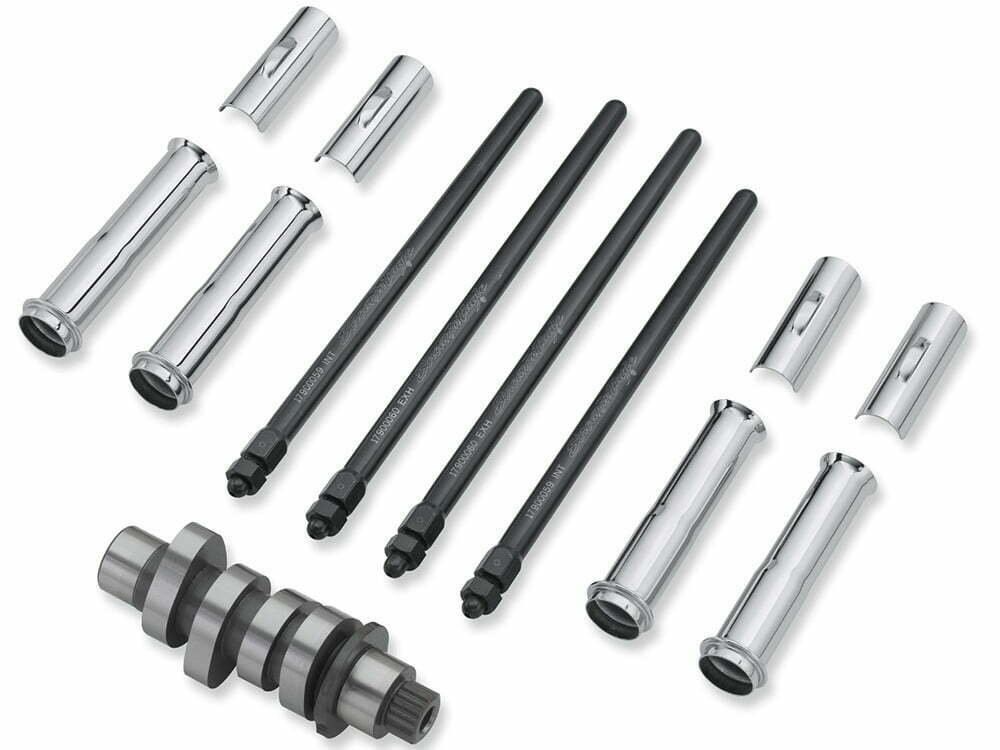 So now that you know the right tool for the job, let’s make sure you use that tool properly as well. When cutting a pushrod out, you want to make sure the cylinder is on top dead center—or the lifters are at the lowest point. This ensures the least amount of pressure on that pushrod and will make for the safest cut. If you cut one under pressure, you run the risk of one of the halves causing major damage. So before you do the cut, find TDC first and be safe rather than sorry!

Soap and hand cleaners are an invaluable (and necessary) addition to any motorcycle work space. Grip Clean Working on your […]

Back in 1992, Dave Finn started building custom motorcycles out of his garage. As the years went on, more and […]

How to Install Feuling Cams