Home » Uncategorized » The Perfect Bike – From The Editor

The Perfect Bike – From The Editor 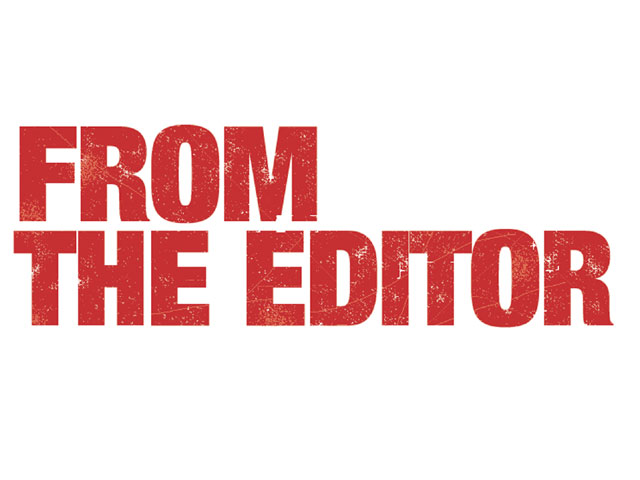 Considering what I do for a living, I am constantly queried about motorcycles. While some questions get asked more than others, one that ranks up there close to the top would be, “What is the best motorcycle to buy?” or, “I have a friend who is looking for a Harley-what should he get?” Just the other day while I was at home, the UPS driver arrived with a box, which he handed to me as I was cleaning my bike. Walking around the Softail in my driveway he said, “I used to ride a Harley back in the ’80s and was thinking about picking up a new bike next year. I really like this one; do you think I should get one like it?” I began by asking him what he was going to do with the bike. “For riding,” he said. Then I asked him a series of questions: “Ride it where? How often? Will you be taking long trips with it or just cruising to the bar on the weekend? Will you be riding solo or bringing a passenger along with you?” He looked at me with a puzzled look on his face and told me he never really thought about that.

The past few years have seen many new models of motorcycles, from both the OEMs as well as the smaller shops. Add to that kit bikes, and your choices have grown dramatically since the mid-’90s. Then take into account the production numbers Harley has been able to achieve over the past few years; a lot of pressure has been lifted from the used market for these same bikes. What this means for the bike-buying public is a huge variety of motorcycles from which to choose, ranging in price from an affordable used bike to a high-end custom.

So it should be a piece of cake to find that perfect bike, right? Not exactly. While having more choices is certainly a good thing, the buyer now needs to do more homework than in the past when there were fewer choices. (Back then, a person might settle for something other than what he or she really wanted due to a short supply of bikes.)

First, determine what kind of bike fits your riding style. If you are looking forward to riding 500 miles a day, a rigid bike is probably not the best choice you could make. If hauling a passenger and a few days’ worth of gear is in your future, you might want to look at purchasing some type of touring bike. Maybe you already have a bike that does everything you want it to do and are looking for something fun with a huge motor to blast around town on. You get the idea-decide on something that will make you happy, not just because your buddy has one (and believe me, I have seen this scenario over and over again, never with a happy ending). That way you will be far more apt to get out and ride your bike-and isn’t that what it’s all about?

Once you have a bike in mind, the majority of the hard work is behind you. If it’s a new bike you are after, there are obviously the Harley dealers. If your choice pointed you in the direction of one of the other OEMs, it’s not hard to find yourself a dealer that carries brands such as Victory, American IronHorse, Big Dog Motorcycles, Titan, Swift, Independence, Bourgets, Hell Bound Steel, Vengeance, and others. As a matter of fact, if you are looking for a great publication chock-full of new bikes for ’06, get out to the newsstand and pick up a copy of Hot Bike’s American V-Twin Motorcycle Buyers Guide. In it you will find 180 different models, along with specs, pricing, and contact info. If a used bike is in your plans, there are more places to buy them than ever before. Check out the classified section in the newspaper, look through a Cycle Trader or similar publication, or try Ebay or another online service. Also, most dealers these days have a good selection of used bikes they take in trade when they sell new bikes. Bottom line-the bikes are there for the taking; you just need to do your research and be patient. Once it’s all over you will be glad you did. And remember-just get out there and ride.Be well,Steve

The American Motorcycle Group On The Webwww.hotbikeweb.comwww.streetchopperweb.comwww.bikeworksmag.com