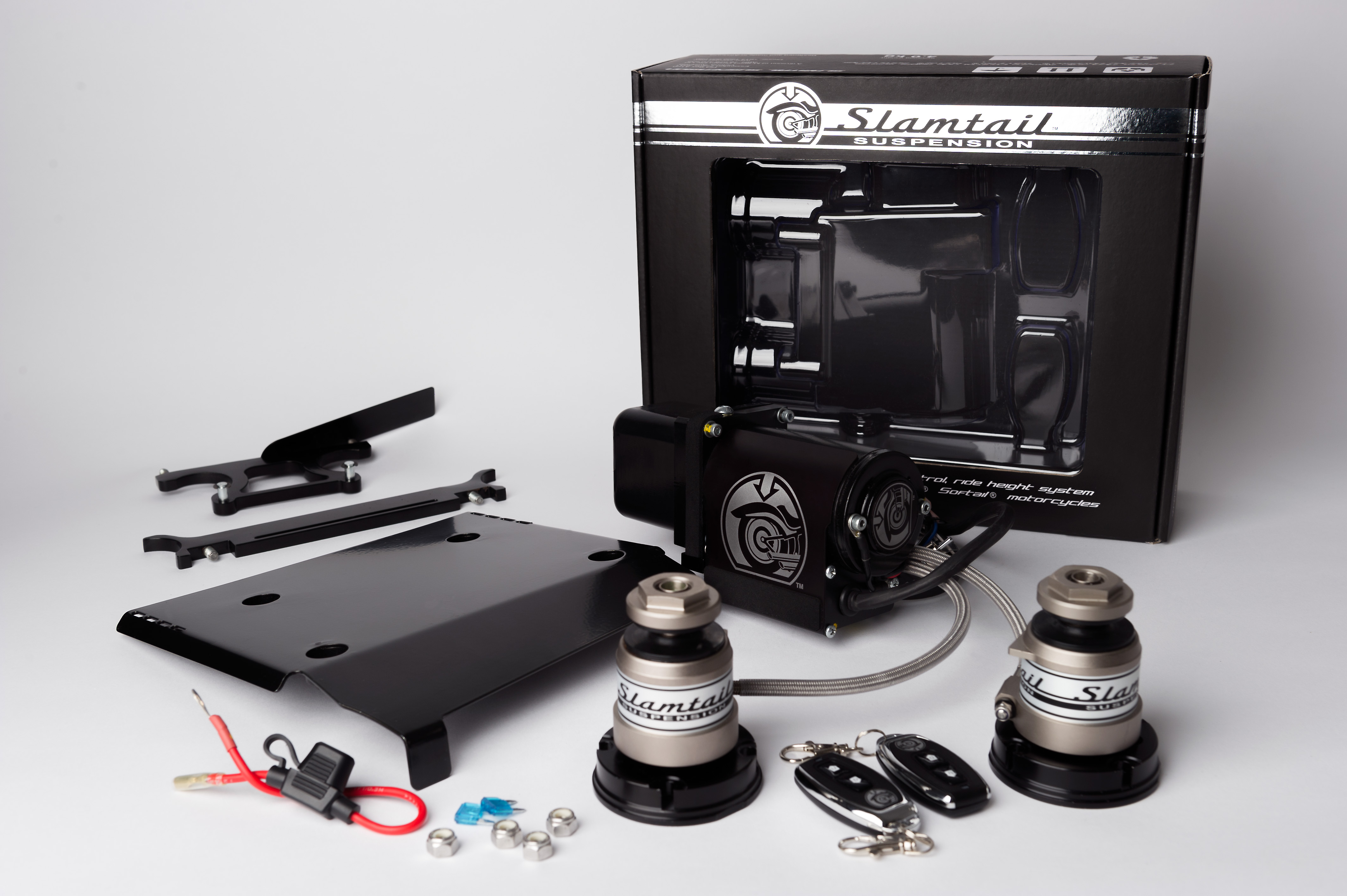 Formula 1 experience in a Softail suspension.

Slamtail is a new rear suspension lowering system that suits all Twin-Cam Softail Harley-Davidson motorcycles from 1999 onwards and is the brainchild of ex-Formula 1 design guru Ken Rutherford.

Rutherford worked for the Benetton team in Formula 1 as a senior suspension design engineer before returning home to Australia and developing the Slamtail system.

“An old friend and mentor asked me what I was going to do with myself after I returned from the UK and mentioned that the Harley-Davidson Softail suspension design offered an opportunity for me and my skill set, and suggested I have a good look at how I could enhance it,” said Rutherford.

“I studied what was available on the market, and initially thought about designing a new fully adjustable shock absorber unit to suit, but what became obvious to me quickly was that the majority of Softail owners were keen on lowering their bikes, as the ‘slammed’ hot-rod look was very popular and suited the Softail style.

“I decided to use my hydraulics experience and apply it to the rear wheel ride height.

“The after-market offered “airbag” type kits from numerous manufacturers that had varying degrees of quality and reliability, so I decided to design a hydraulically powered ram system, that neatly packaged under the bike.

“The Slamtail reuses the Harley OEM spring and shock units, rather than scrapping them, so offers better value than most other systems,” he said.

Original ride quality is retained with no change to damping and spring rates, and the bike can be ridden for extended periods at any ride height with no adverse effect on the system which most airbag systems won’t allow. Most Softail aftermarket airbag systems also have no hydraulic damping element which effects traction and stability and safety.

The design and packaging created huge challenges as there is very little room to fit the components, it has to deal with extreme heat and vibration, and suspension forces are huge. The whole system has to be virtually invisible when viewed from the outside as most Softail owners are critical of any extra ‘clutter’.

The design fits all Twin-Cam model Softails, so two different transmission designs and the addition of ABS all had to be catered for in the unit’s design. Installation time is a significant extra cost to the purchaser, so Rutherford ensured the system required minimal motorcycle disassembly – in fact the rear wheel and tank don’t even need to be removed for installation of the Slamtail system.

The components are made from high quality aerospace specification steel and aluminium alloys in order to safely carry the loads, and were developed after a lot of calculation and optimisation, including bench/rig loaded testing, extended road testing and hot weather testing.

Instead of handlebar mounted switches, Slamtail operates via a remote key-fob with a small transmission mounted toggle switch acting as a backup.

Only on the market for a couple of months, Rutherford acknowledges that the demand for information about the product has been encouraging.

“We’ve done very little marketing, but word-of-mouth in the Harley scene is strong and we’ve been fielding lots of enquiries so far.

“We’ve had great feedback on the units we’ve sold from both end-users and aftermarket dealers noting the quality of the product and the ease of installation, which were our major criteria when we initially designed the Slamtail system.”

“It’s been an unbelievable season with Indian Motorcycle. Since first testing the Scout FTR750 last year, I knew the bike […]

Builders have created a lot of bikes using modern parts with classic style. While this makes for some truly beautiful […]

Keep your motorcycle looking cherry by protecting the tank from scratches. Unsplash You’re leaned into a crouched riding position thinking […]