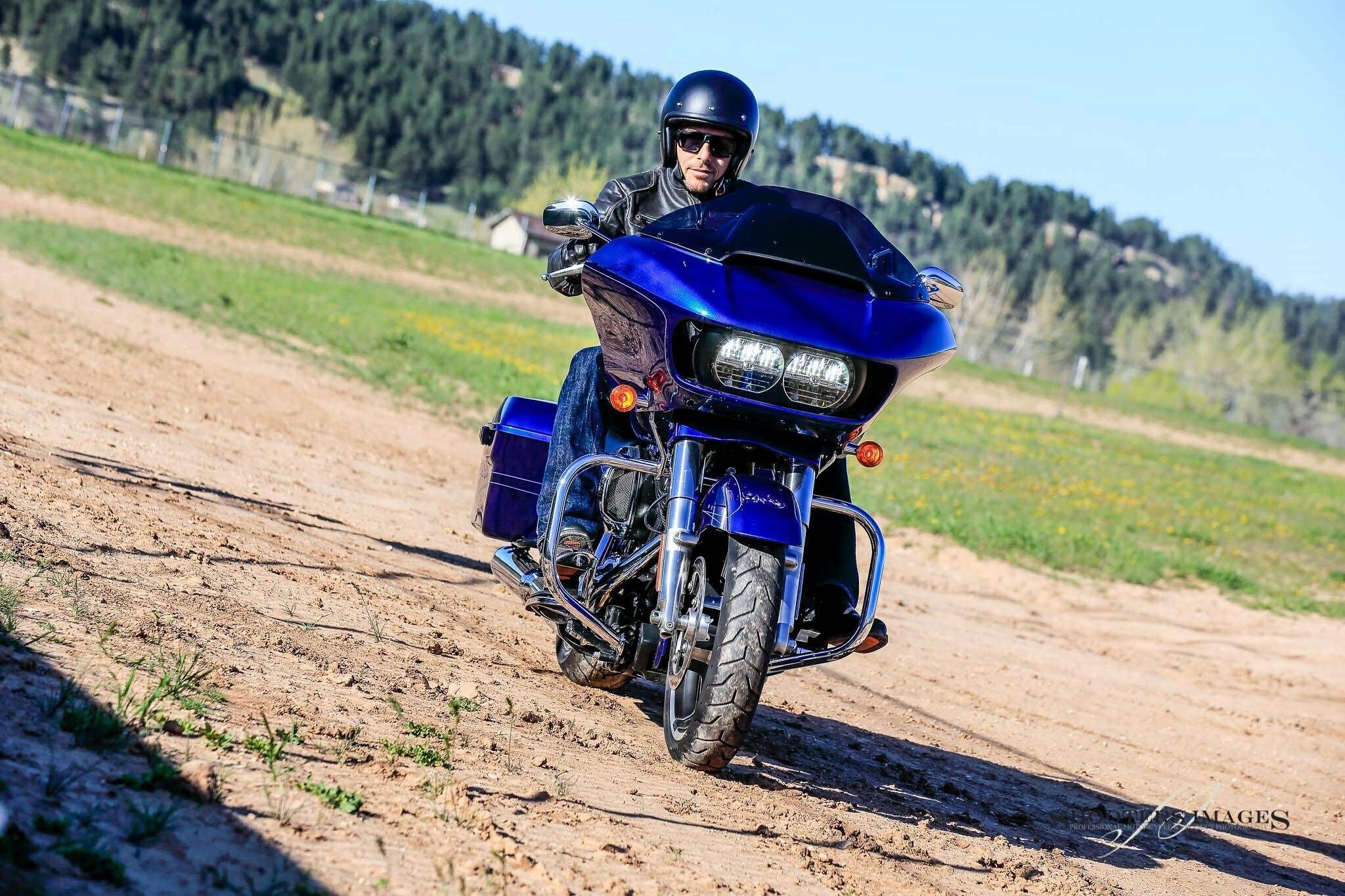 Ben Bostrom, the 14th Annual Mayor’s Ride Grand Marshal, will ride his Harley-Davidson Road Glide Ultra to lead this year’s fundraising event for the City of Sturgis during the 76th Sturgis Motorcycle Rally.

Ben Bostrom, renowned U.S. motorcycle racer, has been named the Grand Marshal for the 14th Annual Sturgis Mayor’s Ride on August 8, 2016, during the Sturgis Motorcycle Rally. Bostrom started his career out strong by winning the AMA National 600 Dirt Track Championship in 1993 and quickly turned to road racing in 1995. Bostrom has won numerous races atop a variety of bikes, including Ducati, Honda and Harley-Davidson. He and his brother, Eric, quickly rose to fame in the racing world and have won numerous races in the States and internationally. The Bostrom Brothers are making their return to Sturgis to continue their tradition of riding with people from around the world in the annual Sturgis Mayor’s Ride.

“The City of Sturgis is very excited to team up with Ben Bostrom as the Grand Marshal of the 14th Annual Mayor’s Ride,” said Sturgis Mayor Mark Carstensen. “His lifelong love and dedication to the sport of motorcycling is exactly what the Sturgis Motorcycle Rally is all about.”

The City of Sturgis teamed up with Harley-Davidson, the official motorcycle of the Sturgis Motorcycle Rally, and Carey Hart, the 2015 Grand Marshal, to officially pass the torch to Ben in a visit to Sturgis this Spring. Check out the video on YouTube.

Ben and Eric are not rookies to the Sturgis Motorcycle Rally. The brothers spent many years as kids growing up racing on the dirt tracks of Sturgis and numerous other venues in the area. It was on these tracks the young brothers honed their racing skills preparing them for professional racing as adults.

The 14th Annual Mayor’s Ride is Monday, August 8, 2016 and begins at the Harley-Davidson Rally Point, Main Street and Harley-Davidson Way (formerly 2nd Street). It will be police escorted on several of the Black Hill’s most spectacular two lane roads and byways. The ride is a fundraiser for the Sturgis Volunteer Fire Department, Ambulance Service and Police Reserves. Riders are invited to join Bostrom, Sturgis Mayor Carstensen, state and local legislators, industry professionals, celebrities and legends. The Mayor’s Ride package includes a photo opportunity at Mount Rushmore followed by a decadent lunch at Custer State Park. All participants will receive a gift bag filled with unique and collectible souvenirs to commemorate their ride experience. Space is limited. To find more information about the ride and to register, visit here.

About The Sturgis Motorcycle Rally

The Sturgis Motorcycle Rally has attracted motorcycle enthusiasts from around the world for 75 years. Born from the love of racing, the annual Rally has grown to include bike shows, world-class entertainment, industry showcases, a wide variety of motorcycle related shopping opportunities, and of course, miles and miles of incredible riding experiences. At the heart of the Rally lies Legendary Sturgis Main Street. This stretch of downtown Sturgis is reserved for motorcycles only, and it’s the place to be for the true Sturgis experience. Main Street offers great food, entertainment, and motorcycling fun for all ages.

It’s been loads of fun, but our 2018 Harley-Davidson bagger upgrade project has finally come to an end. Along the […]

Garage No matter how new your bikes is, when road debris gets in your way or slow speed parking lot […]

IT’S BACK A FREE RIDE.

IT’S BACK A FREE RIDE.THIS IS NOT THE FIRST TIME A GREAT OFFER OF A FREE RIDE HAS BEEN […]