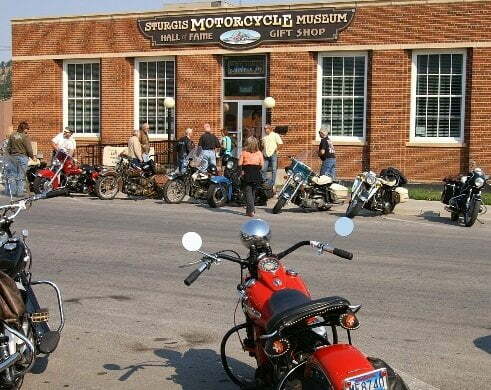 Courtesy of the Sturgis Motorcycle & Hall of Fame Museum

The 2016 inductees into the Sturgis Motorcycle Museum Hall of Fame represent every aspect of what makes motorcycling great. One of the most diverse groups ever inducted into the Hall of Fame, the Class of 2016 will be honored during the annual Rally on August 10, 2016.

Jerry Covington – Whether it is on TV or the cover of virtually every biker magazine in the world, it is hard to miss custom builder Jerry Covington. What does get overlooked is Covington’s behind the scenes commitment to the motorcycle community, his selfless donation of time and resources to those less fortunate through has various charity projects.

Buddy Stubbs – Talk about being born into the business, Buddy Stubbs was raised in his father’s Harley dealership in Decatur, Illinois and has spent his entire life in and around dealerships, including opening two of his own in the greater Phoenix area. This year marks his 50th year as a dealer and more significantly an ambassador to the motorcycle lifestyle.

Gary Spellman – Using motorcycle as means to further charitable causes, philanthropist Gary Spellman has been quite effective in utilizing motorcycles to raise money for charities benefiting first responders and their surviving families. He has also brought major business owners into the family of motorcyclists as well as creating the Peace, Love and Happiness Charity Ride with fellow Hall Of Famer John Paul Dejoria.

John Penton – One of the most influential figures in off-road motorcycling in the world, John Penton developed a legendary brand of motorcycles that bore his name (better known as KTM today). He also founded Hi-Point, an accessory and distribution company that had 50% of aftermarket sales in the U.S. and set the mold for modern distribution powerhouses like Parts Unlimited, Tucker Rocky and WPS.

The 2016 Sturgis Motorcycle Museum & Hall of Fame 2016 Induction Breakfast will be August 10, 2016 at the Lodge at Deadwood in Deadwood, South Dakota. Breakfast tickets are available for a $35 donation, tables of eight for $300. Tickets are available by calling the Museum at 605.347.2001 or they can be purchased online.

Medford OR (March 2, 2011) – Motorcycle-Superstore.com announced today they will sponsor both the AMA Pro Road Racing and AMA […]