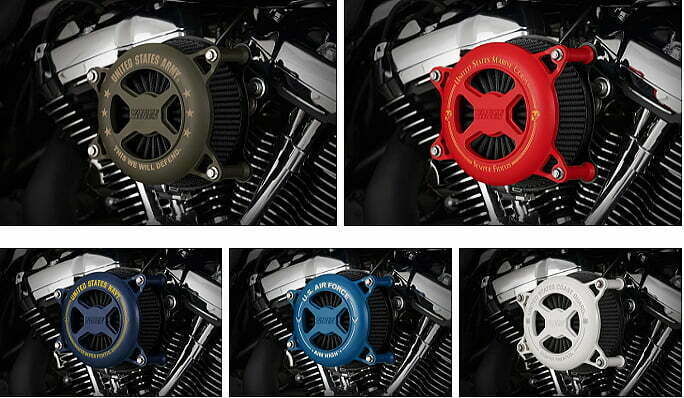 Are you a patriotic American in the market for maximum performance for your Harley-Davidson motorcycle? Vance & Hines VO2 America Intake system not only boosts performance by improving intake flow, it also supports a great cause.

In recognition of active US military members and veterans, each product sold will generate a $50 donation to Children of Fallen Patriots, a non-profit which supports education for families who lost a loved one in service to the country. The program is done in partnership with J&P Cycles, the exclusive seller of Vance & Hines V02 Military Power Series products. Vance & Hines and J&P expect the donation to be nearly $100,000.

VO2 Military Power Series products are high-performance air intake systems which feature the logo of one of five branches of the US military (Army, Navy, Air Force, Marines and Coast Guard) on the CNC-machined billet aluminum cover. The design is based on the popular Vance & Hines VO2 line of air intakes. The program is inspired by the pride that military members feel about their service to America, including Vance & Hines co-founder Byron Hines, who served in the US Army. The products fit most late-model Harley-Davidson motorcycles and are “officially licensed” and approved by the branches of the military.

Children of Fallen Patriots Foundation’s mission is to provide college scholarships and educational counseling to military children who have lost a parent in the line of duty. Founded in 2002, the 501(c)3 non-profit has served hundreds of military families.

Byron Hines served 22 months in Vietnam in aircraft armament repair while serving in the US Army. “I spent the time thinking about the motorcycle I was going to buy when I made it home,” said Hines. “It’s important for veterans like myself to help other veterans and to show them the appreciation they’ve earned. We show that through our veteran workforce, by supporting military families and by helping them show their pride with this special line of products. I’m proud to put one on my own motorcycle.”

“There’s no stronger statement of American pride than a military veteran on a Harley,” said Vance & Hines President Mike Kennedy. “That’s why we’re so happy to create the Military Power Series and to work with great partners like Children of Fallen Patriots and J&P Cycles. We’re adding exhilaration and pride to every motorcycle ride for these veterans.”

“We have a great relationship with the Children of Fallen Patriots organization,” said Zach Parham, J&P Cycle’s Chief Merchant. “This partnership with Vance & Hines is another opportunity to help this tremendous organization and to support those who serve us in the military”

The Vance & Hines Military Power Series products will debut at the Auto Club NHRA Finals in Pomona CA this weekend. In honor of the product launch, each of the three Vance & Hines Pro Stock Motorcycles will feature graphics recognizing a branch of the military.

This special edition product is crowned with a bold CNC machined billet cover adorned with the stars and stripes and bolted down with ARP hardware to let freedom flow through a high flow filter element. 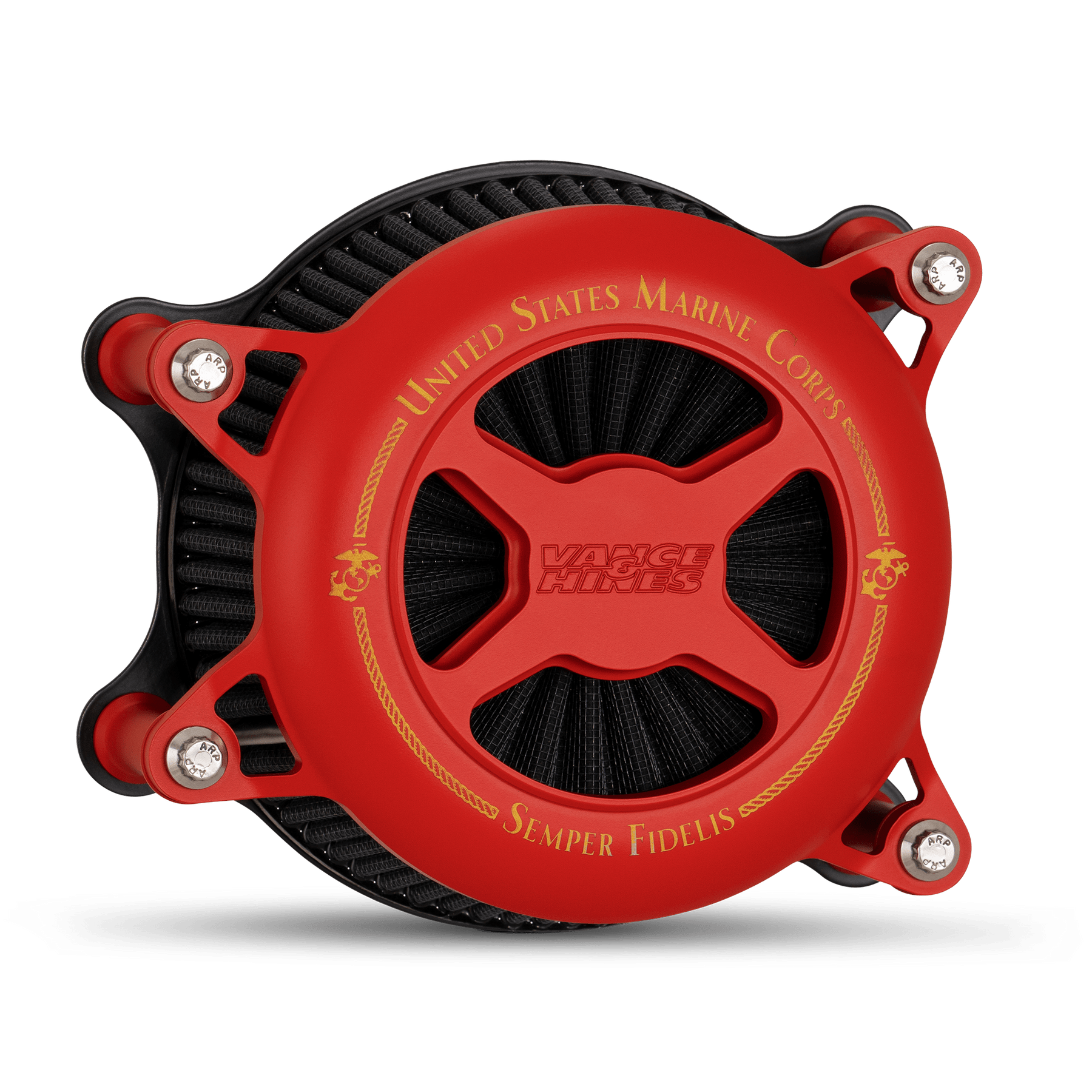 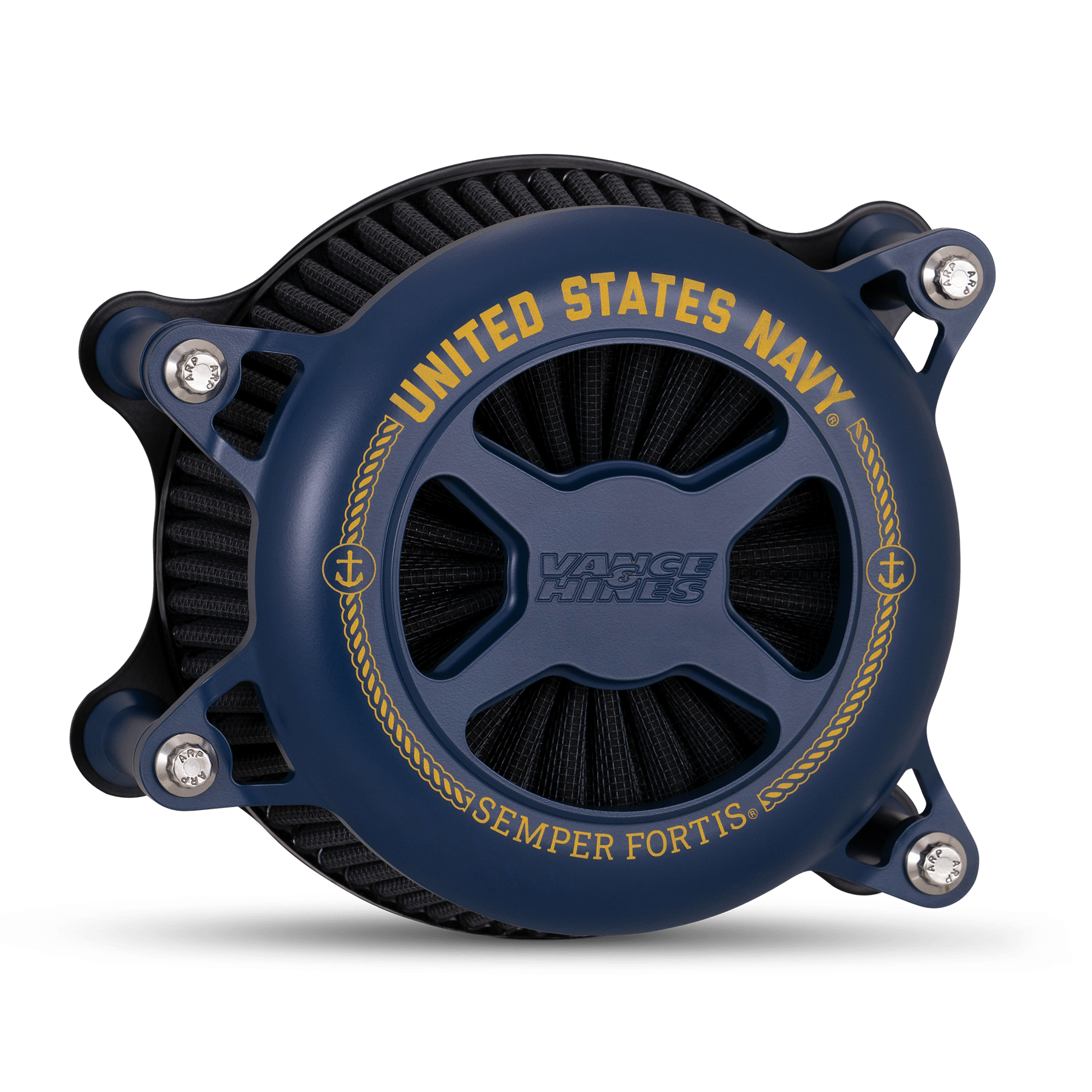 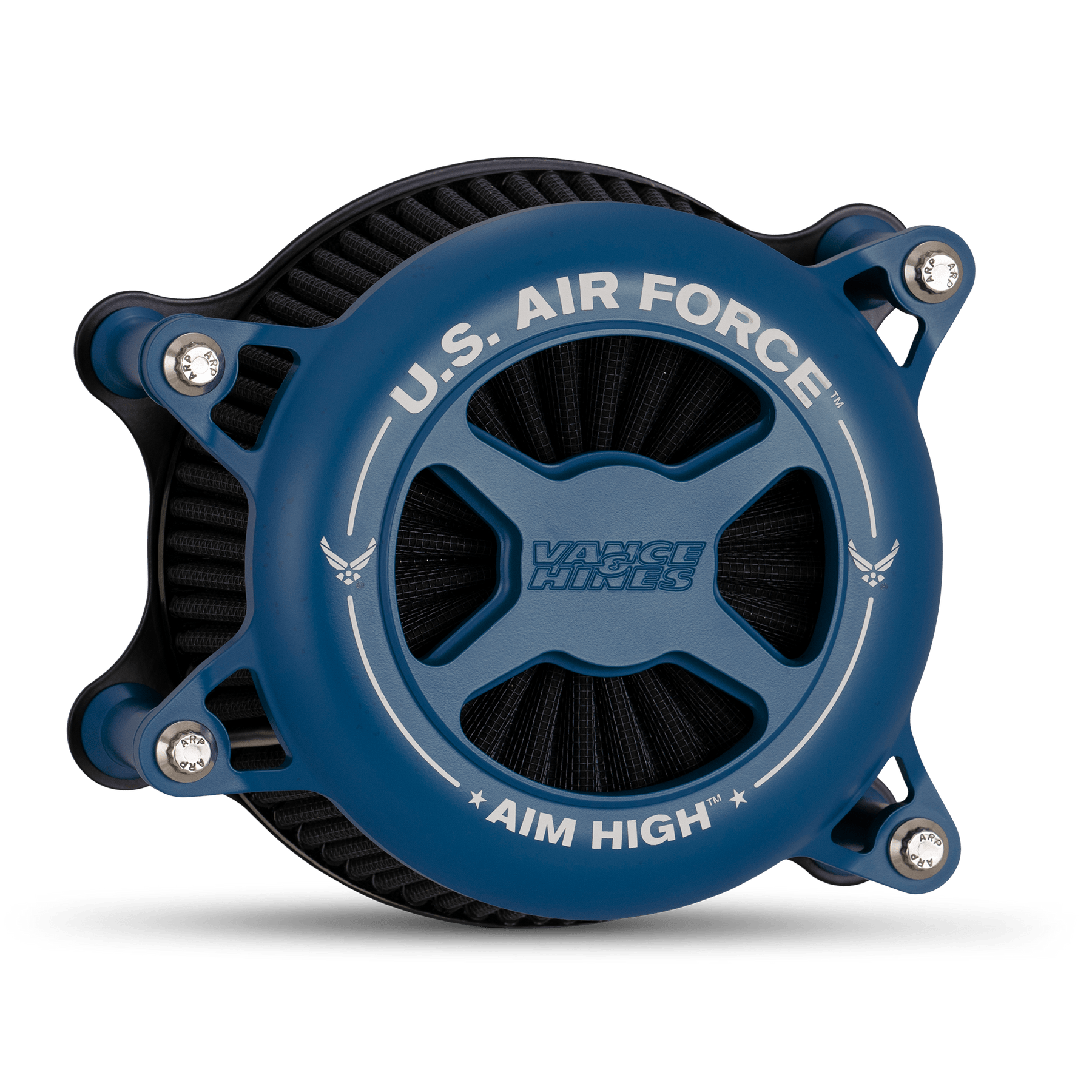 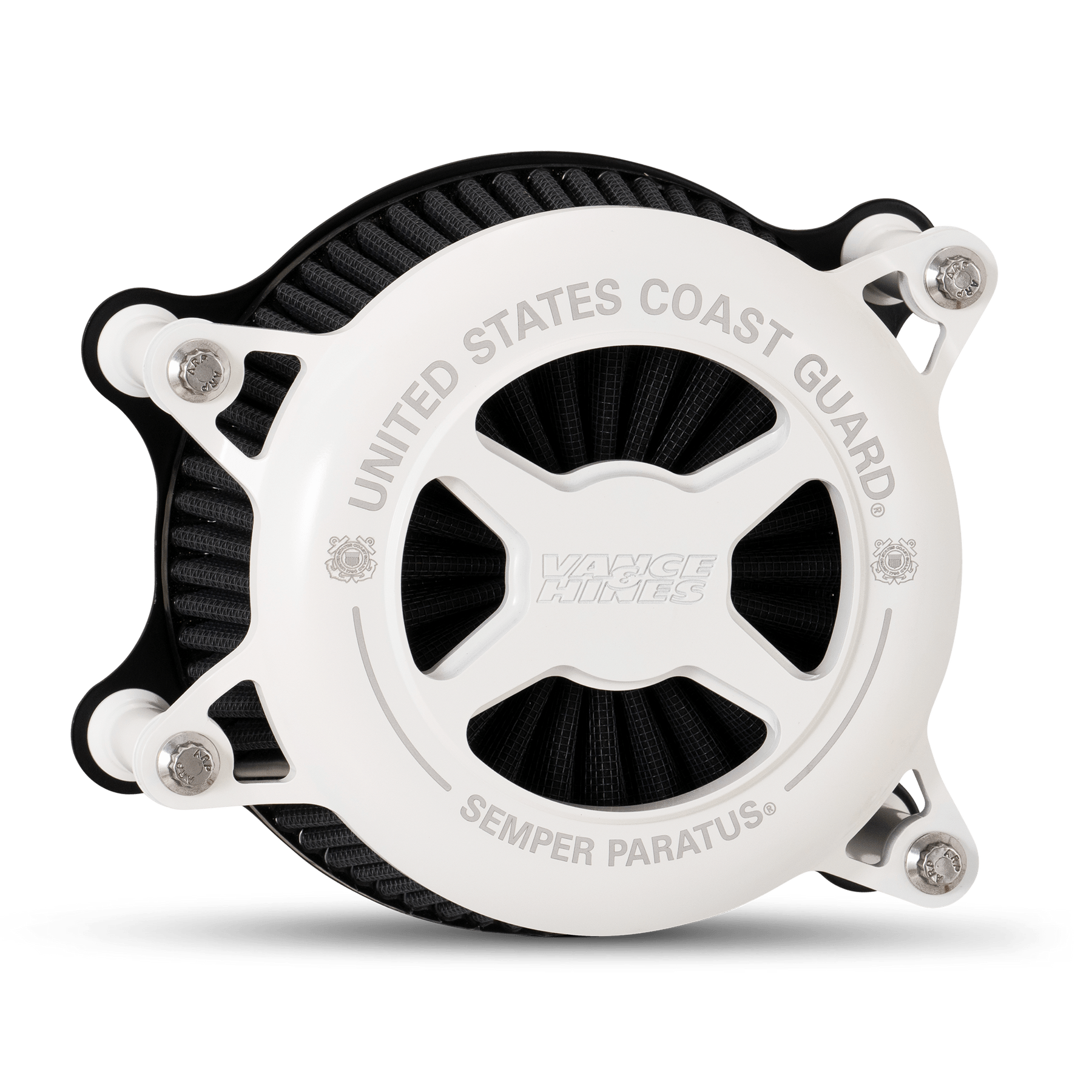 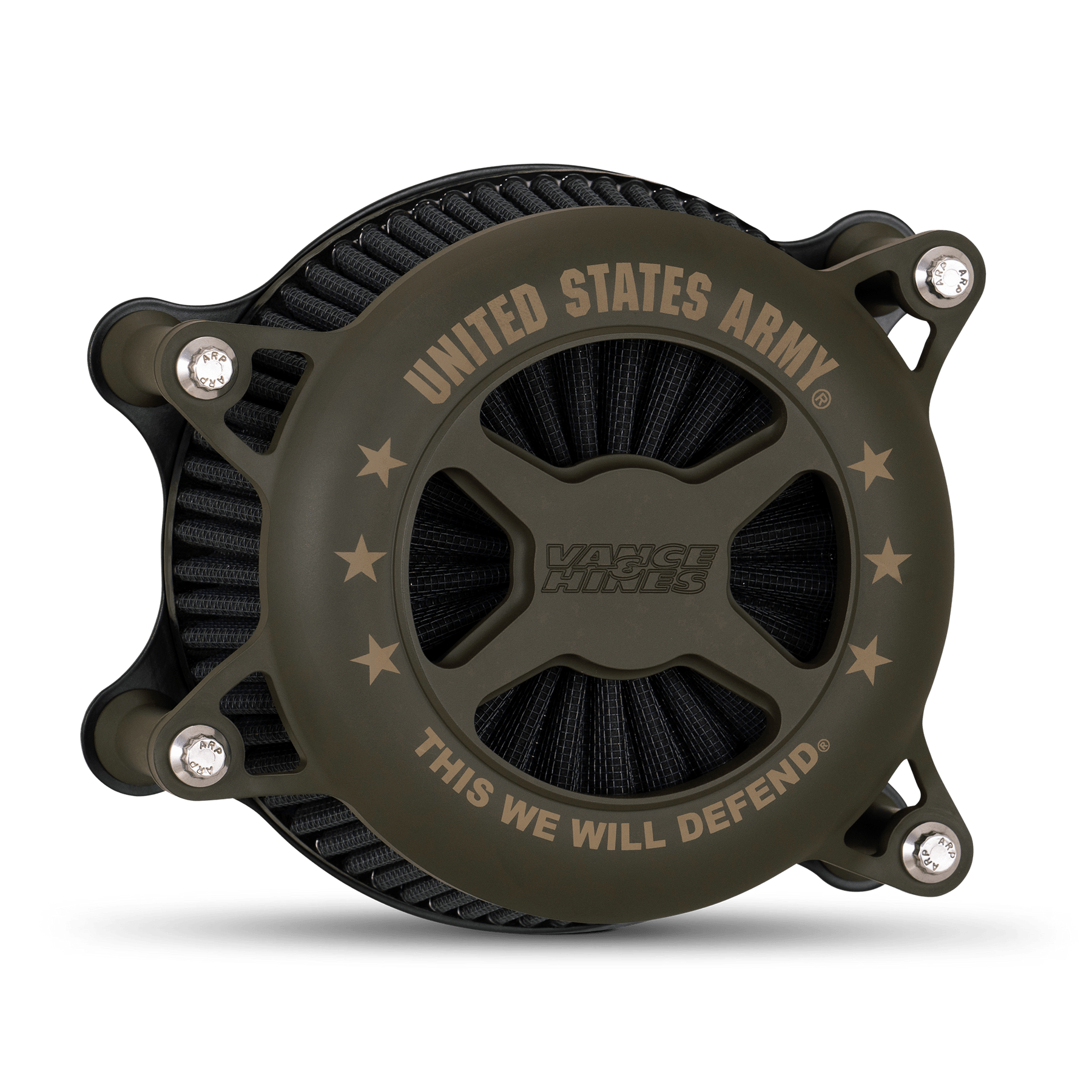 Fame is a like a strange virus that devours and consumes a good portion of the US population. Often it […]

The JIMS “Mighty Bite” JIMS Buy Like any toddler, the young Milwaukee-Eight has different needs than its older siblings. The […]