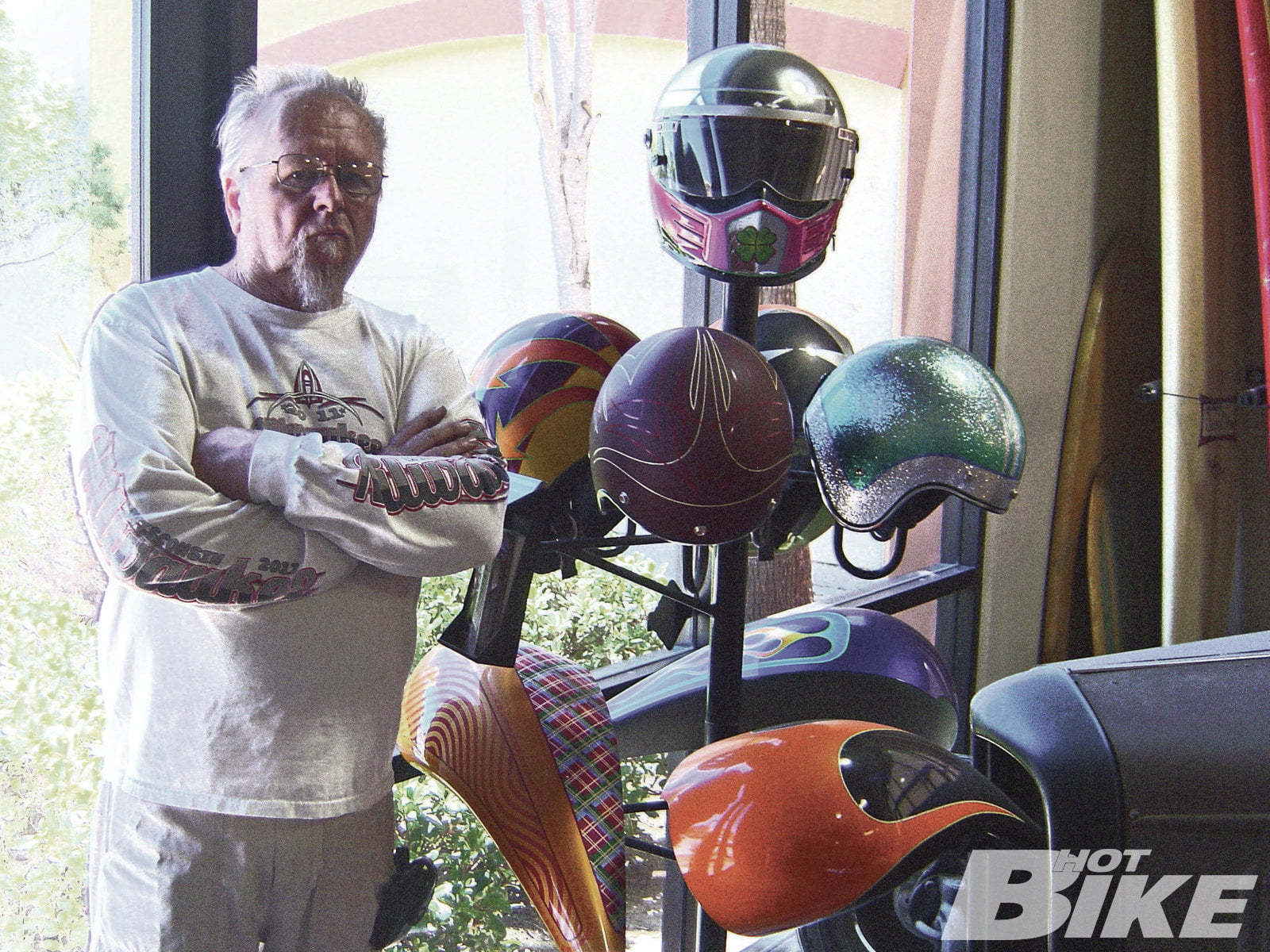 Describe yourself in three words?

How did you get you into painting and how long ago was that?

Who have you worked for?

What got you into painting motorcycles?

I was just a shit head kid back in late ‘60s hangin’ out with the Satan’s Slaves and Bill Carter. One and one added up to two and I have been spraying bikes ever since.

What do you think is the future of the bike industry?

I see a return to grass roots designs with new technology and capabilities.

What is your greatest achievement?

Beating cancer and working with the Wounded Warriors Foundation.

What is your biggest regret?

Not getting a chance to say goodbye to Larry Watson before he died.

Who inspires your painting style?

What was your first bike?

It was a 500cc Matchless that I rode to high school and at the desert on the weekends.

What are you currently building?

I am building a ‘79 Shovelhead for myself, a Night Train sidecar conversion and a Wounded Warrior Chopper.

I haven’t found the end yet, so I don’t know.

Far too often, we look to the newest gadgets, luxurious vacations, or fancy meals to make us feel better about […]