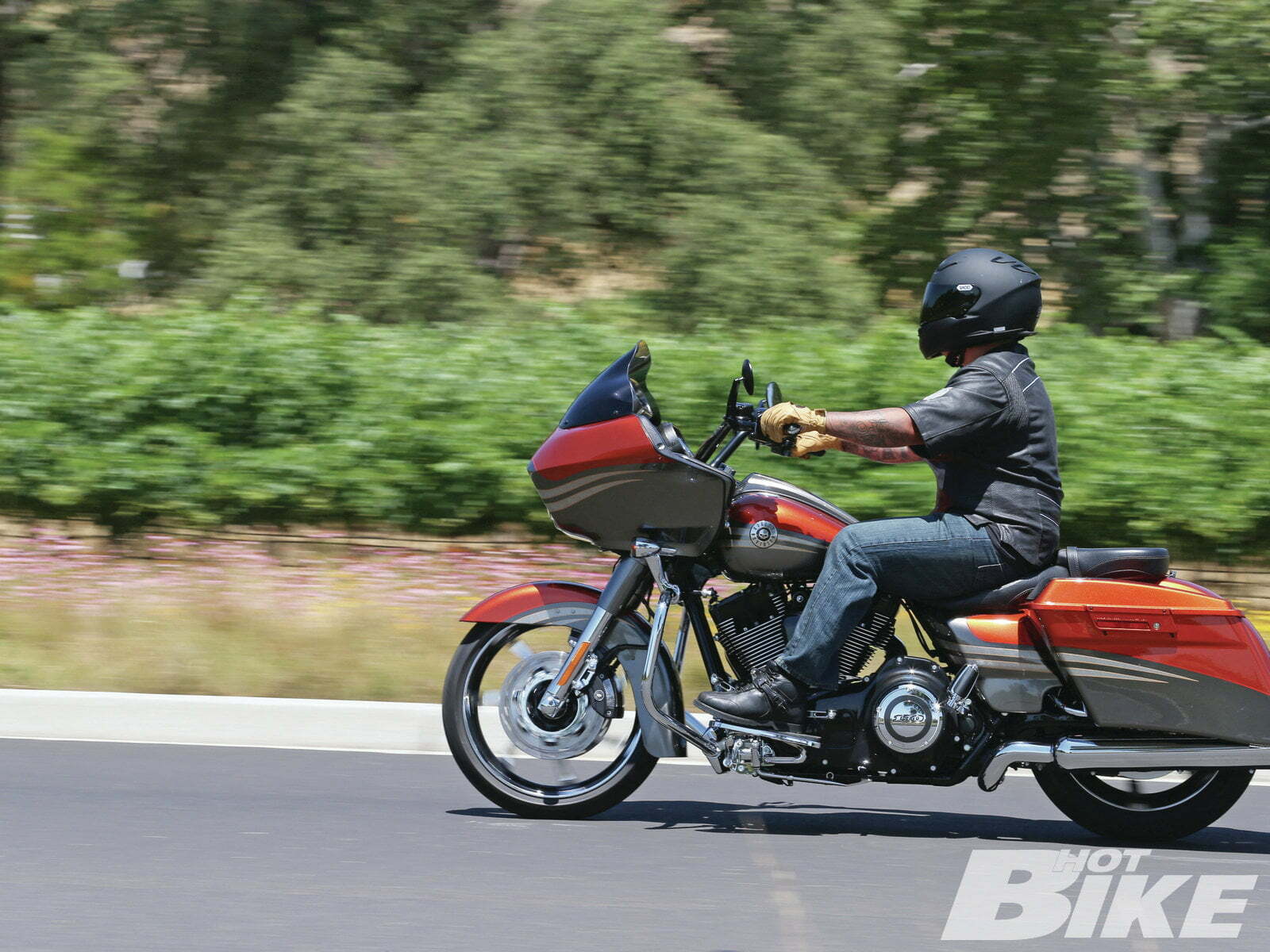 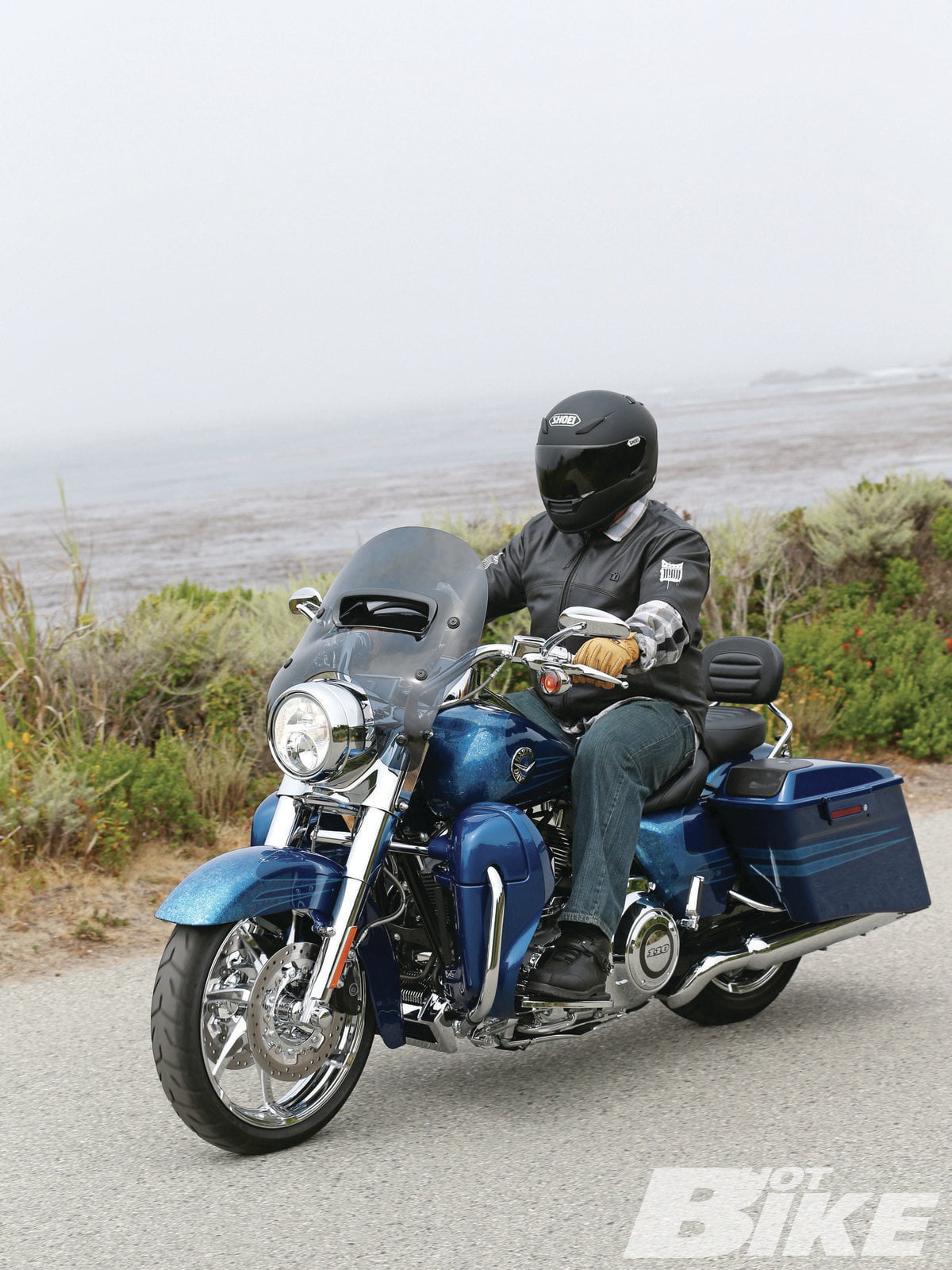 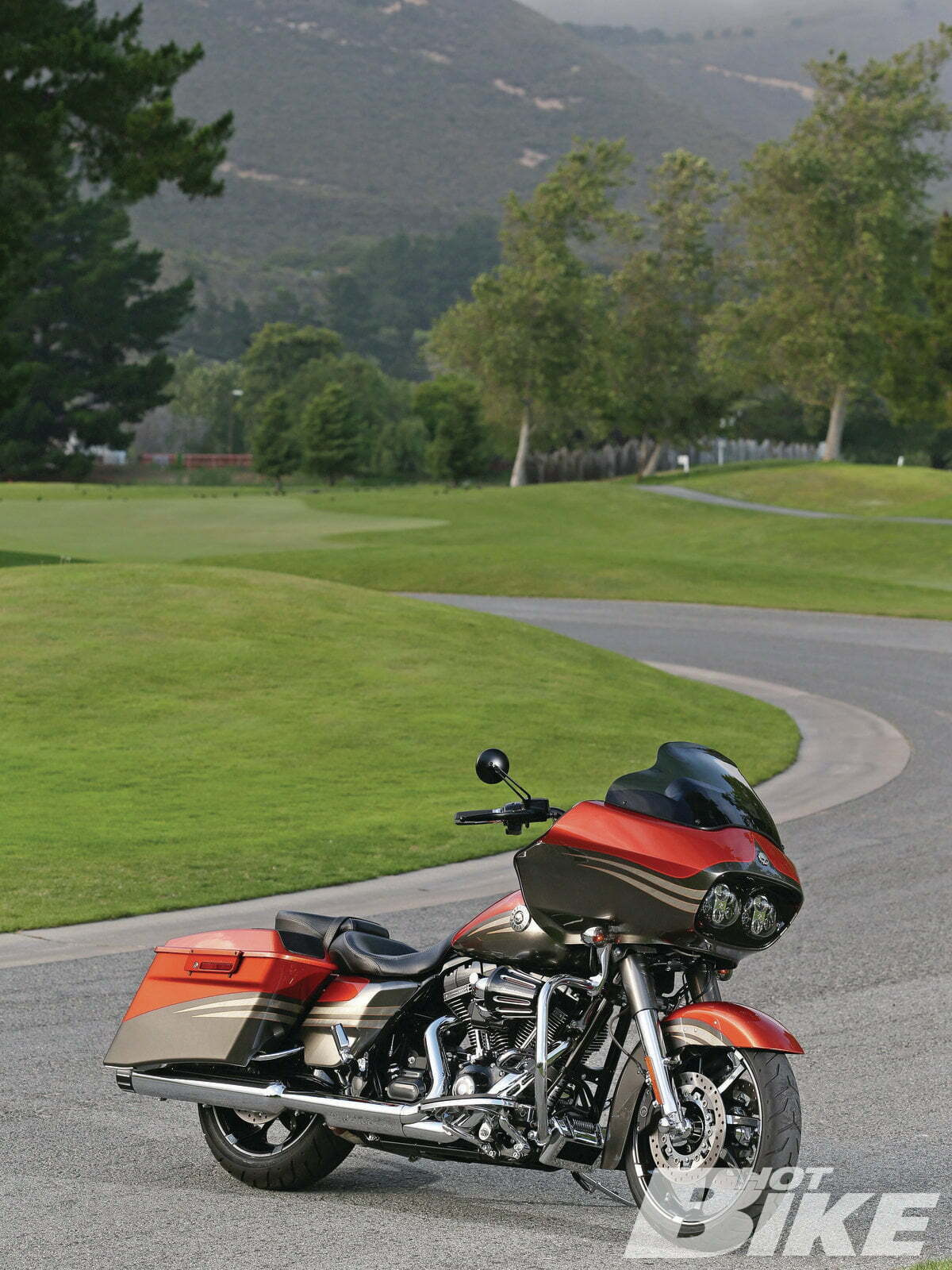 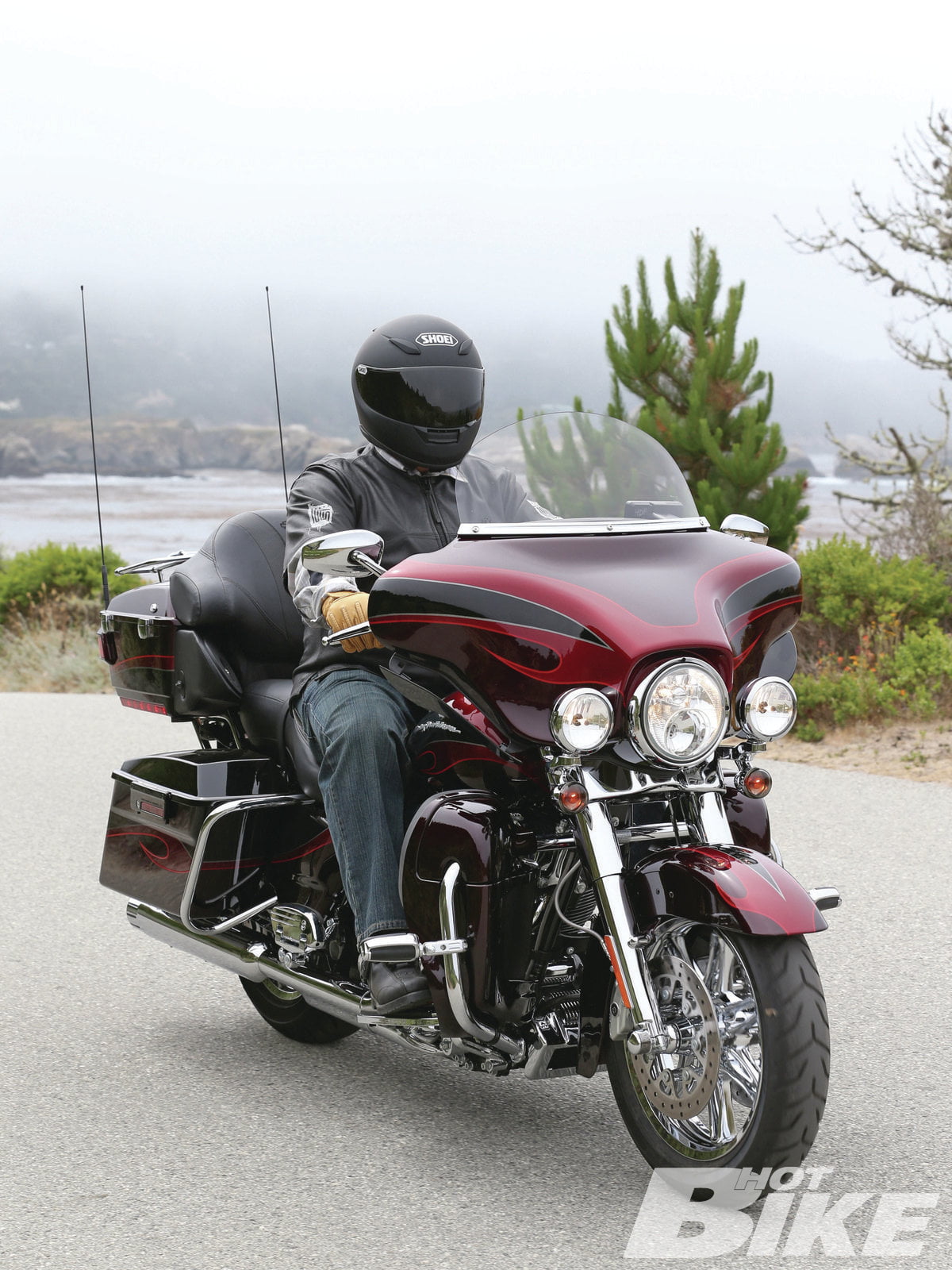 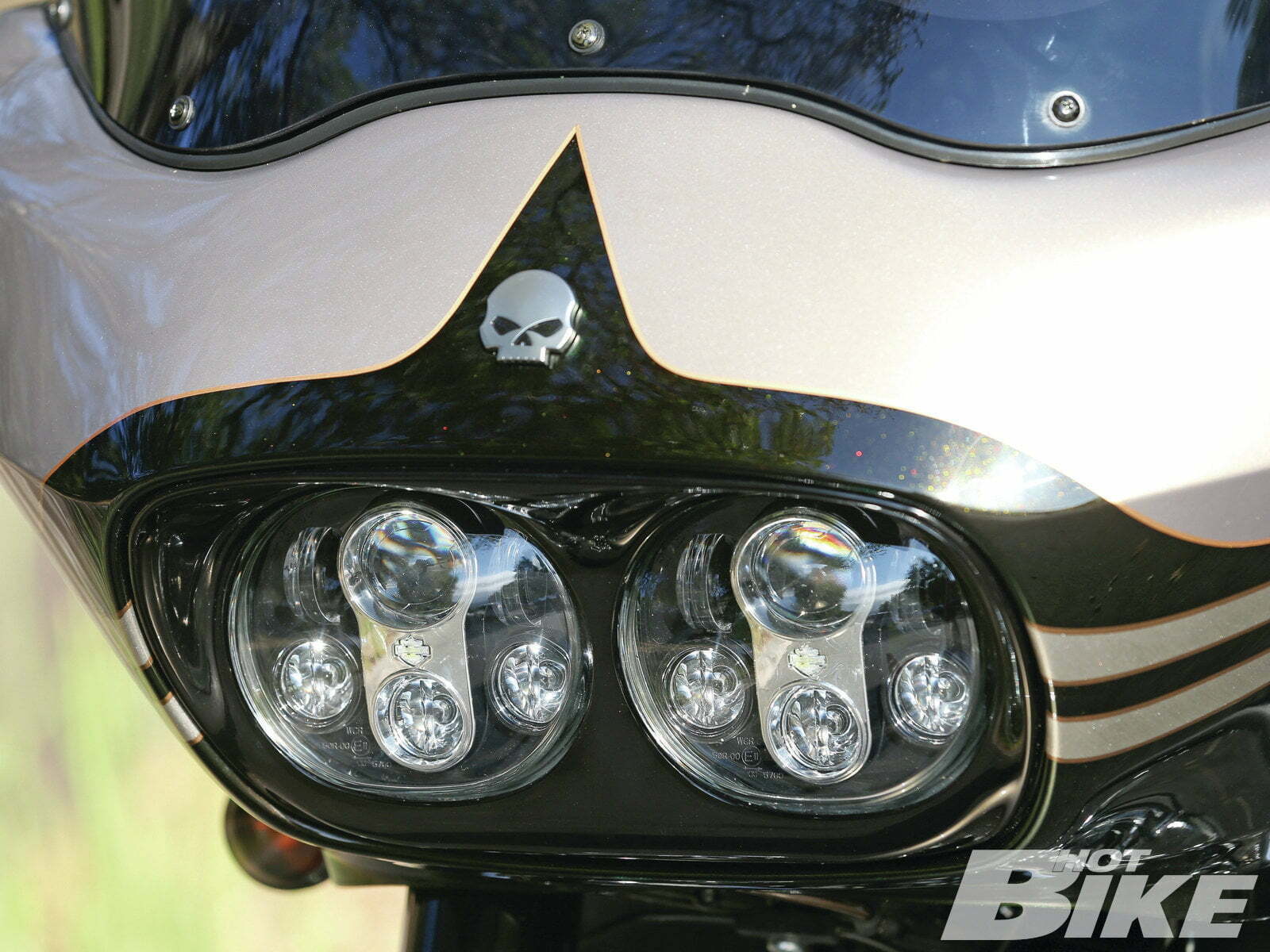 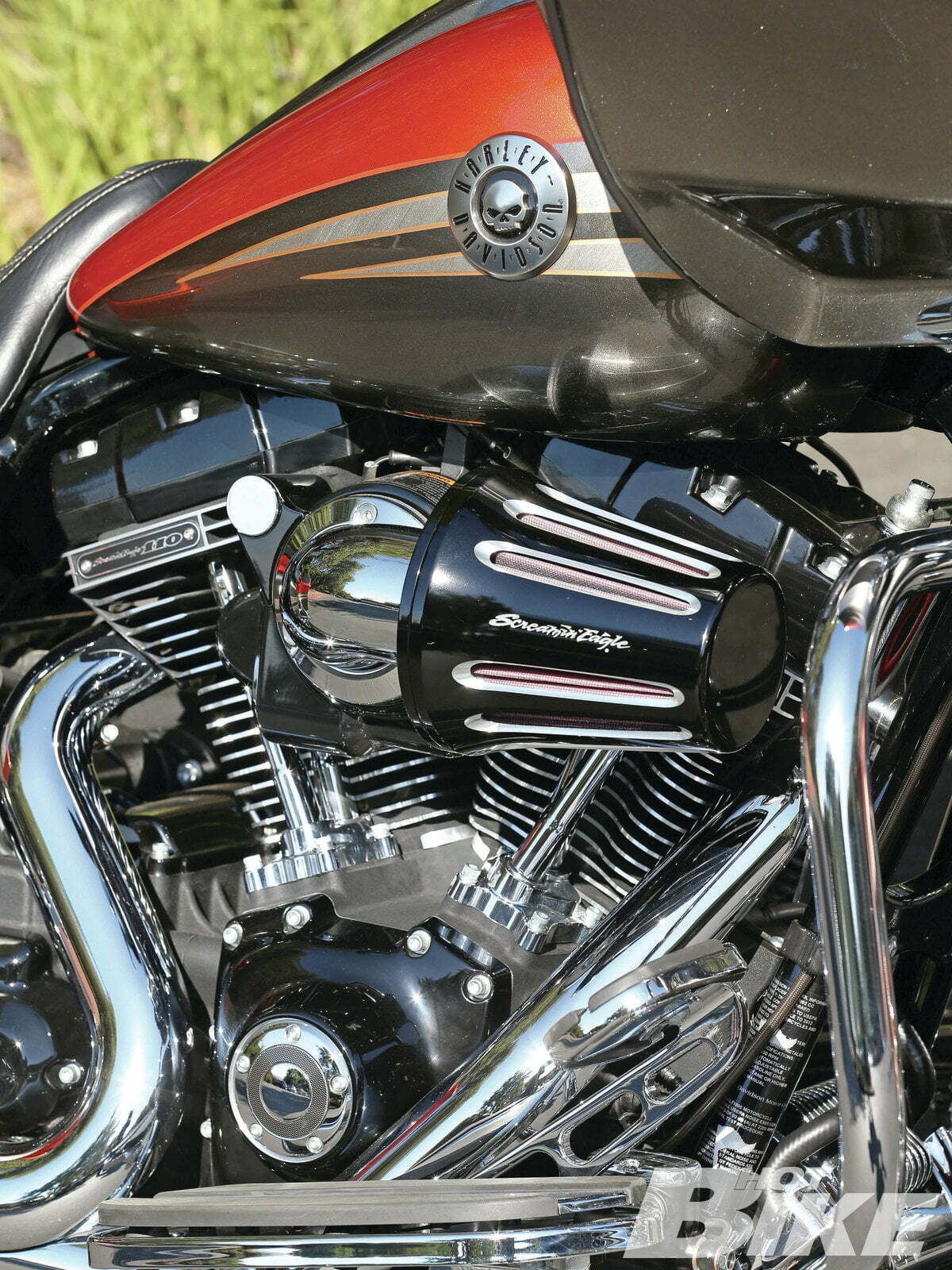 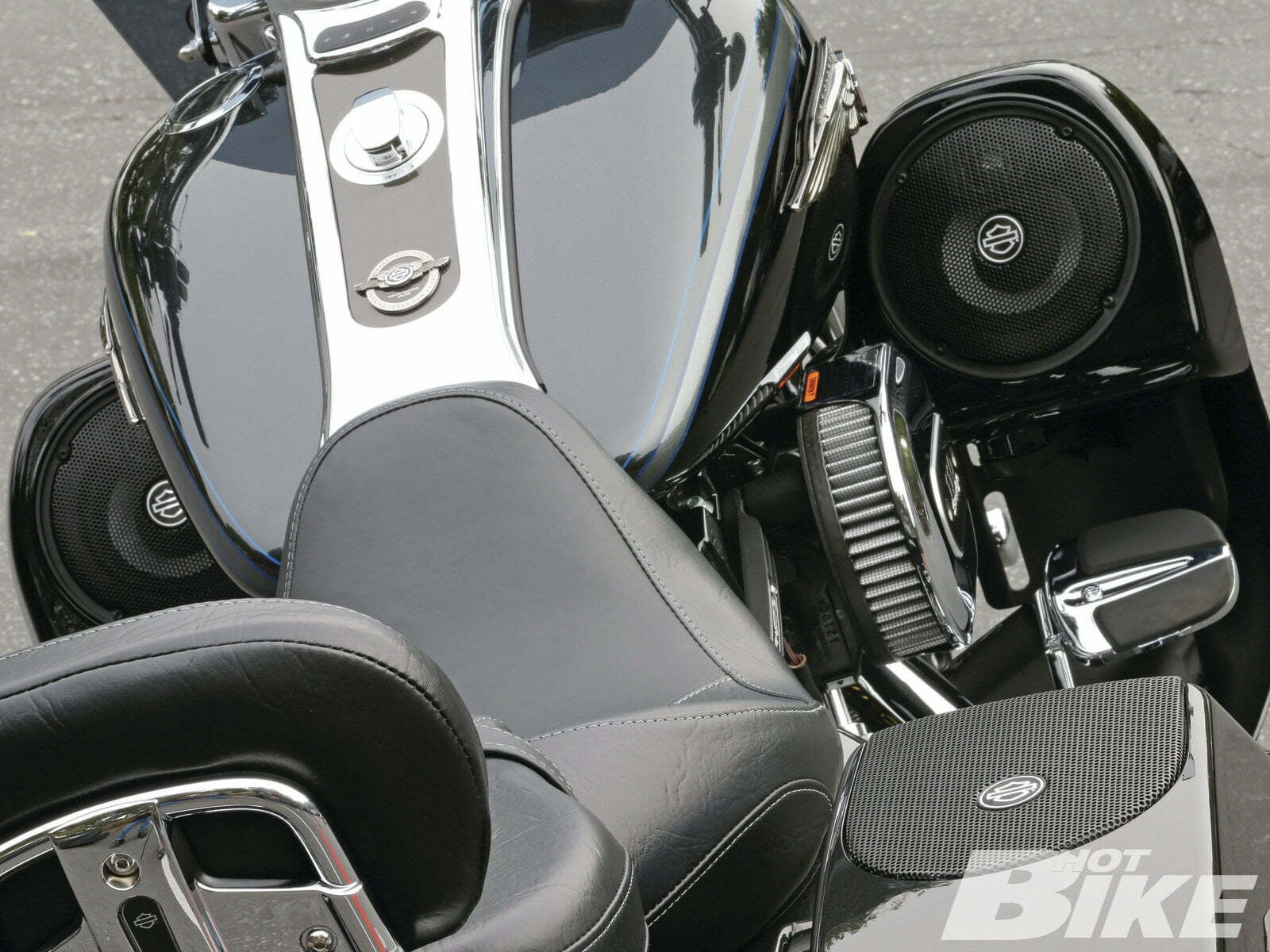 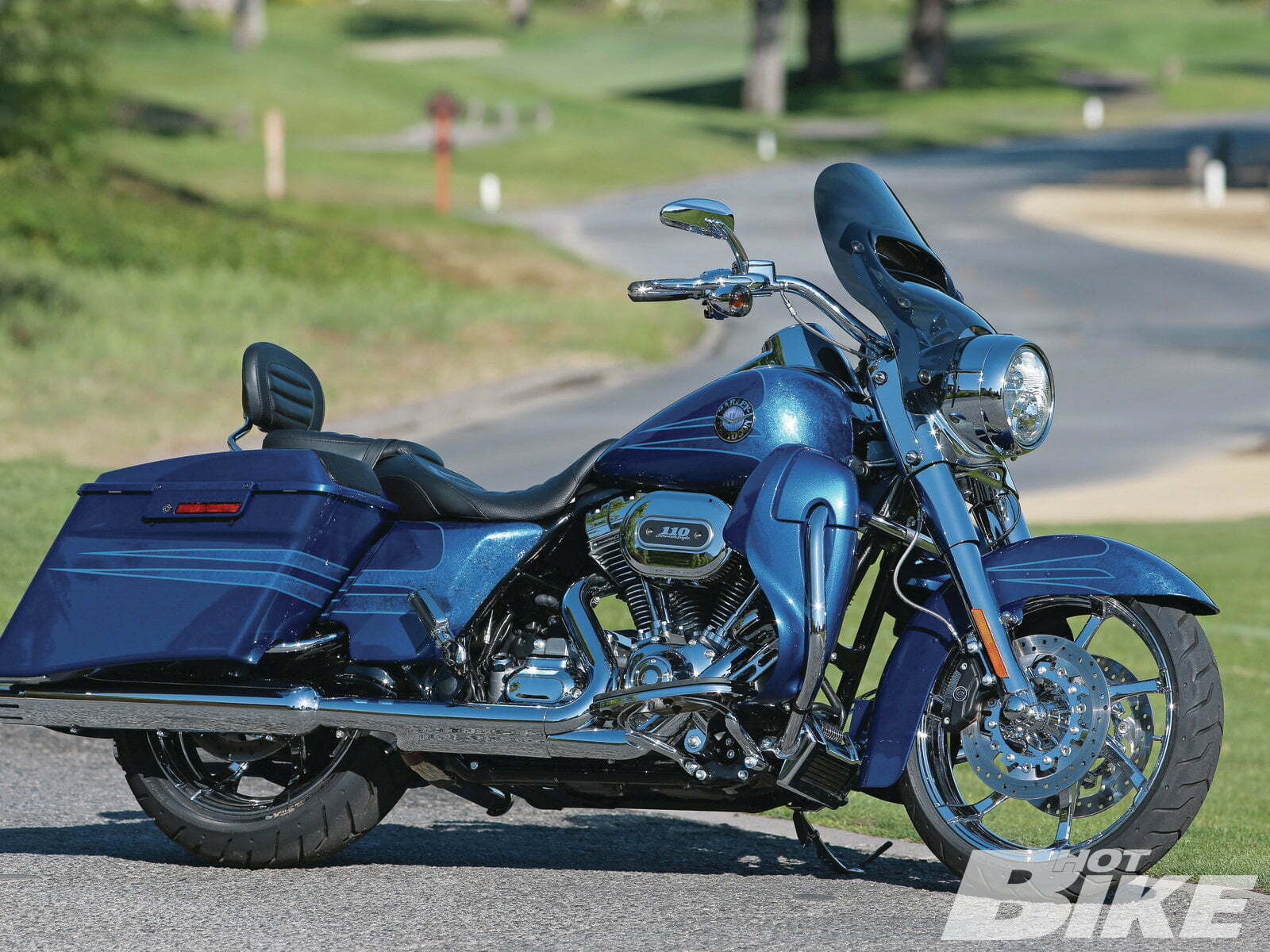 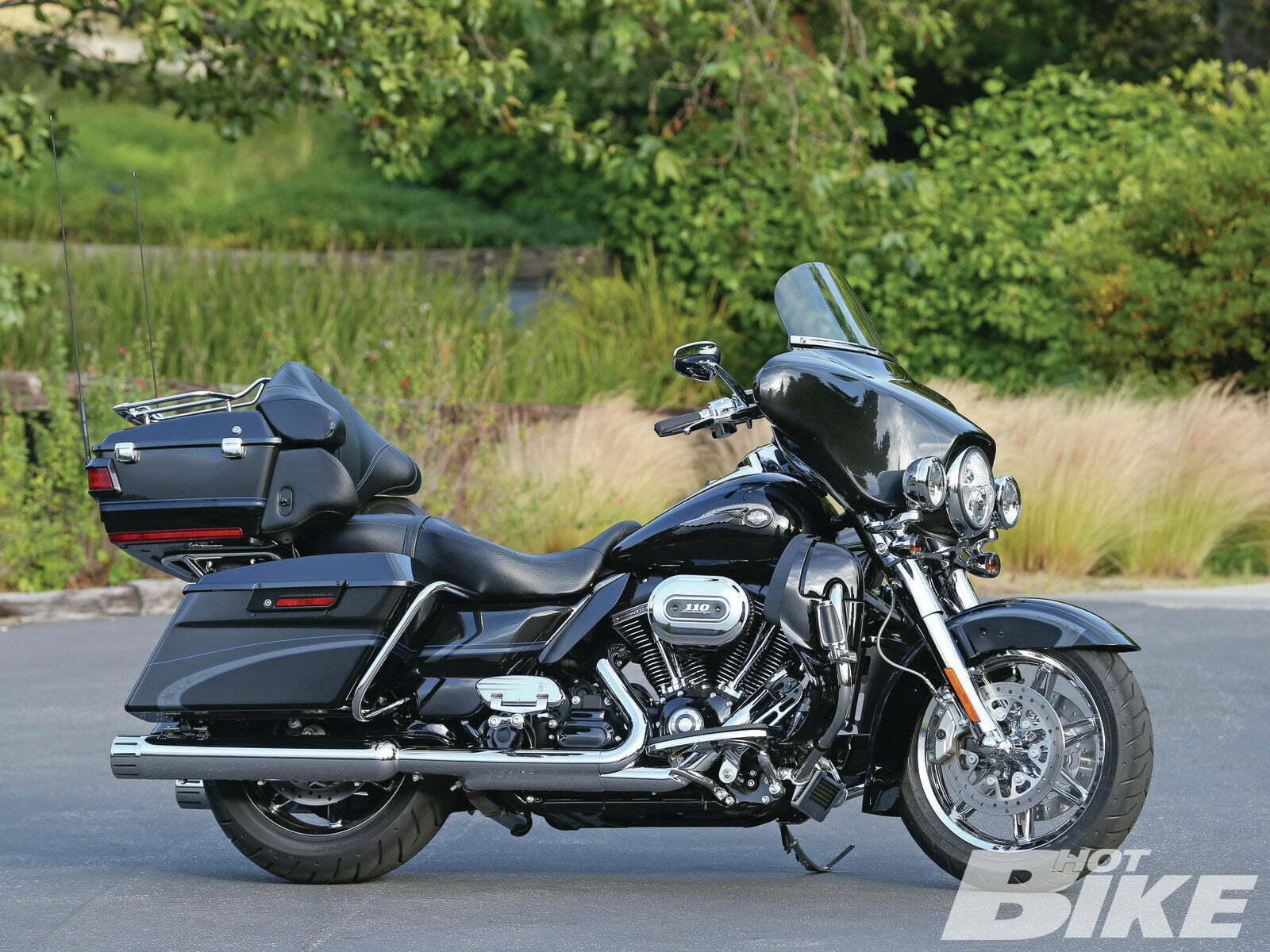 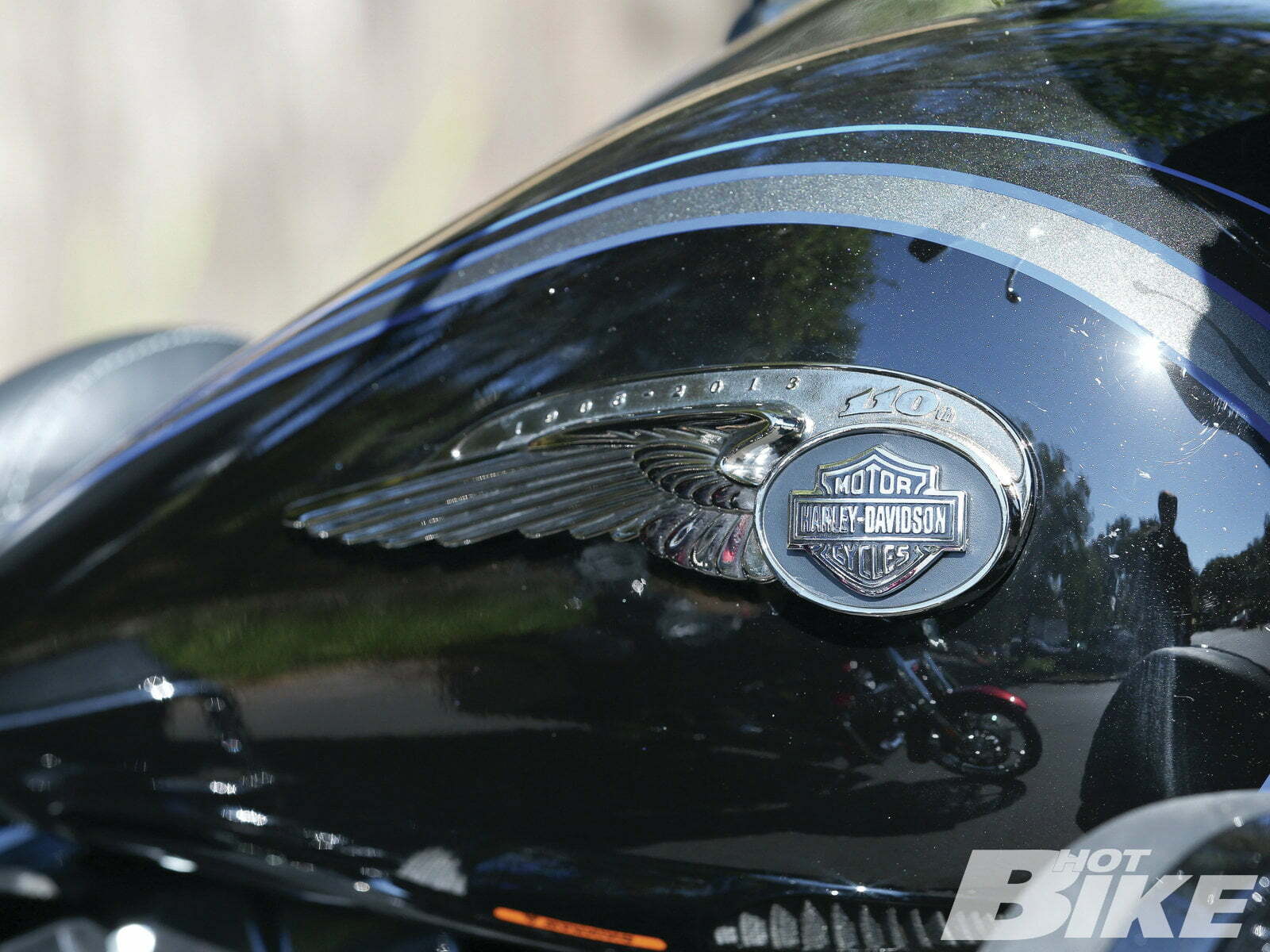 For those that demand only the best from a production motorcycle, they need look no further than the Custom Vehicle Operations (CVO) line of motorcycles from Harley-Davidson. The CVO line represents the cutting edge of motorcycle technology and serves as the forecast of things to come for future production models. Some familiar faces return with the Road Glide Custom and Electra Glide and for 2013 is the return of the Road King. All three models are available in the 110th Anniversary colors and remain the most exclusive of all the line.

For 2013 the Road Glide Custom receives a host of new upgrades most prominent of which includes the Daymaker headlamp. This LED headlamp is the first of its kind from H-D and includes a higher output that is 37 percent brighter on low beams and 31 percent brighter on high beams. The whiter and brighter light is truly amazing and hopefully will find its way into all production H-Ds. The stereo also received a 200-watt upgrade with 5x7s sitting atop the saddlebag lids now with a sleek hidden antenna. The 8GB Nano remains. Fat black 1.25-inch bars with internal wiring also make their debut. The assist and slip clutch is new and helps smooth out downshifts. All CVO models now come with the Slipstream Collection including handgrips, floorboards, shifters, brake pedal, and passenger footpeg. New color options include an Atomic Orange and Galaxy Grey with Edge graphics. The Anniversary edition returns for year 110 in the Diamond Dust and is limited to 900 of the total 3,150 worldwide units. Prices are slightly up from 2012 at $32,999 for Orange and $33,999 for the 110th Anniversary editions.

For 2013 it’s the return of the CVO Road King with an all-new audio module. Previously the Road King was not equipped with a stereo from the factory. Team H-D cleverly integrated two 5.25s in the front fairing lowers with 5×7 speakers in the saddlebag lids. A lot of time was spent in the wind tunnel to develop a new detachable windscreen. Rather than bolting on a sail to split the wind, engineers developed an adjustable vent that reduces buffering by allowing air through depending on rider height and speed. A new detachable solo seat and fatter bars also are part of the package. Along with a low-profile console, the Road King also receives the Slipstream controls. Paint options include the Burgundy Black and Crushed Sapphire with an MSRP of $29,999. The Diamond Dust 110th Anniversary Edition is slightly higher at $30,999 and limited to 900 of the 3,620 worldwide units.

The Electra Glide remains the pinnacle of the CVO line. With a whopping MSRP of $37,599 and $38,599 for the Anniversary edition, it stands to be the most expensive H-D ever produced. For that amount you get the Harmon/Kardon audio including Satellite radio, high-performance speakers with Boom Bass Boosters, GPS, the power locking system for ignition, saddlebags and tour pack, heated seats, and the Slipstream Collection of controls. Power output from Twin Cam 110 also includes the new slipper assist clutch. You’ll now be able to showboat the CVO name off the bike with new Indoor/Outdoor cover. Paint is Silver, Maroon, and Orange with the Diamond Dust reserved for the Anniversary edition. Exclusivity is a must at this price range and 3,900 bikes are available worldwide with 1,100 being Anniversary editions.

World famous photographer Michael Lichter hosted his annual show at the Buffalo Chip. This year the theme was Naked Truth […]