Hines became the winningest Pro Stock Motorcycle rider in history, capturing his 45th career win by outrunning teammate Eddie Krawiec in the final round. Hines took his third win of the season and fourth at this event by posting a track record time of 7.134 at 188.33 on his Screamin’ Eagle Vance & Hines Harley-Davidson to hold off Krawiec’s Screamin’ Eagle Harley, which trailed with a 7.148 at 187.21.

It was the third consecutive final-round appearance for five-time and defending world champ Hines, who defeated Scotty Pollacheck, Cory Reed, and LE Tonglet to advance to the final.

“It doesn’t get much better racing up here in the mountain, with the thin air requires a different setup,” said Hines, who trimmed Krawiec’s points lead to 109. “Coming back to win on the mountain, it means a lot. My team has had my motorcycle really dialed in right now. It is our third final in a row, and I am just riding the wave. I don’t think I’ve ever put eight runs like that together in a weekend. The bike is such a joy to ride right now.” 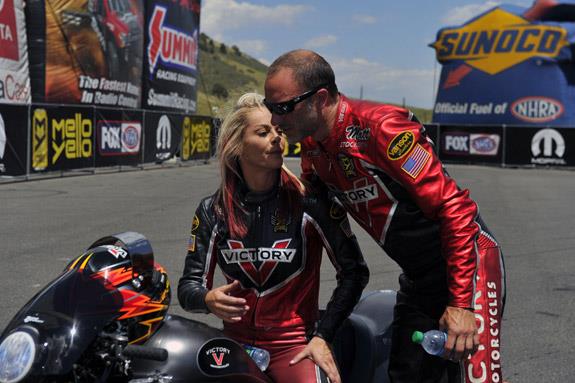 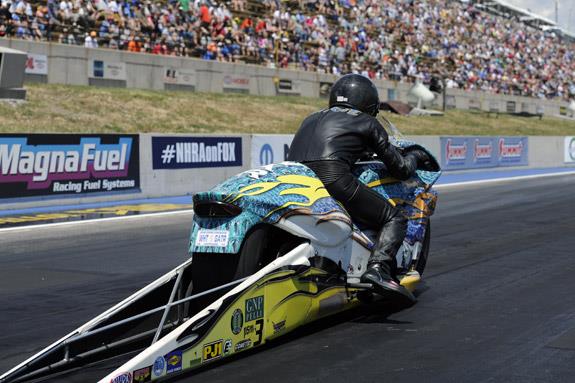 Jerry Savoie rebounded from his qualifying efforts to put his White Alligator Suzuki in the semifinal round. 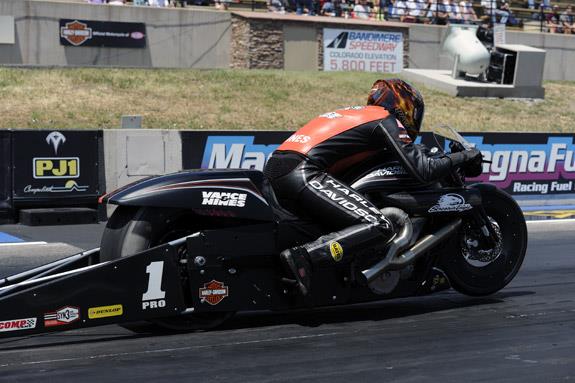 Andrew Hines lowered the boom on the Pro Stock Motorcycle class with a track record 7.151 to move into his second consecutive final round and 72nd overall. 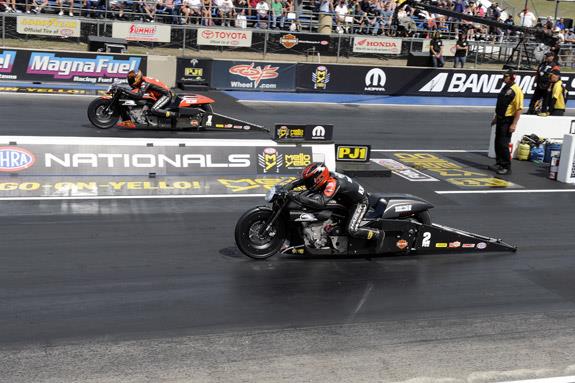 Both Andrew Hines, far lane, and Eddie Krawiec ran under the existing Bandimere Speedway track record in the Pro Stock Motorcycle final, but Hines was quicker with a 7.134 to Krawiec’s 7.148 to score his 45th career victory.

Perse Performances Fat Hexed Long-Sleeved frontend is truly a thing of beauty. From the original design, to the tight tolerance […]