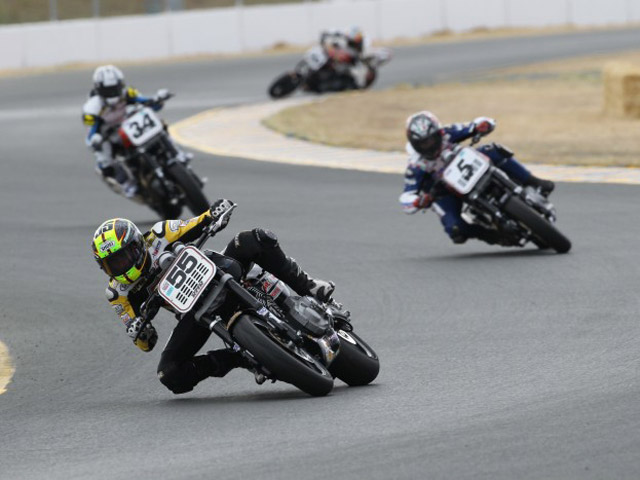 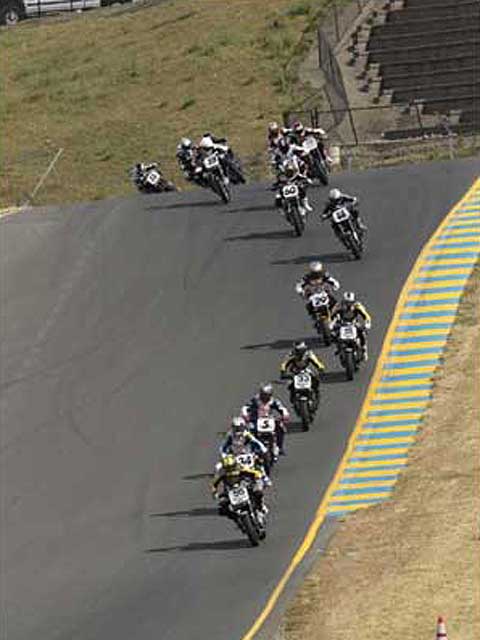 Starting from pole position, Fillmore engaged in a see-saw battle for the lead with Drag Specialties rider Barnes, as Rapp (Parts Unlimited) followed in close pursuit during the opening five laps of the 11-lap race. The race was red-flagged on lap six when Gerry Signorelli high-sided at the exit of the final turn before the start/finish line on lap six with Barnes in the lead. After the restart, Fillmore quickly took the lead and broke away to take a 3.586-second victory over Barnes and Rapp, who was hit with a 5-second penalty for jumping the restart.

“You can’t really make up any ground because the bikes are so even on power. So it’s all under braking and if you’re not right there, the places where I thought I’d be able to pass Barney and catch up to him, he’d get that little bit of a gap, and we all pretty much hit the same brake markers,” Fillmore said about the opening laps battle with Barnes. “[On the restart] Barney opened the door a little bit going into the carousel, and I just went for it and put my head down and did everything I could to pull away.”

Barnes, who is still recovering from a broken collarbone sustained at the AMA Pro season opener at Daytona, was suffering from some nagging injuries that hampered his race.

“I felt a little more confident on the first start. I haven’t been on a motorcycle since Daytona, and my throttle arm hasn’t been working as well as I want it to. I got some arm pump from the brakes,” Barnes said. “I thought I had a little bit more for Chris, but he really stepped it up for the restart, and I didn’t have much left in my arm. I knew Rapp had that penalty and it was all I could do to try to stay within that 5-second gap.”

THROWBACK BOBBER STYLE WITHOUT COMPROMISE Introducing the New Victory Gunner, an Urban Cruiser that handles itself as well on the […]

Scott Kietzmann of Conquest Customs was invited due to his skill at customizing and hotrodding Victory motorcycles. Scott is building […]

Get A Magnetic Attraction With These Magnetic Tool Trays

You might lope along for years in your wrenching careers without one of these magnetic parts trays. But we have […]

Riding on Salt and Sand – ”The Salt”