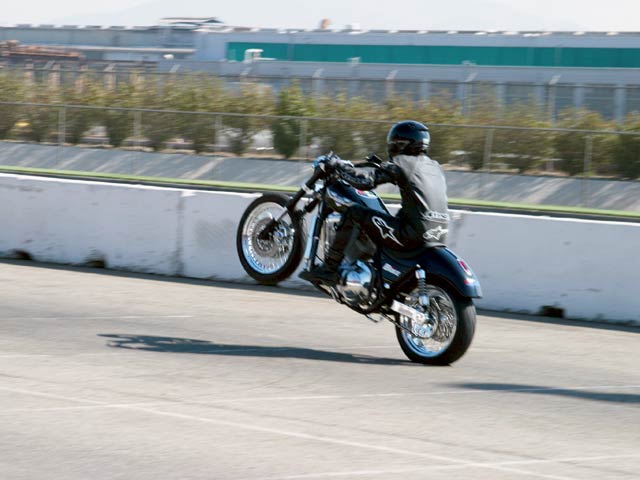 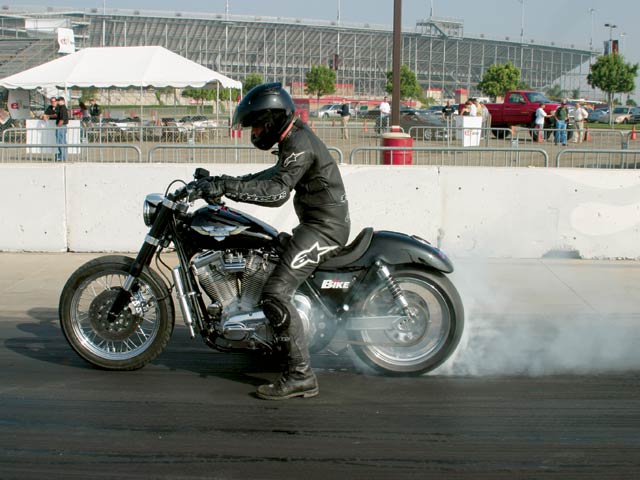 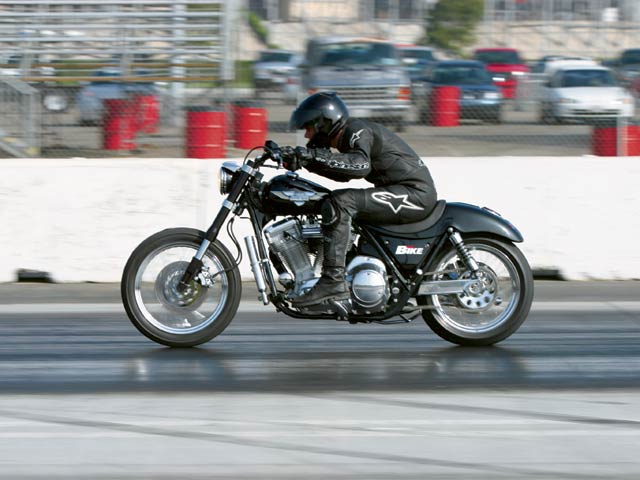 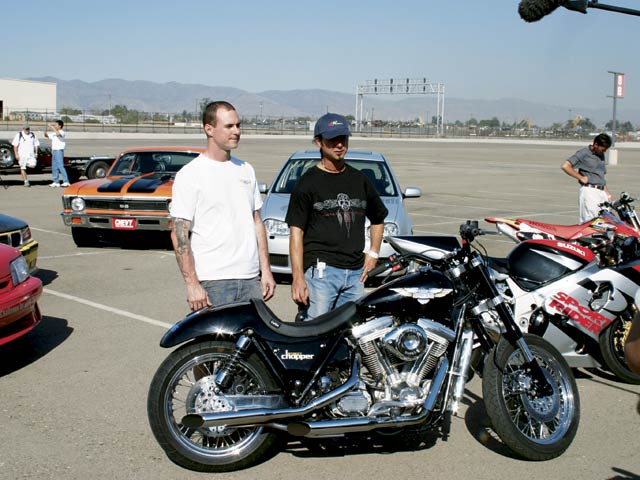 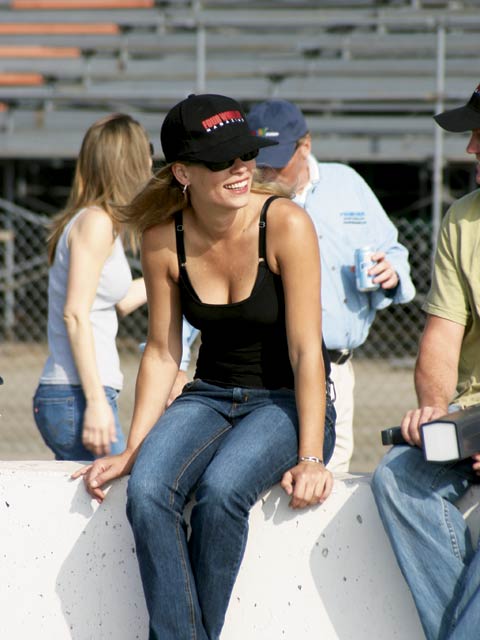 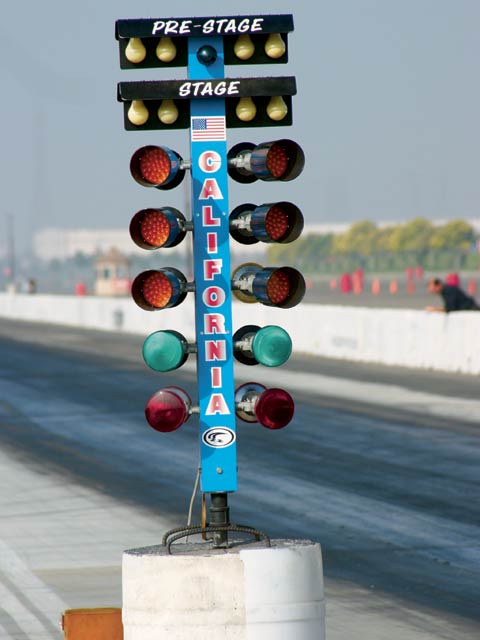 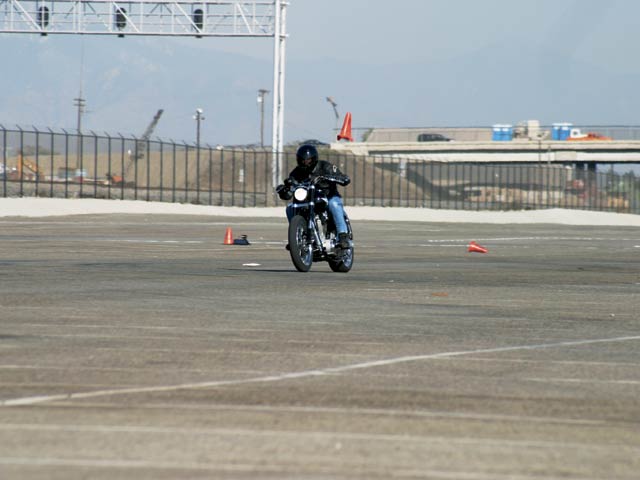 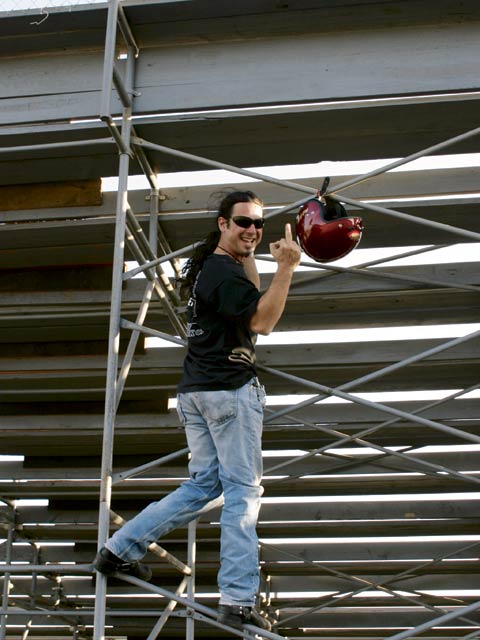 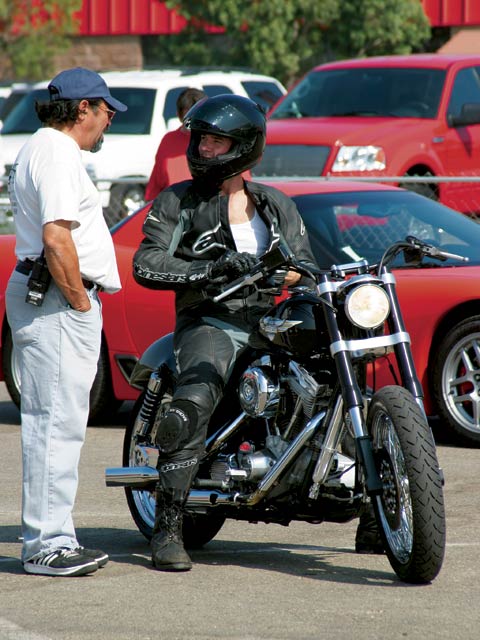 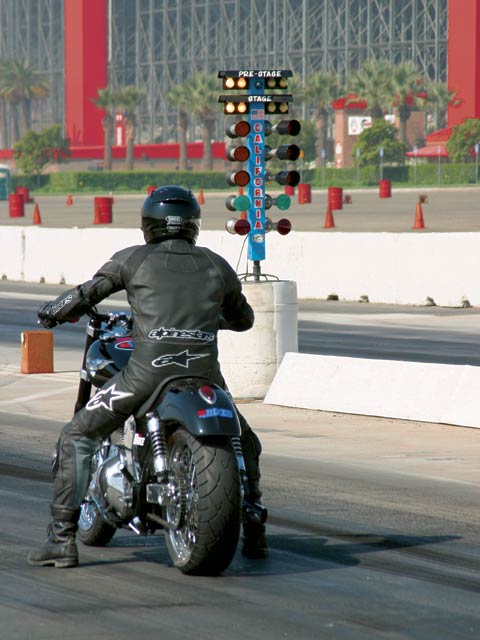 In 2003, eBay Motors teamed up with our parent company, Primedia, and Ford Racing to build a project car with parts and accessories bought on eBay Motors.

The project was termed the Fastforward Fastback with the goal of updating the body, motor, and chassis of the famed ’60s Mustang fastback. The results, and the response from the public, were so overwhelming that eBay teamed with the editors of the hottest automotive and motorcycle publications to purchase, design, build, and modify a project vehicle using eBay Motors. To add excitement to the project, called the Editors Charity Challenge, each vehicle would run head-to-head at the racetrack in addition to being voted on by the public (editorscharitychallenge.com). At the end of the challenge, the vehicles would be sold on eBay Motors — with no reserve price — with the proceeds donated to CharityCars, a non-profit organization dedicated to helping those who help others.

Each editorial team in the Challenge had $25,000 to spend on their respective vehicles. The base car, motorcycle, and components had to be purchased on eBay Motors. Parts under 50 bucks could be purchased outside of eBay, while donated parts could not exceed $500 per donation and $2,500 for the entire vehicle. So, with the money in hand, Team Lane Splitters (as we, along with editors from our American Motorcycle Group, were called) set out to find and build a bike that would smoke the competition in every way. When it comes to handling and style in the Harley world, the venerable FXR is often the bike of choice for those interested in performance. The light chassis, short wheelbase, and rubber-mounted BigTwin make the FXR an awesome platform to build a fast, comfortable, and agile motorcycle. With that in mind, we logged on to eBay Motors and started to look for our project bike.

After bidding on a few different FXRs, we stumbled upon a ’92 FXRP located in Seattle. It looked like just the bike we wanted: ratty and in need of a new home. Our final bid was $7,348; we won and the mighty FXR was ours. After payment and settling on the shipping info, a crate arrived in Costa Mesa, California, with the FXR inside. It was in rough condition — it wouldn’t start, the tires were shot, and the aluminum looked like it had been at the bottom of the ocean for ages. The scoot barely resembled the police model it was born as, except for the original handlebar controls with the siren button. Luckily, we planned to transmogrify the beast into one sweet, asphalt-burning machine, so we didn’t feel too bad about stripping the bike down to the frame.

Since we were competing against stiff competition, we recruited the best for our FXR project build: Dr. Geoffrey Gaites, the Cycledoctor located in Costa Mesa. Geoff is no stranger to building high-horsepowered Harleys and FXRs in particular, as he regularly builds bikes to compete in Land Speed Record competitions. Geoff removed everything from the bike but the transmission. In HOT BIKE tradition, we adopted the old adage, “There’s no replacement for displacement.”

Geoff opened up the old Evo, split the cases, and gutted the innards to leave room for the new S&S; stroker flywheels. The basis of the powerplant included a 5-inch stroke and 10.5:1, 3-5/8-inch pistons yielding a fire-breathing 103 ci of V-twin muscle. Not satisfied with the breathing capabilities of the stock S&S; heads, Geoff sent them off to Johnson Engineering Technology for magic ports and the valve seats. A 0.560 lift, long-duration Andrews EV-72 cam was used with an S&S; Super G carburetor. But why stop there? For added power and bragging rights, we added happy juice to the mix with a Nitrous Oxide Systems/Holley setup.

Before cradling the motor in its rightful place, the chassis was given some much-needed attention. We scored a set of black-anodized, inverted Storz/Ceriani forks mated to a beefy set of its triple-trees. Between the mighty legs, some Metzeler rubber wrapped a beautiful 19-inch spoke wheel we obtained from Wheel Works. Because we expected a ton of power from this mill, we decided that the spindly, stock swingarm had to go in favor of a polished aluminum JMC variety that held an 18-inch hoop. To tie it all together, Progressive shocks were added to smooth out the ride. With the addition of some H-D risers and Sporty flat-track handlebars, the bike could now be rolled around the shop. Life was looking up.

The stress mounted as the deadline approached. While Geoff furiously bolted in the motor and hooked up the stock H-D five-speed tranny, Rock & Roll Custom Paintworks attended to the sheetmetal. They had the Corbin rear fender, FXR sideplates, and an FXR gas tank that Geoff took off his personal ride. Since this was designed to be a go-fast racebike, no provision was made for a front fender. Randy at Rock & Roll did a great job on the parts, adding eBay logos as well as Geoff’s and ours to the shiny black bodywork. After bolting up the new skin to the FXR, a pair of polished nitrous bottles was secured to each of the downtubes. We needed only wiring, fluids, and final tuning to fire up the beast.

And fire up it did. The new FXR motor was raw and evil with that syncopated loping idle that only a big-cammed Harley can produce. Geoff threw on the seat and departed from our headquarters for the maiden voyage of the resurrected steed. Moments later, a grinning Geoff returned and mumbled something to the effect of sick, nasty, and terrifying. After refilling the nitrous bottles, Geoff hit the battlefield once again. We could hear him screaming through the moist, cool SoCal air — First gear whining, Second gear screaming, Third gear… uh oh. The air went silent. Our hearts were pounding waiting like expectant fathers for word. Geoff came limping back with the FXR sputtering through the open pipes and wearing a new coat of 50 weight. One head gasket blew. Not bad, but time was dwindling as night turned to morning.

We had two days left before raceday. It needed proper break-in and a dyno-run to reach the final-tuned state. Once the head gasket was replaced and heads torqued, the time came for a little shakedown run through the Southland. With the rough condition of the roads here, and incessant traffic that defines Los Angeles, Geoff found the perfect proving ground. When he returned with the requisite miles on the mind odometer (there’s no odometer or speedometer on the bike), Geoff ran the rubber-mount on his dyno. The once ratty Police bike put 111 hp to the rear wheel. Wait, that was without the siren-turned-nitrous button pushed. With the addition of the happy juice, the motor screamed 163 hp with an arm-stretching 170 lb-ft of torque!

On a cold Wednesday morning, before the sun could warm the land, we loaded the FXR onto a truck destined for the California Speedway, located in Fontana, California. This site, in the shadows of the majestic San Bernadino Mountains, would serve as host for the Editors Charity Challenge where each of the 11 teams would compete in a timed 1/4-mile race (three passes per team), slalom course, and braking competition. The other teams began arriving with their amazing vehicles, but only one other motorcycle, a plastic and multi-colored GSX something, could threaten our chances of victory. There was no doubt though, that in the style department, we had the best vehicle.

The man himself, the Cycledoctor, was our pilot for the riding events. After donning his protective leathers and helmet, Geoff rode up to the track and smoked the rear tire to aid in traction. Although the bike had been ridden a few times and the motor was on its way to being fully broken in, Geoff didn’t have a chance to practice at the dragstrip. His first pass was mediocre, a 12.1, with a slipped rear tire and the frontend leaving the ground after he missed a shift and encountered problems with the nitrous. The second run wasn’t much better at 12.7 seconds; but Geoff rode half the track on the rear wheel to wow the crowd. After returning to the pits for a little tweaking and refilling the nitrous, Geoff convinced the track master to allow him back on. Apparently he wasn’t thrilled with Geoff’s Evel Knievel rendition. Geoff turned in an impressive 11.03-second pass. Not too bad for an air-cooled, pushrod motor without any wind-reducing fairings.

After the 1/4-mile drags, it was time for the 60-0 braking exercise. Our H-D dual four-piston calipers up front, combined with the single H-D unit in the rear clamped down on the rotors to give us an impressive run of 134 feet versus 132 from our closest bike competitor. This wasn’t the fairest of trials, as we didn’t have a speedometer to gauge our speed properly. But we were close and looked mighty fine doing it. Once the tires cooled we readied for the high-speed slalom course. The 1/4-mile course consisted of orange cones set up in a straight line; the goal was to survive the cones as fast as possible. Again our FXR performed flawlessly, even with the low tire pressure we discovered right before the event. The power-ranger guy on the “other” bike barely beat us again, despite having tire warmers on before his run and a truckload of people and equipment to dial-in his superbike.

All in all, this project turned out amazing, especially given only three months to search, bid, buy, wait-for, build, modify, paint, assemble, tune, and break-in. Plus, it needed to look good and perform in an environment most Harleys never visit. Geoff and the crew did a fabulous job, not only for us but for the lucky individual who will win the eBay Motors’ auction along with the charity that will eventually benefit from this motorcycle. Hell of a project!

Dressing up outer Indian fairings just got easier thanks to Küryakyn’s all-new trio of trim accents for 2014-later Chieftain models. […]

Nothing says class like a lean and mean motorcycle that flies discreetly under the radar. Black is almost always the […]