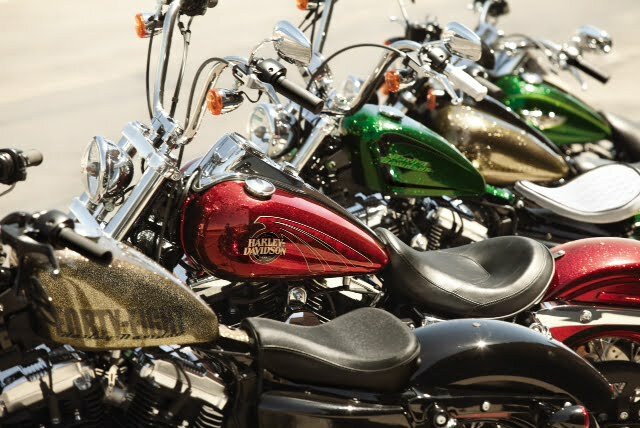 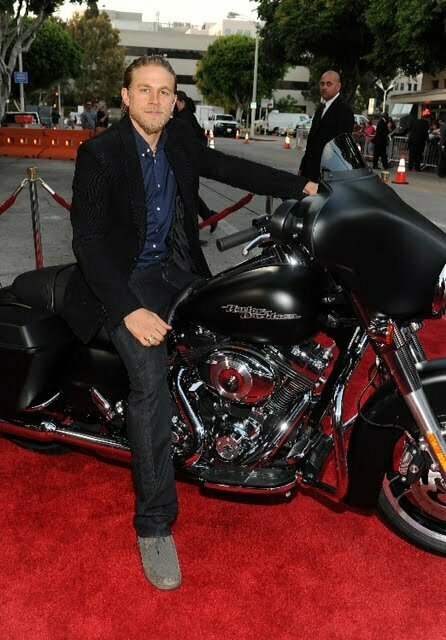 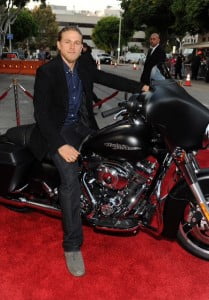 As the global leader in fueling personal freedom, self-expression and independence, Harley-Davidson today announces the launch of a second installment in its popular Dark Custom campaign called United By Independents. The campaign, featuring #StereotypicalHarley riders, was first developed on Harley-Davidson’s Facebook app “Fan Machine” by fan Harold Chase and was then cast on Twitter. The final 60-second spot, featuring 16 real Harley-Davidson riders and Twitter followers from around the world, makes its national advertising debut on the FX hit series Sons of Anarchy beginning with the Season Five premiere Sept. 11, 2012. The United by Independents campaign runs through November 2012 and includes a promotion through Harley and SOA that gives fans an opportunity to express their individuality and defy stereotypes by customizing a new Street Bob motorcycle online with the H-D1 Bike Builder. This online tool now offers the most expressive paint sets, accessories and apparel than ever before with the addition of the all-new Hard Candy Custom series. BY entering the promotion, one lucky winner will win a personally customized Harley-Davidson Street Bob motorcycle and a trip to Los Angeles to visit the set of Sons of Anarchy and hang out with cast members. The partnership with FX and SOA also includes exclusive online promotional videos from the creator of SOA, Kurt Sutter, along with key cast members who share their stories about what it means to ride, featuring their own personal customized Harley-Davidson motorcycles. “United by Independents is as much a rally cry to discover your ultimate self-expression and personal freedom as it is a celebration of fans and riders that continue to defy stereotypes of what it means to be a Harley-Davidson enthusiast,” said Dino Bernacchi, Harley-Davidson Director of North American Marketing Operations. “The campaign is cast entirely through social media with real riders from across the globe and from all walks of life who are united by their shared passion for the brand and their love of riding.” Earlier this year, Harley-Davidson asked its more than 4 million Facebook and Twitter fans to share how they defy stereotypes by posting their photos using the hashtag #StereotypicalHarley. From the thousands of responses received, Harley-Davidson created the first installment of the United by Independents campaign, which debuted in February 2012 as part of the launch the Sportster Seventy-Two. The second installment that will launch Sept. 11 on SOA features the new H-D1 Street Bob and Hard Candy Custom but will also appear in partner properties like Marvel’s_ The Avengers_ DVD release and this fall’s FX premiere of The Ultimate Fighter _along with other UFC properties. Both videos are available on Harley-Davidson’s Dark Custom website at www.darkcustom.com. Continuing its mission to defy stereotypes, Harley-Davidson remains the market share leader in heavyweight motorcycle sales among young adults ages 18-34 in the U.S. and has long been at the cutting edge of personalization and customization, as evidenced by Hard Candy Custom, the star of Harley’s 2013 model-year line-up. The new formula for old-school cool, Hard Candy Custom is a styling movement that spans generations, cultures and markets from Brooklyn to Yokohama. Rooted in themes first seen in the chopper era of the late 1960s, Hard Candy Custom embraces a trend that’s reemerged from garages around the globe: dazzling metal flake paint, brilliant chrome and styling details in accessories, gear and apparel that are both current and nostalgic. Also announced was the addition of the Street Bob to Harley-Davidson’s H-D1 Factory Customization program, allowing customers to build the Street Bob of their dreams and have it delivered right from the factory within a month. Hard Candy Custom and the new H-D1 Street Bob are featured in Season 5 of _Sons of Anarchy. To learn more about the motorcycles, visit www.darkcustom.com. To enter to win the Ultimate Sons of Anarchy Experience and access the exclusive video content, fans should visit www.h-d.com/SOA from Sept. 11 through Nov. 19, 2012, and tell Harley-Davidson which SOA actor they want to ride with, where they would go and what they would do. Then participants use the H-D1 Bike Builder to design their dream Street Bob. One winner will receive a grand prize including their customized Street Bob and a trip with a friend to Los Angeles to visit the set of Sons of Anarchy. About Harley-Davidson Harley-Davidson Motor Company produces heavyweight custom, cruiser and touring motorcycles and offers a complete line of Harley-Davidson motorcycle parts, accessories, riding gear and apparel, and general merchandise. For more information, visit Harley-Davidson’s Web site at www.harley-davidson.com.

As if Roland Sands didn’t have enough going on with all the cool projects he’s doing, he’s really killing it […]

Checking your tire pressures can take just seconds, but offers critical advantages including better handling, improved tire life, and, most […]

For The Love Of Motorcycles