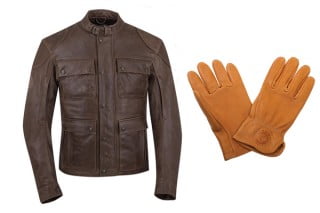 Those who have watched The Curious Case of Benjamin Button will know that the main character, Benjamin Button (played by Brad Pitt) rides an Indian 101 Scout in the film.

The Benjamin jacket is available for both men and women and is 100% leather with a premium suede finish. There is CE armour in the shoulders and elbows (removable) and power stretch side panels for a comfortable fit. A cotton plaid inner can be zipped in and out and there’s a buckle on the collar.

The Deerkskin gloves are very soft and supple, giving a great feel through to the handlebars and will gain more character the more they are worn.

There’s also another scene in the film when Brad Pitt wears a Shearling Jacket. Indian Motorcycle also has one of its own, available for men made from 100% sheepskin leather and with a Shearling collar.

Indian Motorcycle, a wholly owned subsidiary of Polaris Industries Inc. (NYSE: PII), is America’s first motorcycle company. Founded in 1901, Indian Motorcycle has won the hearts of motorcyclists around the world and earned distinction as one of America’s most legendary and iconic brands through unrivalled racing dominance, engineering prowess and countless innovations and industry firsts. Today that heritage and passion is reignited under new brand stewardship. To learn more, please visit www.indianmotorcycle.com

Check out our Classifieds for Indians and other great cruisers. 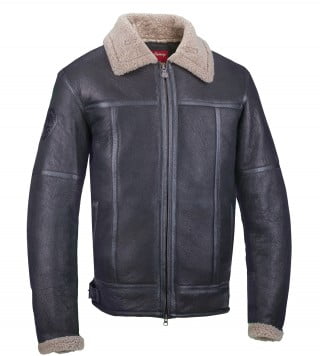 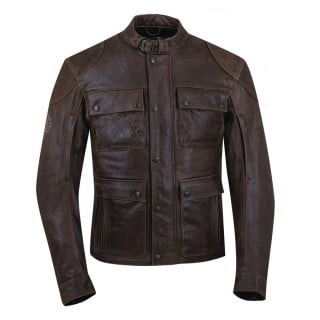 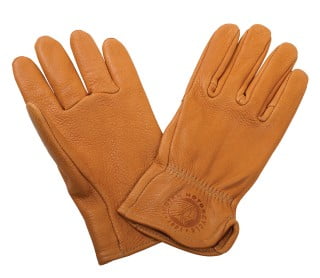 Daytona Beach PD will use VICTORY Motorcycles this fall

The Daytona Beach Police Department, an agency that protects and serves in a city that plays host to major events […]

Chaos Theory Everybody needs a little chaos every so often. It shakes things up, leads to change, and with change […]

14 Must-Have Disposable Gifts For Your Garage

The Best Ways To Clean A Motorcycle Chain