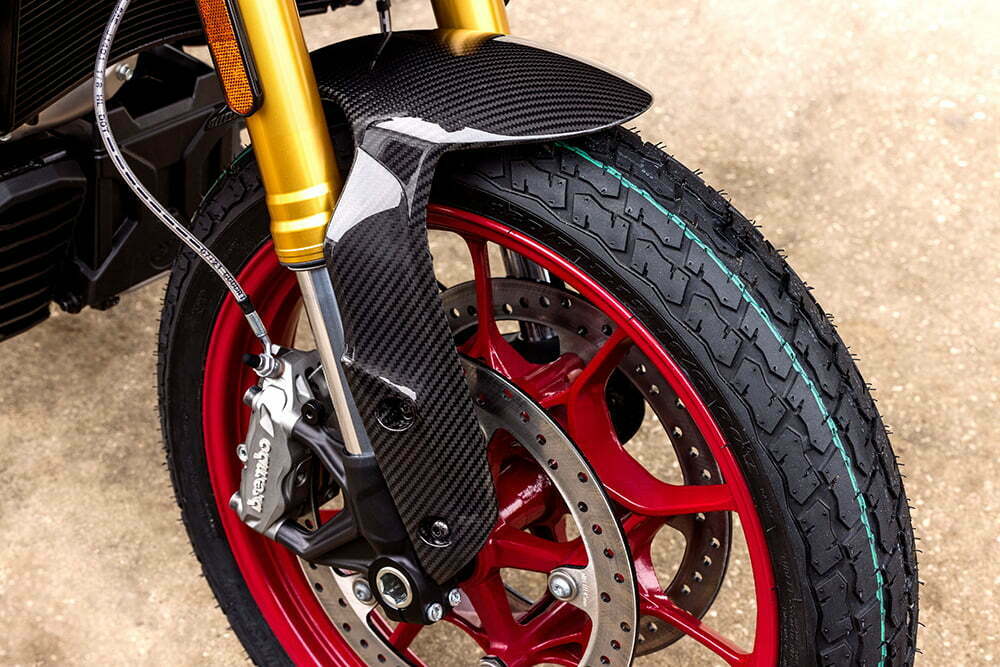 “Since the FTR’s debut in 2019, riders around the world have expressed their passion and enthusiasm for the FTR’s flat track-inspired design,” said Aaron Jax, Indian Motorcycle Vice President. “While the 2022 FTR lineup optimizes the FTR’s on-road performance, the FTR Championship Edition reignites our flat track racing legacy and celebrates the Wrecking Crew’s historic success. Although this limited-edition bike is a commemorative show piece, it’s also an on-road ripper that performs in the twisties as well as turns heads on city streets.”

Indian Motorcycle Racing, the winner of the last five Manufacturer’s Championships, returned to professional flat track racing in 2017. Since the debut of the FTR750, an Indian Motorcycle Racing factory rider has won the championship every year in the sport’s premiere class. The 2022 Indian Wrecking Crew, consisting of 2021 SuperTwins Champion Jared Mees, two-time champion Briar Bauman and the team’s newest member, the winningest rider in American Flat Track Singles history, Shayna Texter-Bauman, will look to defend its title at the season opener on March 10 at the Volusia Half-Mile.

We first encountered the unique stylings of Mr. Ken Nagai, owner and designer of Ken’s Factory, several years ago when […]