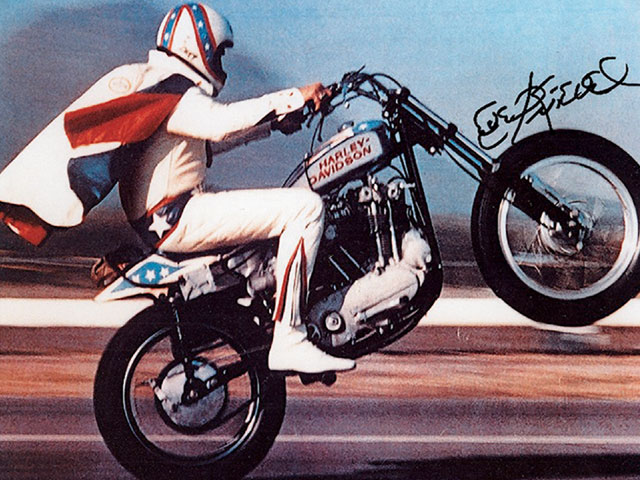 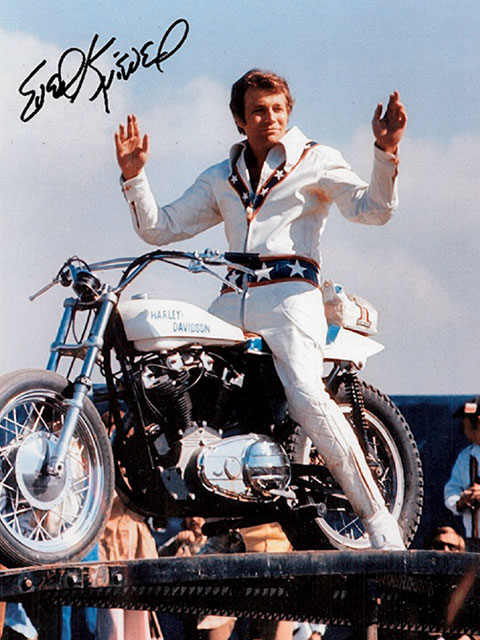 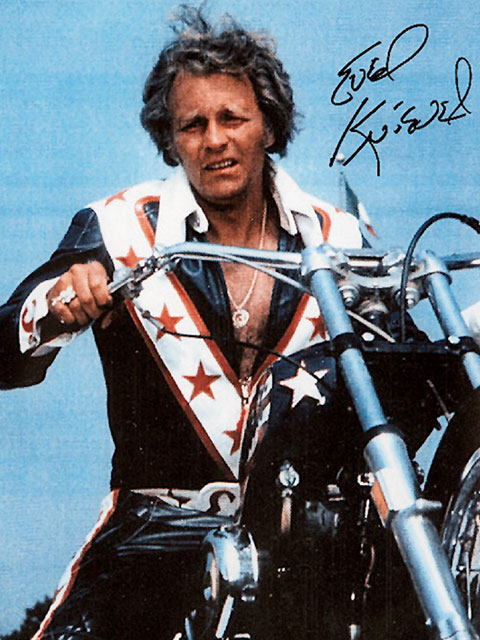 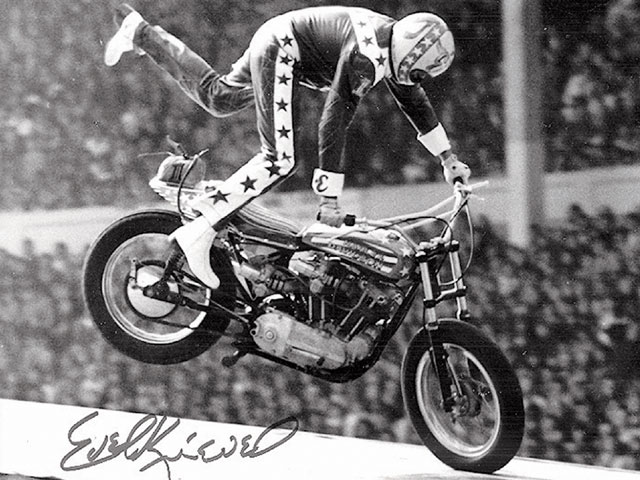 He once described himself as “the last gladiator in the new Rome. I’m not a stunt man, not a daredevil. I’m an explorer.” Friday, November 30, 2007 marked the end of the man who will forever be remembered as the world’s greatest daredevil. Robert Craig “Evel” Knievel died in Clearwater, Florida, after a threeyear bout with the lung disease idiopathic pulmonary fibrosis. Knievel was born in Butte, Montana on October 17, 1938. He was 69 with over 40 years of constant battle against the persistent pain of broken bones and severe trauma from jumping and crashing motorcycles like no man had ever done before. He fought to overcome the tremendous obstacles of diabetes, hepatitis C, a liver transplant, numerous surgeries and two strokes. Knievel’s legacy as America’s Legendary Daredevil, Last of the Gladiators, and King of the Stuntmen will undeniably live on among millions of fans, past, present and future.

Being one of the many fans, the memories of the man Evel Knievel, I know just about every one of us would say the same thing: “It’s all the motorcycle jumps.”

Unfortunately, most of the big jumps were done before I was born. I do remember watching all the re-runs and highlights on ABC Wide World Of Sports, and the excitement level he created made it feel like I was watching it live for the first time, even though it might have been years later. I watched in anticipation hoping he would make the jump and it would be a great show. Jump after jump they got longer and crazier. We all talked about it the next day at school. Did he make it or not? But every motorcycle jump was pure entertainment.

One of Evel Knievel’s most memorable jumps was the 1968 attempt to launch his Triumph 165 feet over the fountains at Caesars Palace in Las Vegas, only to miss the landing in a bone-breaking crash. The bike he did it on, a Triumph, did not have the best suspension to do that kind of jump, but that’s what it was for the times. The accident left him with a fractured skull and broken pelvis, hips, and ribs. He was unconscious for a month. But soon after his recovery, he was back on two wheels and moved on to a Harley-Davidson to do his jumping.

Also in 1974, Knievel decided to jump across the Snake River canyon in Idaho. Before thousands of spectators, he took a rocket-powered motorcycle up a long ramp and soared some 1,800 feet above the canyon. But his parachute opened prematurely, and he and the cycle drifted to the canyon floor. In 1975 he jumped over 13 double-decker buses at Wembley Stadium in London, breaking his pelvis, vertebrae, and hand. In October of that same year, he and hand. In October of that same year, he came back to attempt to jump 14 Greyhound buses at Kings IslandOhio. He landed on the 14th bus, but held on. Once he soared over an aquarium tank containing 13 sharks, but skidded on the exit ramp and fractured his right forearm and his left collarbone. To list all of his jumps would take up an entire page.

Performing stunts hundreds of times, Knievel repeatedly shattered bones as well as his bikes. When he was forced to retire in 1980, he told reporters that he was “nothing but scar tissue and surgical steel”. He continued draw huge audiences watching him roar his motorcycle up a ramp, fly over cars, trucks, buses parked side by side and come down on another ramp, a real showman and American icon.

He will be missed.

It’s the details that make a bike really stand out. So often we forget about the little things, but the […]