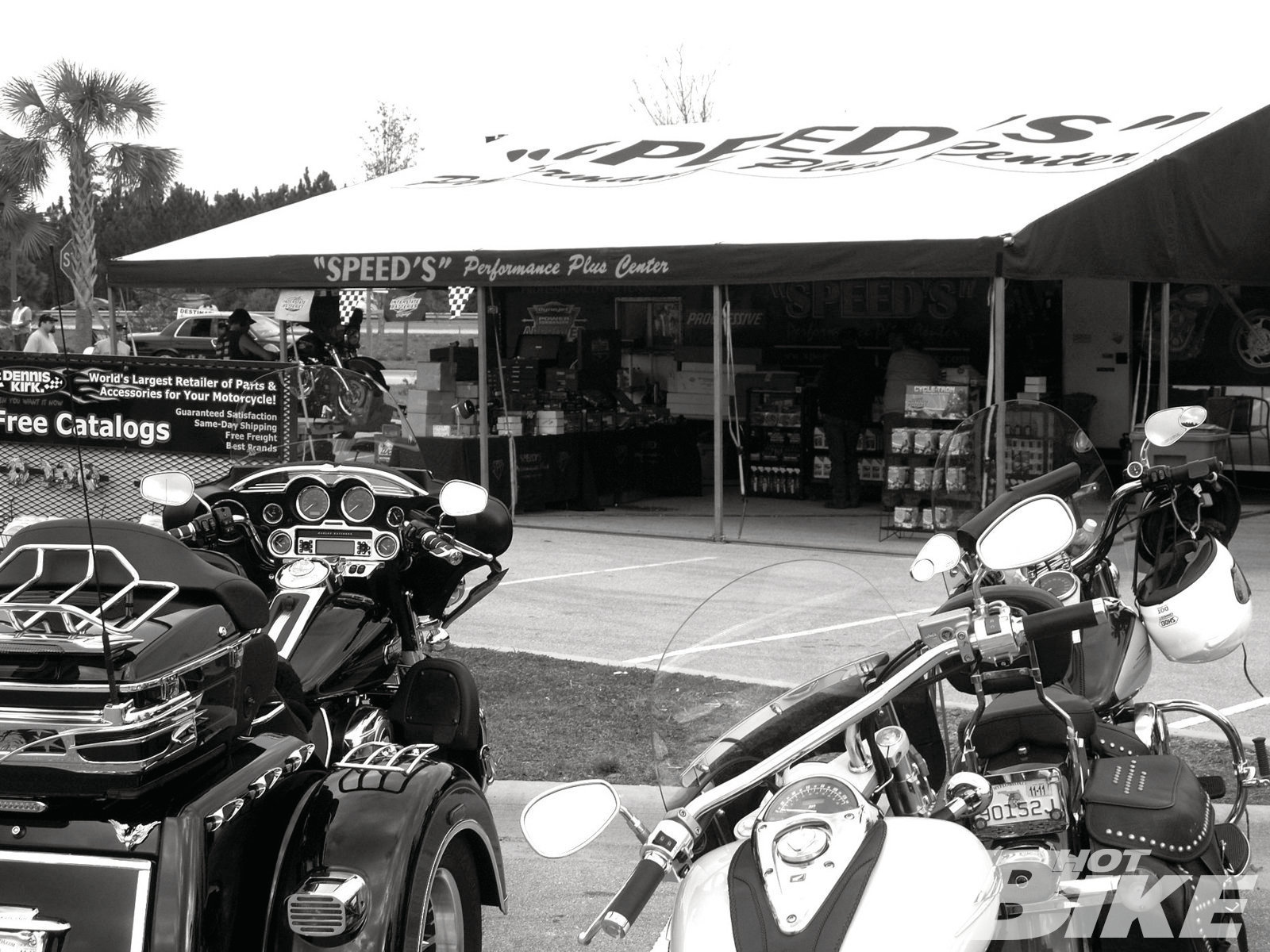 By now everyone’s well aware of the need for a performance tune-up on a fuel-injected Harley. Free-flowing pipes, a performance air filter, high-lift cams, and big-bore kits, they all call for a fuel-delivery and ignition advance remap. Even bone-stock bikes get a huge boost in performance and ridability after some tweaking to the signals the ECM sends out to those injectors. And with all those Power Commanders, FuelPaks, ThunderMaxes, and Twin Tuners out there, everyone knows how that performance tune happens.

But technology doesn’t stand still and neither does Harley-Davidson. Starting with 2011 Softail models and now spreading to more of the H-D lineup, the wiring and sensors on those FI bikes, the electronic highway calling the shots, is brand new. The old J1850 data bus has given way to a new CAN bus system, and the difference in speed between the two can be compared to the difference between an old dial-up modem and that whiz-bang turbocharged cable connection you have. New and smaller 12mm oxygen sensors in the pipes do a better job, too. Besides being repositioned deeper into the exhaust flow, they’ve been redesigned to provide a much more accurate signal. What does all this mean? Those old and familiar Power Commanders, Twin Tuners, ThunderMaxes, FuelPaks, and so on are no longer compatible with the new CAN bus system. But just as Harley’s moved forward so has the aftermarket, and more than just re-jiggering some connections to make things compatible with the new Harley-Davidson wiring. Those aftermarket wizards have taken this opportunity to do some significant upgrading themselves. The performance-tuning hardware and software developed for these new applications is stronger, more powerful, more feature-packed, and easier than ever to install and use. What some of these new units offer boggles the mind. Space doesn’t permit a detailed explanation of every one of these new tuners but a quick look at Dynojet’s just-released Power Vision is an eye opener.

“We just came back from a week of training at Dynojet’s Las Vegas facility,” Jason Hanson, the dyno operator at Speed’s Performance Plus, says. “And to say that we’re impressed at what we saw there is an understatement.” Longtime users of the Power Commander, the guys at SPP got a hands-on look at the future. Performance-tuning a fuel-injected Harley just got quicker, easier, and better than ever. Power Vision and its suite of included software is offered in two versions, both compatible with the Delphi ECM (PV1 for bikes with the older J1850 data bus, PV2 for those newest bikes with the CAN bus), and it does it all and then some with a compact, easy-to-use touchscreen display that mounts right up on the handlebars. No computers needed. You simply plug the Power Vision’s interface cable into the bike’s diagnostic port, select and save one or more of the performance tunes Dynojet’s already developed or start writing your own, then download the choice into the stock ECM, all with on-screen prompts. You never touch a computer.

Those aftermarket wizards have taken this opportunity to do some significant upgrading themselves.

“And that’s just the beginning of what this thing can do,” Jason goes on to say. There’s also an integrated tuning utility letting you make custom calibrations on the fly using the stock narrow-band O2 sensors and an Auto Tune Pro option brings in dual Bosch Wideband sensors for even more control. The Power Vision’s full-color touchscreen lets you check and clear diagnostic codes along with selecting and monitoring all manner of engine operation alarms and lots more. There are literally thousands of display options and tuning combinations you can choose to view on that handlebar-mounted screen (it measures just 3-1/2 inches), all seen in real time and you can put as much or as little of that data up there as you want. And in the hands of pro tuners, like the guys at SPP, the Power Vision’s WinPV (the PC based tuning application) is even more powerful and productive. Without getting overly technical here, various math functions can be applied to editable tuning parameters to be saved as “value files” which can then be applied to other calibrations, saving hours of tuning time. There’s also, among many other things, a “compare feature” to quickly assess the differences between two different tunes being written.

“This is a real game-changer,” Jason says. “This just might be the most powerful, comprehensive tuning device we’ve seen, for everyday riders and pro-tuners alike.” Next time the Speed’s Performance team is in your area stop by and take a look yourself. Performance tuning a fuel-injected Harley just got faster, easier, and better than ever. HB

1. Here’s that ugly gap between the fender and saddlebag. 2. These soft 6×18 inch aluminum sheets are available at […]

The Best Atlanta Has to Offer

We have several auspicious goals at HOT BIKE. We want to deliver the hottest personalities and bikes in the country […]