More adrenaline-packed racing events have this year been added to the Sturgis Buffalo Chip Moto Stampede race series at the premier action center of the rally. Six of the motorcycle and music festival’s nine days offers thrilling racing from American Flat Track and RSD Super Hooligan to street drags, Dirt Riot Off-Road, and AMA Supermoto. Audiences will have an up-close viewing experience with concert pairings they won’t find in any other venue in the world. One pass includes access to Moto Stampede races, all concerts and events held within the campground and tent camping. Passes may be purchased for each day with multi-day packages offering the best value. More info can be found here.

“The rally was founded on racing. The Buffalo Chip’s Moto Stampede pairs multiple days and types of races with the rally’s biggest concerts to create a series of events neither the rally nor the world has ever before seen,” said Rod Woodruff, Sturgis Buffalo Chip President. “We intend to shake the ground with excitement and horsepower. That’s why it’s called the Moto Stampede! 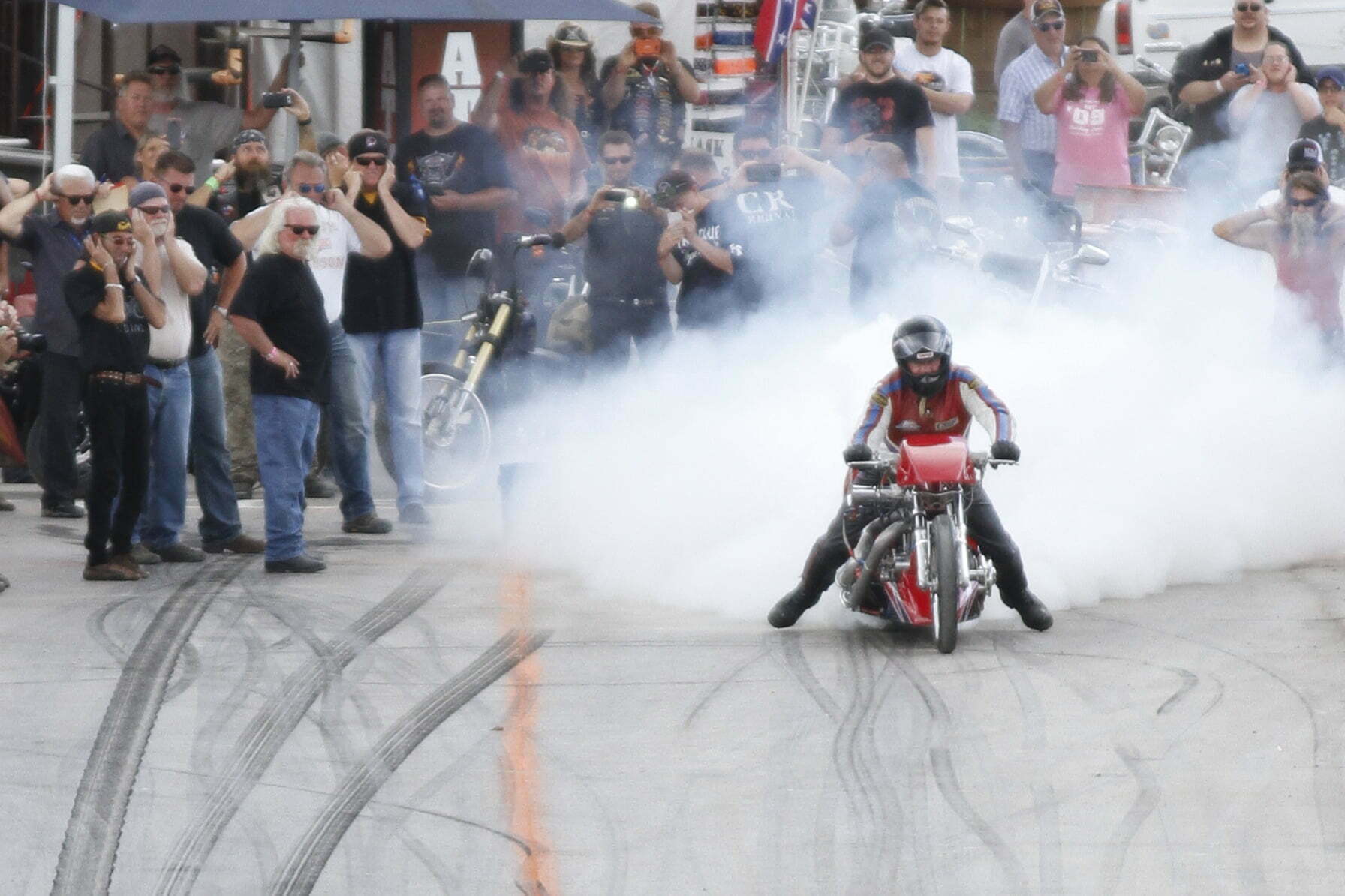 Off-road racers in UTV, Ultra Four Car and Truck Super Mod Trail classes will tear up the award-winning track at the Buffalo Chip PowerSports Complex on Friday, Aug. 4 and Saturday, Aug. 5. Entry to the Aug. 4 time trials is free. Championships on Aug. 5 are ticketed separately from campground events and passes are $20. 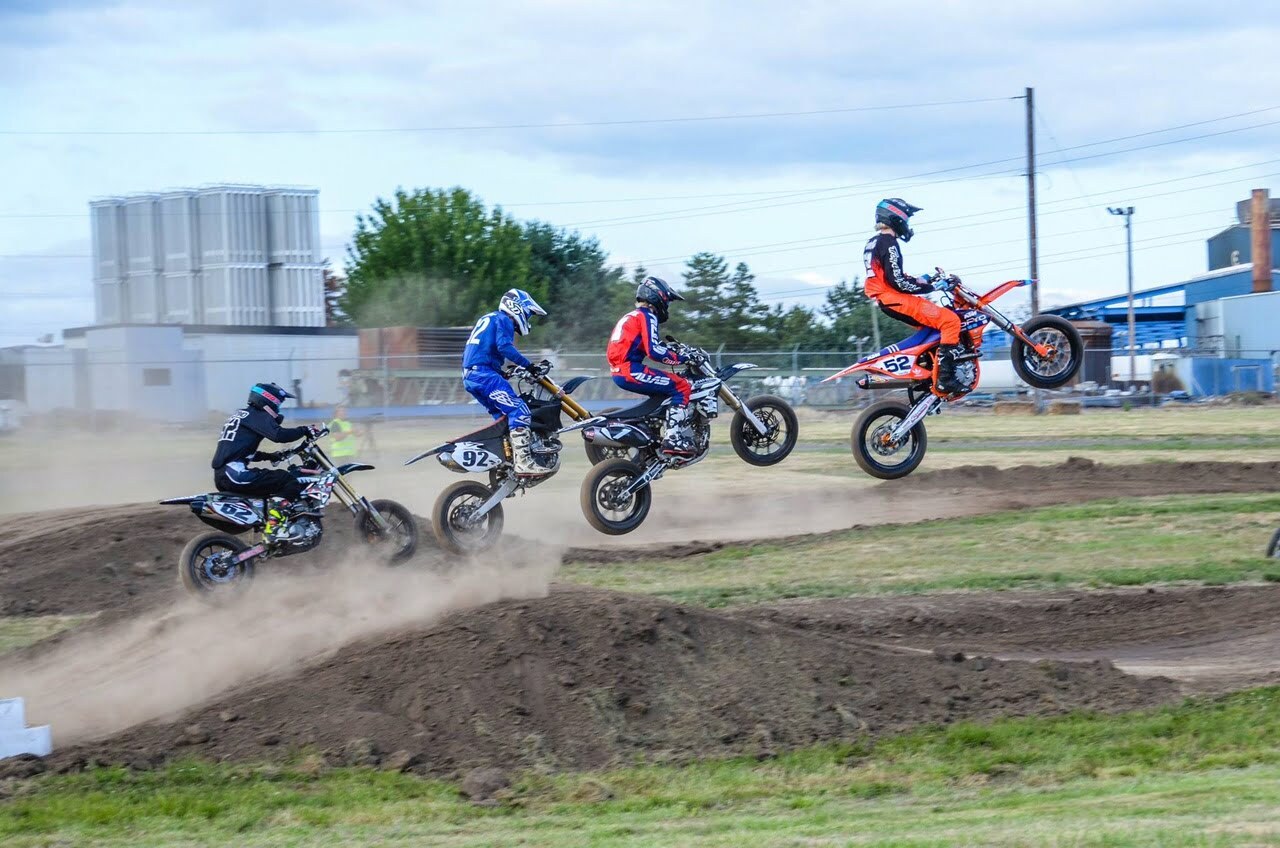 AFT racing action will take place on Sunday, Aug. 6, sending the nation’s top professional racing athletes through the new Buffalo Chip TT track that winds through the center of the venue’s famous amphitheater. Indian Wrecking Crew revives the long-held rivalry with Harley-Davisdon’s Factory Crew in a battle fans are referring to as “The Hundred Years War.” Shinedown will perform on the Wolfman Jack Stage immediately following the races.

Crazy John Markwald will be back to pit even more of his friends in head-to-head hat drop street races down the middle of the Buffalo Chip amphitheater on Wednesday, Aug. 9 during the Buffalo Chip Street Drag Invitational with Crazy John. 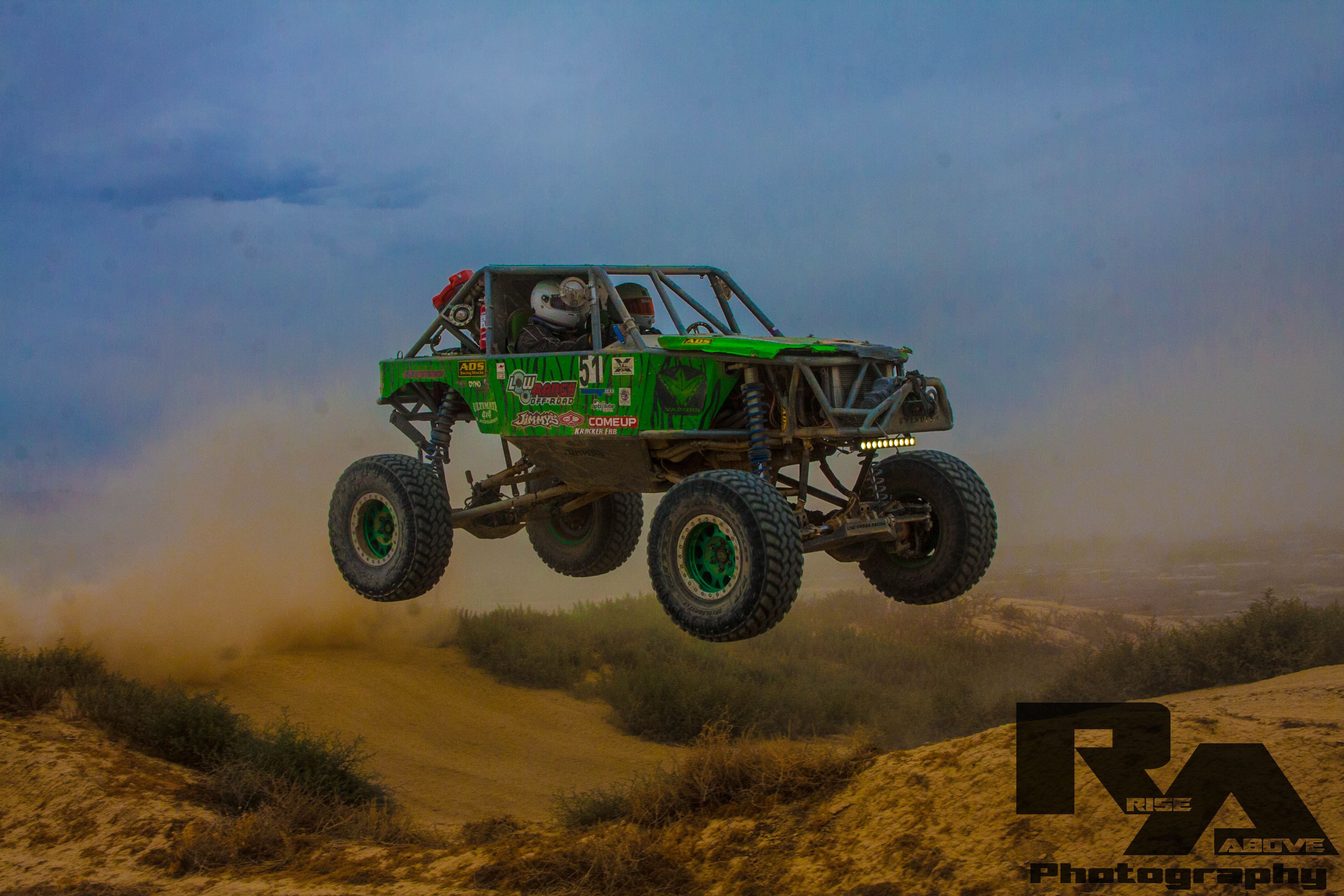 Immediately following the street drags Roland Sands and his crew will go handlebar to handlebar in the RSD Super Hooligan races presented by Indian Motorcycle. Passes include the performance by Ozzy Osbourne along with other headliners on the main stage that evening.

This high-energy race hybrid will bring Sturgis Buffalo Chip campers face to face with the ultimate “through-the-streets” style racing on Friday, Aug. 11 and Saturday, Aug. 12 as racers fly around a one-of-a-kind Supermoto track that cuts through both the amphitheater and the streets in the surrounding campground. The top racing talent in the country including reigning and 3x National Champion, Gage McAllister and #2 and #3 ranked racers will attend. Alter Bridge will perform after the AMA Supermoto races along with other headlining bands yet to be announced. 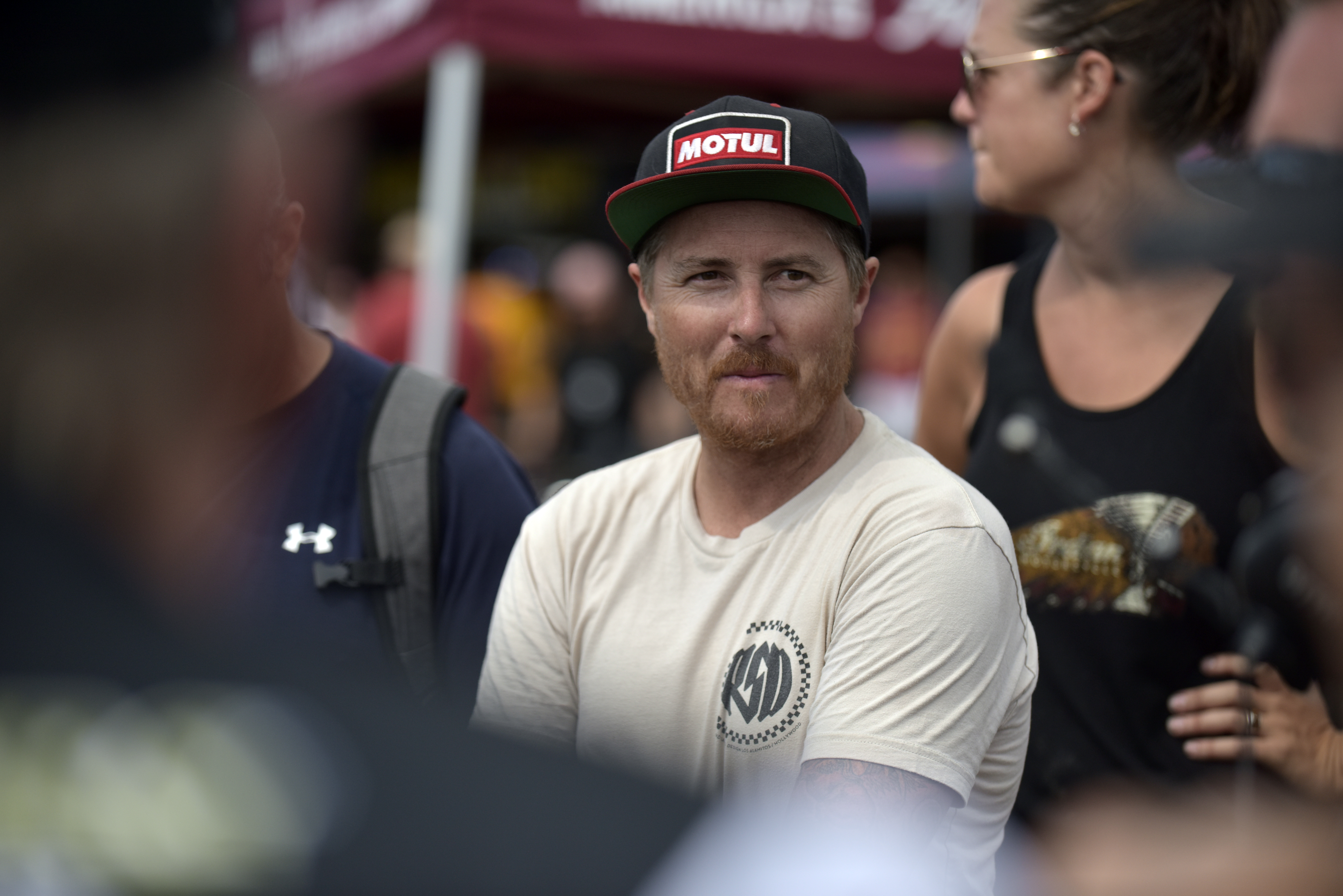 If it says, “Super Hooligan,” it’s a safe bet Roland Sands will show up. 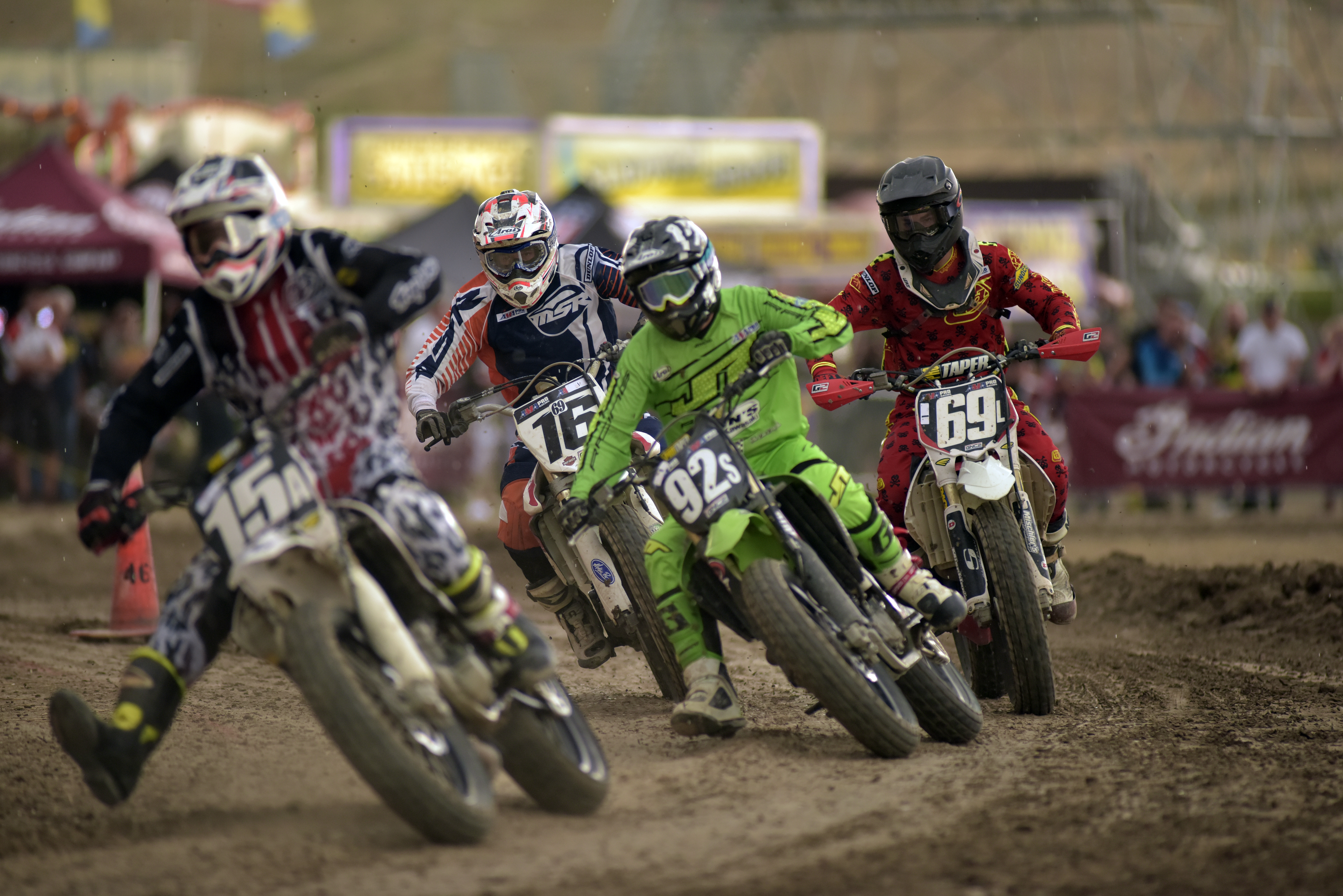 More information and passes are available at BuffaloChip.com.

I run a small shop out of my backyard. I do repairs for people in the Casa Grande area. Attached […]