Today’s Motorcycle Scene | If It Ain’t New, It Ain’t Hot 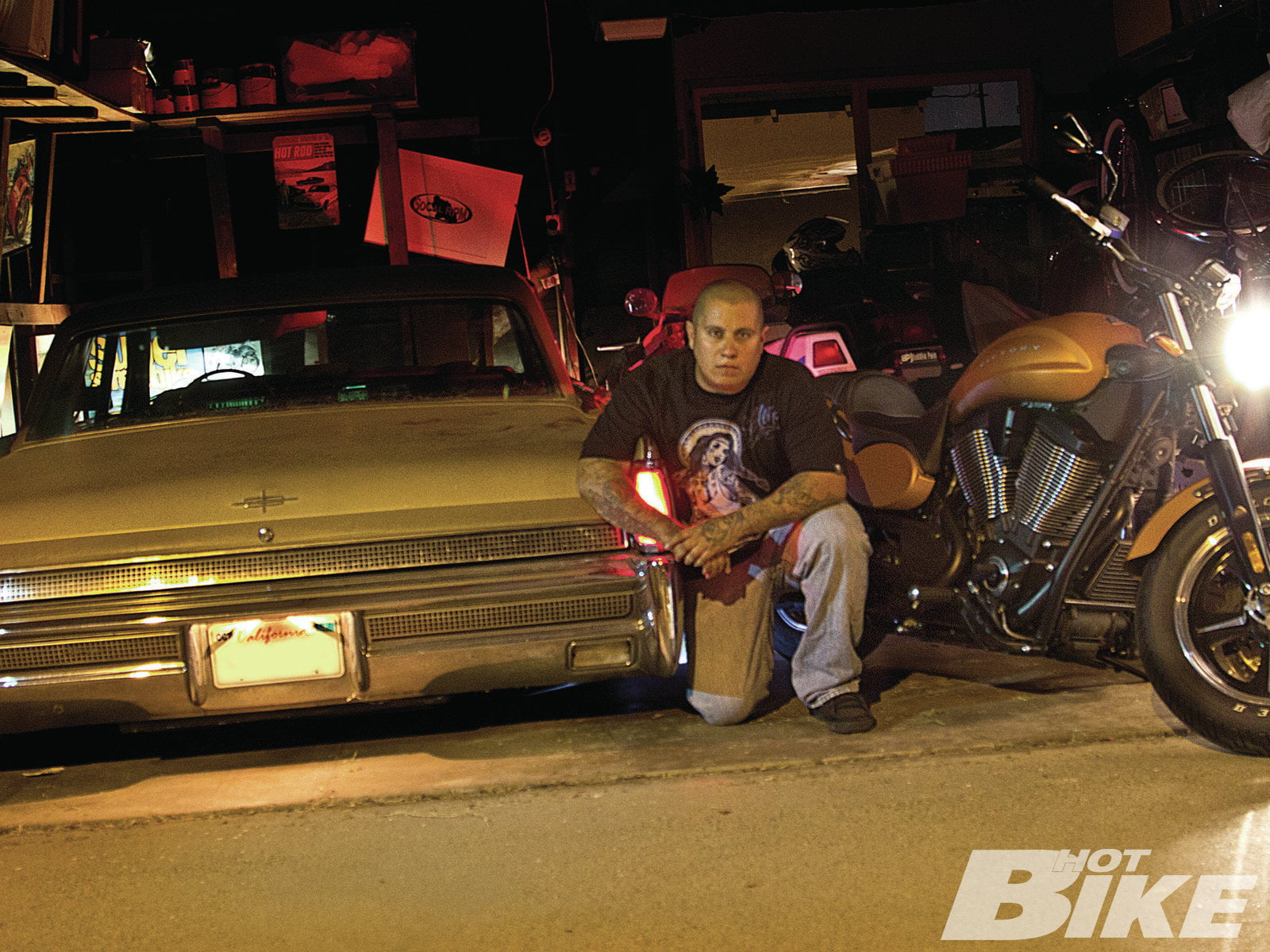 I had an interesting conversation with our cover bike builder Caleb Owens. While we were waiting on the model to put on less clothing, we were discussing how the custom motorcycle scene has changed so much as of late. It seems like only a few years ago, if a bike didn’t have a theme to it, it just wasn’t considered cool. During that time Caleb was busy building old bikes with some of his friends. He explained to me back then you really didn’t see that many old bikes and when you did, there was an instant bond. From that bond of a few like-minded builders grew group rides. From those group rides came small shows. Those small shows have morphed into full-blown rallies like Born-Free 4 with more than 15,000 attendees. In just a few short years, what was once considered low-class budget builds by grease monkeys had taken off to world-class builders creating bikes for just one event.

The same evolution could be said for the mini-bike scene. I used to be all into modifying 50cc mini-bikes. Yes those same ones that are made for your three-year old. What started as a few guys jumping their kids’ bikes on a drunken dare grew as people began to make small tracks in their backyards. From there the scene grew out of control until its peak with ex-Super Cross champions racing on specially built machines costing tens of thousands of dollars. The bikes had morphed from binge drinking bets on who can jump the farthest to miniature factory-prepped race machines built compact by design with full-size bike suspension.

It’s only when look back can you stop and say WTF? What just happened? How did something so fun and so different get out of control? Where did all the fun go?

Today that same underground uprising is unraveling before our eyes. What’s new looks old and what’s old is hot. Oh sure, the race for the big-wheel baggers is going strong and you can never push too much power out of a putter. But it seems what’s greasy is gold and again raw talent is surpassing what can be bought from the shelves.

It kind of makes you want to stop and look around at what’s NOT hot at the moment. Who are the butt of the jokes and which bikes are being labeled lame … right now. Out there somewhere is a bunch of “kids” that don’t know shit about how bikes should be built, making their bikes their way. They aren’t following the preset rules or looking to the big names in the industry for design ideas. The next time you see some “young punk” doing it all wrong, stop and try to understand his point of view, if just for one second. You never know. One single non-judgmental word of encouragement might be the fuel to spark his fire. Then one day when it’s his time in the spotlight, hopefully he will step down off the stage and say thank you. Tomorrow’s trends are being formed today and no matter how hard you try, you too will one day be the dad at the disco. Until then, as long as it’s got two-wheels and a motor and it’s cool to you, I salute you.

H-D’s Electronic Control Module (ECM) is located either under the seat or behind the chassis side panel. Look-up tables, also […]

Makes packing and unpacking a breeze Jeff Allen Buy I always overpack when I travel. Half the stuff I bring […]