Like a chameleon, the FXR looks black in the shade but seems to change into a root-beer color in the light. 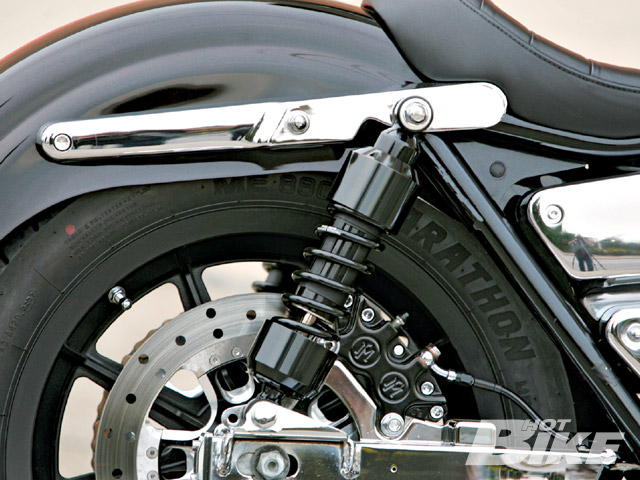 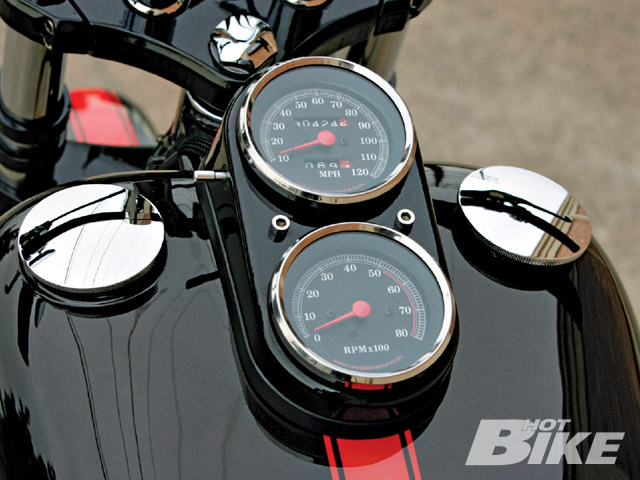 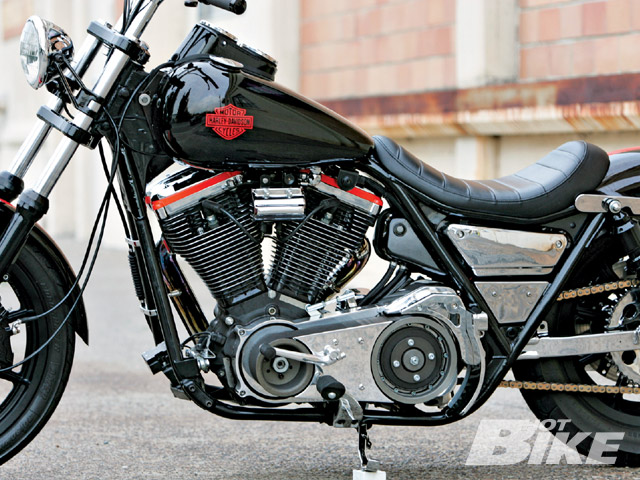 Like a chameleon, the FXR looks black in the shade but seems to change into a root-beer color in the light.

A variety of factors make a used motorcycle appealing to people, but it’s not often that the bike’s back-story is what wins the sale. The opposite was true with the once bone stock ’91 FXR before you built by Freedom Cycles in Orange, California. It wasn’t the bike’s fair price that necessarily earned it a sold tag for its owner-it was the model and its story.

For the family-owned and operated business, a firm hand shake and good service the first time around prompts many repeat customers who become both friends and part of the Freedom Cycles family. The previous owner of the FXR was no exception, having been a great customer since the shop opened in 2002 until he unfortunately passed away. “He was a great friend and loyal customer to us since day one,” said Devon, owner of Freedom Cycles. “His wife put the FXR on consignment at our shop,” Devon added. “Otherwise, that FXR was a gem to the original owner that he would have never gotten ride of.”

While the FXR was at Freedom Cycles, another long-time customer, Tim H., had walked into the shop to pick up some parts and saw the bike. “I remember Tim asking me about the bike and we got to talking,” Devon recalled. “Then Tim went out to his car, grabbed his check book, and bought the FXR right then and there,” Devon said. Since the bike was bone stock, Tim wanted to enhance its look and have something similar to the old race-style FXRs. Otherwise, Devon and his crew had free reign over its design.

The Freedom team got started by tearing the FXR down to the frame but left the stock dimensions. They built a 95ci Evo motor with mostly Screamin’ Eagle components and secured the powerplant between the framerails with spent gases handled by a Vance and Hines 2-into-1 exhaust. After lowering the stock frontend an inch, Freedom added 11-inch Progressive shocks in the rear to give the bike a lower stance. To get the FXR to stop on a dime, Freedom installed Performance Machine 4-piston calipers and the company’s Contrast Cut Judge rotors. After modifying the rear fender and mounts, Freedom installed a set of 1-inch drag handlebars and a headlight with track-style mounts that bolt the headlight to the upper fork tubes for a race-style look and had Bitchin’ Rich make a seat to complete the theme.

When it came time for paint, the team at Freedom knew they didn’t want a black bike, but they wanted an interesting spin off of the color. After adding orange pearl to black, they ended up with a root-beer color bike when it’s in the daylight. “We wanted the bike to have a unique paintjob and have that questioning effect to the naked eye,” Devon said.

When the FXR was finished, the Freedom team had grown so close to the bike that it seemed they had a bit of separation anxiety letting it go. But when Tim came to pick the bike up, he was so thrilled that it put the guys more at ease. “I don’t think Tim will ever get rid of it,” Devon said. What’s important to Freedom is that the FXR had become adored by another person.

The late ’50s and early ’60s were some of the greatest times in American engineering. It seems like anything built […]