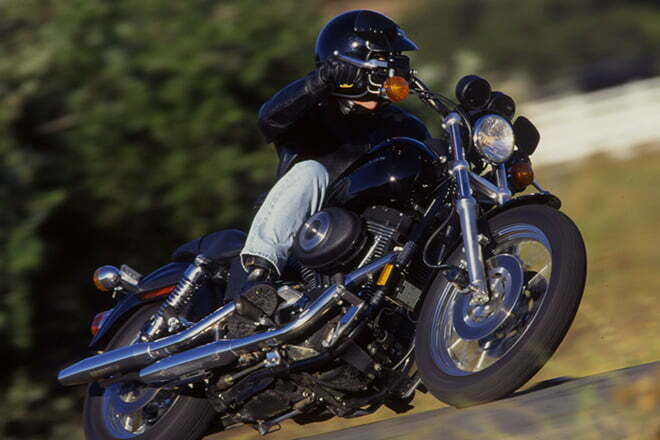 You don’t normally think of a Big Twin as much of a corner-carver; but with its combination of Convertible chassis and Twin Cam 88 power, the FXDX Dyna Sport is a barrel of fun on a serpentine road.

This article was originally published in the December-January 1999 issue of Cycle World’s Big Twin magazine.

Steal just a quick glance of a ’99 FXDX Super Glide Sport, and you might miss the good stuff. Concealed under slath­erings of flat-black paint, its Twin Cam 88 engine looks much like an Evo. The distinctive timing cover fails to stand out without a polished finish, and the big cylinder fins are diminished by the darkness. It could be just another Dyna.

Turn the key and ride off, though, and you’ll definitely know that you have entered a new world of Harley-Davidsons. The Sport pulls hard and smoothly from down low, getting no­ticeably stronger around 3500 rpm. It keeps pulling past 5000 rpm—where a stock Evos have long since begun wheezing—and keeps on going to the 5500-rpm redline and beyond. From the rumbles and shakes, you know you’re riding a Big Twin, but every moment on board tells you it’s not an Evo. The light-flywheeled Twin Cam has a revvy eagerness that is lacking in a stock Evo, and all its 88 cubic inches respond now when you twist the throttle open. At the same time, it really is mechanically quieter, with noticeably less clatter from its top end, all while running a little smoother than an Evo. Harley’s engineers deserve a cigar or six for this performance. 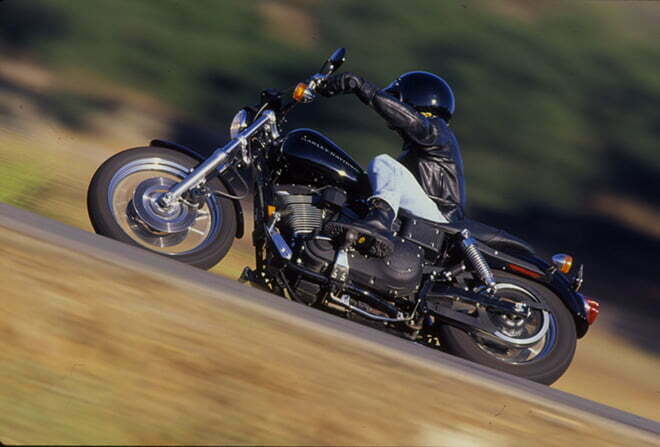 Harley’s engineers deserve a cigar for this performance.

Almost as importantly, the Twin Cam engine has given the Dyna line something beyond improved ac­cel­eration, a higher degree of refinement and better roll-ons: a new direction. According to Al Wagner, Dyna Platform Manager, the FXDX is “taking the Dyna design into a sportier Big Twin.” Both Wagner and Motor Company Design Chief Louie Netz insist that Harley need­ed, in Netz’s words, “a model that would showcase the Twin Cam. The other models that the new engine came in weren’t changed cosmetically. We needed to showcase the motor someplace. And to match the engine performance, it had to be a sport/handling package.”

That matched perfectly with Wag­ner’s own desire to take at least part of the Dyna lineup down a sportier path. Harley’s market researchers—not to mention the company’s European distributors—were telling him that people were eager for a stronger-performing, better-handling Big Twin. The con­tinuing strength of the FXR chassis among custom builders was reinforcing that message, as was the continuing trend for big-bore customs using forks and brakes that could have come from the VR1000 Superbike.

Twin Cam 88 gives the Sport considerable punch in stock form. But engine performance can be significantly upgraded with a factory Stage 1 kit that won’t even void the warranty if installed by a Harley dealer.

So, Twin Cam engine married Dyna chas­sis at an opportune time. But the decision to proceed with the sportier version was made late, in the autumn of 1997, less than a year from production. That meant the ’99 FXDX could only be the first step toward a more hot-rod production Big Twin, not the final statement.

Fortunately, The Motor Company had a good place to start in the Dyna Convertible. That bike had long ago been given longer-travel suspension that made it the best-riding Big Twin, as well as the one that—because of its chassis height—could lean over farthest in a corner before hard parts be­gan dragging. It also had the sportiest Dyna frame, the one with a 28-degree steering-head angle to provide sharp, easy steering. And it was fitted with powerful, twin-disc front brakes in the bargain. Essentially, the Convertible contributed its chassis and suspension to the Dyna Sport.

But the Sport got a new look, more contemporary and less fussy than that of the Convertible. The engine was blacked-out almost entirely, save for polished fin ends and a few bright spots of chrome. Black wrinkle paint also darkened the rear fender stays and air-cleaner housing. Fenders and gas tank were given a simple, monochromatic finish, either the black seen here, or an elegant pearl silver, or a competition-like orange. Instead of a com­pli­cated, nostalgic tank logo, the Sport only wears “Harley-Davidson” in simple type down the sides of its tank. 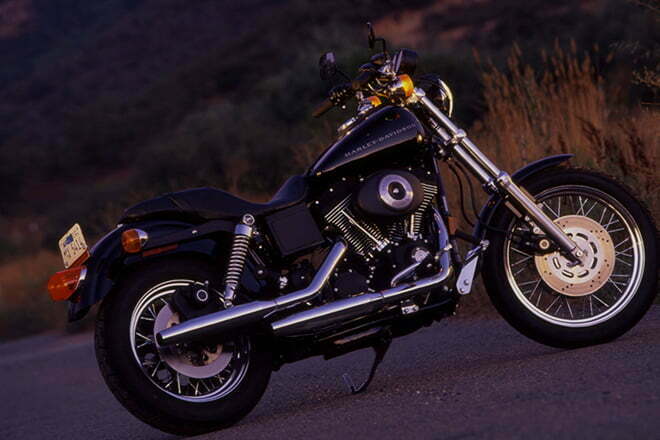 The Twin Cam met the Dyna at an opportune time.

Much like the Night Train Softail, the Sport gets a seat that emphasizes a streamlined appearance over passenger comfort. Fortunately, the passenger accommodations on the FXDX aren’t as sparse as those on the Night Train, with the rear of the seat wider and less crowned. The highly scalloped and far wider seat intended for the rider is more like it, and will keep your butt content through a tank of gas or two. When asked about the passenger seating, Netz says, “Our best selling accessory seats—at least for some models—are the least comfortable. That tells you a lot about priorities.”

But perhaps the most significant dif­ference between the Sport and any other Dyna is its handlebar. According to Wagner, surveys conducted by Harley indicated that “buckhorns are out,” with that result supported by 80 out of 100 riders. Instead, the company reached deep into the parts bin and gave the Sport a bar identical in bend to that of the 1983 XR1000—though executed in black stainless rather than the carbon steel of the original. Similar to dirt-track bends, the 32-inch-wide handlebar stretches out and curves back gradually, placing you on the bike in a very slight rearward lean, your arms out naturally in front of you, elbows bent. It’s very much like the control-oriented riding position found on most dirtbikes. Compared either to drag bars on risers or buckhorns, the XR-style bar gives you more steering lever­age that makes the Sport seem lighter and more maneuverable.

Overall, then, the quick-responding, hard-accelerating Twin Cam en­gine and the in-control riding position make the FXDX Sport feel, well, sport­ier. It’s a combination that makes you want to rev it through the gears, to toss it into a corner, and to brake harder and later than you might on any other Big Twin. 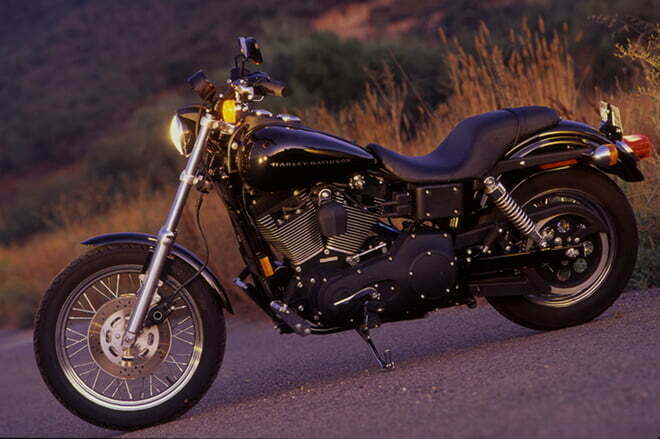 But it’s not as though you’re sacrificing anything for that feeling, other than maybe a marginally greater seat height. The long-travel shocks in the rear ride over even substantial bumps without the harshness that comes with bottoming, and the riding position is comfortable over miles and miles of freeway travel. Yes, the shocks could use a little more damping, especially if you ride the FXDX hard enough to leave footpeg and exhaust-pipe dust on the asphalt; and the pulled-in steering head doesn’t cause the bike to lock in on straight-ahead the way a dowser’s stick goes toward water. On the other hand, the 28-degree head angle re­duces the effort required to lean the Sport over, and it eliminates the low-speed, falling-in sensation shared by most machines that have substantially greater rake and trail. Plus, the brakes are very powerful, but easily controllable. The Sport is simply a Big Twin that does about everything well.

In some parts of the country guys get to ride year round. Lucky them. For many of us though when […]

Airbrushed face based on the owner’s wife. Beautiful old iron everywhere. Donnie Smith, the man behind the show, with Dave […]