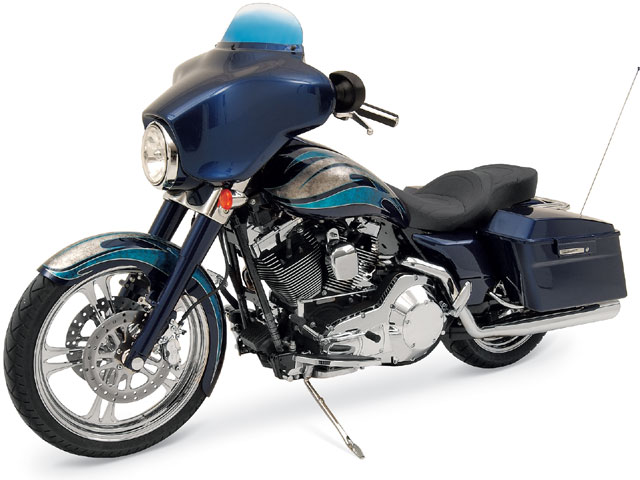 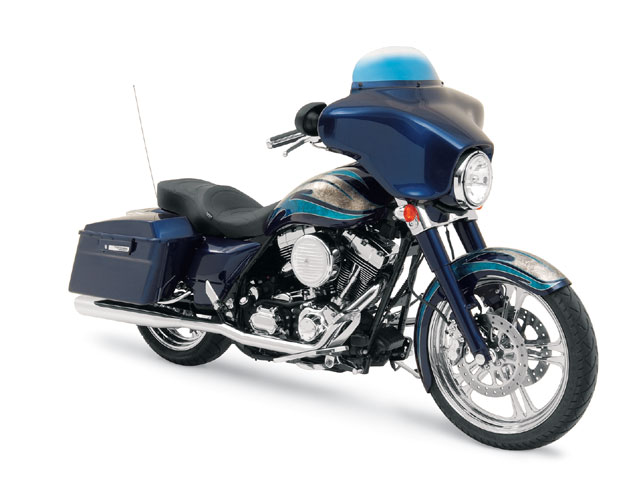 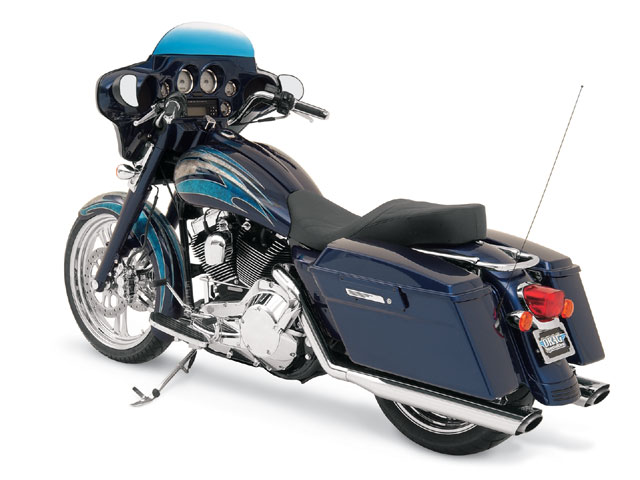 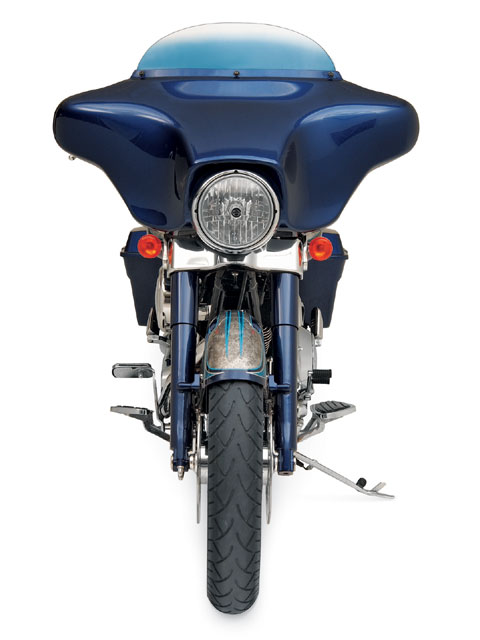 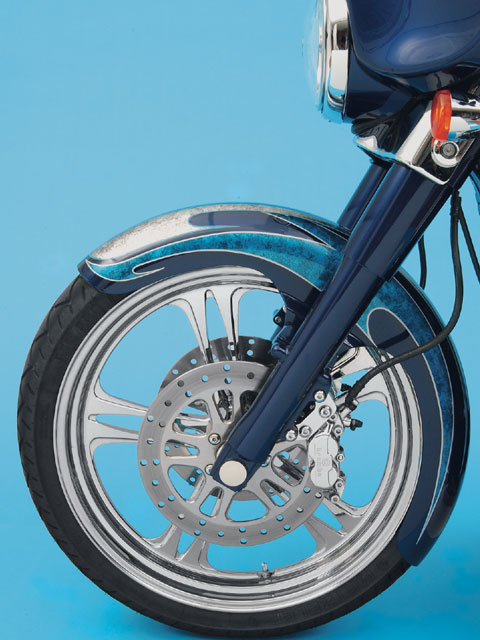 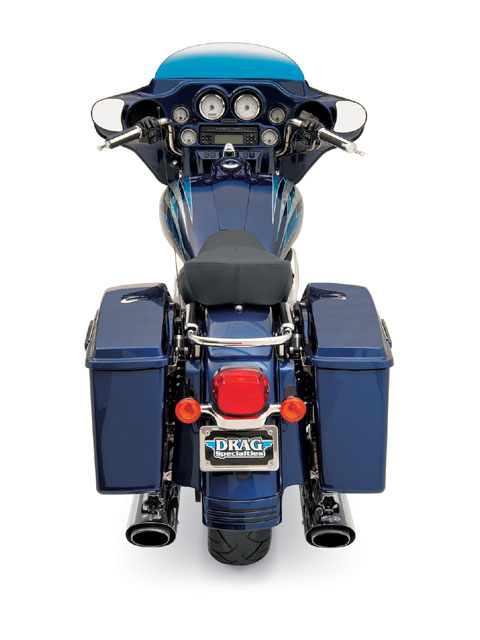 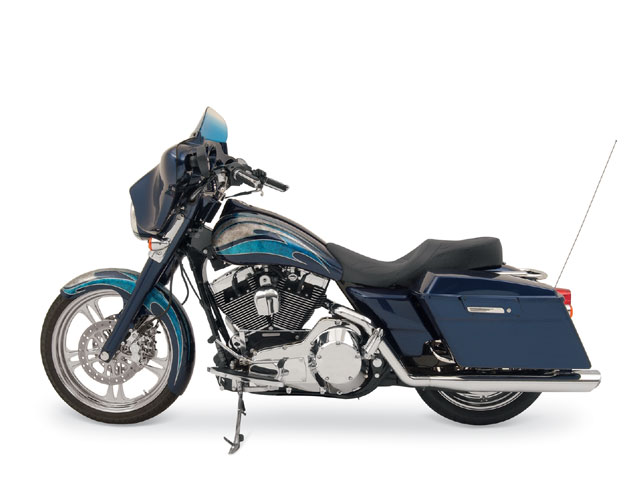 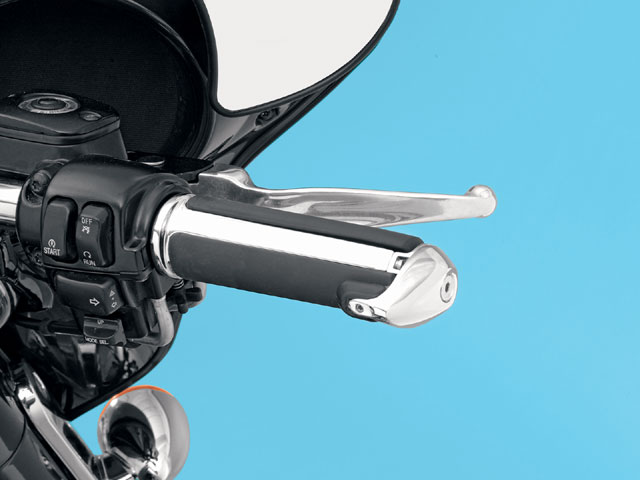 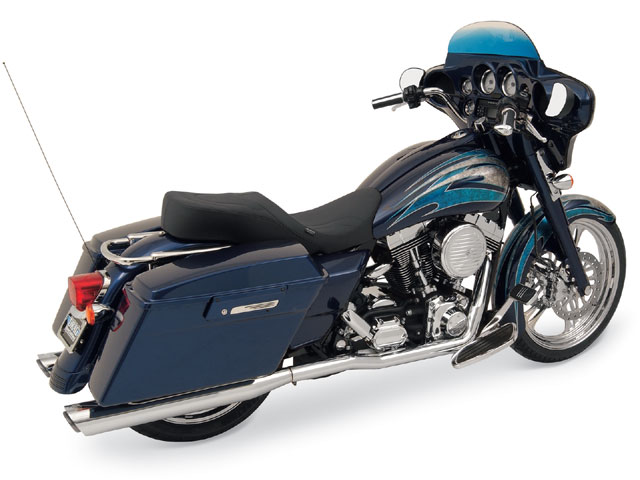 So what would you do if you were the vice president of sales for one of the largest aftermarket accessory companies in the V-Twin industry? If you’re like Drag Specialties’ (DS) Greg Blackwell, you go out and buy a new Harley-Davidson, and let your dreams, imagination, and the DS Fatbook do the rest. Just about anything you could want for your Harley can be found within the 3-inch-thick book of parts and accessories.

As with many people who buy a new bike, Greg wanted to personalize it beyond what the Factory shipped out. Even though the ’06 FLHX Street Glide comes pretty loaded with accessories from H-D’s own P&A; catalog, he wanted to change up a few things to his liking. One of the first items to address was the powerplant. In stock form, the 88-inch Twin Cam motor was a bit anemic for the big touring motorcycle, so a big-bore 95-inch H-D setup was installed on top of the cases. Extra power was massaged out of the mill by porting the heads and adding in heavy-duty valvesprings and new valves.

A set of S&S; 585 gear-driven cams replaced the stockers, along with adjustable pushrods and covers. In place of the OEM EFI induction, a Mikuni 42mm carb was bolted in place that breathes through an Arlen Ness Big Sucker air cleaner. To complement the increased intake, the headers and pipes were changed out to Vance & Hines Dresser Duals with oval mufflers. The trans and primary remain stock, as well as the clutch.

Greg’s goal was bulletproof performance for the long days he spends in the saddle. After a recent trip to the mountains of Colorado, he noted how well the bike handled the varied and challenging riding conditions of the Rockies. Helping that goal were the Progressive 440 shocks he added to the rear. Combined with the H-D frontend, the bike offers good ground clearance and comfort, even during the many 800-mile days he put on the scoot.

Although the change in rim sizes from the stock 16-inch front and rear to 21 and 18, respectively, changed some of the handling characteristics, Greg likes how well-mannered the bike is, even during slow-speed maneuvering. Helping high-speed riding was the addition of Brembo calipers clamping PM Villain rotors that match the wheels.

Personalization of a bike comes in many flavors. Greg decided that changing out the front sheetmetal would be one of his first priorities. He chose a 3-inch stretched gas tank from Russ Wernimont combined with a DS pop-up gas cap. The stock front fender was pitched in favor of a 5-1/2-inch Rambler fender (also from Wernimont) that was attached to the fork legs with a Chopper Guys fender adapter. For now, the rear fender remains stock. Gunslinger Custom Paint shot the paint, adding silver marble graphics to help set the bike apart in a crowd. A few extra items were chosen from the Fatbook, including the Cobra floorboards, DS board mounts, Pro-One license-plate frame, and a DS low-profile seat.

As often happens, when riding season bloomed Greg ran out of time to do more work on his transformed FLHX. He just wanted to ride all the time once the harsh Midwestern winter subsided. He has plans to do more to his bike, probably starting with a light bar, rear fender, a new clutch, and an ignition. One of the best parts of owning an H-D is the canvas to create what you like. Just like Greg, we all share a common bond-the appreciation of and passion for motorcycles.

Here is the lowly 19-inch front wheel for our FXE in need of some growth. Words and Photos: Jeff Leighton […]