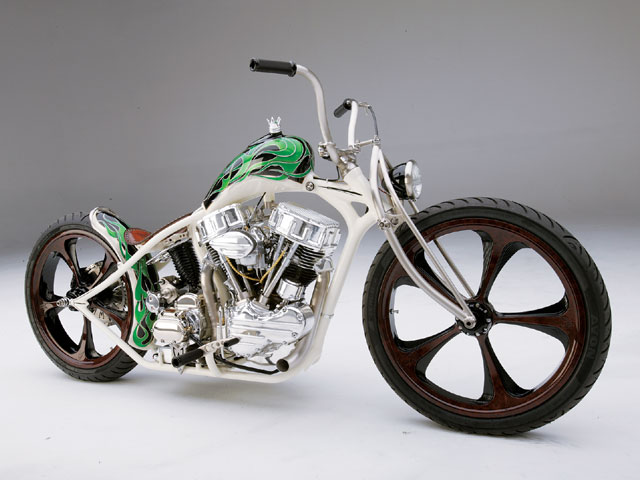 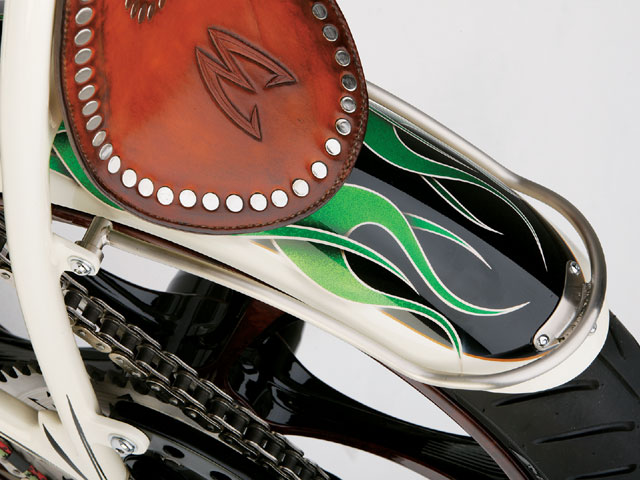 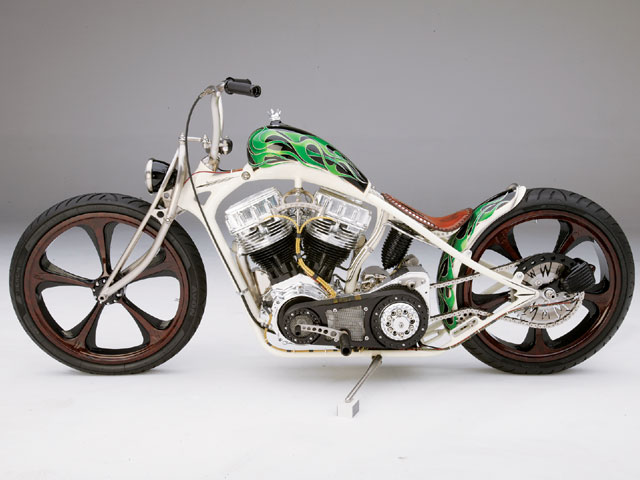 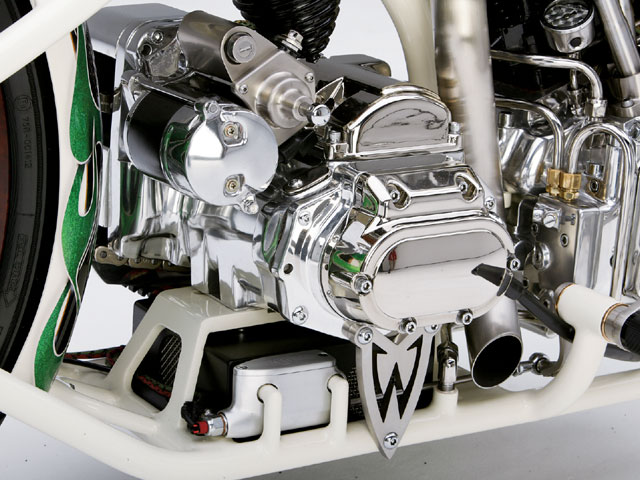 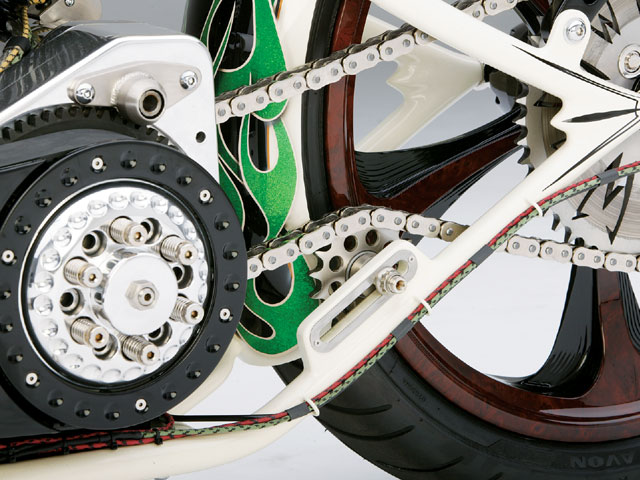 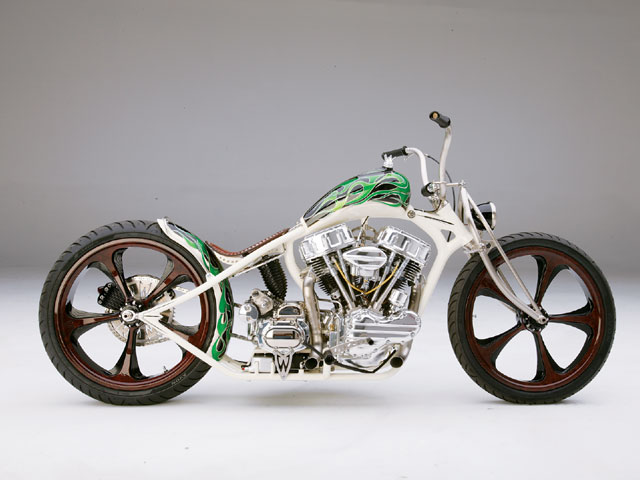 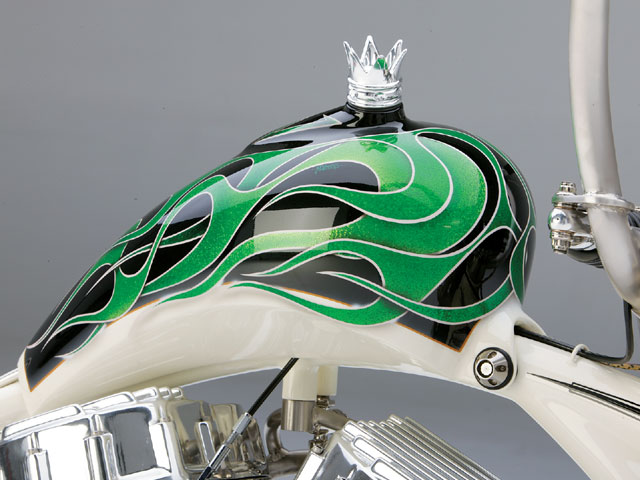 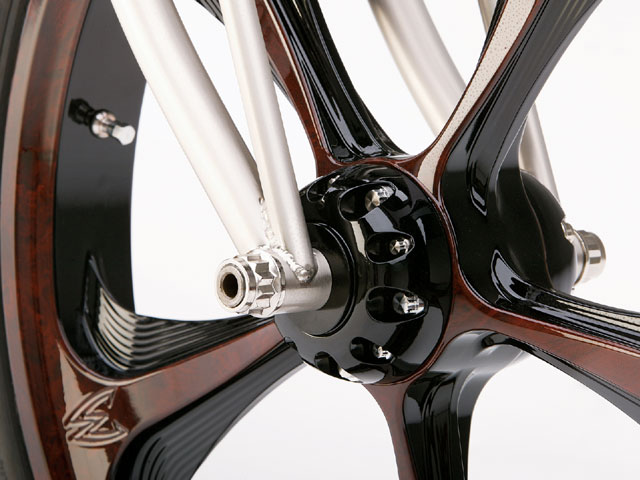 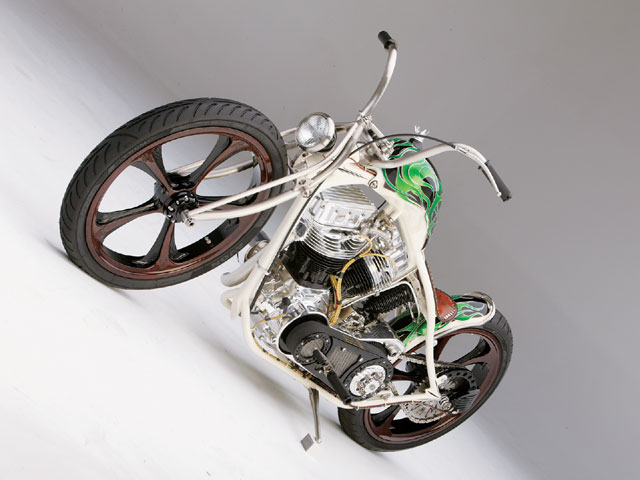 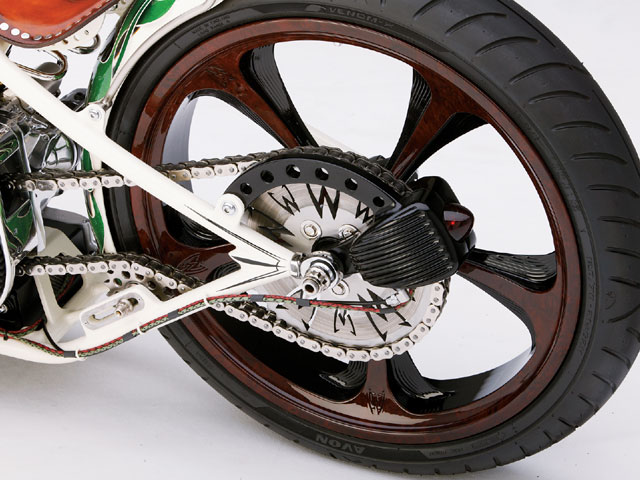 When Greg Westbury got the call to participate in the prestigious Artistry in Iron Master Builders’ Show, he knew he’d have to pull out all the stops in order to compete. The owner of Westbury Handcrafted Motorcycles (WHM) of Concord, CA, knew that Roger Goldammer had won top honors two years in a row at the Las Vegas show. It’s a huge honor to be included, but winning the Artistry event is the pinnacle of success, as the only judges are other world-class builders. Twenty-five bike builders from all over the globe participated in the contest in which the master builders themselves decided who was the best. This invitation-only event featured not only the biggest names in the industry, but also the newer, lesser-known guys who are pushing the custom bike envelope.

This past fall, in the show that ran concurrently with Las Vegas Bikefest (www.lasvegasbikefest.com), Greg’s bike, “Lucky,” was chosen by his peers to be the best of the best. We caught up with Greg after the victory and asked him about Lucky.

He said his biggest inspiration was doing exactly the opposite of what many in the business were doing. The rest went fat…he went skinny; many went futuristic…he went vintage; crazy pipes were in…he went simple. Basically, he wanted to go against the norm. He also felt that an ode to bikes of the past would lead to a long shelf life, instead of building a modern-looking bike that would seem outdated and pass by next year.

This bike was the first of its kind for Greg, who broke out of his own mold to push his limits. He started with the idea to build a frame with the oil contained within its tubing, with a larger reservoir added into the backbone under the gas tank. In this case, the frame holds 2-1/2 quarts of oil, which course through the frame, motor, and the WHM beehive oil filter that’s prominently displayed under the seat.

Speaking of the seat, Duane Ballard made this one that’s somewhat reminiscent of a horse’s ass. The rigid frame was designed to fit the panhead motor, which Greg got from Custom Chrome and was assembled by Mike Baker with a mixture of performance parts. Greg fashioned the shorty exhaust pipes, making sure they didn’t detract from the beautiful motor. He raised the transmission to gain space for the battery, which rests underneath the five-speed. Tying the motor and the tranny together is a BDL primary that Greg had to heavily modify from the 3-inch unit he bought to the 2-inch one you see here. At the time, BDL didn’t offer the 2-inch.

On the frontend of Lucky, a custom-made fork setup was created, taking the idea from an Indycar suspension. Instead of a vertical spring-type fork mechanism, the up-and-down movement of the fork is transferred to a horizontally mounted bell crank. Compression and damping comes courtesy of a single RockShox mountain-bike shock (with 550-pound spring) that’s attached to the handlebars. Greg used nickel plating, followed by rubbing with a Scotchbrite pad, to get the brushed look on the forks and the rest of the bike. Bolted to the forks is a one-off 21-inch WHM wheel design sans brake. Out back, a wider 21-inch wheel was used, along with a drive-side sprocket/rotor combination that was machined with Westbury’s “W” logo. The only brake on the bike is a custom-made WHM caliper that has an integral taillight built right into it.

While the wheels are clean, what’s equally interesting is their burlwood-grain finish. Greg sourced the woody look from a company that makes dashboards for Lear jets. The process was begun with a sheet of the woodgrain material being placed in a tub of water. Then the wheel was put into the same tub, and the “wood” adhered to the wheel. After it dried, Greg sprayed clearcoat over the wood for shine and protection. He was going for a simple wheel that had lots of contrast-we think he succeeded.

Greg wanted to build or fabricate as much of this bike as possible, including the stylish one-off gas tank and the Big Baller crown gas cap. A cut-down Fat Katz rear fender was the only other piece of sheetmetal and is held on with round metal struts that follow the curve of the fender. A really nice touch was Westbury’s use of cloth-covered wire. Although the wiring is sparse on this build, the wires going to the taillight are nicely visible and secured by welded-in guides on the frame. This, combined with the colors, taillight, and panhead, adds to the vintage feel Greg wanted to create.

Greg’s success and recognition from his friends and peers isn’t slowing down. He just wrapped up a fresh build for the Biker Build-Off television series. Keep on the lookout for the show. We hope that-like us-you’re looking forward to seeing what else this talented builder has up his sleeve of tricks.

Assembly lube—to use, or not to use, that is the question. Well, before I bark at you to do something […]