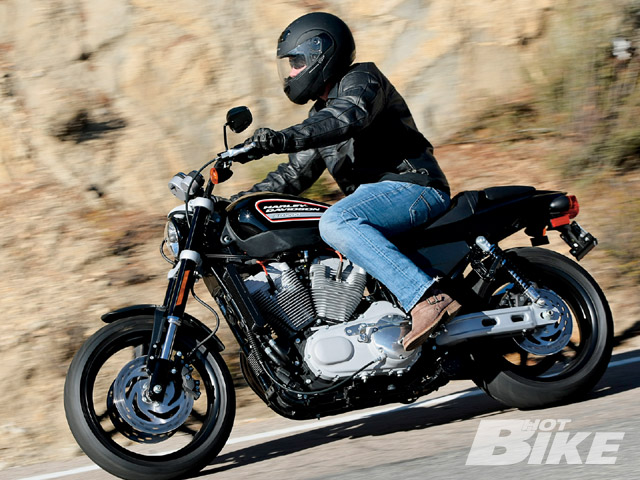 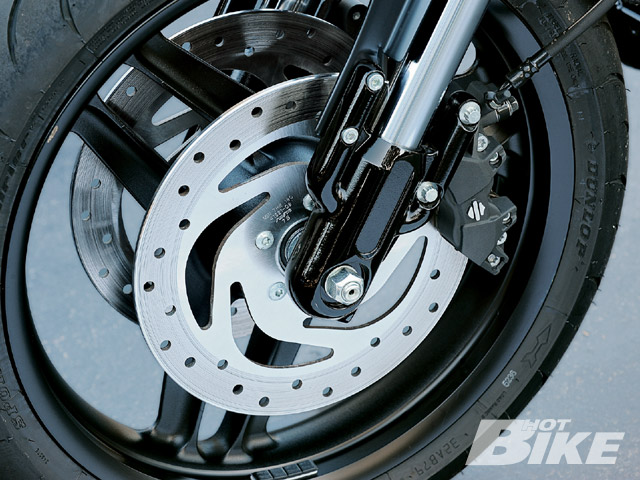 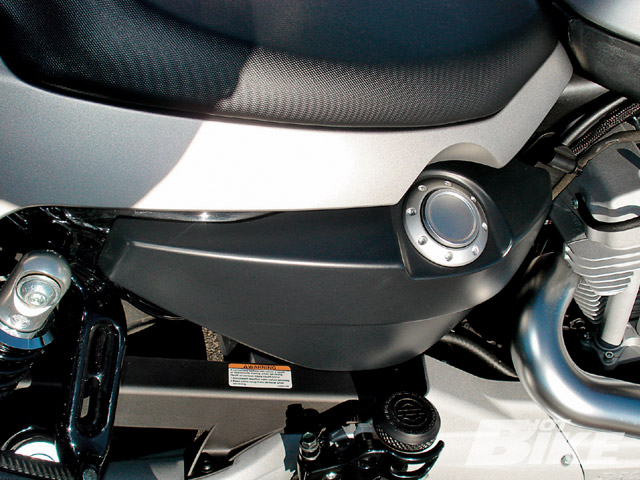 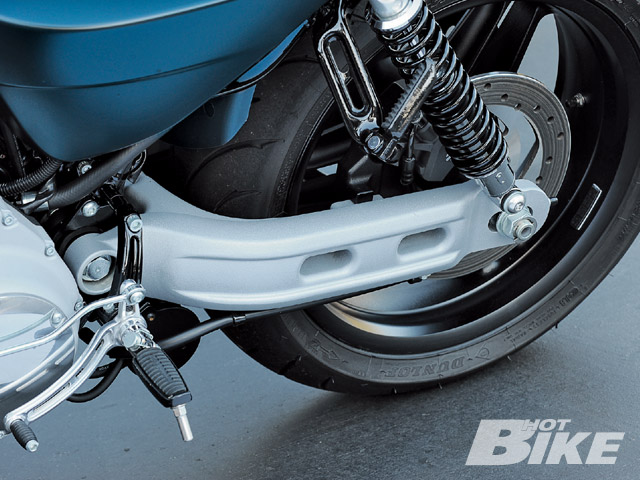 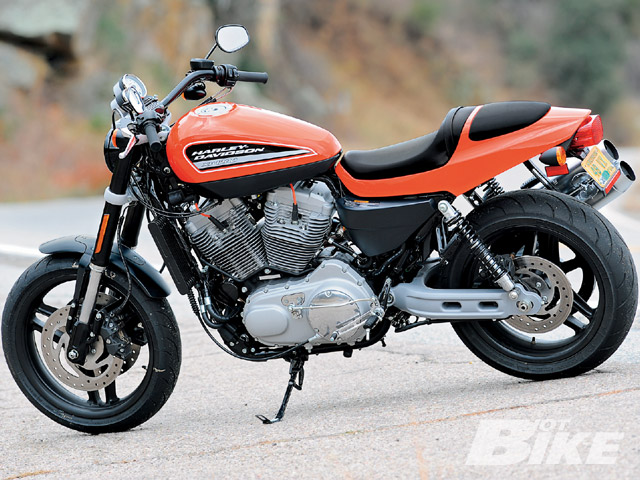 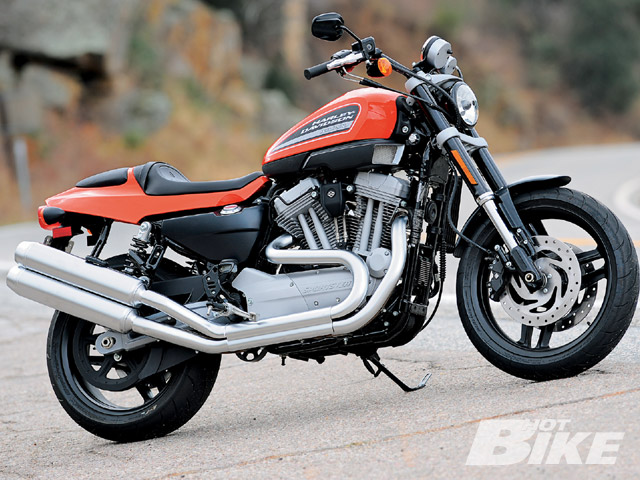 In April of 2008, Harley-Davidson unveiled the XR1200 to the European masses for the first time in the company’s history. When North American consumers and media caught wind of the release across the pond, they scratched their heads and eagerly awaited its arrival on domestic soil. Well, the wait has come to a screeching halt and HOT BIKE was there for the highly anticipated North American launch of the XR1200, which is now available for all markets. More importantly, we put the bike to the test on a quick demo ride to the top of Palomar Mountain in Southern California. The result: HOT BIKE approves!

Known for its hair-pins and switchbacks, Palomar Mountain was an appropriate location for testing the XR1200’s dynamic suspension. The front features a 43mm Showa inverted front fork with 5.12 inches of travel. The rear is accompanied by preload adjustable shocks bolted to a brand new cast aluminum swingarm, which is 40-percent stiffer than a baseline steel swingarm for improved kinematic control according to Harley-Davidson. The Dunlop Qualifier D209 tires were specifically developed for the XR1200 for agile handling with low spin inertia, providing a stable steering response. And with the rear 180mm and front 120mm skins wrapped around the lightweight, three-spoke cast aluminum wheels (18-inch front, 17-inch rear), the Dunlop’s aggressive tread pattern provided plenty of traction. When it came time to pull the front brake lever, the dual Nissin four-piston stoppers grabbed both the 292mm patented uniform expansion discs and helped bring the XR to a quick standstill.

The aggressive riding position can be attributed to the XR’s 29.2-inch seat height, rearset foot controls with a 39-degree lean angle for more cornering clearance, and wide black dirt track style handlebar. It’s a slightly forward riding position that metaphorically represents the company’s forward thinking, combined with simplistic styling of the tried and true results of the iconic XR-750. The MoCo turned to Harley-Davidson dirt track racing legends, Scotty Parker and Rich King, for feedback with the design. Both men’s input played an integral role with developing the finished product. And the finished product is an aggressive sport cruiser with plenty of attitude that’s functional and aesthetically pleasing to the eye. With dirt track styling components like the modernized 3 1/2 gallon fuel tank sitting atop a relocated airbox, and the rear fender section bodywork pay a deserved homage to the racing machines of the past combined with modern day ingenuity.

Bill Davidson, Harley-Davidson Vice President, Core Customer Marketing, was present at the launch and demo ride, and had nothing but positive things to say about the company’s new motorcycle. “The XR1200 is an exciting motorcycle with an aggressive attitude,” said Davidson. “This bike will provide the performance and distinct style demanded by uncompromising riders. In fact, hundreds of XR1200s were ordered by enthusiastic customers before we really even promoted it.” The XR1200 is available in Vivid Black, Mirage Orange Pearl, and Pewter Denim. The starting retail price is $10,799 with multiple model-specific options for upgrading, including windscreens, luggage racks, and multiple bag options. For more information, contact your local Harley-Davidson dealer, or visit, www.harley-davidson.com.

Samson’s all new 4″ Decibel Killer mufflers are the cream of the crop. With the dB Killers you can expect […]