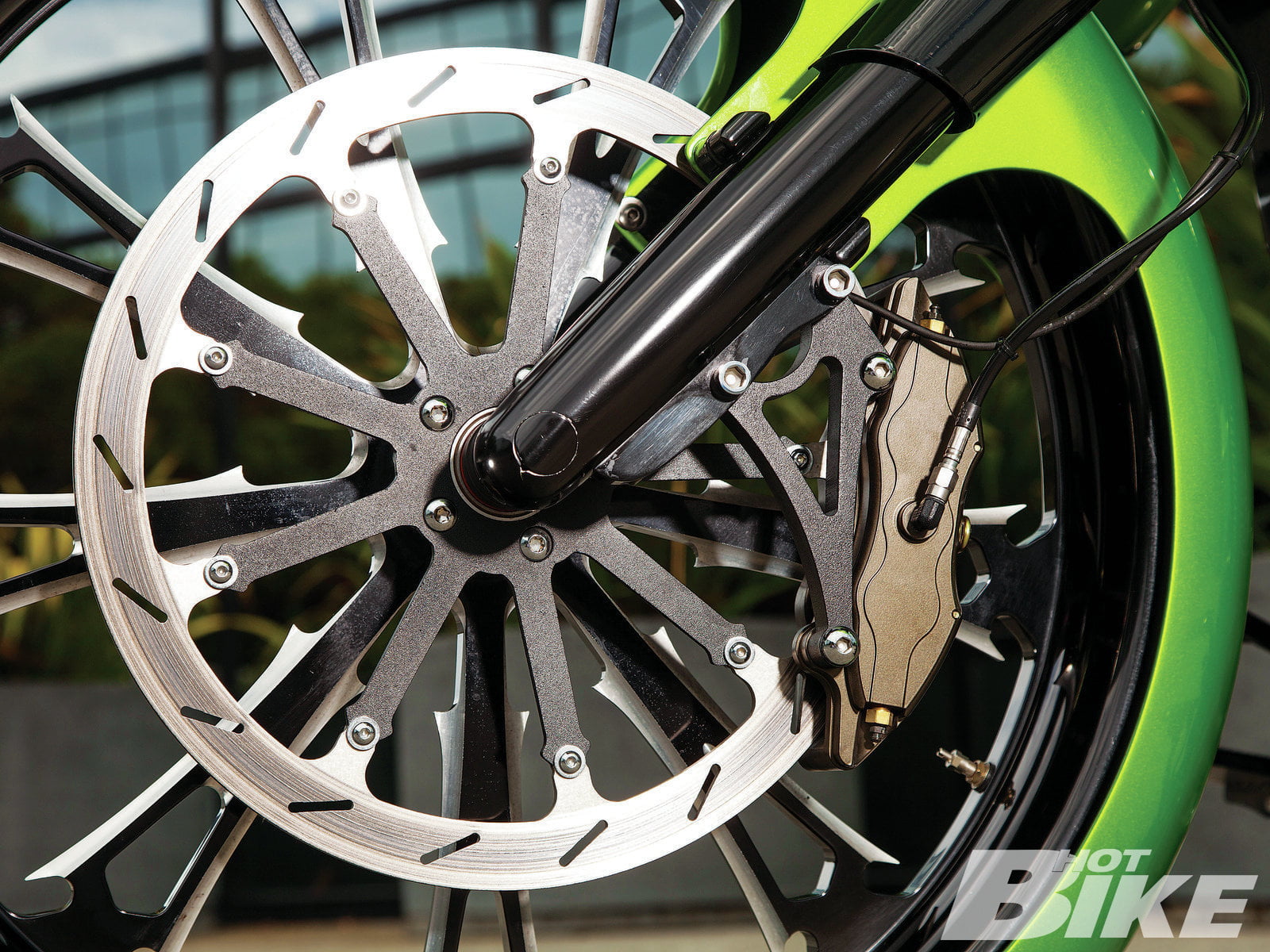 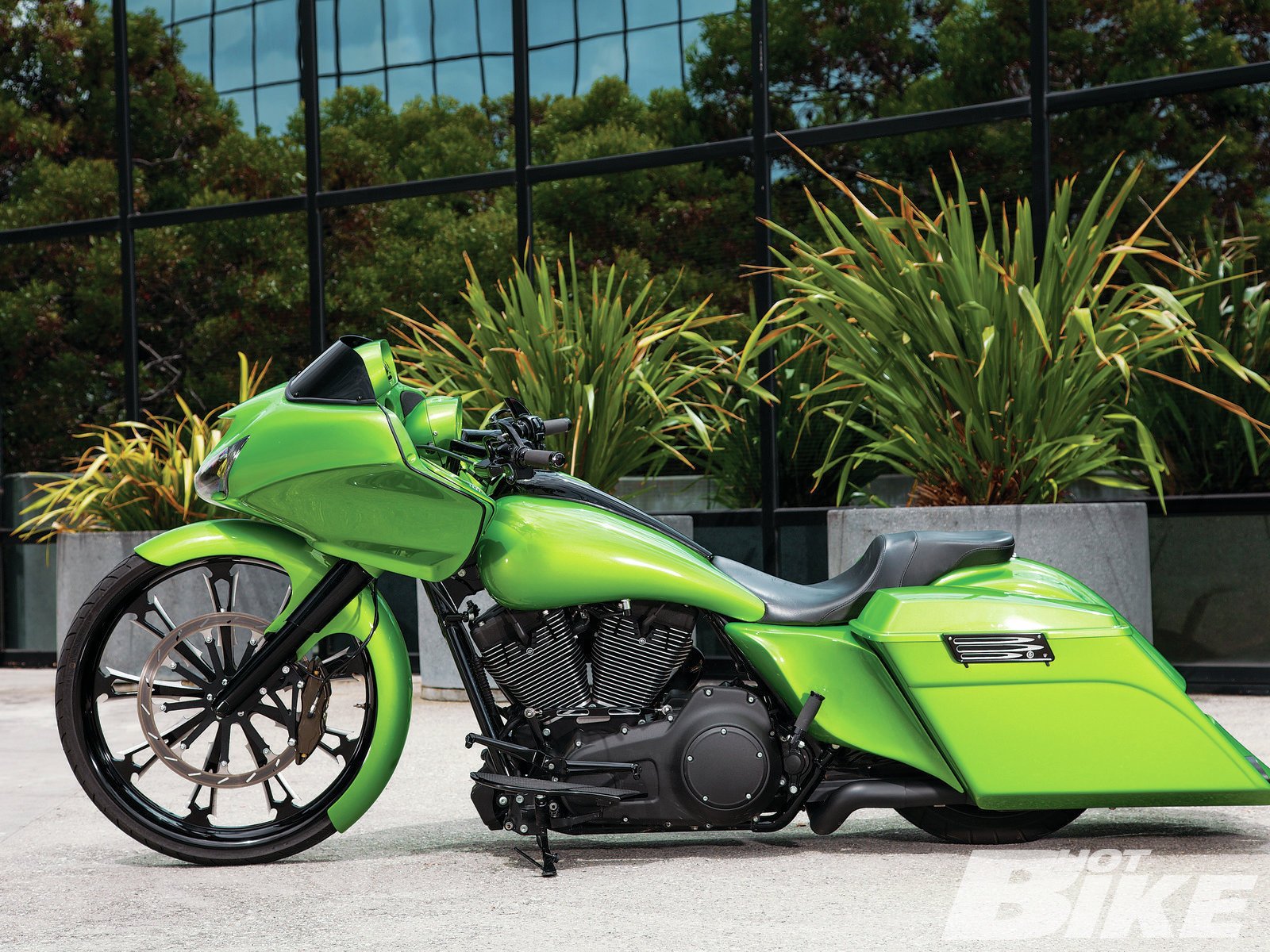 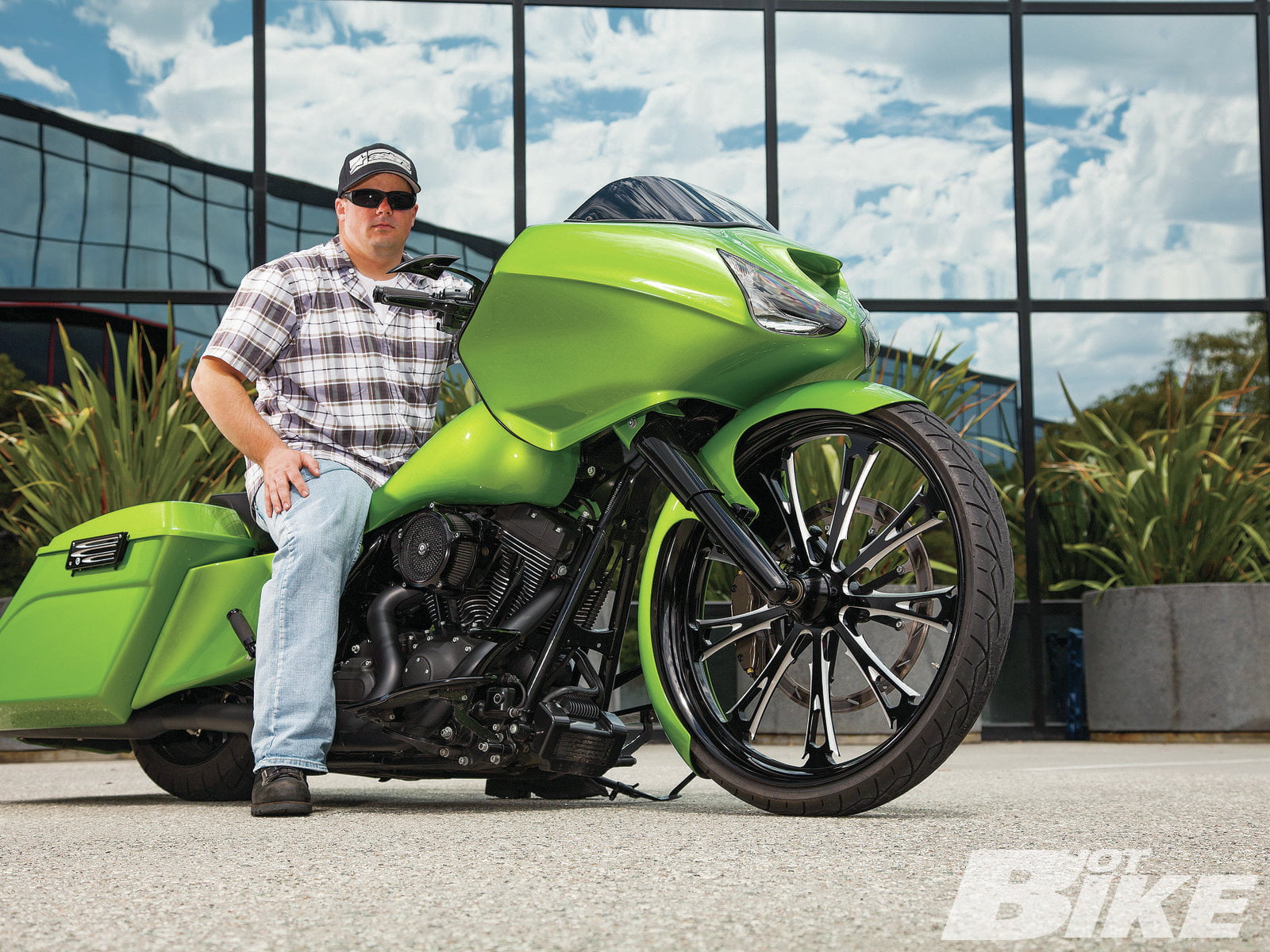 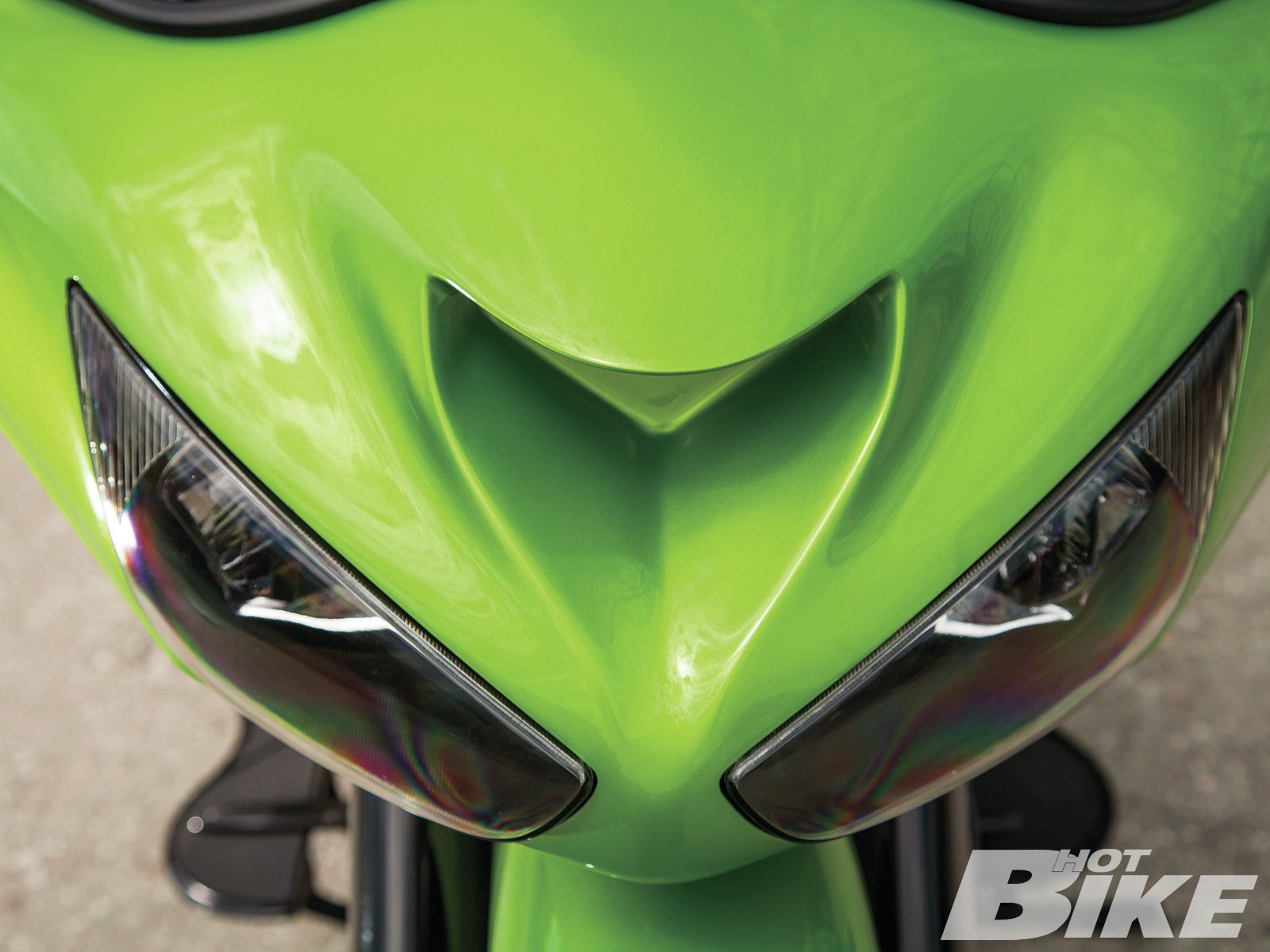 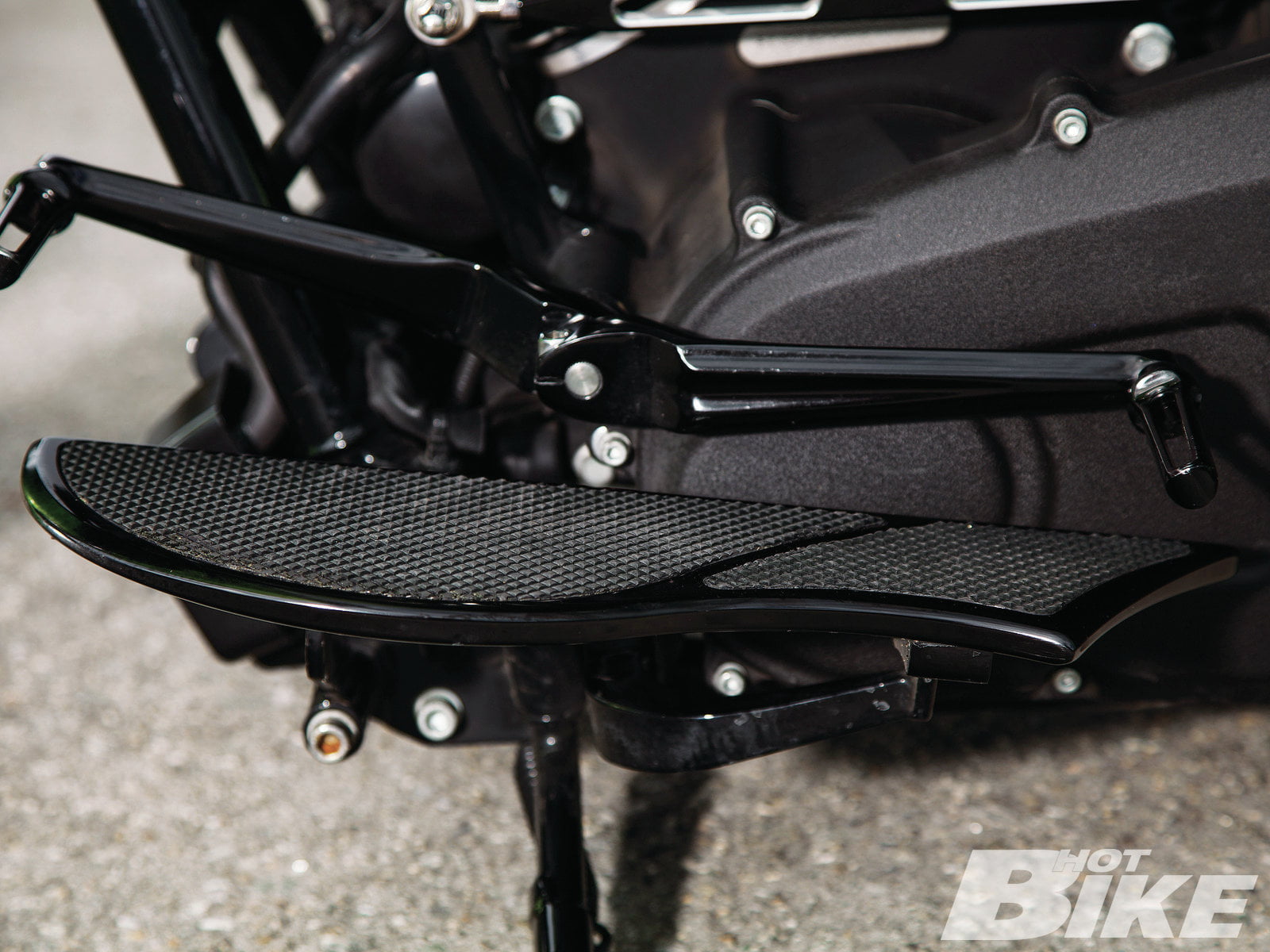 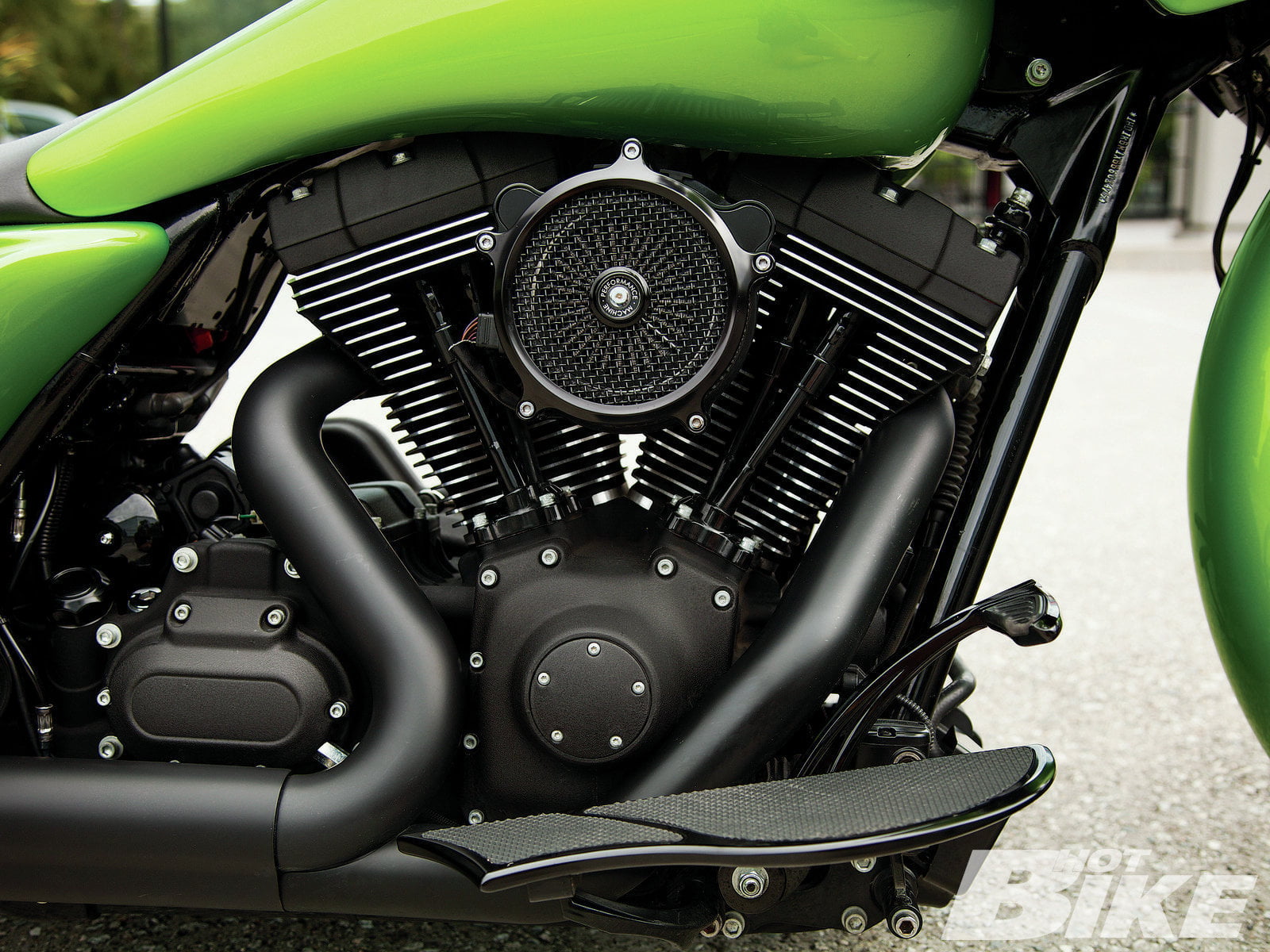 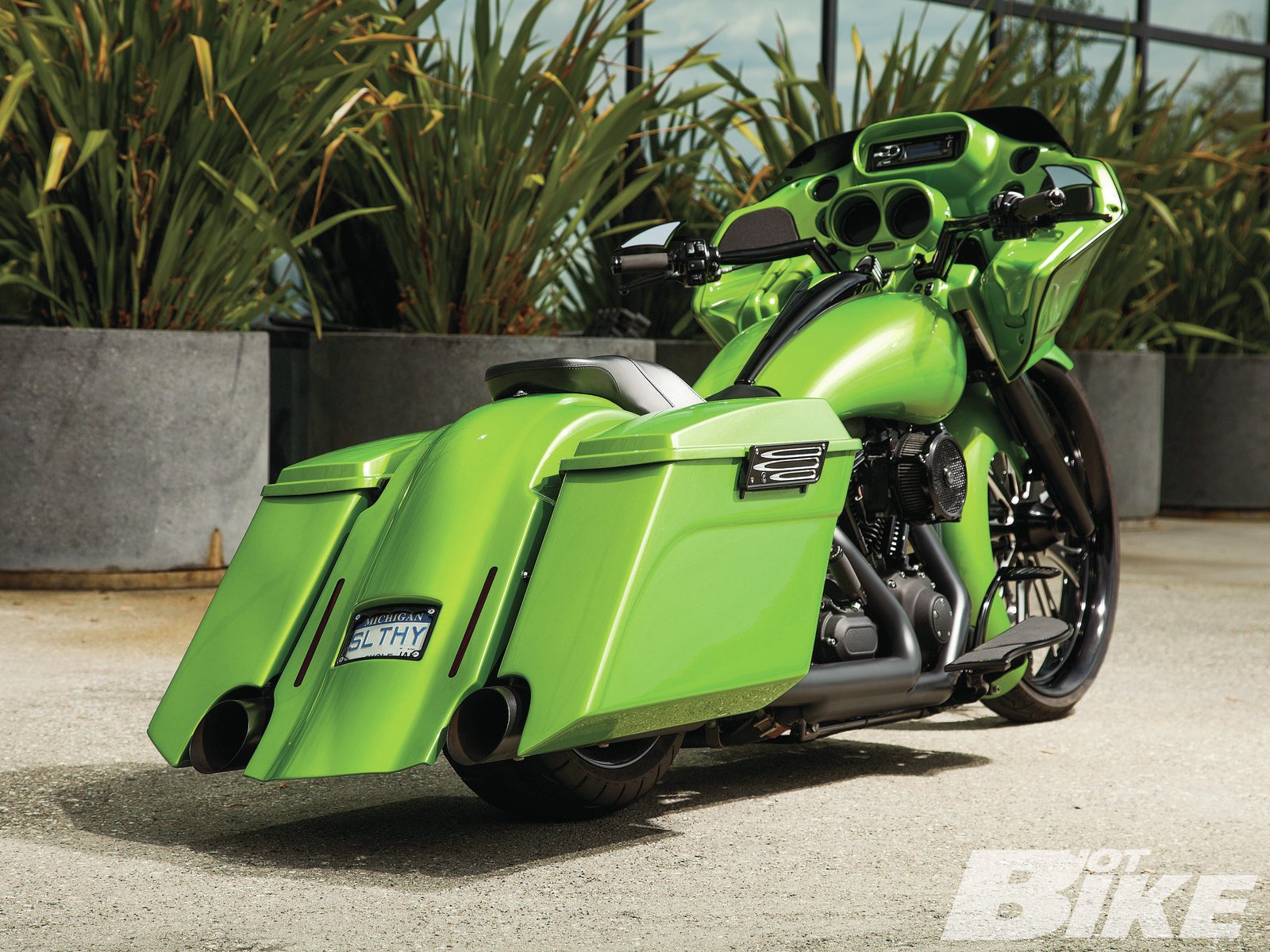 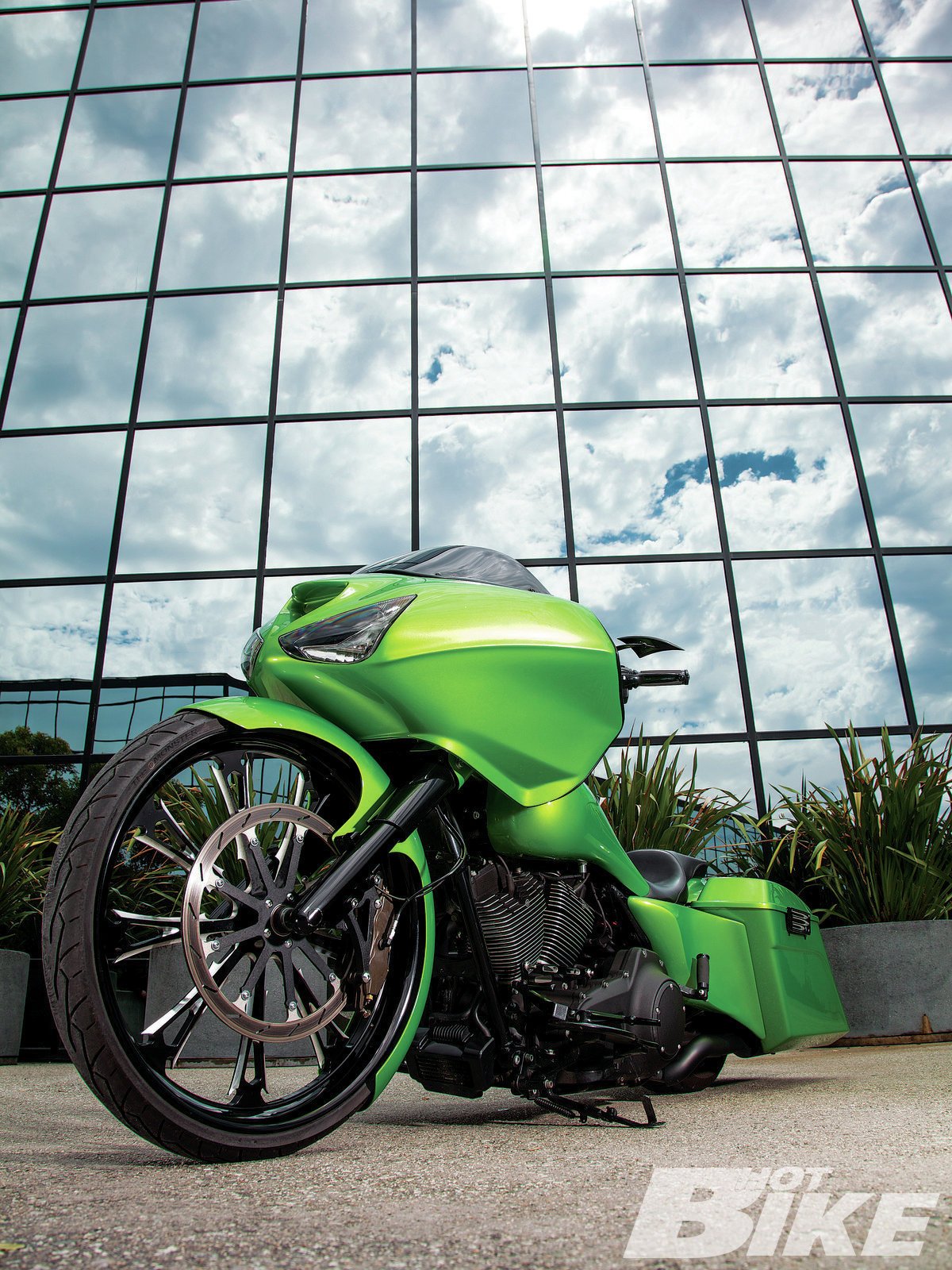 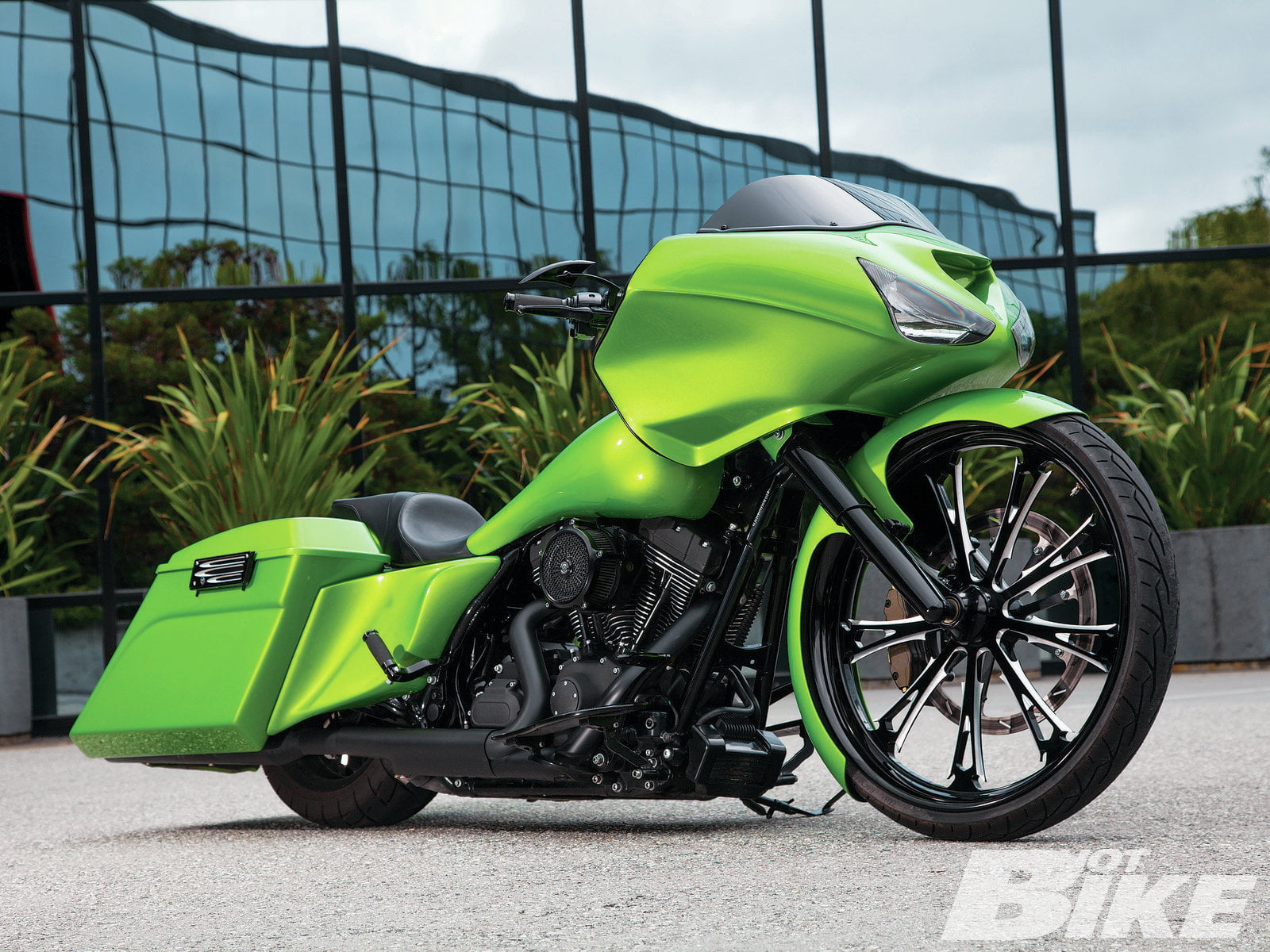 In the race to “go big,” shortcuts are sometimes taken with an emphasis placed on form over function. As a result how many big wheel baggers truly ever see the open road for any decent amount of miles? Brian Schwartz might not be a name you’ve heard before. He isn’t a reality TV star, isn’t married to a Hollywood A-lister, and doesn’t have a semi waiting to tow his bikes to shows. He’s just an average Joe with above-average skills, and above all things, has a love of the open road.

“I’m currently a network administrator for an engineering firm. I like to dabble in bikes and cars in my spare time. I also love taking long motorcycle trips,” explained Brian. “This was my first Harley. I bought the bike new in the fall of 2010 from the dealer after totaling my old Yamaha Roadstar hitting a moose in Wyoming.” For a first timer of sorts, it took a few tries to get this 2011 Street/Road Glide just the way he wanted. “What started the original build was seeing all the big-wheel bikes in the magazines. At first I thought they looked dumb as hell, but they eventually grew on me. The bike started in winter of 2010 as a stock Street Glide that was raked for the 26-inch wheel with stretched bags/fender/tank in a Grabber Blue paintjob. In late winter 2011 I decided I wanted to convert it to a Road Glide, so I switched the front over and also decided to switch bags/fender/exhaust/floorboards/bars and color.”

So with a hammer and chisel (well perhaps more modern tools) Brian got to work making his dream ride. Aside from the glowing green paint, when asked what sets his bike apart from the crowd, he states, “That would have to be the Ballistic 636 RG front fairing with Wooten Race Werks internal fairing support. Its proven road worthy with more than 7k miles of comfortable road trips.” But when questioned a little further, it turns out he had one additional motive fueling his ever-exceeding build budget. “I secretly think some of the push was to prove to all the people who think all big-wheel bikes are trailer queens that they can be taken on long trips. I believe I’ve proven over the past two years that they can be toured with.” With over 26k miles on the 26-inch front wheel, it’s safe to say he’s proved his point.

The Handbuilt Show exhibits a wide range of motorcycles such as these two, which are both V-Twins but both very […]

If you own a late-model bagger, you may know that the new line of Harley-Davidson Touring models have an updated […]

Paint Rehab with the Mothers PowerBall

Mother’s PowerBall is buffed paint on the cheap. Words and Photos: Jeff G. Holt The PowerBall 4Paint comes with a […]

A Streamlined Custom Harley-Davidson Heritage Softail With A 1930s Theme