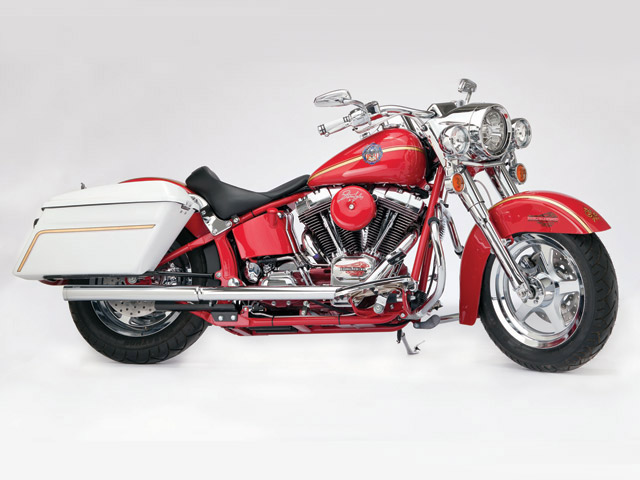 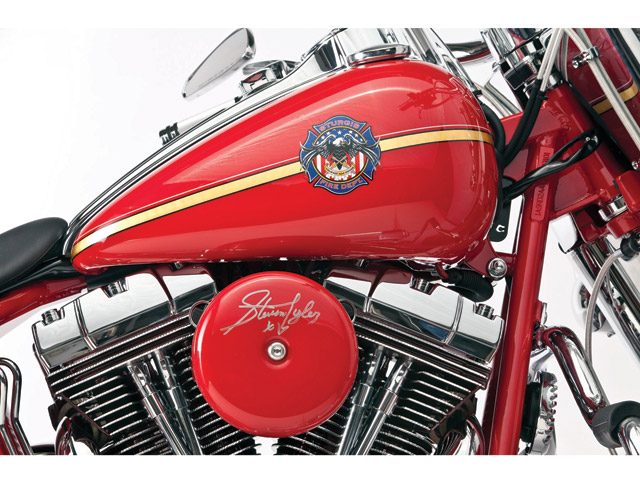 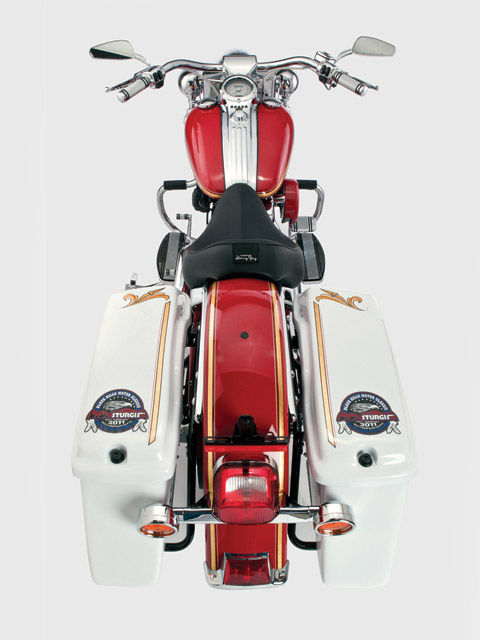 For the second year in a row, Dirico Motorcycles, USA, will donate the official Sturgis Motorcycle Rally bike that will be raffled off, with proceeds benefiting the Sturgis Volunteer Fire Department and other charities in town. Painted fire engine red with white trim and loaded with chrome, this year’s bike will simulate the Sturgis Volunteer Fire Department fire trucks.

Stephen Talarico, owner and president of Dirico Motorcycles, USA, said when he heard this year’s Rally theme would honor the heroes and victims of 9/11, he was compelled to donate another bike for the cause. “I have close family members who were directly affected by the terrorist attacks. Ordinarily, we would not have donated a bike two years in a row, but due to the emotional connection, we are proud to do so,” said Talarico.

Dirico Motorcycles, out of Manchester, N.H., has built the official Sturgis Rally motorcycle for the last three years. After the Sturgis Chamber of Commerce Charitable Foundation paid for the bike and raffle expenses in 2009, the group was able to donate $7,500 for area nonprofit organizations. In 2010 Dirico executives decided to help even more by donating the bike. As a result, last year the raffle raised $25,000 for the Sturgis Rally Charitable Foundation, funds that were ultimately distributed to various local organizations. It was more than the group had ever raised with the bike raffle.

“This year”, said Talarico, “the company decided to extend its charitable donation for another year. The beauty of the raffle, is that 100 percent of all the proceeds directly affect the citizens of Sturgis who reap the benefits of the nonprofit organizations.”

Eric Fowler, a board member with the Sturgis Chamber of Commerce Charitable Foundation, said Dirico has been a great partner for the motorcycle raffle. He called their donation “phenomenal,” because it helps so many people in the community. “I think it’s fantastic, especially in today’s economic times, for a company to step up and do that is pretty incredible,” Fowler said. “They touch a lot of people in the community, whether it be the local Fire Department, boy scouts or other nonprofits we’re helping. It’s far reaching. I think a lot of the community is embracing them more and more now that they’re realizing how big of an impact they are having on the community.”

This is the seventh year the Sturgis Chamber of Commerce Charitable Foundation has raffled off the Official Sturgis Motorcycle Rally bike. It is the only motorcycle at the Rally that has the honor of carrying the official Sturgis Motorcycle Rally logo. Raffle tickets for the bike are $100 and can be purchased online at www.sturgisrallyraffle.com ** after **April 15, 2011 as well as at the display on 3rd and Main Streets, next to the Loud American Roadhouse, or at the Sturgis Area Chamber of Commerce. Only 999 tickets will be sold. Raffle will be held on August 13, 2011 at 8pm at the Loud American Roadhouse.

1. Most parts on a Road King are curved or angled to match the overall style of the bike. Not […]

Wicked ExpansionWicked Bros. Exhaust is pleased to announce the opening of its new facility in Mesa, AZ. Due to increased […]

When Harley launched its water-cooled bagger for 2014, a lot of us freaked the hell out—maybe even stocking up on […]