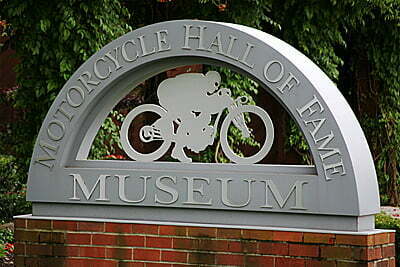 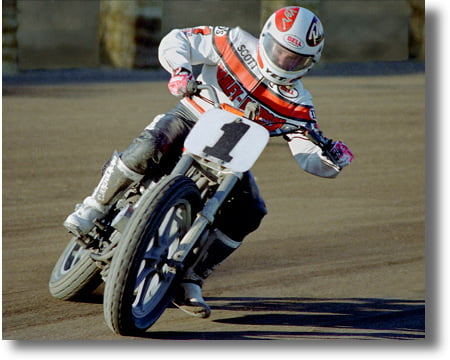 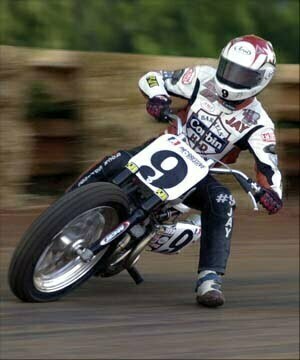 PICKERINGTON, OHIO – Racing legends Scott Parker and Jay Springsteen will be
the guests of honor at the 21st Annual Motorcycle Hall of Fame Museum
“Friendraising” Breakfast on Friday, March 6, in Daytona Beach, Florida. The
flat track champions will share stories with celebrated Harley-Davidson
tuner Bill Werner, whose skills helped Parker and Springsteen to a number of
their AMA Grand National Championships.

The Museum breakfast, a Daytona Bike Week tradition, allows attendees to mix
and mingle with motorcycling’s biggest names, as well as receive rare inside
look at their lives and careers. The event is open the public and tickets
are $49 per person. All proceeds support the non-profit Motorcycle Hall of
Fame Museum and its mission of telling the exciting stories and preserving
the history of American motorcycling.

The talents and accomplishments of Parker, Springsteen, and Werner have led
each to be inducted into the AMA’s Motorcycle Hall of Fame. Parker, inducted
in 2003, is considered one of the great motorcycle racers in the history of
AMA racing. During his career, Parker was a nine-time AMA Grand National
Champion and set an all-time record with his 94 Grand National Championship
race wins, including 55 AMA National Mile wins and 35 AMA Half-Mile wins.
Parker is also a three-time winner of the AMA Pro Athlete of the Year award.
Like Parker, Springsteen is considered one of the best in AMA racing
history. Inducted into the AMA’s Motorcycle Hall of Fame in 2003,
Springsteen is a three-time AMA Grand National Champion with over 40
National Championship flat track race wins.

At the 2009 Museum breakfast, Parker and Springsteen will look back at their
astonishing careers through a discussion led by Bill Werner. Werner, one of
the most successful tuners in AMA Grand National racing history, was
inducted into the AMA’s Motorcycle Hall of Fame in 2000. He offers a unique
perspective on the careers of Parker and Springsteen, as he turned the
wrenches for both.

To join Scott Parker, Jay Springsteen, and Bill Werner at the 21st Annual
Motorcycle Hall of Fame Museum “Friendraising” Breakfast, immediate
reservations are recommended. The breakfast will be held at the Hilton
Daytona Beach Oceanfront Resort in Daytona Beach, Florida, on Friday, March
6, 2009. Registration will begin at 8:00 a.m. with breakfast served at 8:30
a.m. Parker, Werner, and Springsteen will host an autograph session
following the conclusion of the breakfast. Admission is $49 per person.
Sponsorships are also available, and all proceeds benefit the Motorcycle
Hall of Fame Museum. To make reservations or learn about event sponsorship
opportunities, contact the Museum at (614) 856-2222 or visit
www.motorcyclemuseum.org.

My name is Tyler Bex and I’m just a 27 year old punk rocker from Indiana. There isn’t much here […]