Hines posted a perfect .000 reaction time in the final round to defeat alligator farmer Jerry Savoie in the Pro Stock Motorcycle final round. Hines’ 6.866 at 194.94, along with the perfect reaction time, on his Screamin’ Eagle Vance & Hines Harley-Davidson was enough for a holeshot victory against Savoie’s 6.863 at 194.88 on his White Alligator Racing Suzuki. This is Hines’ fourth win of the season, 46th of his career, and third at Brainerd Int’l Raceway. He rode past veteran Steve Johnson, Cory Reed, and Hector Arana Jr. in the earlier rounds. 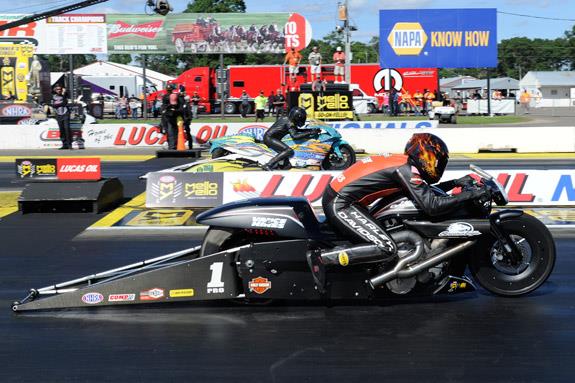 Defending world champ Andrew Hines, near lane, recorded a perfect .000 reaction time in the Pro Stock Motorcycle final round and took that advantage all the way to the finish line to defeat Jerry Savoie. It was Hines’ fourth win of the season and 46th of his career.

“I was definitely a little nervous because we came here with the intentions of preparing for the Countdown,” said Hines, the winningest Pro Stock Motorcycle racer in NHRA history. “We put brand-new tires on the bike, which turned out, in hindsight, to be a very bad decision because the track is so good here. We were battling with the tune-up on Friday. We just pecked away at it all weekend. We took our chance at it in the final round, put an old tire back on it, and it went nice and straight. I was pressing it because I knew I needed an advantage over Jerry.” 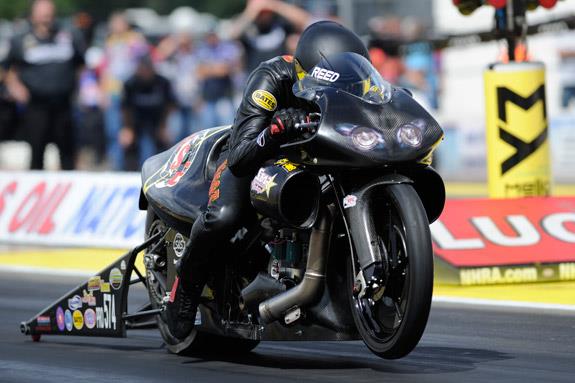 Rookie Cory Reed posted a .007-second reaction time in the first round and gained lane choice over Andrew Hines in the quarterfinals. Unfortunately for Reed, his Buell wouldn’t shift, and he coasted to the finish line. 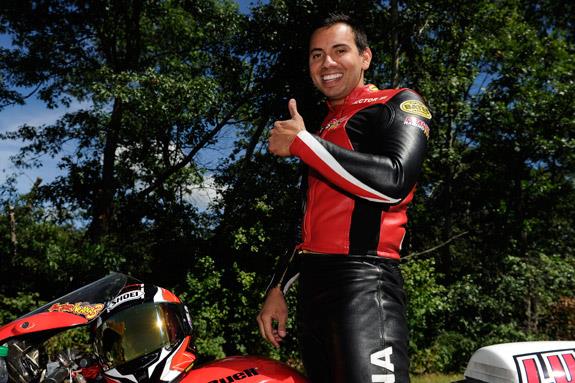 Hector Arana Jr., who qualified in his second-best position of the season, was having a good race weekend until he red-lighted against event winner Andrew Hines in the semifinals. 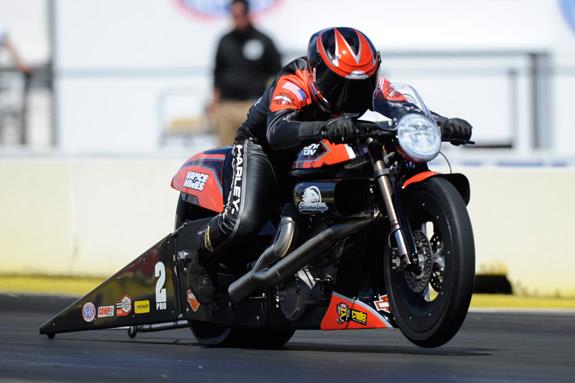 Eddie Krawiec was unable to defend his 2015 Brainerd title when he was defeated by event runner-up Jerry Savoie in the semifinals.

Classic yet aggressive. It’s the first thought that came to our minds when we caught a glimpse of Indian’s newest […]